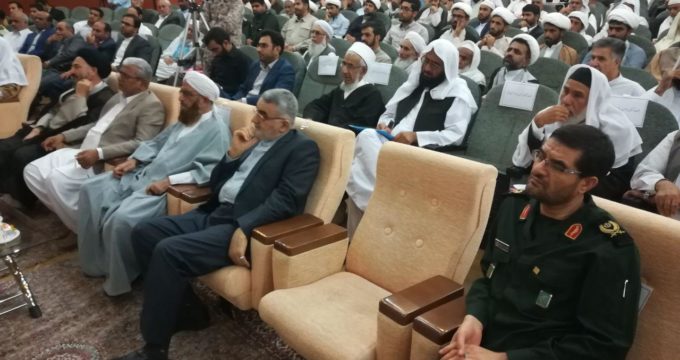 IRNA – A senior Iranian lawmaker said in southeastern province of Sistan-Baluchestan that Shia and Sunni Muslims are united in safeguarding the Islamic Republic’s security and borderlines together.

Addressing a local gathering in Iranshahr, Head of Parliament National Security and Foreign Policy Commission Aladdin Boroujerdi described the Islamic Republic a ‘strong tree’ against which the US and its allies ‘can’t do a damn thing’.

He added that US President Donald Trump made his first official visit to Saudi Arabia to loot the Islamic World’s oil and sell American weaponries aimed at massacring more than 10,0000 innocent Yemeni people.

The lawmaker said that Iran is fighting against the Takfiri terrorists in Iraq and Syria at the request of their central governments.

Boroujerdi stressed that the US is seeking to reorganize the ringleaders of terrorist group of Daesh (ISIS) and relocating them in other Islamic countries, Afghanistan in particular.

They are trying to encoutner Islam and shatter the Islamic Ummah’s unity, he said.

The senior legislator also urged Muslim ulemas to play a leading role in cultural and intellectual enlightenment of people in the society.