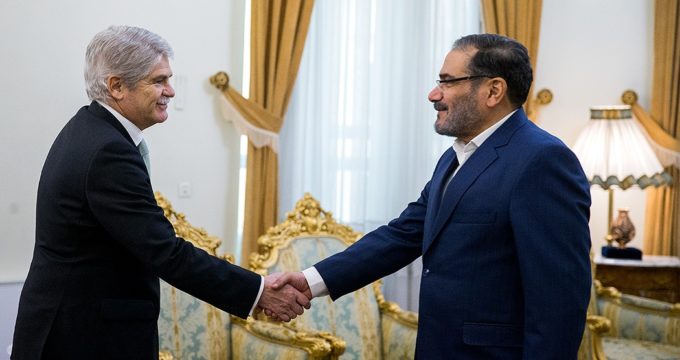 IRNA – A top Iranian official criticized the European Union’s inaction on the US negative actions against the nuclear deal reached between Iran and world powers in 2015.

He pointed to the US efforts to jeopardize the nuclear deal and noted that failure of the JCPOA will discredit the international negotiations.

The official noted that the EU has not taken adequate measures to save the JCPOA.

Shamkhani said that Iran will withdraw from the JCPOA if it gets no benefit from the deal.

Shamkhani lauded certain European countries’ arm embargo against the UAE and Saudi Arabia for their crimes against the Yemeni people and noted that warmongers cannot ignore the reality and evade their responsibility.

He also called for the EU pressure on the Zionist regime to stop escalation of tensions in the region by attacking Syria and Lebanon.

The official described terrorism as a common threat to the whole world including Europe and welcomed cooperation with Spain in fighting the sinister phenomenon.