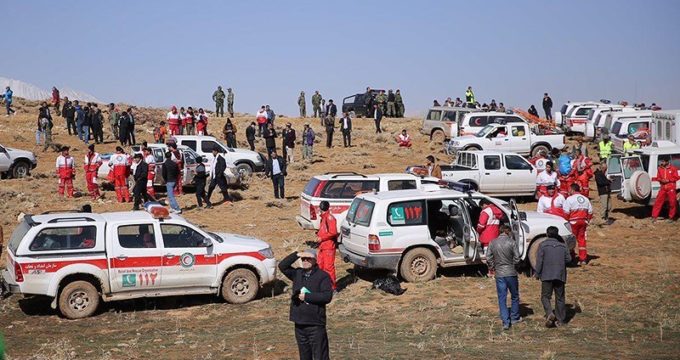 IRNA – A seven-member delegation from France is going to examine the site of the ATR plane crash on top of the Dena mountain in Yasouj, southwestern Iran, to find the black box of the plane, said Member of Iran’s Majlis (Parliament) Asghar Salimi.

The French delegation arrived in Iran on Tuesday night to examine the reason behind the crash of an ATR passenger plane on February 18, which killed 66 passengers and crew on board.

Three persons of the French delegation are members of a civil aviation incident investigations commission and the rest are officials from the ATR Company, French-Italian aircraft manufacturer, Jafarzadeh said.

A Canadian company, which manufactured the ATR engines, has also expressed readiness to dispatch its experts to Iran if needed to review the case, the official added.

Jafarzadeh said that the reason behind the presence of the French delegation in Iran is because their visit is taking place under the international regulations and in order to help find the cause of the crash.

The plane’s black box has not been found yet, said the official however, its information can be decoded in Iran unless it is transferred to France based on the request of the manufacturing company.

The wreckage of the plane was found on February 20.