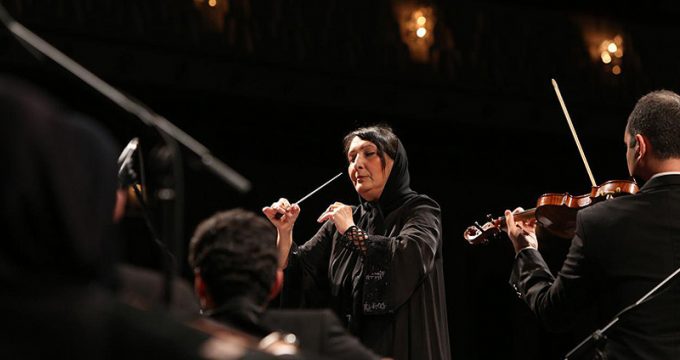 The conductor smashing Iranian taboos over women, and music

The Guardian | Saeed Kamali Dehghan: In her 38-year career, which is as long as the history of the Islamic republic, Iran’s first and only female conductor had led as many public performances as the number of fingers that hold her baton.

Last month, however, Nezhat Amiri conducted a 71-member orchestra performing at Tehran’s most prestigious concert hall – a remarkable milestone in a country where it is considered taboo for state TV to show musical instruments, women are not allowed to sing solo and female musicians have been prevented from going on stage in provincial cities.

“From the beginning, I’ve swum against the current – I wasn’t seen, the society didn’t make any effort to nurture my skills and the ruling establishment turned its back on me,” Amiri, 57, told the Guardian. “But I’m still doing it, I’m showing that there are ways, and there will always be.”

iran's music, Iranian women, Nozhat Amiri February 22, 2018
TEDPIX trade dips 0.15%
Afrin: ‘If the Syrian government moves in, the US has to move out’