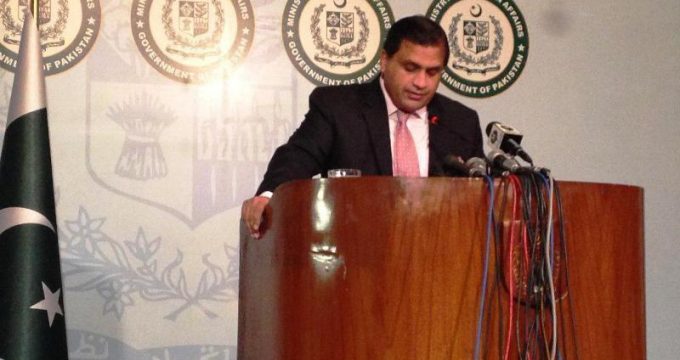 IRNA – Pakistan foreign ministry spokesperson in a tweet message has sympathized with Iranian people and leadership over the plane crash which claimed the lives of 66 people.

“We are deeply saddened at the tragic plane crash in Iran today, reportedly leading to deaths of all the passengers and crew onboard. Our hearts go out to the families of the bereaved at this difficult hour,” Muhammad Faisal writes in the message.

A passenger plane ‘ATR’ belonging to Aseman Airline crashed in the outskirts of Semirom city, south of Isfahan province, on Sunday morning and all its 66 passengers and crew members were reportedly killed.

The plane was flying from Tehran to Yasouj, capital of Kohgiloyeh-Boyer Ahmad Province.