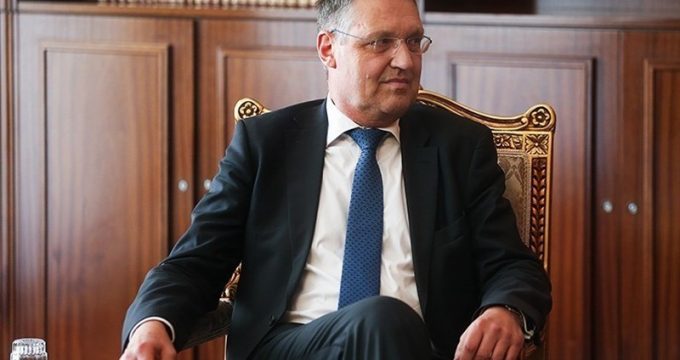 EU Envoy to Russia: European approach to JCPOA close to positions of Moscow

Sputnik – The European Union’s stance on the nuclear deal with Iran, known as the Joint Comprehensive Plan of Action (JCPOA), is closer to the positions of Russia and China on the issue than the one of the Untied States, the EU ambassador to Russia said in an interview with the Kommersant newspaper.

Markus Ederer said that the European Union considered that in the nuclear-related issues the JCPOA was the best possible agreement and there were no reasons to cast doubt on Iran’s compliance with the nuclear deal.

According to the diplomat, the European Union regrets that the position of Washington on the issue is different from the one of Brussels, which is “closer” to the positions of Beijing and Moscow.

The official added that the European Union had also voiced concerns over several other Iran’s activities, such as its policy in the region or the ballistic missile program, however these issues should be considered independently of the JCPOA.

In July 2015, Iran signed the nuclear agreement with the European Union and the P5+1 group of nations comprised of the United States, Russia, China, France and the United Kingdom plus Germany.

The agreement stipulates a gradual lifting of sanctions imposed on Iran in exchange for Tehran maintaining the peaceful nature of its nuclear program.

In late October, US President Donald Trump refused to re-certify the nuclear deal, accusing Tehran of violating the spirit of the agreement. Despite the fact that Trump decided not to contest Tehran’s compliance with the deal at the international level, he did not exclude a possible withdrawal from the deal if the agreement was not improved.

Other JCPOA signatories called on the United States to comply with the agreement’s provisions, saying that the deal had yielded results and was non-negotiable.