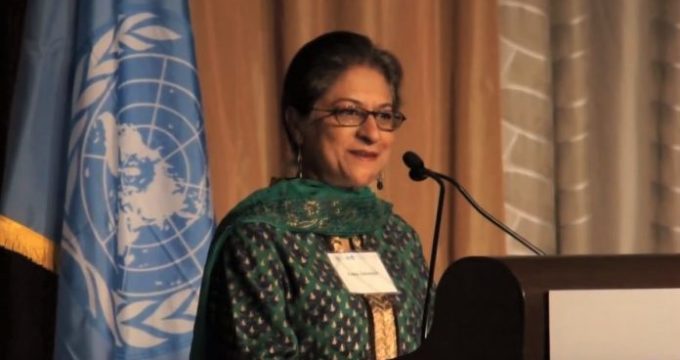 United Nations Iran– United Nations Secretary-General António Guterres on Sunday expressed his sorrow at the demise of prominent human rights defender and UN Special Rapporteur Asma Jahangir, who passed away at the age of 66.

“We have lost a human rights giant,” said Mr. Guterres in a statement.

“Asma was brilliant, deeply principled, courageous and kind […] She will not be forgotten,” he added, expressing his condolences to Ms. Jahangir’s family, friends and colleagues, including in the UN and civil society.

She reportedly suffered a cardiac arrest and was taken to hospital, where she passed away.

A national of Pakistan, Ms. Jahangir, was recognized both nationally and internationally for her contribution to human rights and was the recipient of major human rights awards. She worked extensively in the field of women’s rights, protection of religious minorities and in eliminating bonded labour.

She was also elected as the President of the Supreme Court Bar Association of Pakistan and as Chairperson of the country’s Human Rights Commission.

The Office of the UN High Commissioner for Human Rights (OHCHR), which supports Special Rapporteurs and independent experts in the discharge of their mandate, also expressed its sadness at Ms. Jahangir’s passing.

“She was a legendary human rights defender: pioneering, determined, calm, courageous – and a lovely human being,” the office said in a tweet posted on its official account.

UN Special Rapporteurs and independent experts are appointed by the Geneva-based Human Rights Council – the highest UN intergovernmental body on all matters related to human rights – to examine and report back on a specific human rights theme or a country situation.

The positions are honorary and the experts are not UN staff, nor are they paid for their work.