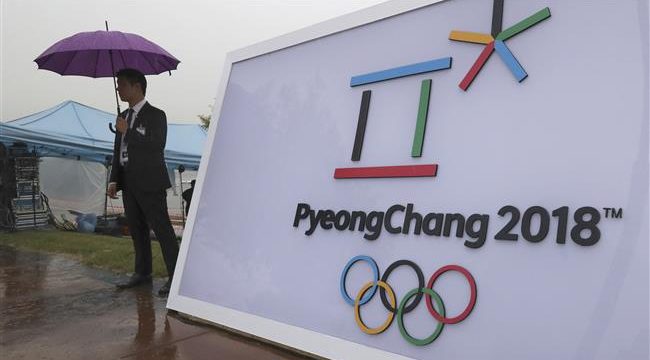 The story of Samsung gift’s scandal to Iranian Olympians

February 10, The Iran Project – The news reports over Samsung’s decision to exclude Iranian Winter Olympics attendees from receiving the company’s Olympic-edition smartphones sparked outrage in Iran, prompting the Foreign Ministry to summon the South Korean ambassador which eventually led to an apology from the company.

Earlier this week, media report said 4,000 of Samsung Galaxy Note 8 were being given to athletes taking part in the Winter Games starting Friday (Feb. 9) in South Korea, but the athletes from Iran and North Korea would not get the gifts,  allegedly due to sanctions.

Shortly afterwards, the International Olympic Committee (IOC) backed down on a decision to deny gift Samsung smartphones to both Iranian and North Korean athletes.

Following that incident, Iran’s Foreign Ministry summoned South Korean ambassador Wednesday night to express strong protest over the decision, which spokesperson Bahram Ghasemi described as “unethical” and “contrary to the spirit of Olympic Games” with its celebrated principle of prohibiting any form of discrimination with regard to a country or a person on grounds of race, religion, politics, gender or otherwise.

“The South Korean ambassador was informed that if Samsung does not apologize for this unwise move, this issue will severely affect the company’s trade ties with the Islamic Republic of Iran,” Ghasemi stated.

The South Korean ambassador, while voicing deep regret over the dilemma, said the issue has been followed up in several contacts with relevant officials at the Korean foreign ministry, the government and Samsung conglomerate, adding “According to the remarks made by government officials and Samsung managers, they, as the sponsor for Winter Olympic Games, had no part in the misunderstanding about the distribution of these products.”

On Feb. 8, Iranian Foreign Minister Mohammad-Javad Zarif issued an ultimatum to Samsung Co. to apologize for excluding the Iranian Olympians from receiving phones as a gift in South Korea Winter Olympics, an informed source said.

If Samsung Electronics Company does not withdraw from its decision until Thursday afternoon, Zarif will not use Samsung any more as he has it now as his cell phone, the source told Islamic Republic News Agency (IRNA).

Finally on Feb. 9, organizers of the Pyeongchang 2018 Olympic Winter Games in South Korea say they have formally apologized to Iran over an earlier decision to deny its athletes gift Samsung smartphones, which sparked diplomatic furor in Tehran.

The head of the Pyeongchang organizing committee, Lee Hee-beom, confirmed he had written to the Iranian sports delegation “to apologize for the misunderstanding.”