A Look at Iranian Newspaper Front Pages on February 10

Iran Front Page- IFP has taken a look at the front pages of Iranian newspapers on Saturday, February 10, and picked headlines from … of them. IFP has simply translated the headlines and does not vouch for their accuracy.

The top story in all Iranian newspapers today was the remarks made by the Leader of Iran’s Islamic Revolution Ayatollah Seyyed Ali Khamenei in a meeting with air force commanders and personnel.

During the meeting, the Leader urged the Judiciary, the government, and the Parliament to seriously and harshly fight against corruption, especially among officials, as the people are angry with corruption and discrimination.

Also a top story was the 22 Bahman nationwide rallies due to be held on Sunday to mark the 39th anniversary of the victory of Iran’s 1979 Islamic Revolution. All state bodies and officials, particularly the Leader, have called for the people’s huge turnout in the rallies.

1- Iran Leader: Fight against Corruption among State Officials Must Be Serious, Harsh

2- Larijani: Those Who Cause Rift Betraying Nation, Revolution

3- Rouhani: Gov’t Not a Good Businessperson, People Must Be in Charge 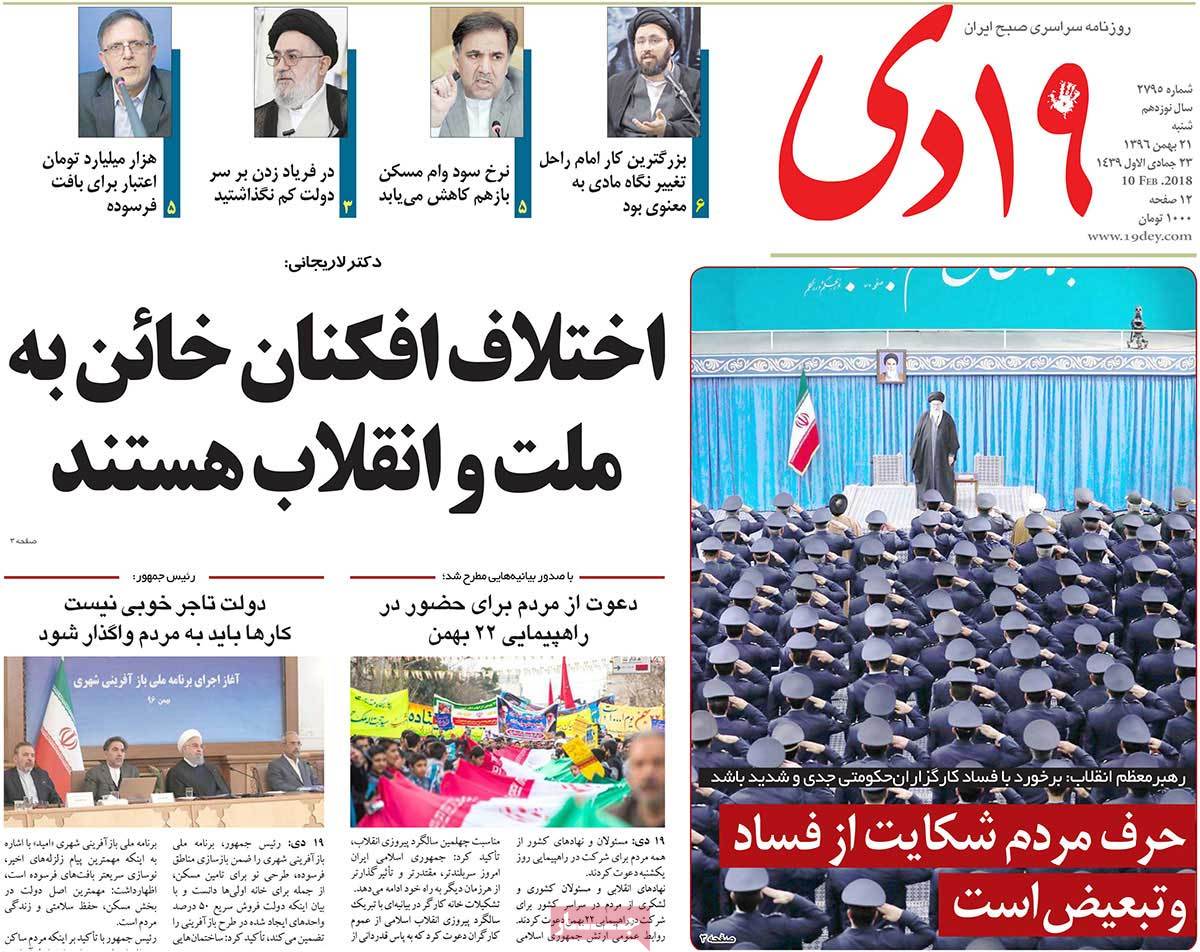 1- Iran Leader: Know the People, They Are Complaining of Corruption, Discrimination

2- People to Have Glorious Turnout in 22 Bahman Rallies 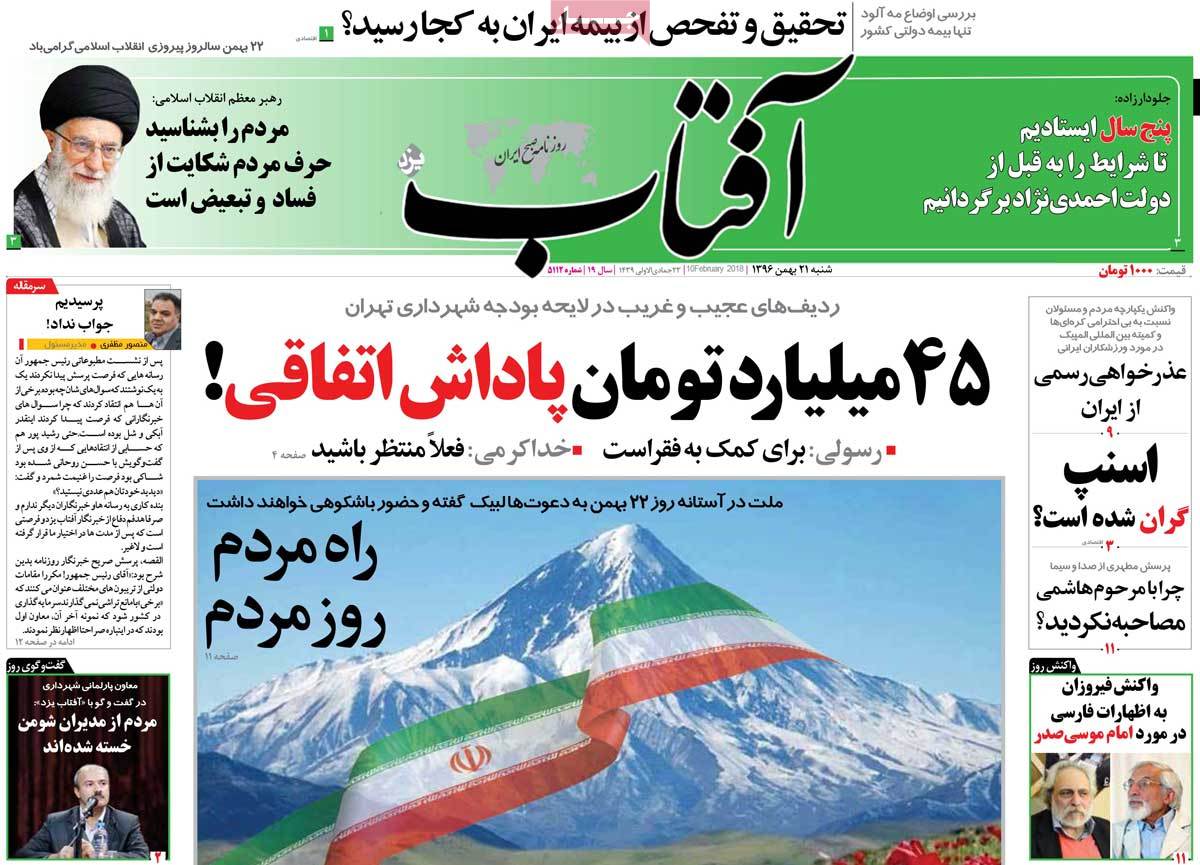 1- Iran Leader: This Year’s Celebrations of Revolution Anniversary to Be More Glorious 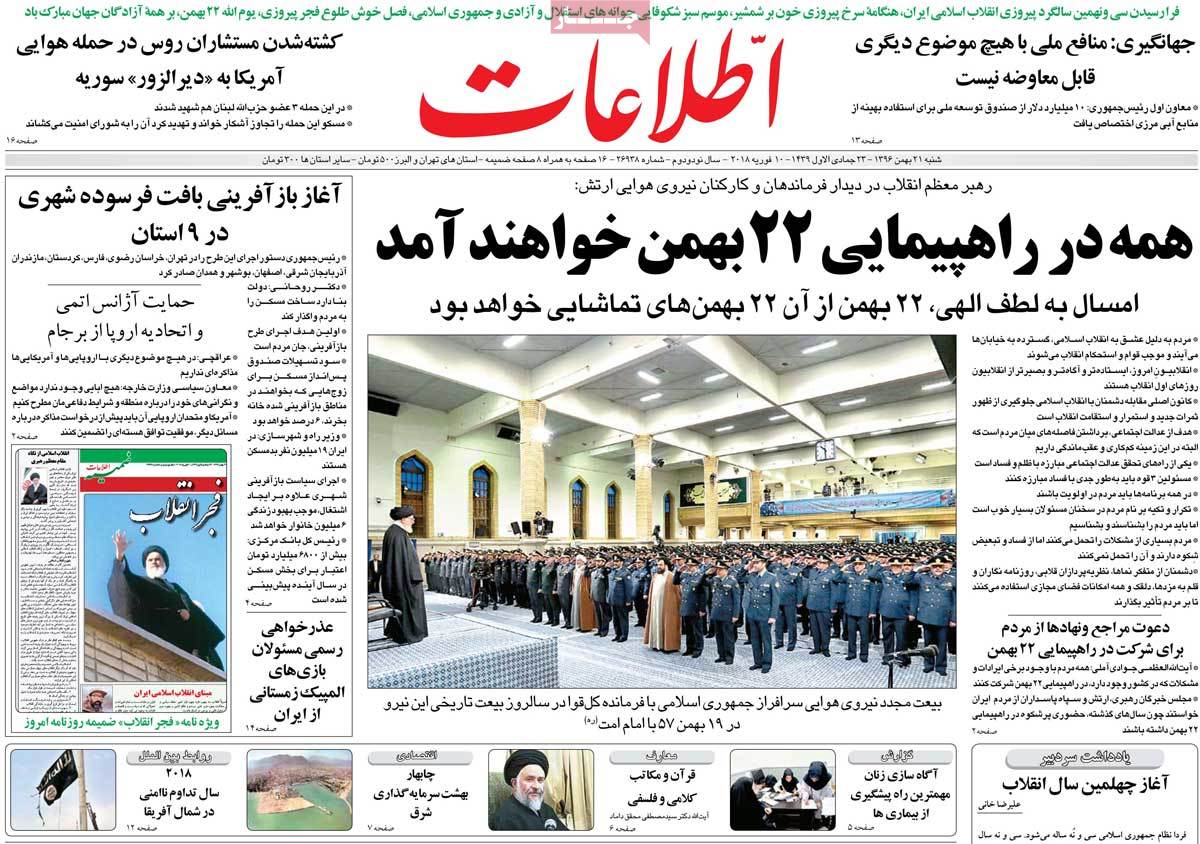 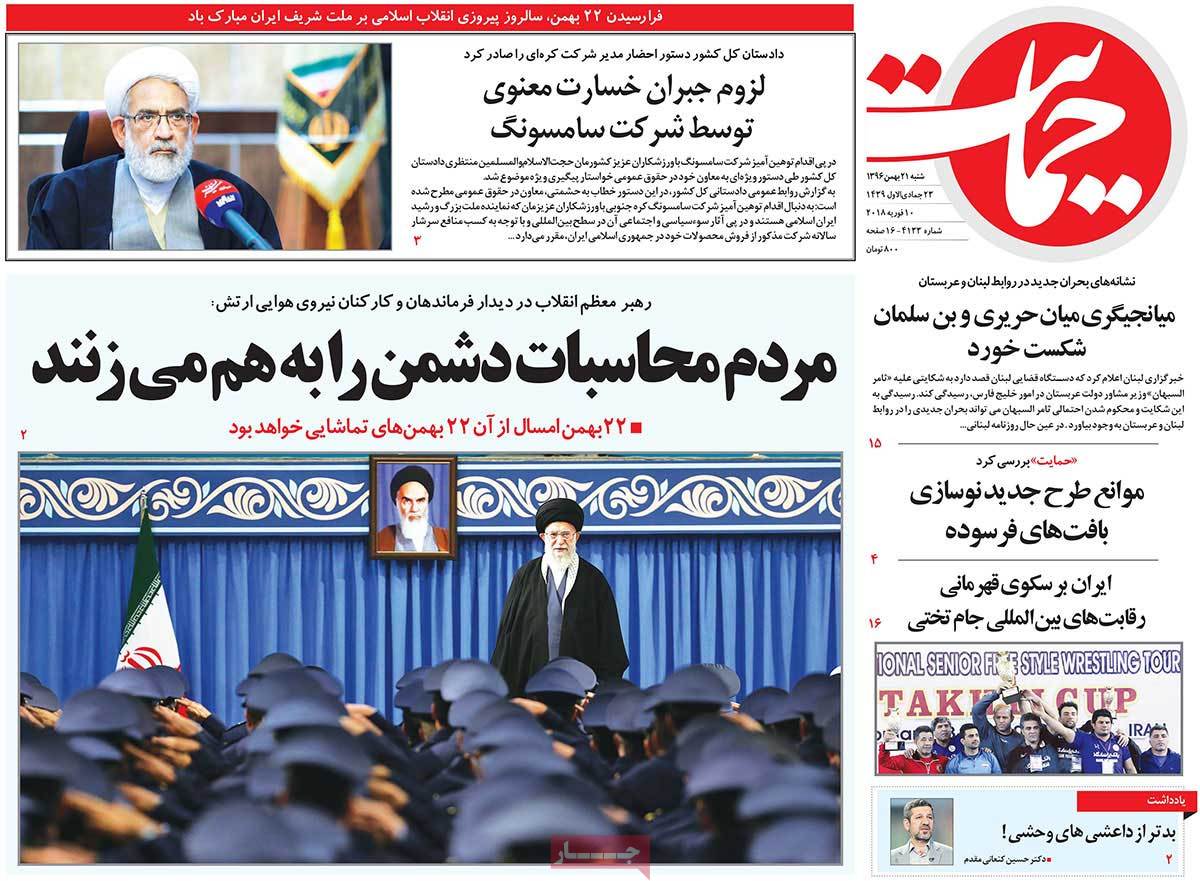 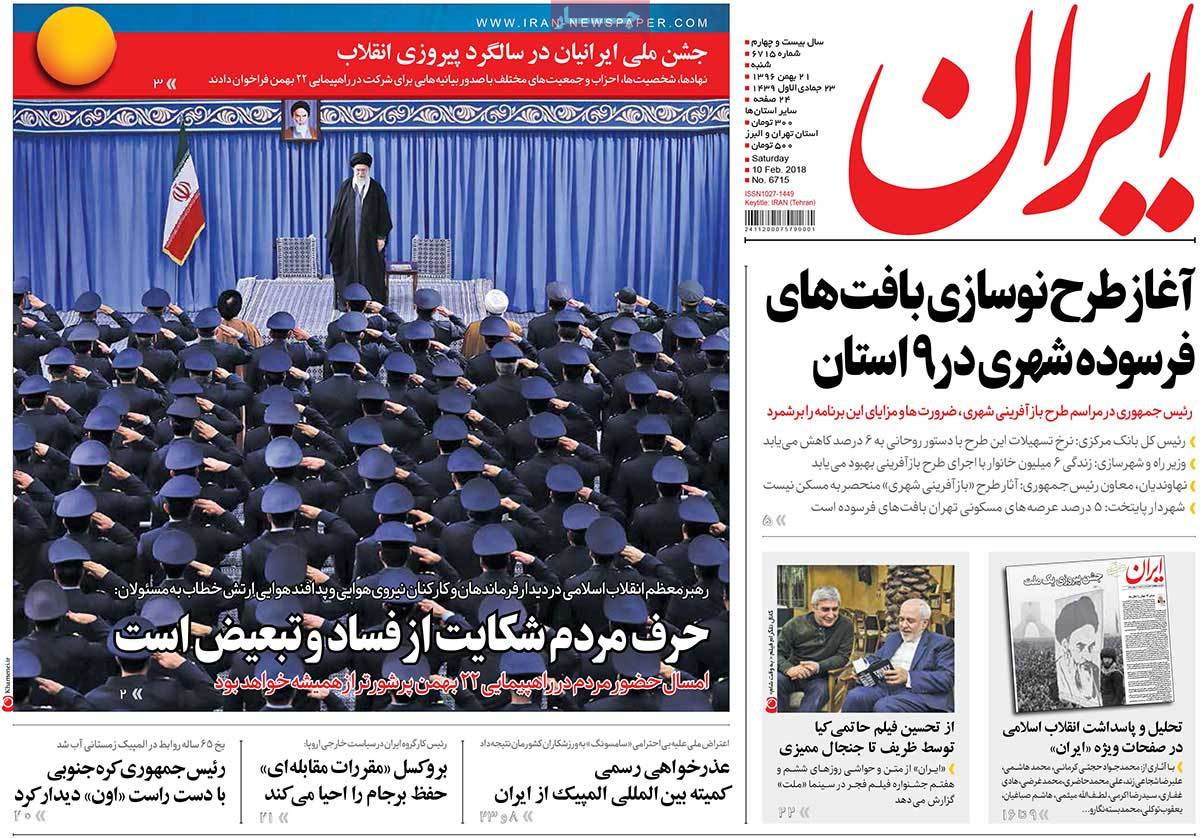 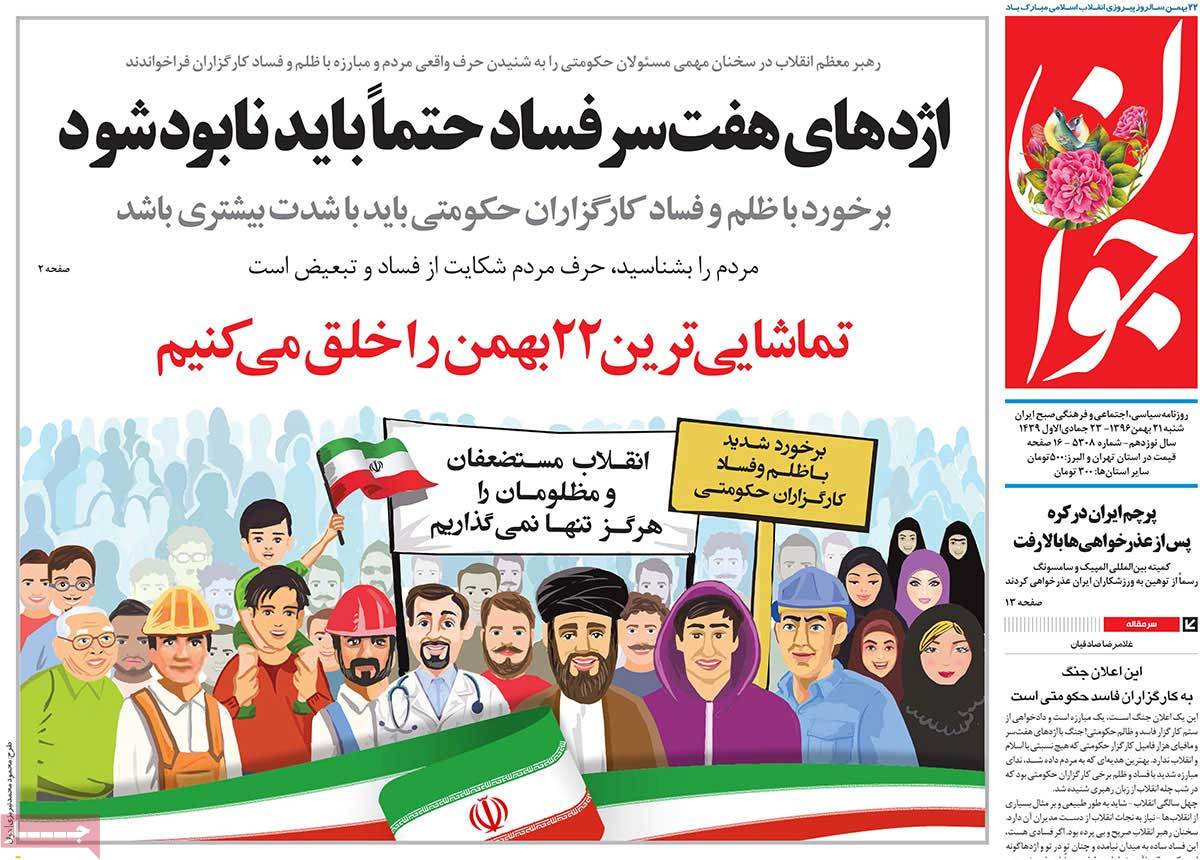 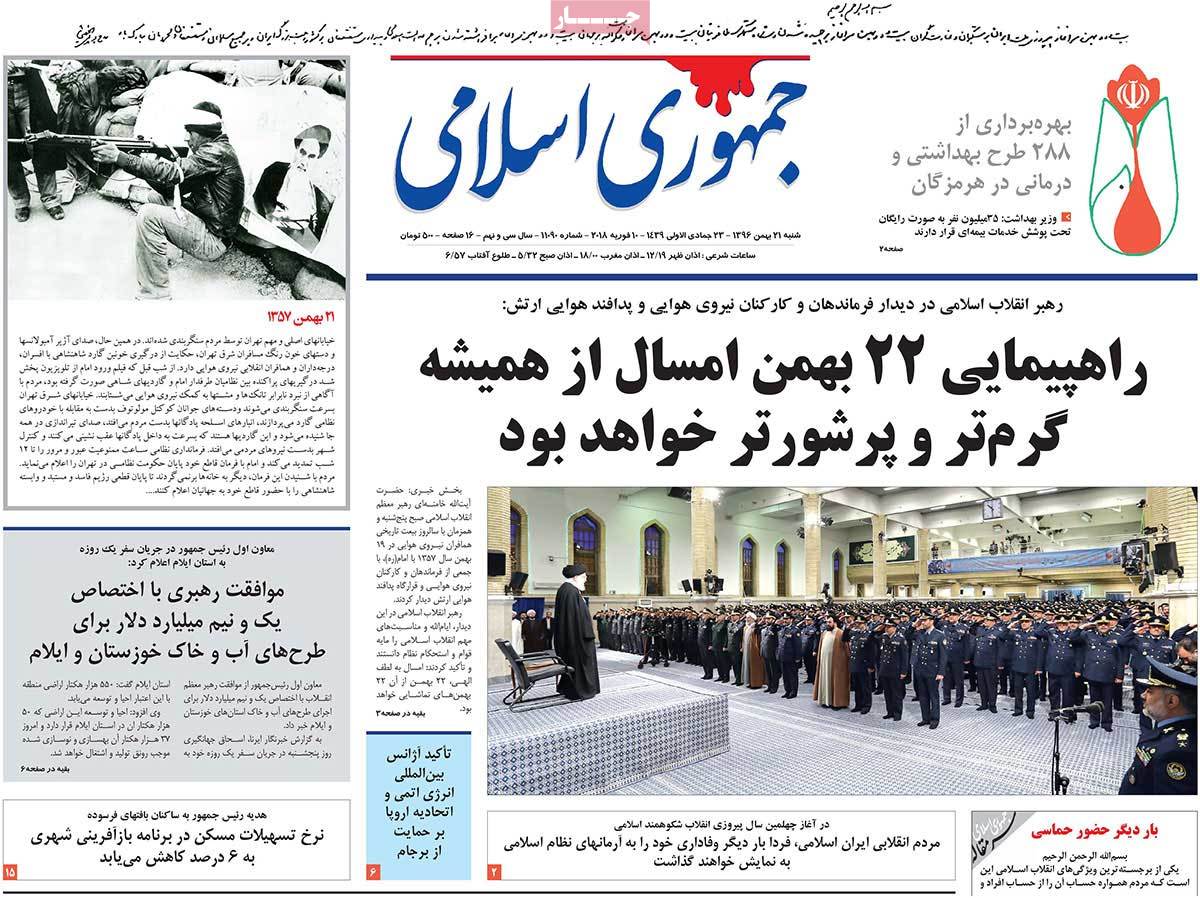 1- Iran Leader: If We Could Help Yemen, We’d Have Given Them Hundreds of Missiles, Not One 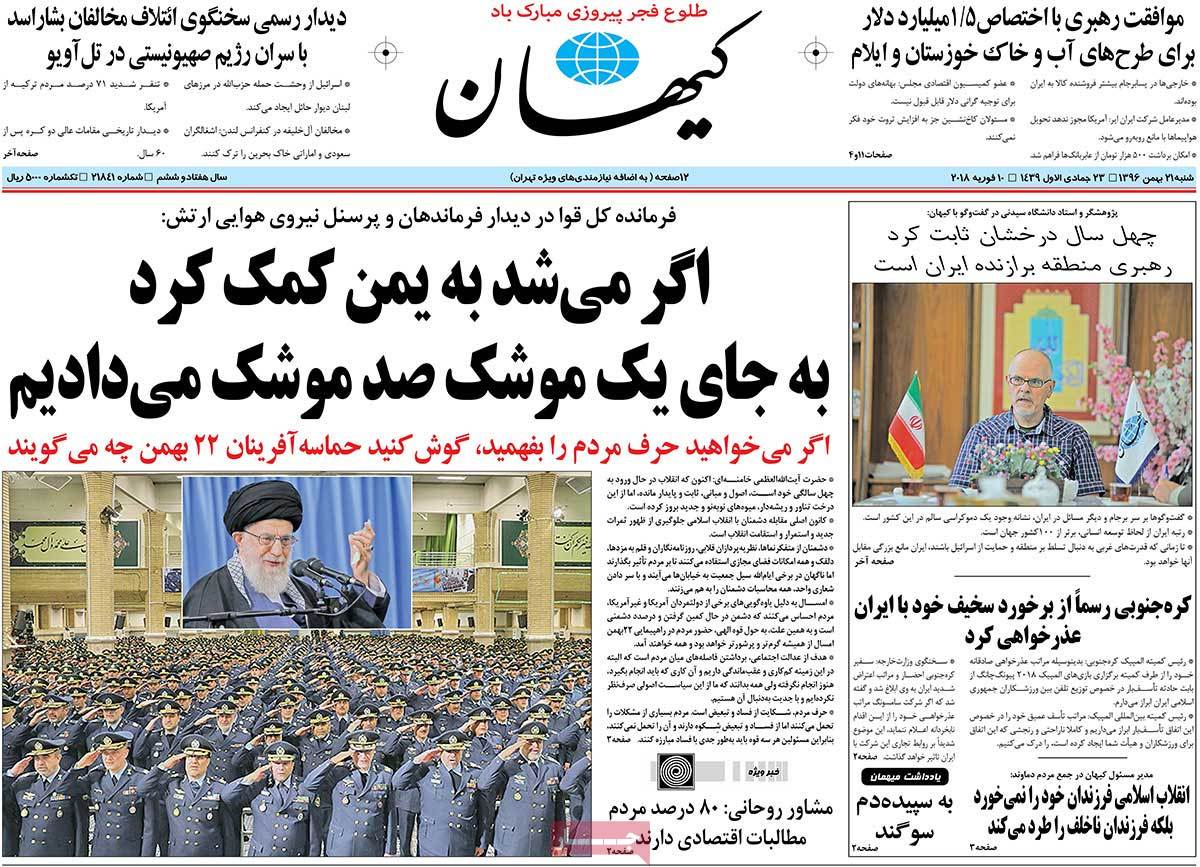 1- Iran MP: We Had Acceptable Level of Freedom of Speech under President Khatami 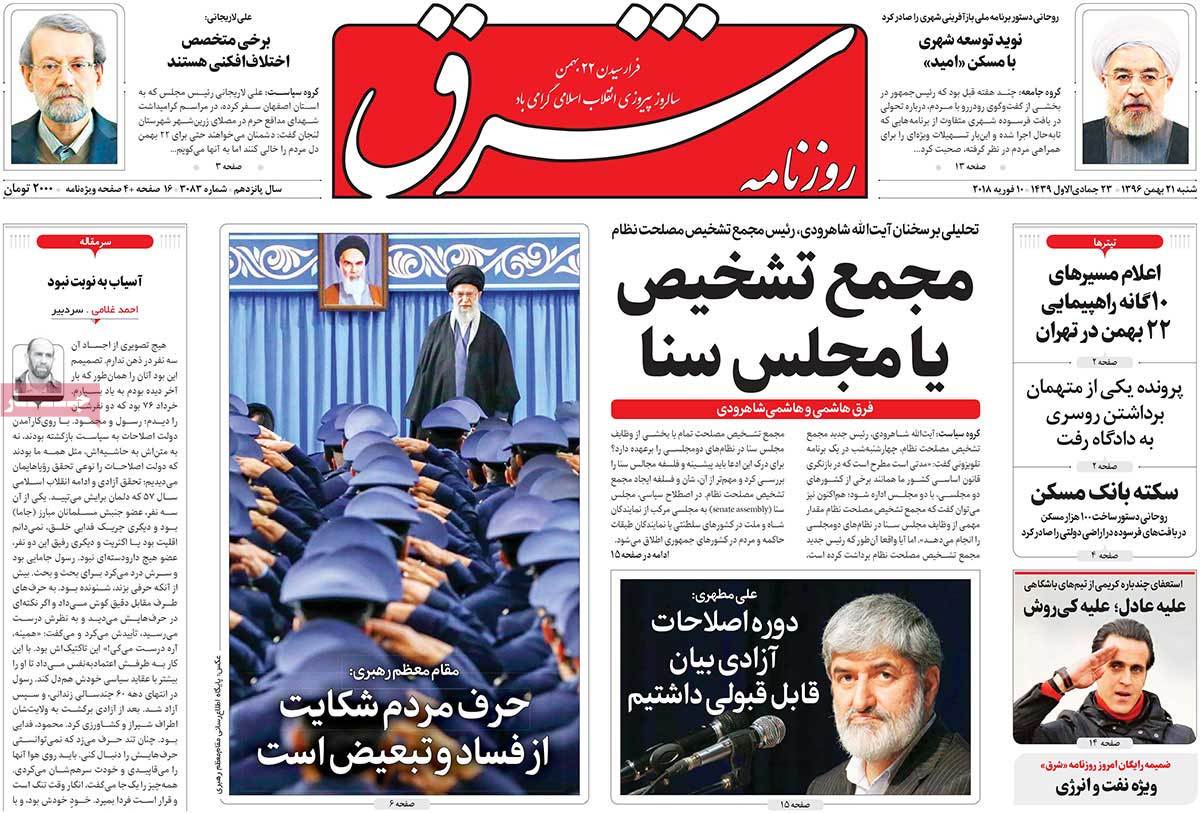