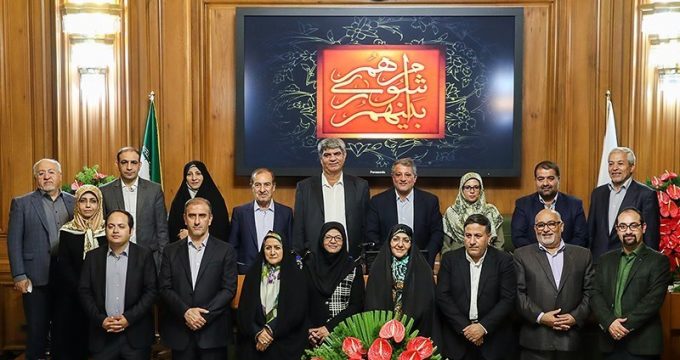 Financial Tribune- The Tehran City Council passed the municipality’s budget for the next fiscal year (March 2018-19) on Tuesday, the council spokesman said.

“Under the new municipal management that took office in August 2017, TM’s budget management will rely more on sustainable revenues for the next year,” he said.

In October, the municipality released the balance sheet for the first six months of the current year, based on which 79% of TM revenues have unsustainable sources.

Hojjatollah Mirzaei, deputy mayor for planning and urban development, said the municipality plans to broaden its revenue sources beyond construction taxes and duties.

The new sources, according to Mirzaei, include taxes on municipal services and facilities, state funding, foreign investment and finance deals, value-added tax and private sector investment in economically feasible projects.

Headline inflation in Iran has increased by nearly 10% this year, allowing Tehran Mayor Mohammad Ali Najafi to ask for a bigger budget on reasonable grounds.

Yet, the newly-appointed mayor and his budgetary team have decided to roll back expenses in view of the capital city’s limited resources amid the recession-ravaged housing sector.

The municipality has drastically reduced the budgetary allocation for large-scale projects that more often undermine the quality of life for citizens rather than improving it.