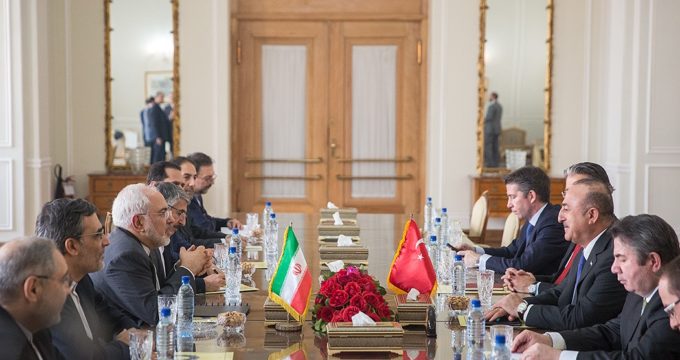 During this meeting, the two sides exchanged views on various ways of strengthening bilateral relations, especially in the economic and cultural sectors.

Zarif and Çavuşoğlu also discussed the situation in the region, as well as the results of the Sochi Congress on Syria.

The Turkish FM’s visit came a day after Iranian President Hassan Rouhani vehemently criticized Ankara for Afrin Operation saying that the entry of a foreign army into the soil of another country should be done with the authorization of that country.

“This is not justified and we would like that it ends as quickly as possible,” added Rouhani.

Ankara launched the Afrin operation some two weeks ago after the US said it would work with Kurdish militants to set up a 30,000-strong border force near Turkey.

Turkey views those militants as terrorists linked to the homegrown Kurdistan Workers’ Party (PKK), which has been fighting for independence for decades.

The ‘Operation Olive Branch’ is currently focused on the Afrin region, but Turkey has said it could extend to the nearby Kurdish-controlled city of Manbij and beyond.