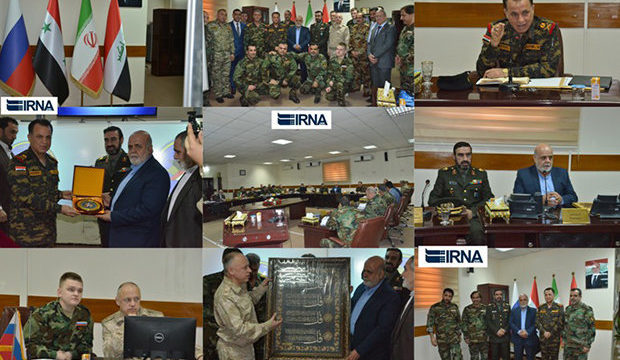 IRNA – ‘Iran, Russia, Iraq, and Syria quadrilateral center of intelligence’ in a meeting here emphasized the continuation and strengthening of combat against Daesh and other terror groups.

The meeting was held with the participation of Iranian ambassador to Iraq Iraj Masjed-jamei as the guest of honor.

Reports about the members’ activities in the fields of intelligence and security were presented in the meeting.

Congratulating Iran on the occasion of the anniversary of the Islamic Revolution of Iran, the chairman of the meeting General Saad al-Alaaq, commander of Iraqi military intelligence, said both the Iranian and Iraqi soldiers’ blood were shed in the combat against Daesh.

The center was established in 2015 and has been highly active in intelligence and information exchange without media coverage.

Locating Daesh and Takfiri terrorist forces in Iraq and Syria and giving information about them to the two countries’ armies were among the most important measures taken by the Baghdad intelligence center.