A Look at Iranian Newspaper Front Pages on January 31

Iran Front Page- IFP has taken a look at the front pages of Iranian newspapers on Wednesday, January 31, and picked headlines from 11 of them. IFP has simply translated the headlines and does not vouch for their accuracy.

Almost all newspapers today covered the remarks made by the Leader of Iran’s Islamic Revolution Ayatollah Seyyed Ali Khamenei about the US plot to relocate ISIS terrorists to Afghanistan in a bid to justify its military presence in the region.

Also a top story was the Syrian National Dialogue Congress held in the Russian city of Sochi based on an initiative by Russia, Iran, and Turkey.

The comments by Iranian Deputy Foreign Minister Seyyed Abbas Araqchi about the nuclear deal and its benefits for the country also received great coverage.

1- CIA Chief: N. Korea to Achieve Capability of Launching Nuclear Attack on US in Few Months

2- Lavrov: We Seek to Create Safe Zones in Syria in Cooperation with Iran, Turkey

3- Larijani: No One to Prevent MPs from Summoning Rouhani 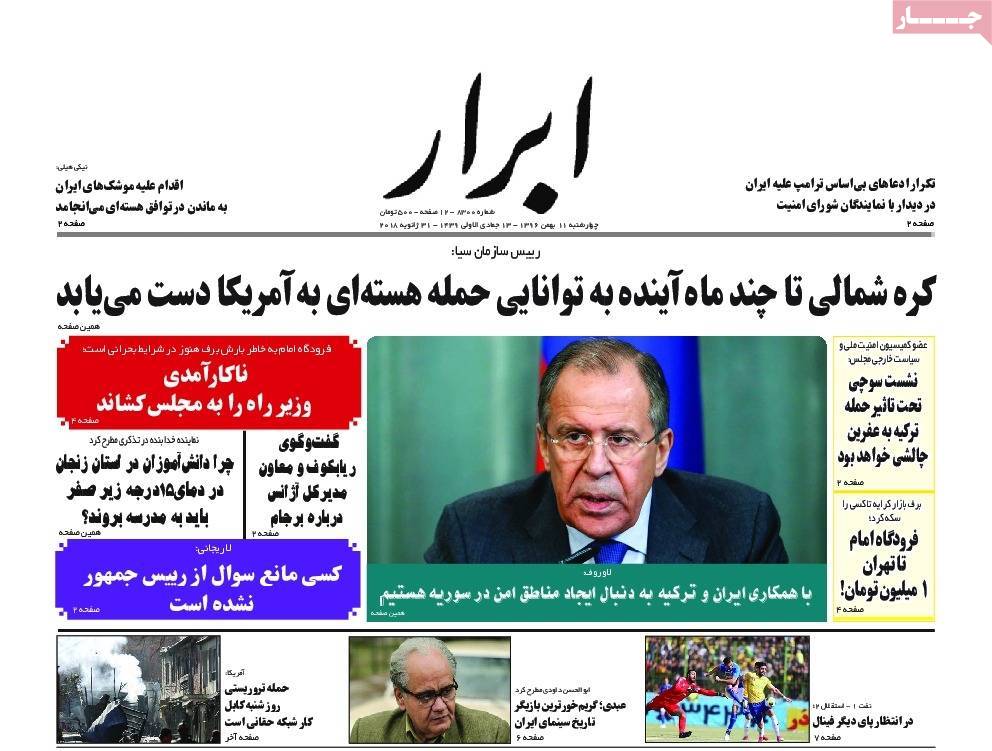 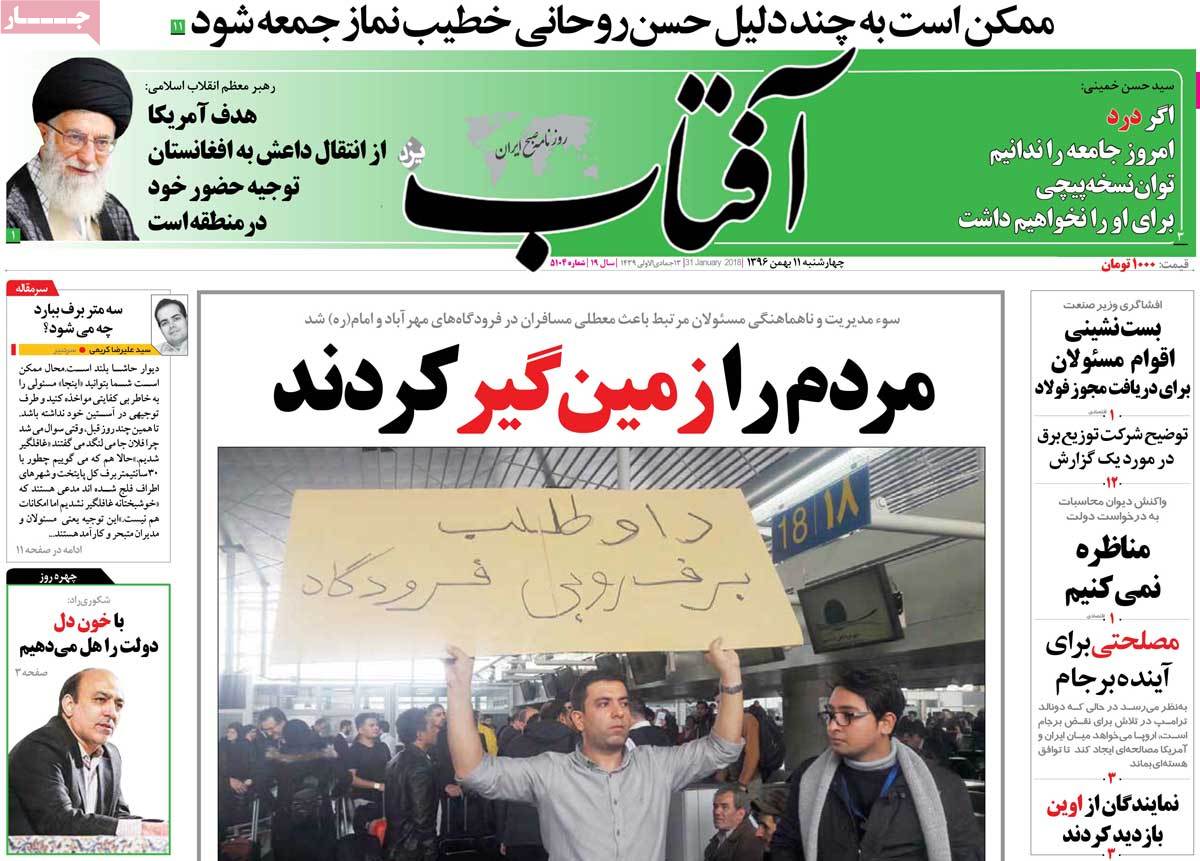 2- Iran Leader: US Trying to Relocate ISIS to Afghanistan 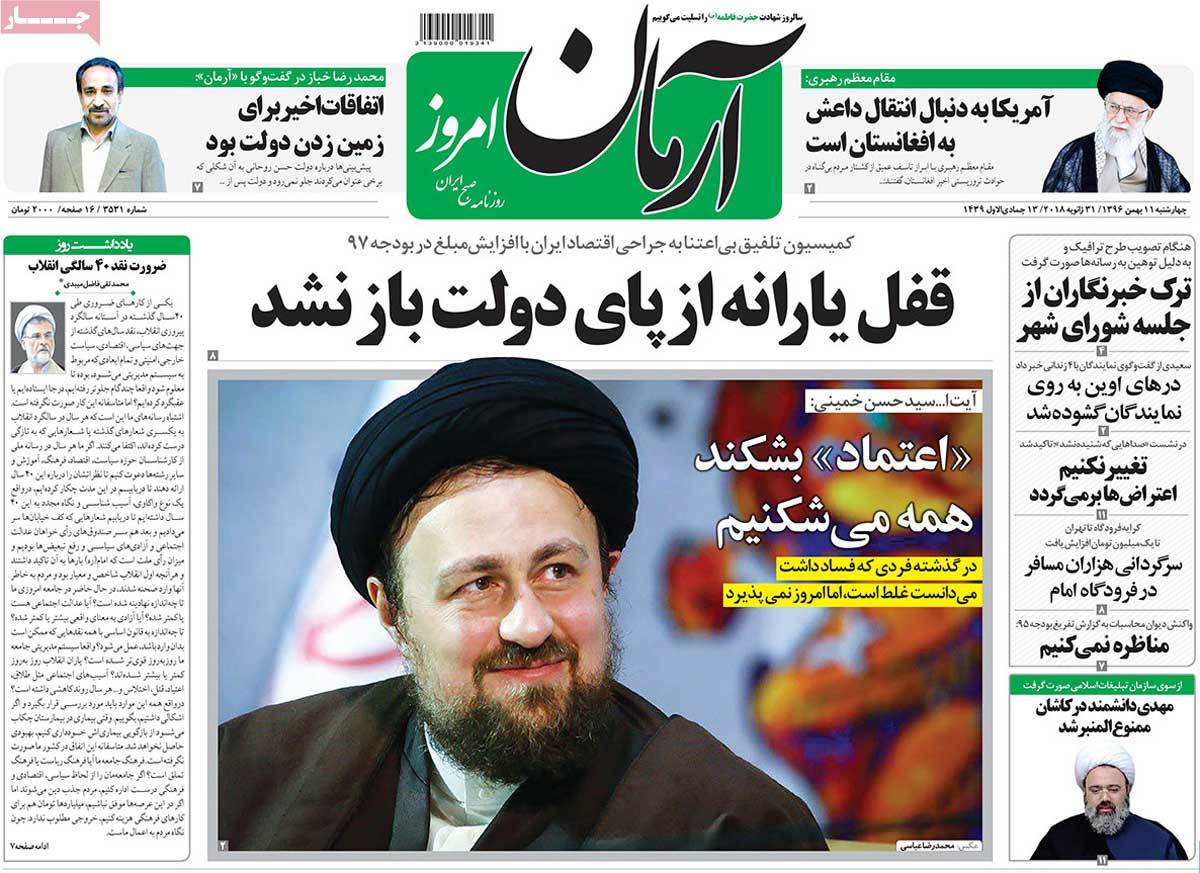 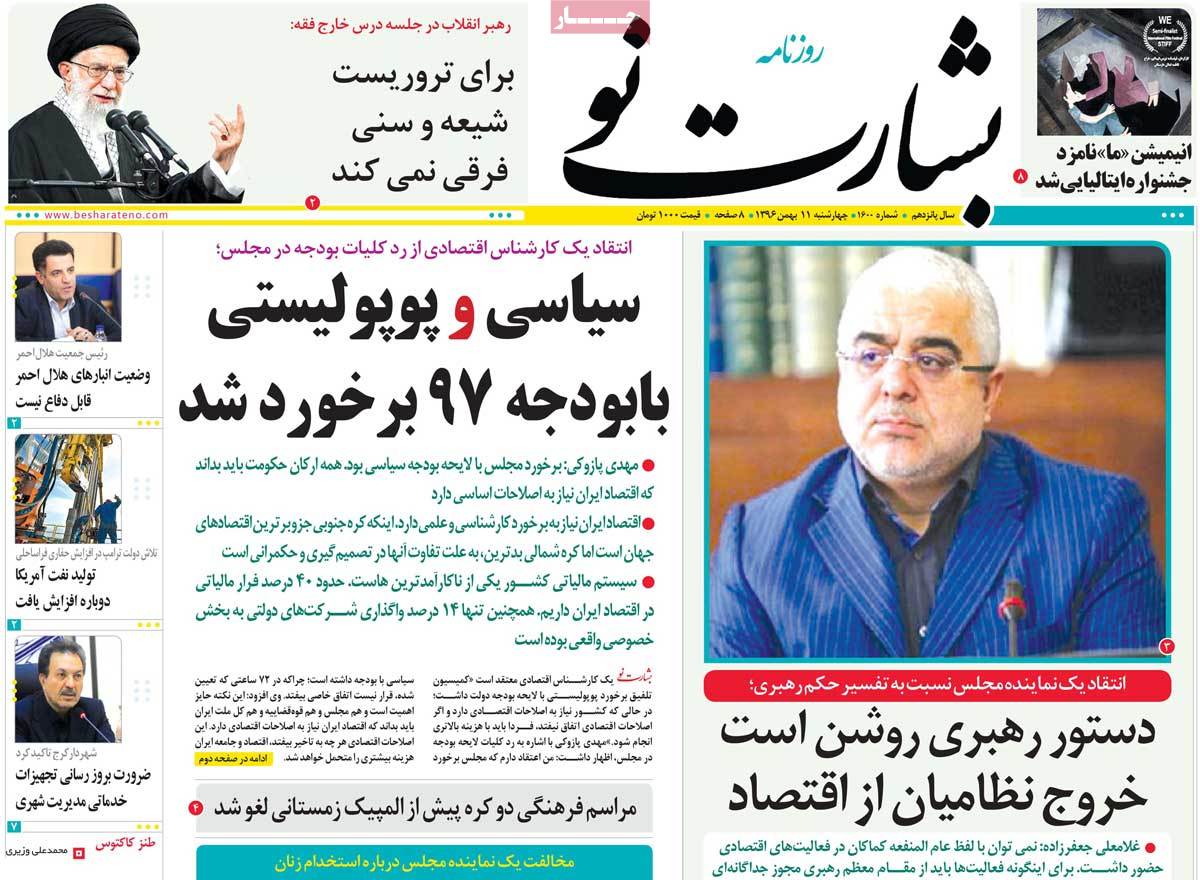 1- ICT Minister: If We Fail to Provide People with Content in Cyberspace, Others Will Do So 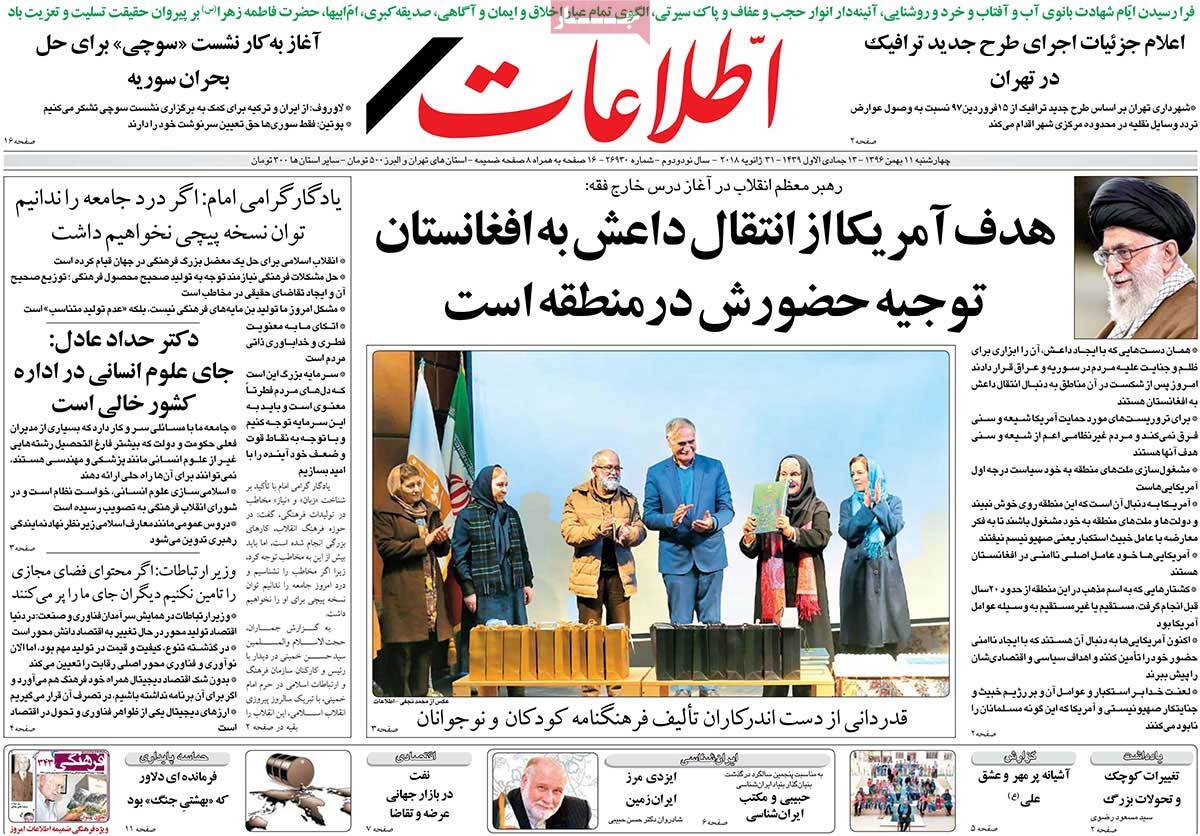 1- Imam Khomeini’s Grandson: We Can’t Write Prescription for People If We Don’t Know Their Pains 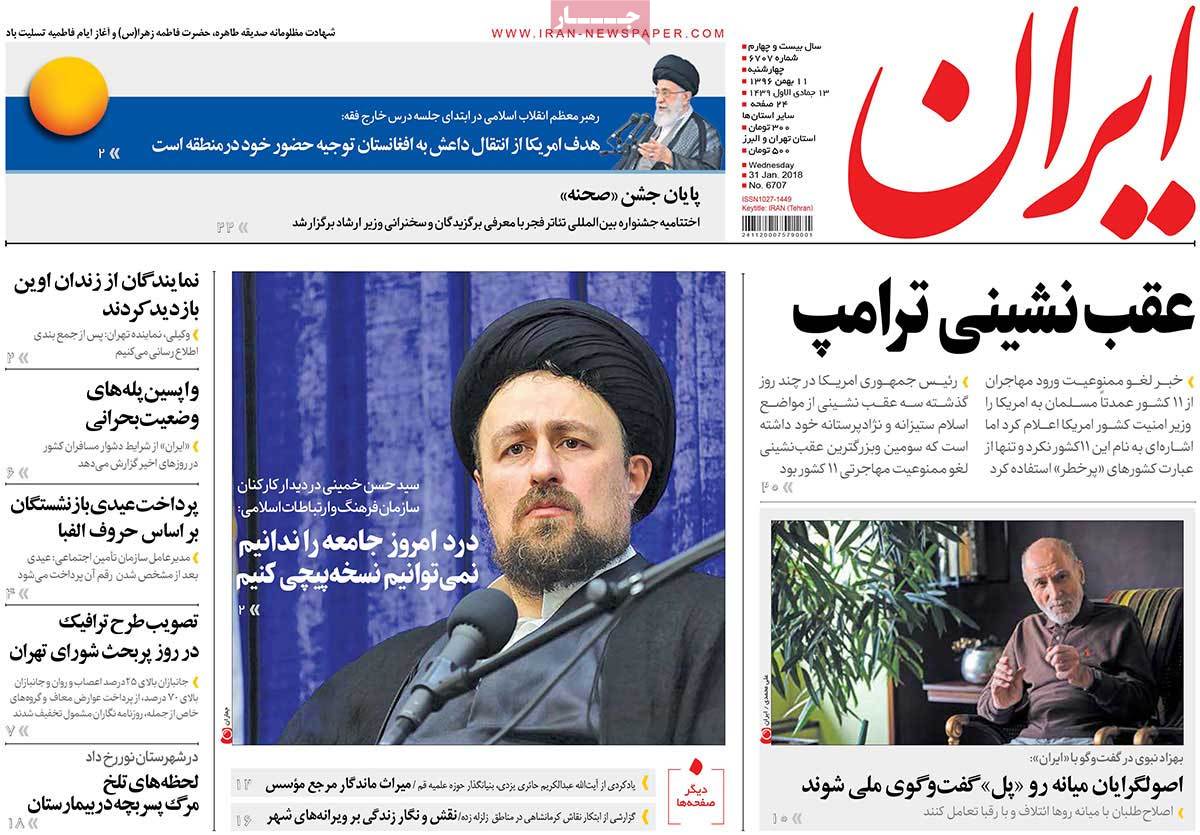 1- Only Female Conductor of Iran: I Don’t Earn Even as Much as Simple Worker 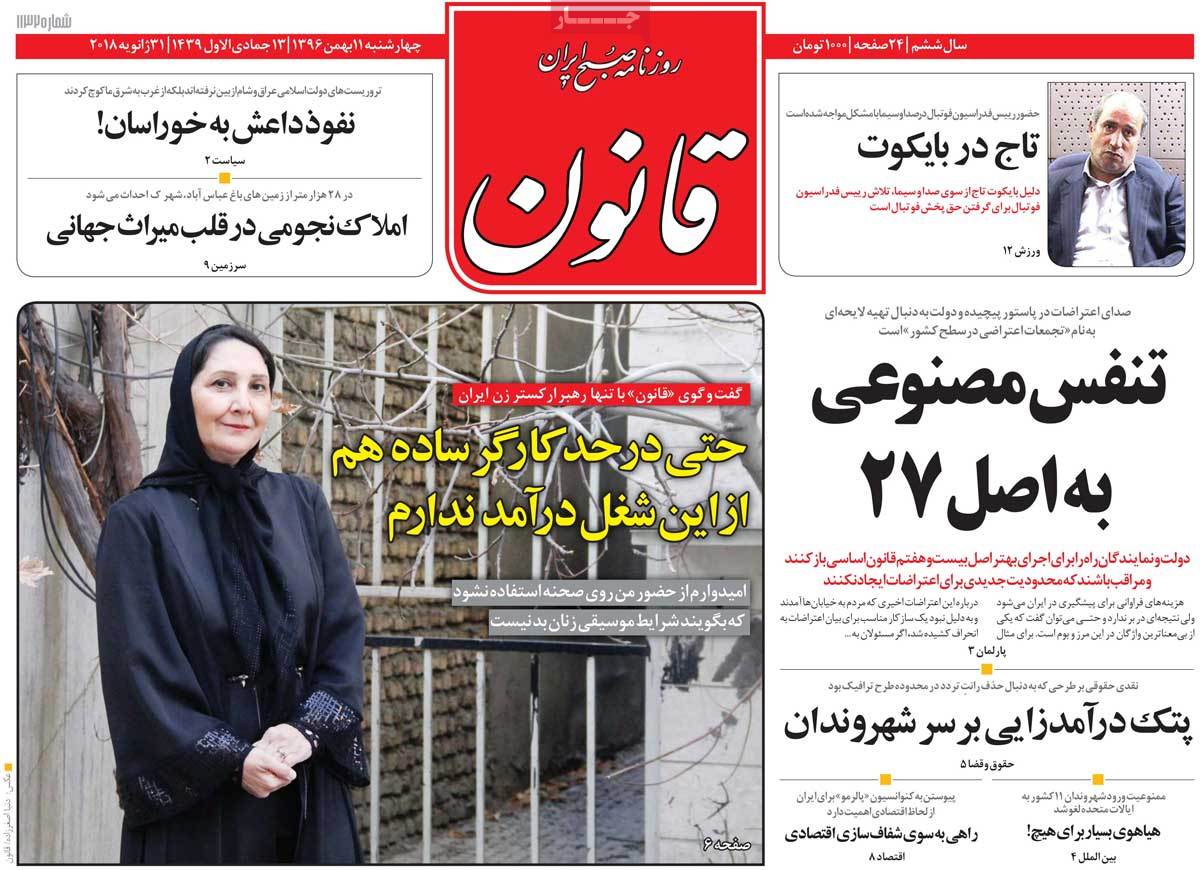 3- Telegram Selling Data of Iranians to US, Israel: Official 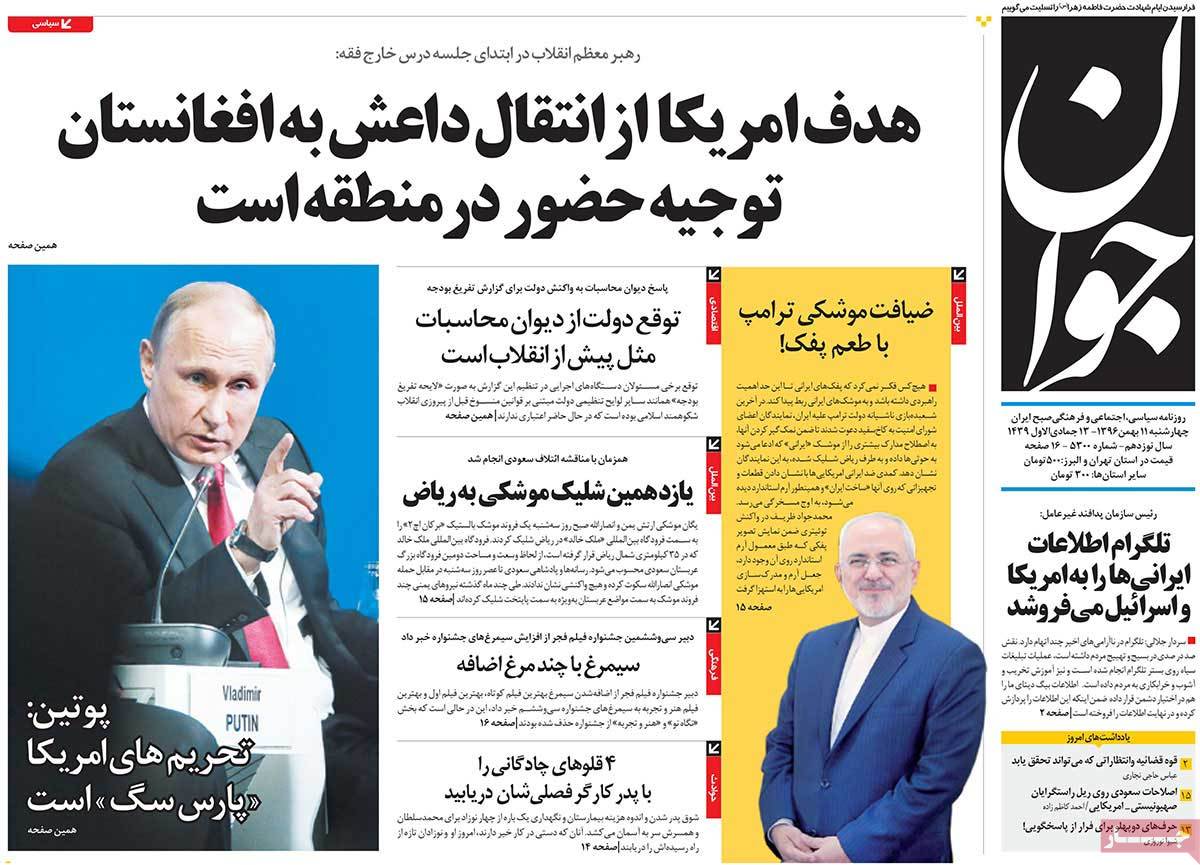 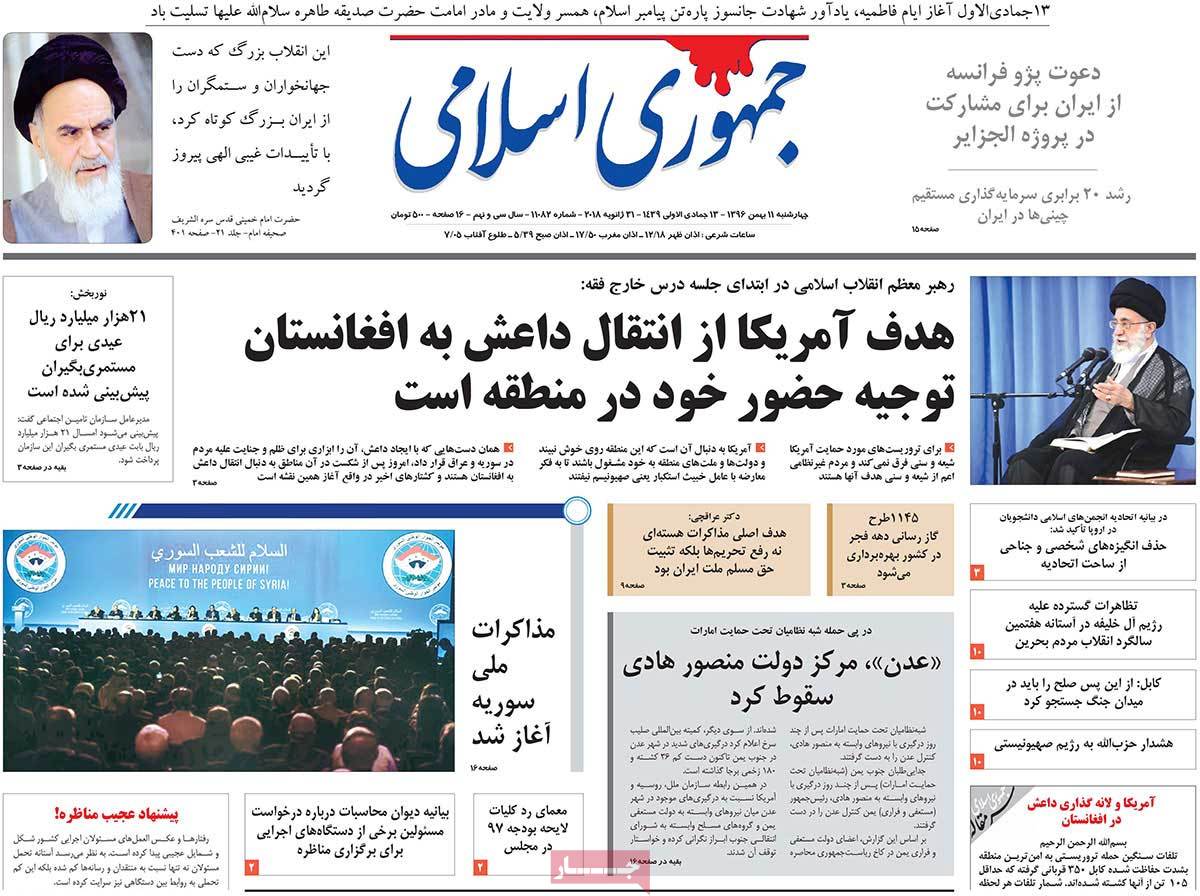 1- The Hill: Real Story of Yemen Is Defeat of Saudi Arabia, Victory of Iran 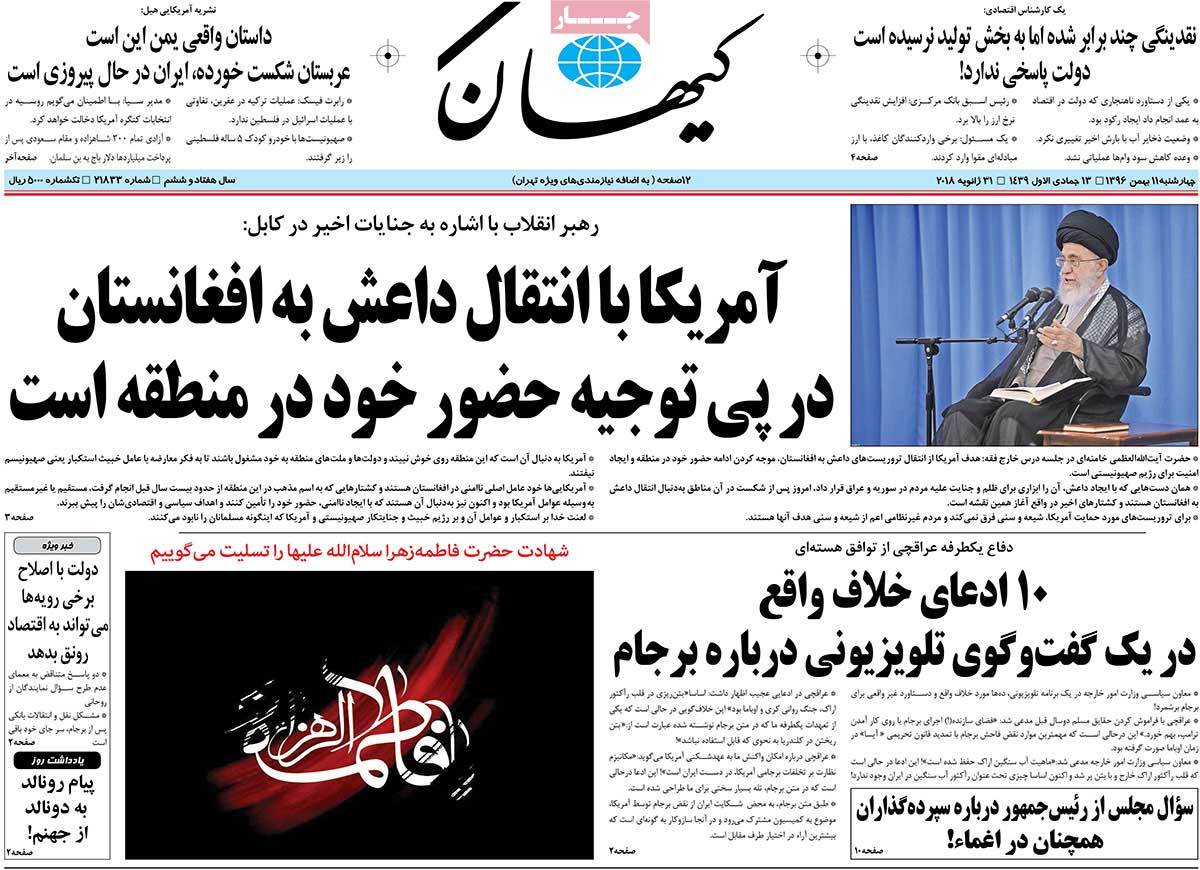 1- Iran Leader: US after Transferring ISIS to Afghanistan

3- Araqchi: We Haven’t Held Talks on Missiles, Won’t Do So in Future