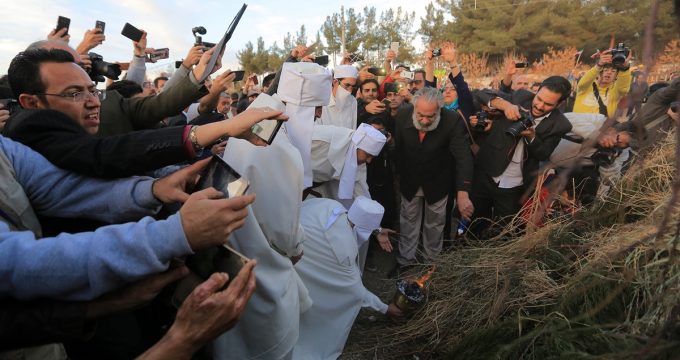 Sadeh is one of the most ancient Iranian festivals that dates back to the era of the Achaemenid Empire.

Although Sadeh in Persian means ‘hundred’, it is celebrated 50 days before Noruz. Actually Sadeh is celebrated one hundred days after the end of summer.

Zoroaterians celebrate Sadeh to honor fire and to defeat the forces of darkness, frost, and cold; that’s why they make a big bonfire on the day.

Zoroaster or Zarathustra was listed on the 100 most influential figures in history. The list was published by Michael Hart. Zoroastrianism has 200,000 followers in Iran, India and elsewhere.

This year, Zoroastrians celebrated the feast one day before its real anniversary to honor the Martyrdom of the Hazrat Fatemeh, Prophet Mohammad’s daughter,which fell on January 31.