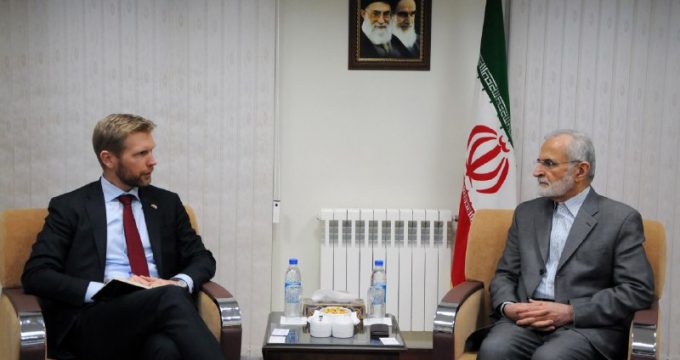 IRNA – Head of Strategic Council on Foreign Relations Kamal Kharrazi said on Monday that as long as Europe remains committed to JCPOA and economic activities are in place, Iran will also comply with the deal.

Under the 2015 nuclear deal, officially known as Joint Comprehensive Plan of Action (JCPOA), Iran got relief from international sanctions in return for curbs on its nuclear program.

In a meeting with the Norwegian Ambassador to Iran Lars Nordrum , he added that Iran’s policies are in line with regional security and stability and Iran’s presence in Iraq and Syria takes place at the request of the Syrian and Iraqi governments to fight terrorism and strengthen security of Iran and friendly states.

The Norwegian ambassador, for his part, underlined that his country and Europe are still committed to the JCPOA and that’s for the same reason that they are engaged in economic activities with Iran.

“Despite pressures by the US regarding the JCPOA, we are trying to advance our projects with Iran,” he said.