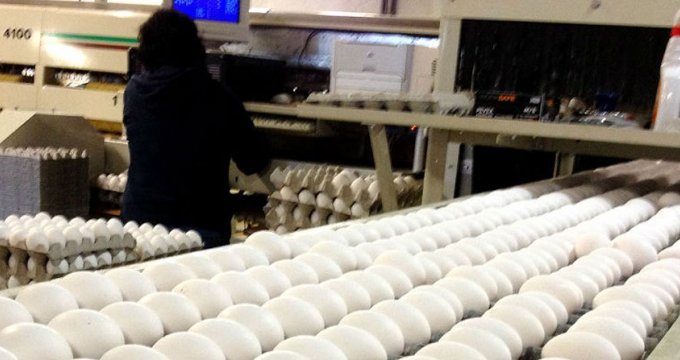 Egg prices surge, so do chicken

The price hike is largely blamed on shortages due to the recent outbreak of avian flu, which has infected more than 100 million chickens leading to the culling of over 20 million. The scarcity in the domestic market prompted the government to allow imports, mainly from neighboring Turkey.

Chicken prices also went up during the same week by 7.7% YOY, reaching 72,700 rials ($1.5) per kilogram. However, compared to the corresponding week of last month, prices were down 2.5% and remained unchanged week-over-week.

It has been reported that the flu has spread to chicken breeder farms.

“If the virus spreads further among broiler chickens, the country’s entire meat production chain will be affected, as chicken has an important share in the meat consumption of our people,” Mehdi Masoumi-Esfehani, an official at the Tehran Chamber of Commerce, Industries, Mines and Agriculture said last week.

Iranian poultry farms are hit by avian flu every year around this time. The H5N8 strain of bird flu infecting Iranian farms is deadly for poultry, but according to World Health Organization, although human infection from the virus cannot be excluded, the likelihood is low.

Iran produces over 2 million tons of chicken annually and is among the biggest in the world, according to deputy agriculture minister, Hassan Rokni.

Each Iranian consumed 198 eggs on average in the last fiscal that ended in March 2017.

According to the secretary of Iran’s Union of Producers of Egg-Laying Hen, Farzad Talakesh, the consumption rate is dwarfed by those of many other countries. Annual rates are said to be 330 in Japan and Malaysia, 250 in China, Russia and the US, and 240 in Europe.

A 2013 report by the International Egg Commission indicated that Iran was the 10th biggest producer of eggs in the world that year.