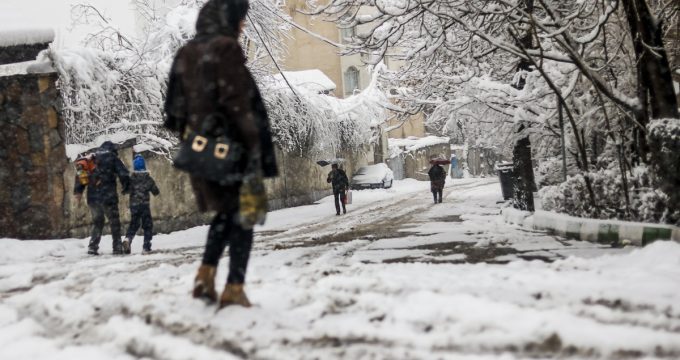 IRNA- Head of Relief and Rescue Organization of the Red Crescent Society of the Islamic Republic of Iran said on Monday that the rescue workers have provided services to 56,200 people trapped in the snow in 21 provinces nationwide during the past five days.

He added over 2,200 emergency accommodations have been provided and 58 individuals also have been transferred to the medical centers.

Long wished-for snow covered Tehran and many other cities of Iran recently.

The snow was so heavy that it shut down all schools in Tehran and many other cities and delayed the beginning of workday for two hours.

The roads and streets were blocked and many cars got stuck on the way, which were helped out by road police.

Several trees in Tehran couldn’t stand the snow weight and fell down and some parts of Tehran lost power temporarily.