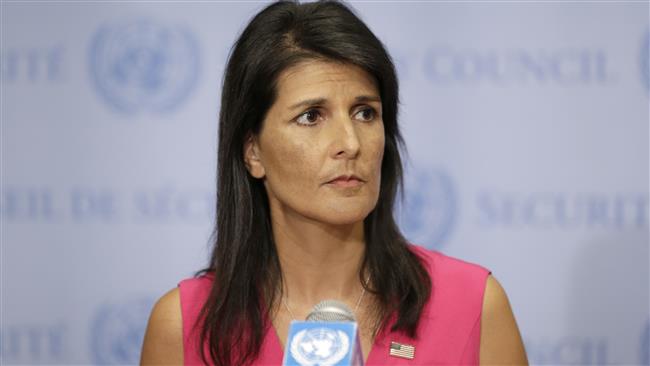 Haley and her 14 council colleagues will also lunch with President Donald Trump, the U.S. Mission to the United Nations said Friday.

The Trump administration has for months been lobbying for Iran to be held accountable at the United Nations, while at the same time threatening to quit a 2015 deal among world powers to curb Iran’s nuclear program if “disastrous flaws” are not fixed.

The U.N. ambassadors will visit a military hangar at Joint Base Anacostia-Bolling near Washington, where Haley, the U.S envoy to the United Nations, last month presented remnants of what the Pentagon said was an Iranian-made ballistic missile fired from Yemen on Nov. 4 at Saudi Arabia’s capital Riyadh, as well as other weapons.

A proxy war is playing out in Yemen between Iran and U.S. ally Saudi Arabia.

Iran has denied supplying the Houthis with such weaponry and described the arms displayed in Washington as “fabricated.”

However, experts reported to the Security Council this month that Iran had violated U.N. sanctions on Yemen because “it failed to take the necessary measures to prevent the direct or indirect supply, sale or transfer” of short-range ballistic missiles and other equipment to the Iran-allied Houthi group.

The independent experts said they had “identified missile remnants, related military equipment and military unmanned aerial vehicles that are of Iranian origin and were introduced into Yemen after the imposition of the targeted arms embargo.”

Haley said last month she was exploring several U.N. options for pressuring Iran to “adjust their behavior”. But she is likely to struggle to convince some Security Council members, like veto powers Russia and China, that U.N. action is needed.

Most sanctions on Iran were lifted at the start of 2016 under the nuclear deal, which is enshrined in a U.N. Security Council resolution. The resolution still subjects Tehran to a U.N. arms embargo and other restrictions that are technically not part of the nuclear deal.

Haley has said the Security Council could strengthen the provisions in that resolution or adopt a new resolution banning Iran from all activities related to ballistic missiles. To pass, a resolution needs nine votes in favor, and no vetoes by the United States, Britain, France, China or Russia.

Under the current resolution, Iran is “called upon” to refrain from work on ballistic missiles designed to deliver nuclear weapons for up to eight years. Some states argue that the language of the resolution does not make it obligatory.

A separate U.N. resolution on Yemen bans the supply of weapons to Houthi leaders and “those acting on their behalf or at their direction.”

The United States could propose people or entities to be blacklisted by the council’s Yemen sanctions committee, a closed-door move that would need consensus approval by the 15-members.

Diplomats, speaking on condition of anonymity, say Haley has not signaled which accountability option she might pursue or when.