A Look at Iranian Newspaper Front Pages on January 27

Iran Front Page- IFP has taken a look at the front pages of Iranian newspapers on Saturday, January 27, and picked headlines from 12 of them. IFP has simply translated the headlines and does not vouch for their accuracy.

Several papers today covered the World Economic Forum held in the Swiss city of Davos, and criticized the Iranian foreign minister for not attending the important summit, where anti-JCPOA lobbies spoke out against Iran.

Also a top story was the Turkish operation in the Syrian city of Afrin, and the US warning about Ankara’s extension of the war to the SDF-controlled Manbij, near the Iraqi border.

A decision by the Organisation for Economic Cooperation and Development (OECD) to upgrade Iran’s risk rating to 5 also received great coverage.

1- Judiciary Chief: Names of Offending Judges to Be Released in Media 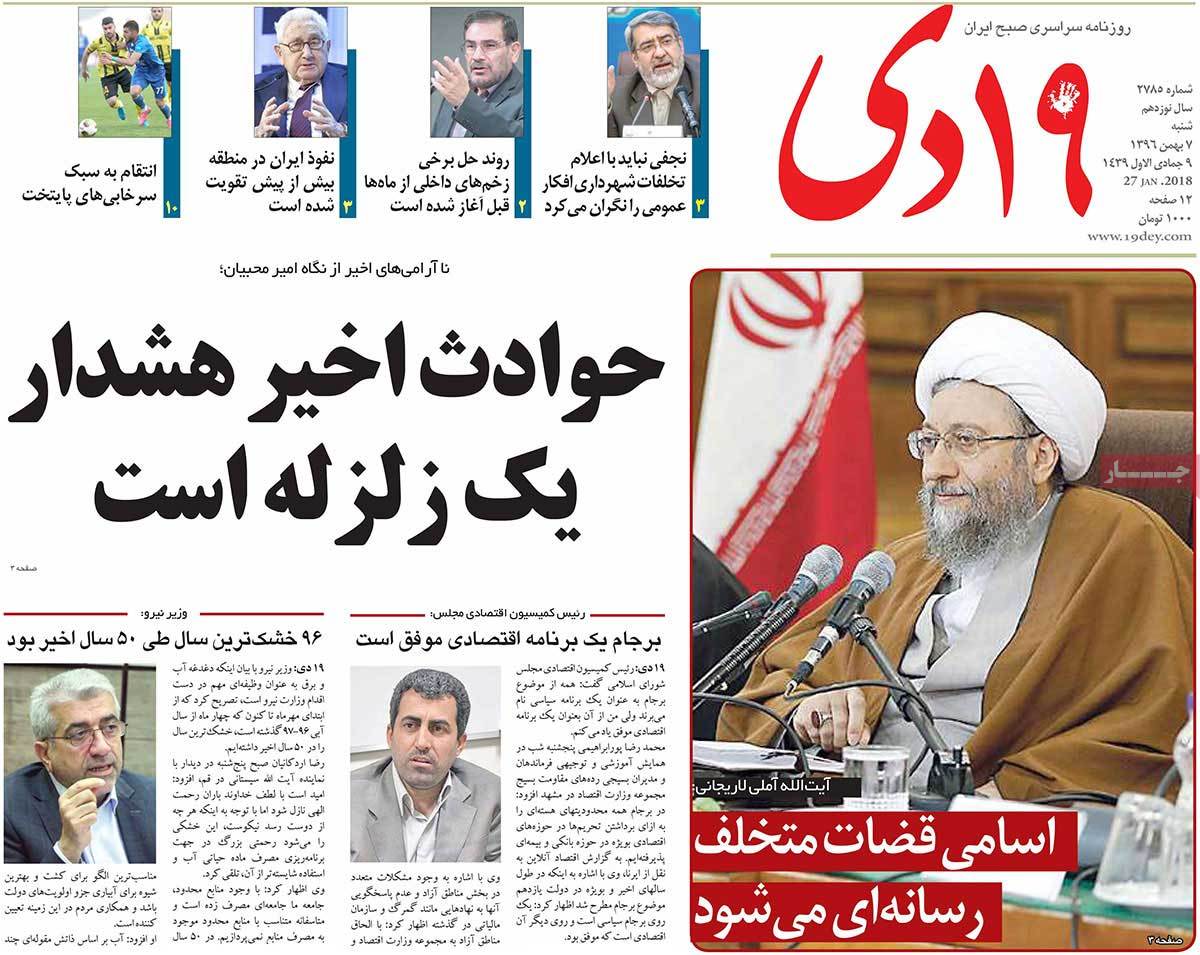 1- US Warns Turkey of Consequences of Attacking Manbij 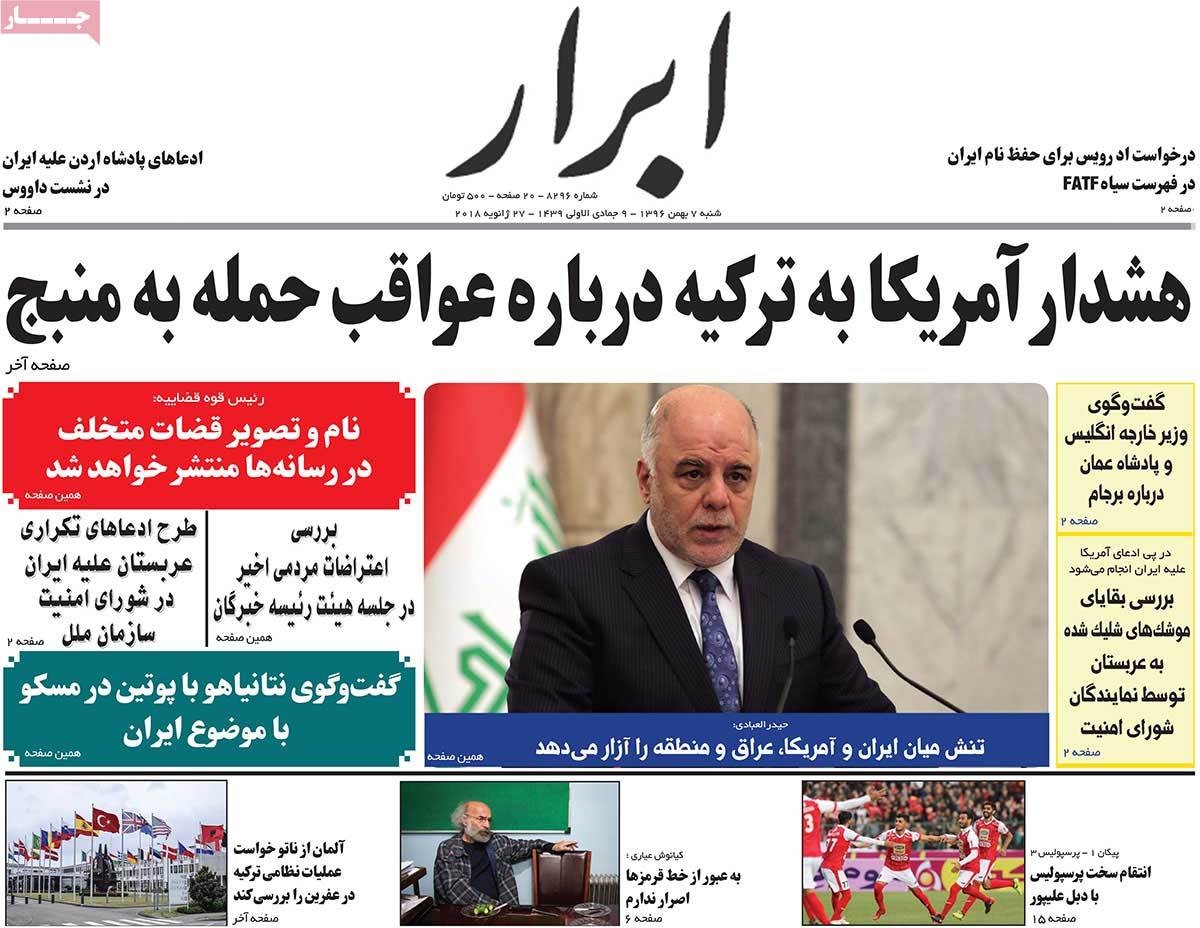 2- Zarif’s Untimely Absence from WEF in Davos: Opponents of JCPOA Speak Out against Iran

3- Drought Result of Failure to Adhere to Religious Values: Cleric 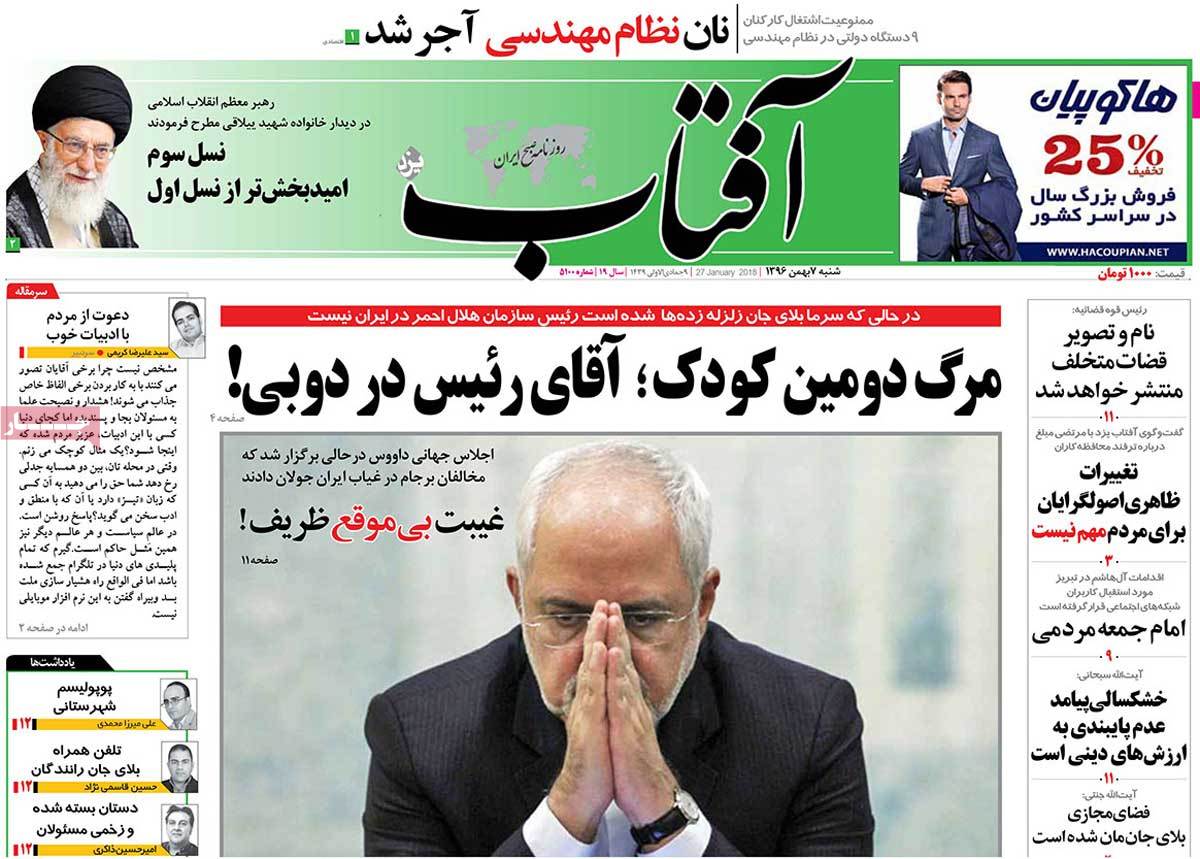 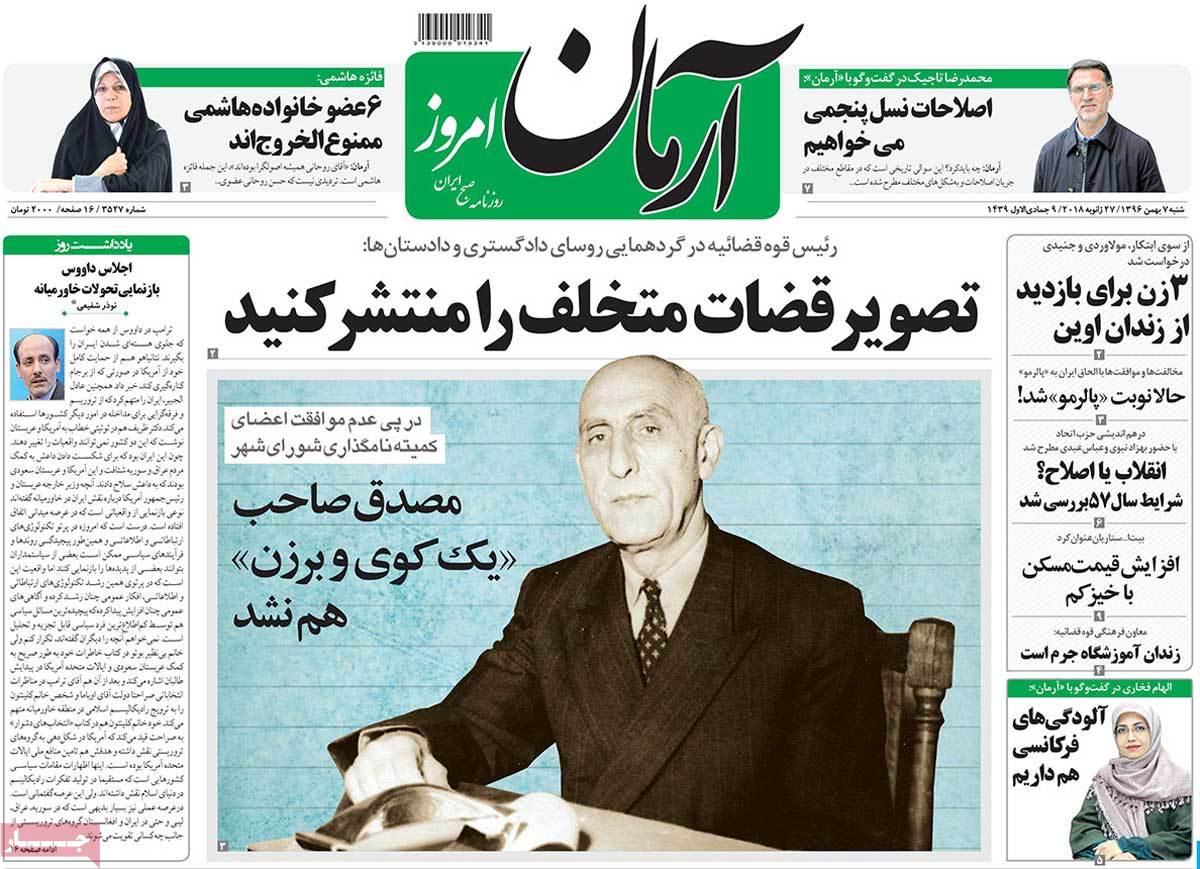 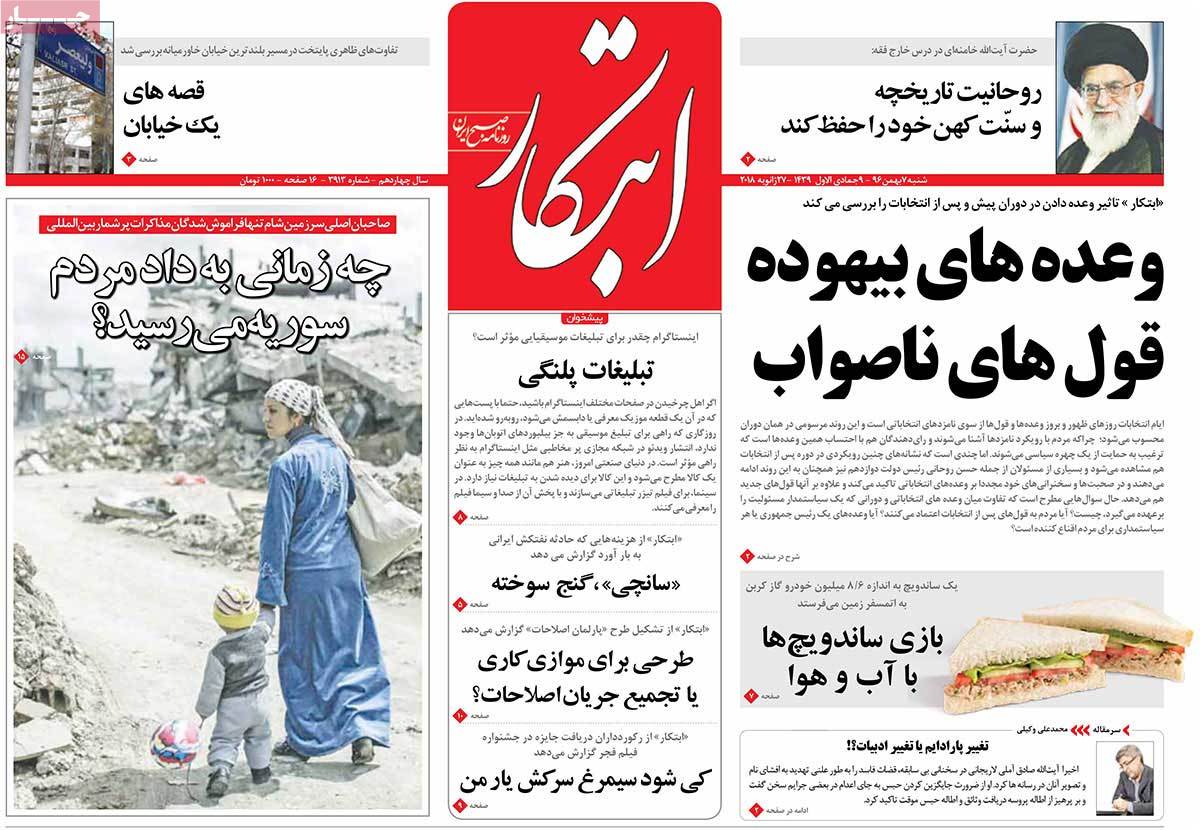 1- Shamkhani: Iran Not to Be Loser of JCPOA Annulment 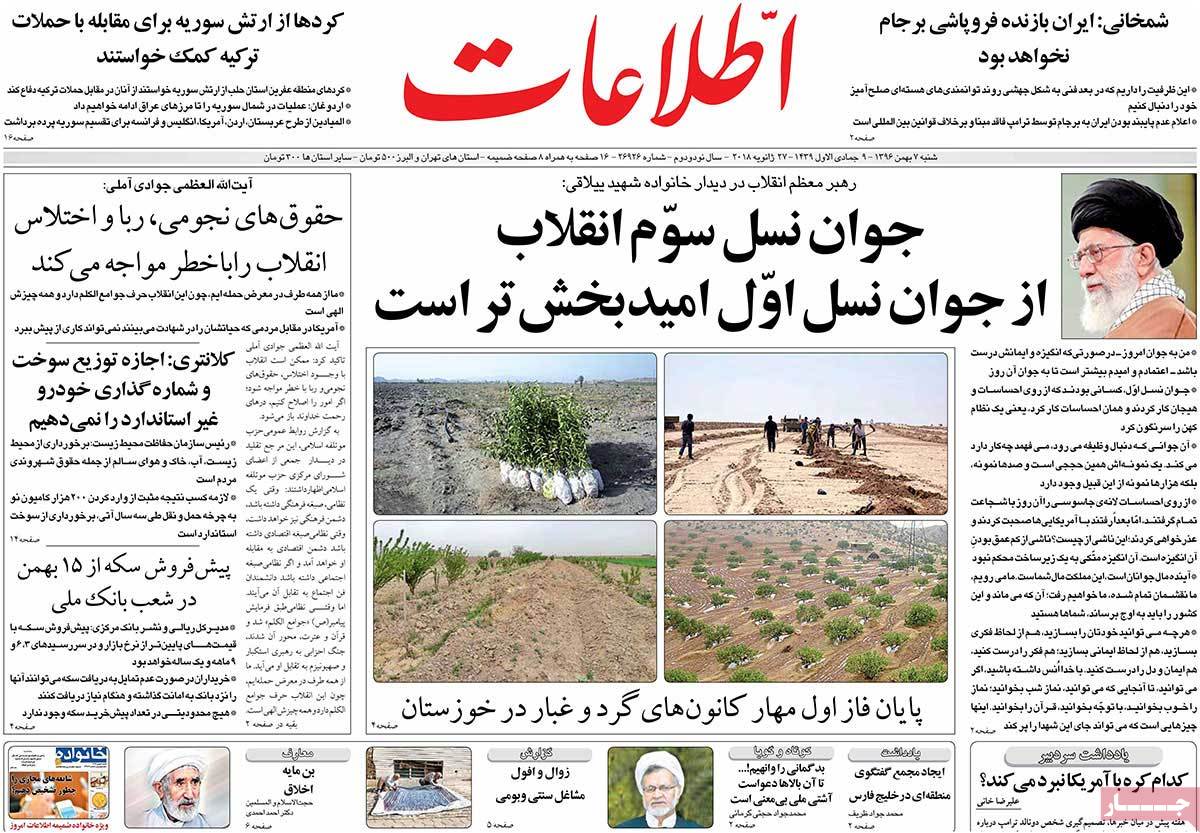 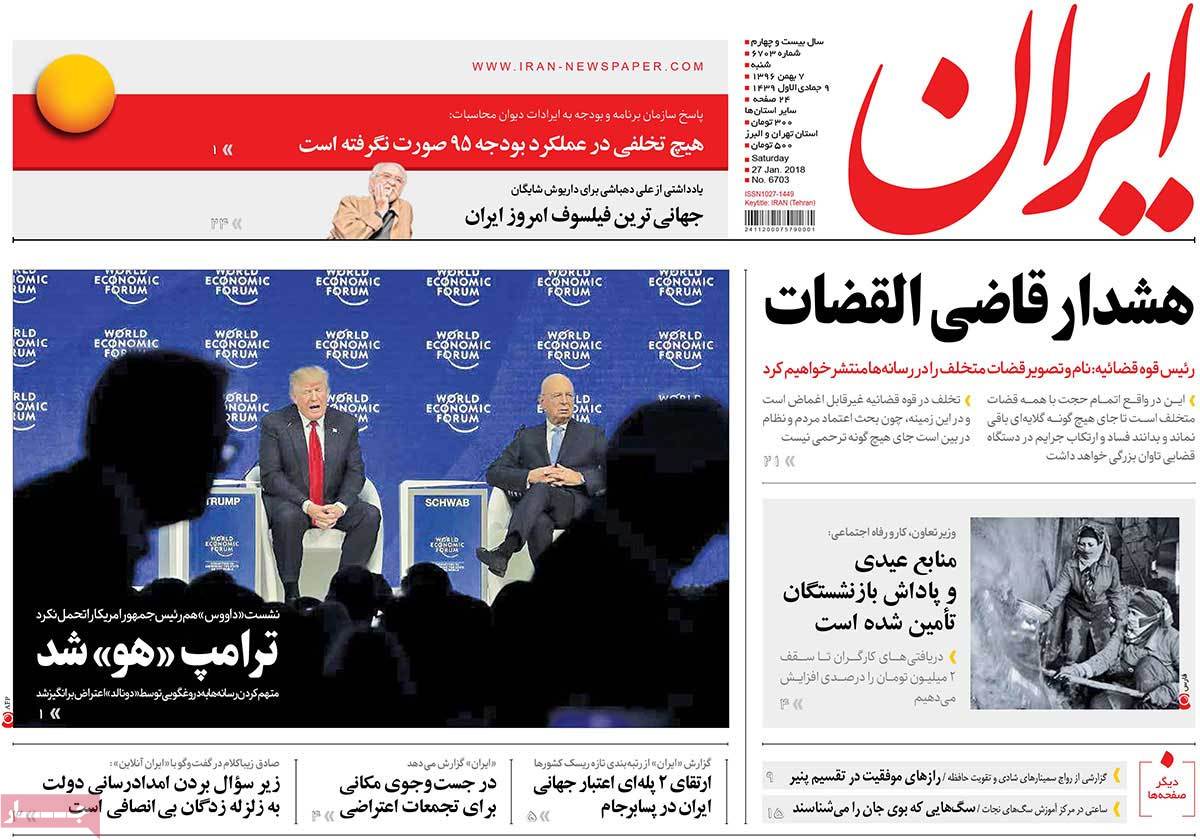 2- Cleric Calls for Removal of Security Barriers between People, Officials

4- Kissinger: Iran’s Influence Has Increased Thanks to Its Leaders’ Aggressive Strategy 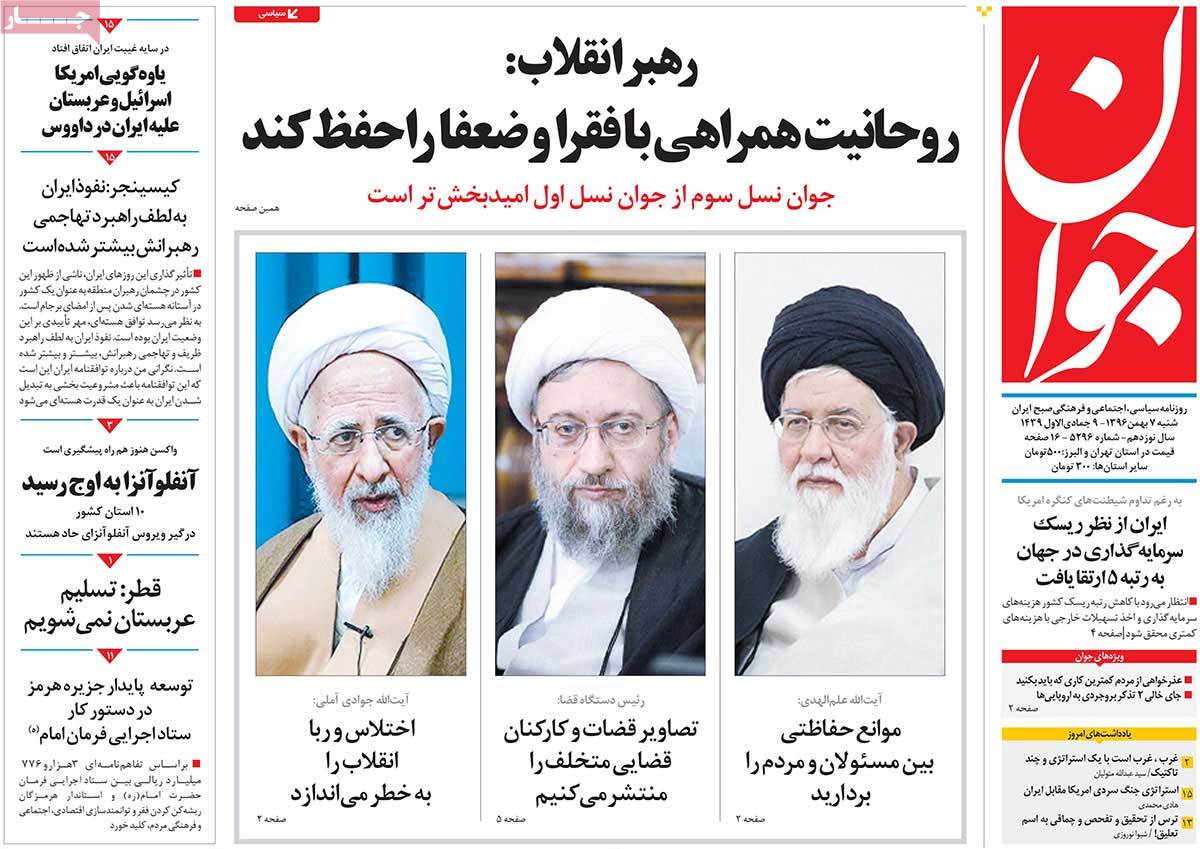 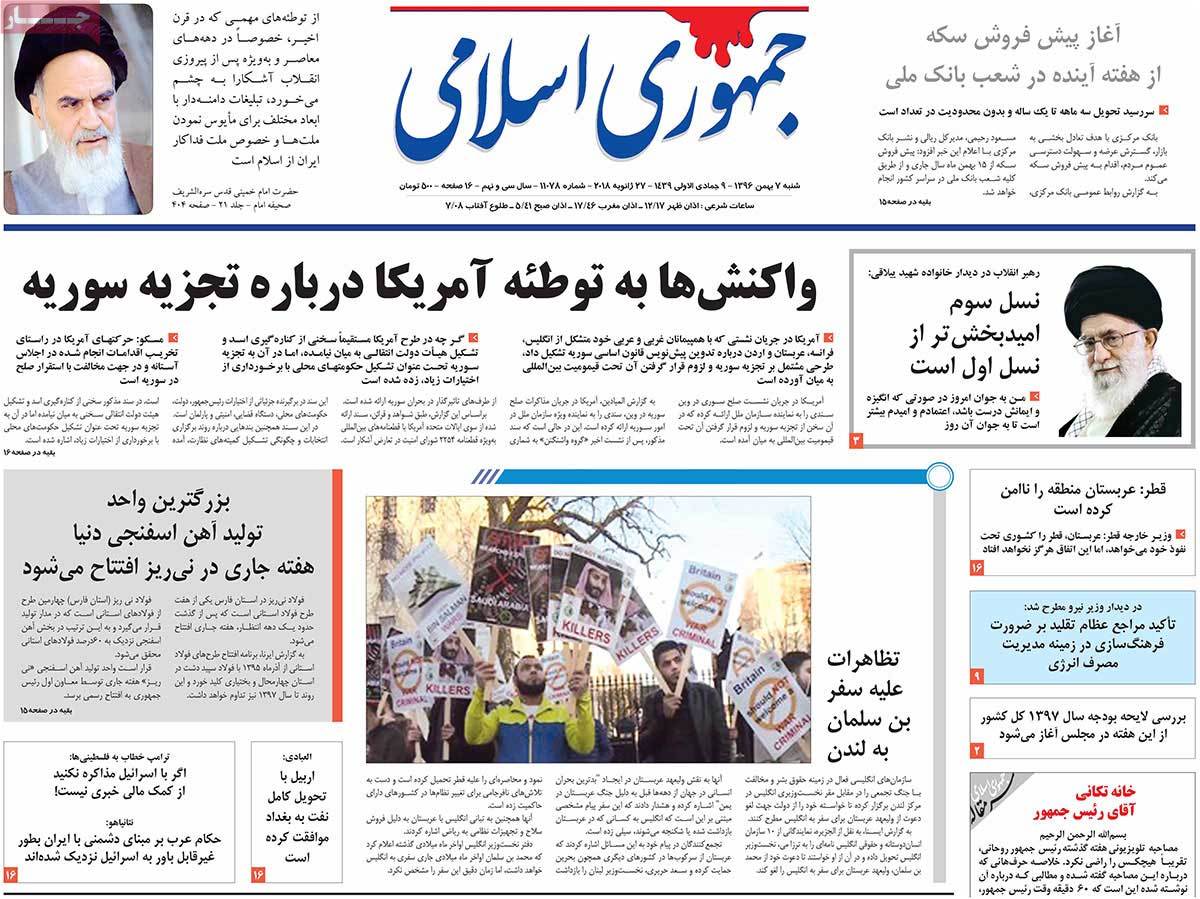 1- Cleric: Not a Single Penny of Seminary Students’ Tuition Comes from State Budget

2- British PM: Telegram Has Turned into House of Terrorists, Criminals 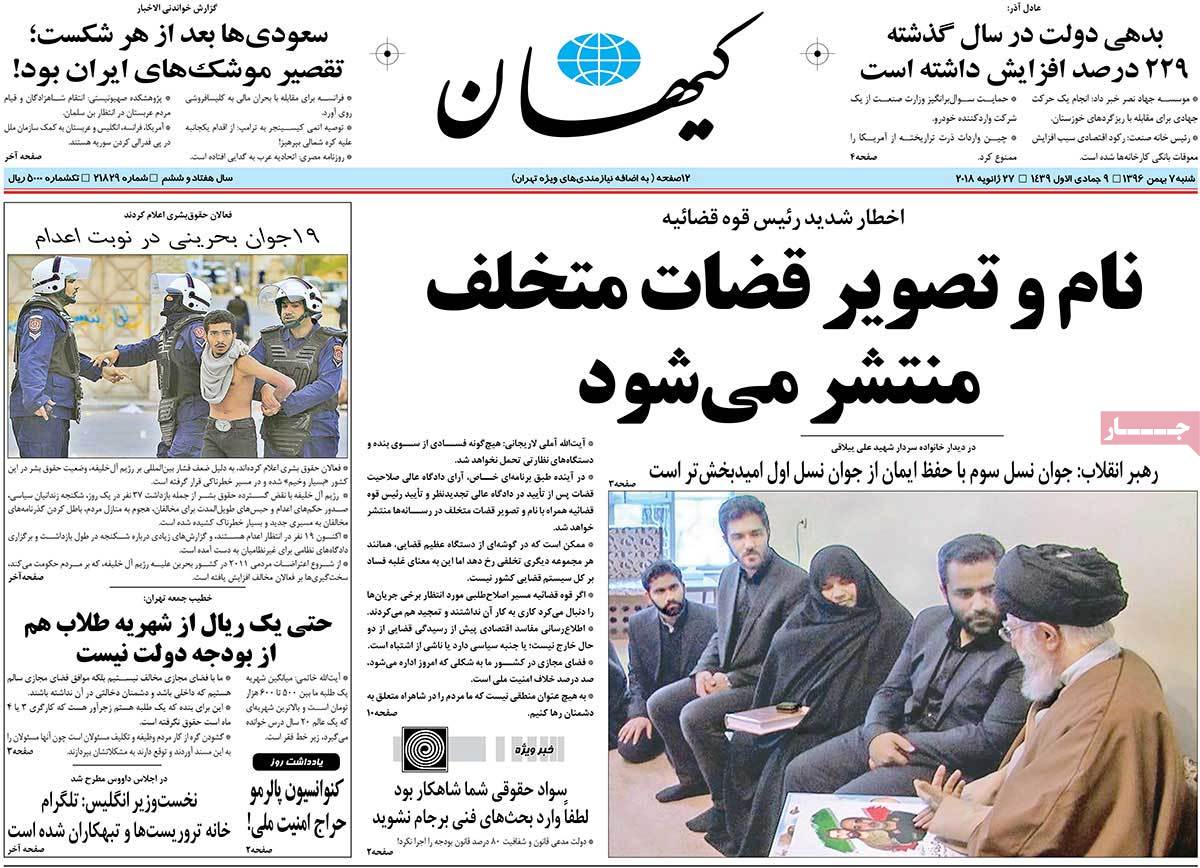 1- Judiciary Chief: Names of Offending Judges to Be Publicized

2- Leader: I’m More Hopeful about Today’s Young Generation than I Was about Previous Ones 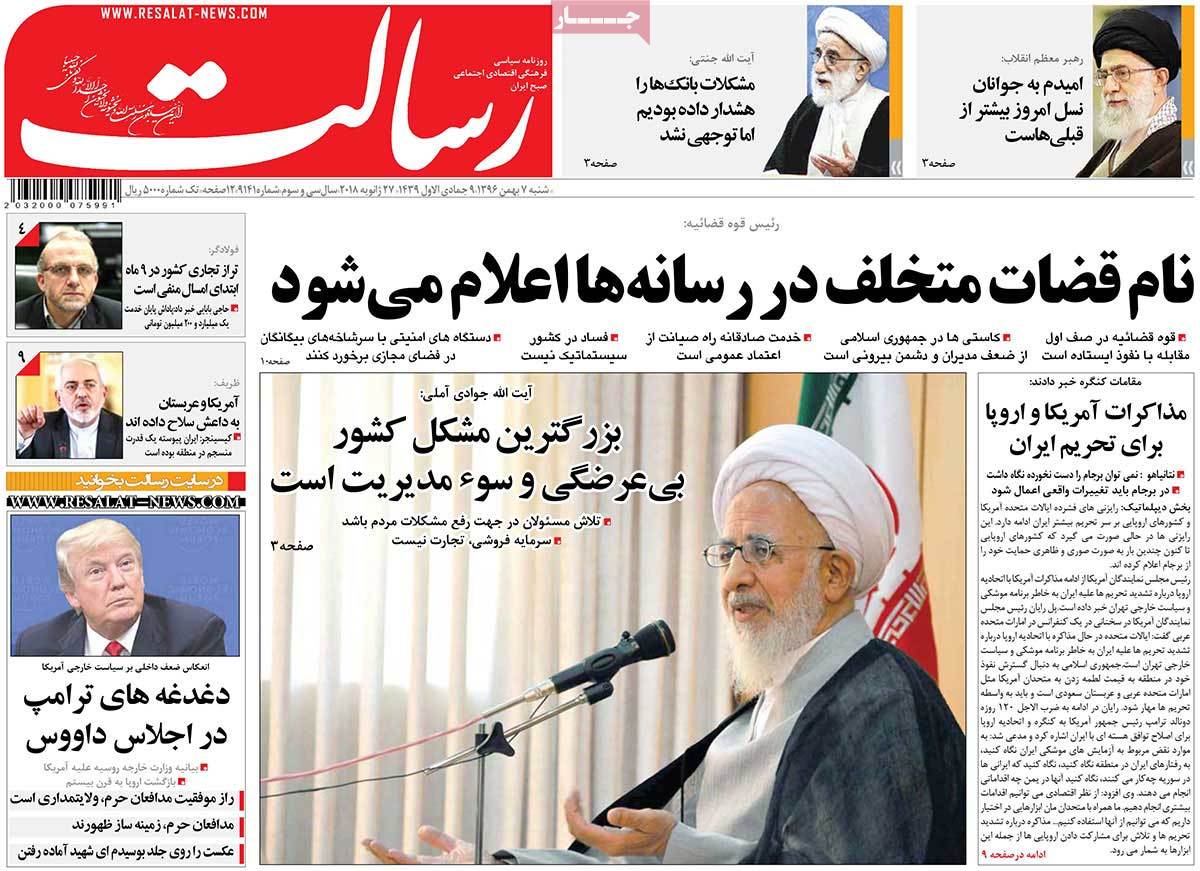 1- Return of Life to Shalamcheh 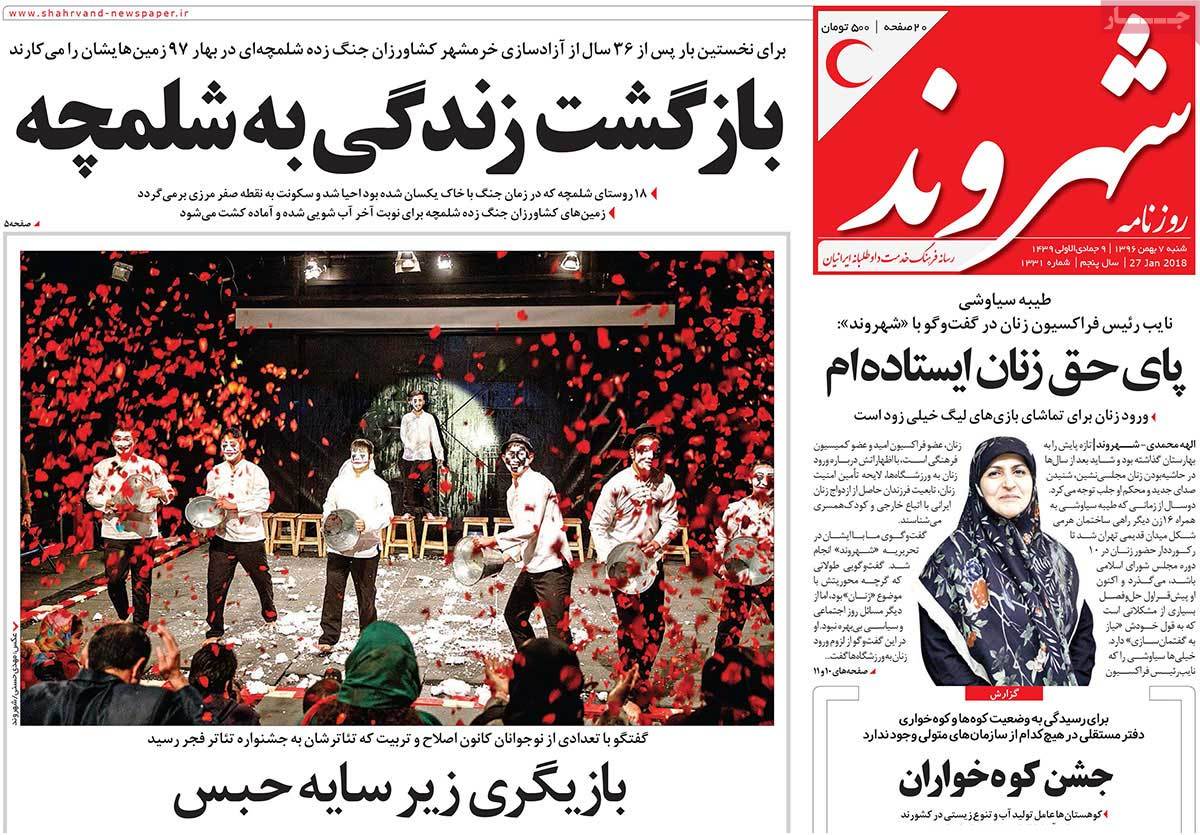