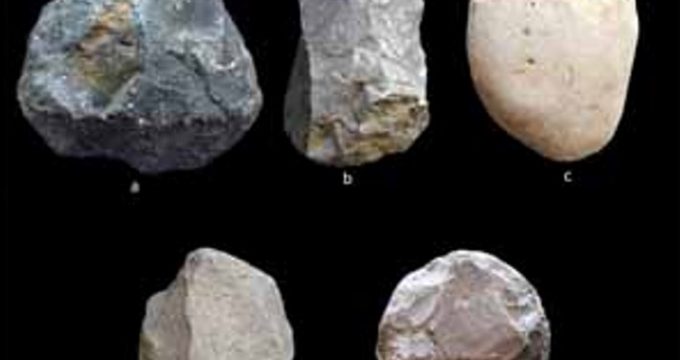 IRNA – The operations for the determination of the limits and privacy of the domain of the ancient Khorbas Cave in the Qeshm Island led to the discovery of works dating back to the old Paleolithic and the Parthian periods.

The Public Relations Office of the Research Institute of Cultural Heritage and Tourism (RICHT) quoted Sirvan Mohammadi Qasrian, the head of the probing team to determine the limits and privacy of the domain of the ancient Khorbas Cave in the Qeshm Island as saying that works of the old Paleolithic era, the Parthian, a cemetery, a settlement area, three Islamic cemeteries, water reservoir, a canal for water flow, and a rock shelter have been discovered in the area.

Among the identified works so far a remarkable percentage are the areas in the historic period, especially Islamic era, which is indicative of the importance of the island in trade transactions in the mentioned periods, he said referring to the fact that Qeshm Island had been a location for settlement in different historical eras.

Qasrian went on to say that beside the circular graves in the back of the Khorbas Cave, a series of structures have been identified which indicate the existence of a settlement area beside the cemetery.