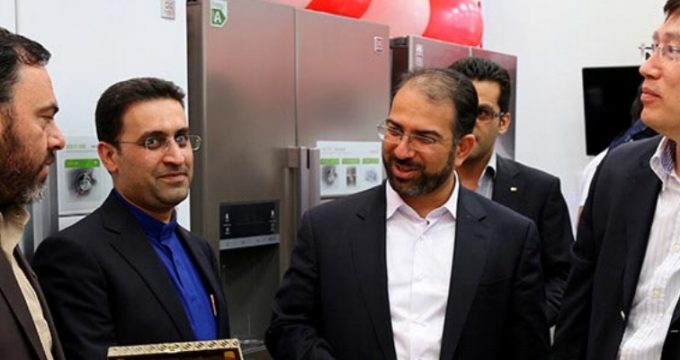 Bourse and Bazaar | Esfandyar Batmanghelidj: The headquarters of Dongbu Daewoo Electronics are located in a skyscraper on “Teheran-ro” (Tehran Street) in downtown Seoul, South Korea. The street is the address for so many of Korea’s leading industrial and technology companies that the area is called Tehran Valley, a nod to Silicon Valley. The street name dates back to 1977, when, in a gesture of friendship, Seoul’s city government proposed exchanging street names with Tehran, which counts Seoul Street among its main thoroughfares.

The connections to Iran run deeper for Dongbu Daewoo than for other companies which share the curious address. While their headquarters are currently located on Tehran Street, new owners may soon be calling from Tehran itself.

Iran’s Entekhab Industrial Group is reportedly poised to acquire majority ownership of Dongbu Daewoo, a manufacturer of appliances and consumer durables, beginning a new chapter in an already complicated saga.

Entekhab, Iran’s leading appliance manufacturer, first sought to buy Dongbu Daewoo in 2010. Daewoo’s then creditor, Woori Bank, had initially selected Entekhab’s bid of USD 513 million over an offer from Sweden’s Electrolux, a globally recognized appliance maker. But the deal would collapse a year later, reportedly over haggling on the final price and delays in Entekhab’s search for financing at a time when international sanctions were tightening. At the time of the failed bid, Daewoo disclosed that sales via Entekhab accounted for less than 5 percent of the Korean firm’s total sales. Some industry figures questioned the commercial logic of Entekhab’s move, especially at a time when Iranian ownership was an increasing liability.

Yet the door would remain open for Entekhab. Electrolux likewise failed in its subsequent effort to make the acquisition. By that point, Daewoo’s creditors had attempted to offload the company five times. Entekhab pursued legal action against Daewoo’s creditors after being passed over. Meanwhile, the Korean firm limped along with an injection of capital from financial investors.

Entekhab has been a committed suitor, and its commercial relationship with Daewoo persisted. The Iranian firm has a longstanding relationship with the Korean appliance maker whose products it has both imported and manufactured under license for decades. In May of last year, the companies signed an expanded supply contract.

Now Entekhab has a second chance to make the acquisition. Their patience may be rewarded. Reports suggest that the new deal could be worth just USD 188 million, considerably less than the 2010 bid. Given that Daewoo generated USD 1.4 billion in revenue in 2016, the company’s valuation points to considerable structural issues. Daewoo has a large international presence, with 80 percent of sales generated outside of South Korea, but its growth has lagged behind competitors such as Samsung and LG.

The deal is a rare one. Iranian companies are rarely on the buy-side of cross-border M&A. Entekhab’s move would be a landmark deal, and would follow a pattern by which industrial players from emerging markets have increasingly sought synergies and marketshare outside their home markets. Tellingly, if Entekhab succeeds in its latest acquisition effort, it will have beaten out a rival bid from Turkey’s Vestel.

Entekhab is a large enterprise by Iranian standards. Entekhab Industrial is a subsidiary of Entekhab Investment Development Group, which has interests in the steel, oil and gas, and petrochemical sectors. Underscoring its commitment to both consumer retail and partnerships with Korean firms, the group recently opened Iran’s first modern convenience store concept, CU Entekhab, in partnership with South Korea’s largest convenience store operator, BGF Retail.

But perhaps above all else, the deal would see an Iranian company completing unfinished business. Such persistence ought to be celebrated.