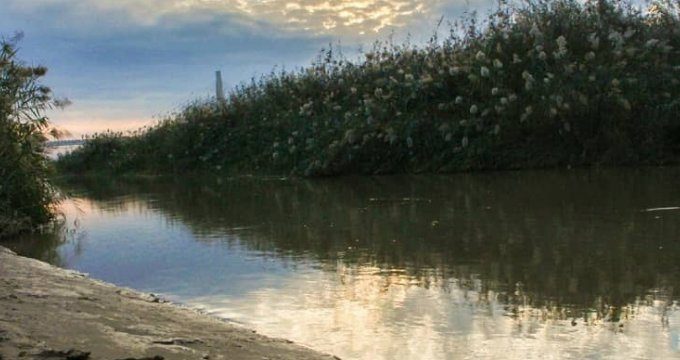 Financial Tribune- Over a dozen islands have recently appeared in the middle of Karoun River in the southeastern Khuzestan Province, presaging an actual drought.

Although the appearance of the islands is not entirely unusual or unexpected because of water scarcity afflicting the whole country, it shows the drastic drop in the amount of water entering the river.

According to Khuzestan’s Governor General Gholamreza Shariati, Karoun’s upstream depletion has been unprecedented in the past 47 years, leading to a severe fall in the river’s water level.

“The noticeable drop has increased salinity and pollution, which will inevitably put more pressure on the beleaguered ecosystem in the area,” Mana quoted the official as saying.

The shrinking water level has troubled local fishers. Many migratory birds have also left the habitat and pumps installed to siphon water to farmlands are now sucking water far above the sustainable level.

Excessive water use, the region’s hot climate and prolonged drought have taken a toll on the river, making its restoration a hot subject of discussion in environmental circles.

The official said dams built on the river’s path are only 40% full.

Shariati added that if the drastic situation were to continue, the next summer will mark an ecological catastrophe for the river.

Improving farming methods, adopting water conservation techniques, overseeing aquifers and groundwater resources, as well as expanding water purification systems throughout the region has been among numerous measures planned for reviving the river, but none has apparently produced any result.

Once Iran’s most effluent rivers, Karoun is the only navigable water flow in Iran with access to international waters (it flows into the Persian Gulf). It has been a major source of drinking water for Khuzestan and a top attraction for its capital city of Ahvaz for years.

Karoun originates in Zardkouh Mountain in Zagros Range and takes in water from tributaries, such as Dez and Kouhrang, before passing through Ahvaz and flowing into the Persian Gulf. It is about 725 kilometers long.