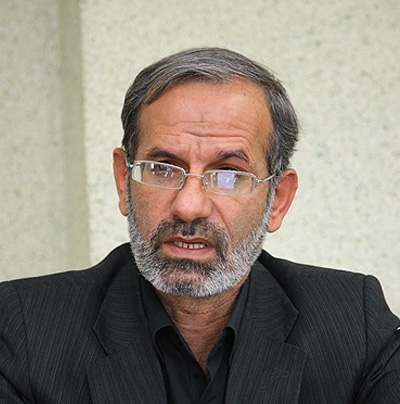 MNA – The Islamic Revolution of Iran has been a matter of great concern for America, Britain, Israel and the West since 1979 and it seems it will continue to be so in the future.

The American government has viewed the Islamic Republic of Iran as a hostile nation since the tenure of former U.S. President Jimmy Carter.   U.S allies, such as the United Kingdom, France, Germany, Israel, and Saudi Arabia, have been coerced to follow Uncle’s Sam’s footsteps in an effort to demonize the sovereign nation of Iran.

Though the above-mentioned countries have attempted to cripple the Iranian economy via a harsh and unjust embargo and oppressive sanctions, they have failed to do so due to the formidable spirit of the Iranian people and their great sense of nationalism which was defined in the Islamic Revolution of 1979.

In recent years, certain members of the international community in Europe have distanced themselves from American’s provocation to alienate Iran from actively taking part in world commerce and banking. This was clearly evidenced by the enthusiasm certain members of the United Nations Security Council (United Kingdom, Russia, France, and China—plus Germany) demonstrated by signing the Joint Comprehensive Plan of Action in 2015.

When a nation faces an external enemy, its priority will be to survive in the face of its rivals. This focus on external forces causes internal reforms to slow down and after a while the system will face internal challenges that appear to be unmanageable.

Iran’s progress validates the expansion of the nation’s internal democracy, an increase in the influence of the Leader, not to mention advancement and achievement in science, industry and defense. The Islamic Republic’s successful efforts in addressing complex regional issues demonstrate that notwithstanding the constant meddling by the West, it is able to continue its pursuit of progress and development. The massive and persistent support of the Iranian people who defend the revolution is the result of domestic stability and its significant strategic position.

The Reality of Iran and Chaos

The Islamic Republic of Iran, like any other countries of the world, has its problems, limitations, but in economic affairs it faces fewer problems than its west Asian and neighboring countries. In Iran food prices, shipping fees, medical care costs, educational fees and others are all less than those in its neighboring countries, whereas per capita income of Iranian people is higher than citizens in the neighboring countries.

On the other hand, in comparison to previous regime, the quality of life in Iran has much improved. Cost income curve in a fixed axis has moved toward being logical. Access of general population of Iran to opportunities and different positions which in the world are known as Development indicators shows that Islamic Revolution and politics of the Islamic Republic has many positive effects on people’s lives and although limitations against Iran have slowed its speed in some cases, they have not stopped its ongoing development. As far back as about two months ago, Imam Khamenei in a meeting with some foreign guests clarified that Iran has overcome difficult conditions and pressures are declining.

At the same time, some faulty internal politics and their role in recent chaos should be mentioned. People in Iran are not satisfied with the method that government of President Rouhani applies. Although the policy of inflation control of his government was successful, this policy was accompanied with downturn in economy. Government with the goal of setting up the economic wheels of country and to boost economic growth, increased the costs of governmental services by 50 to 100 percent, which was illogical and  considered a shock. The policy of increasing costs of governmental services will improve the economy of tomorrow but it will challenge today’s economy, hence even though economic experts assume it necessary and useful, people feel more economic pressure and start to resist against these policies.

It should be mentioned that political competition and party contradictions in a country which is managed on the basis of election and vote of people help to magnify problems in the country and form the protests which demand for reforms. Intense focus of political competitors on the economic failures and inefficiency of management, which have increased during the last months and after Hassan Rouhani’s reelection as president, disappointed the hopes of people for a fast resolving of present problems and only managed to give a negative perspective of Iran’s economic situation.

In the meantime, the US government paid special attention to domestic disagreements which were caused by the economic situation in Iran. They believed that domestic disagreements have disintegrated the Iranian society and have caused conflicts inside the country. From the perspective of the Americans, economic pressures on Iran will make more problems for the Islamic Republic and these problems will push opponents to more conflicts with the government. In Americans’ viewpoint, the devision of the Islamic Republic establishment into two factions is the condition of its collapse. In the meantime, American officials have accounted on the experience of 2009 and are reviewing their policies about it. Trump and other American officials who think alike have emphasized several times that they cannot act like the past and need to escalate social protests and combine them with destruction of public properties in order to vitiate domestic security.

The five-day experience of chaos from December 28, 2017, to January 1, 2018, showed that despite American expectations, Iran’s economic pressure and social effects of democracy have not been able to damage the integration of the Iranian society. The unity of Iranian officials and institutions in confronting the chaos and unrest in the country showed an integrated picture of Iran.

The Leader of the Islamic Revolution appreciated the role of people in rising up against the US policies and their anti-Iran propaganda. He mentioned that despite exaggerations of the enemy about the economic problems of Iran and their negative portrayal of Iranian officials, an improvement in the economy of Iran is promising and governmental officials are determined to solve the current economic problems. He pointed to some social consequences of democracy and noted that he honestly accepts democracy and has always employed his capacities to further the achievments of the president and representatives of the nation in parliament.