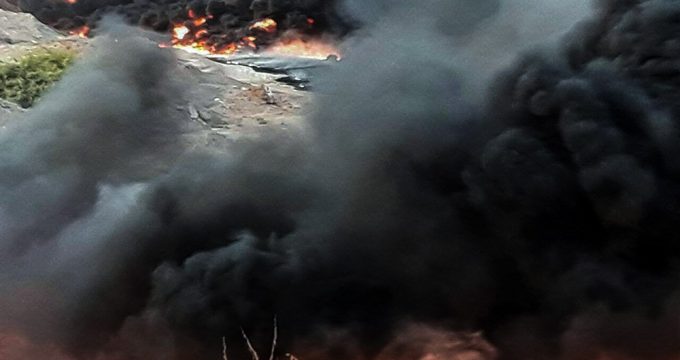 IFP- A huge fire at a bitumen warehouse in the southern Iranian port city of Bandar Abbas has left at least three people killed and two others severely injured.

According to Farsi report by the IRIB News Agency, an official at the fire department of Bandar Abbas has confirmed the number of casualties saying that the firefighters have managed to contain the fire and will extinguish it in a couple of hours.

A member of the board of directors of the bitumen society of Hormozgan province has said that the fire took place in one of the storage tanks of an affiliated company whose task is to heat bitumen carriers.