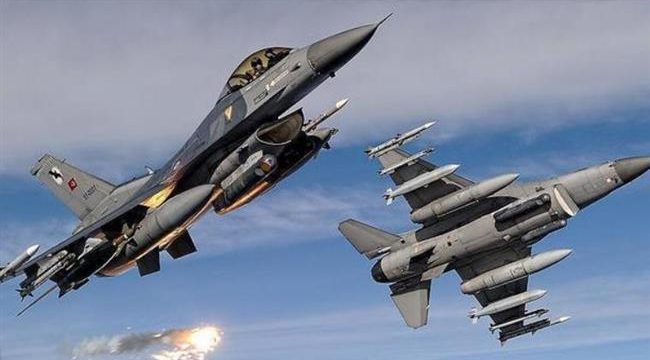 Press TV- Turkey has carried out airstrikes in northern Iraq against the strongholds of the outlawed Kurdistan Workers’ Party (PKK) militants, whom it says were planning to launch attacks on Turkish soil.

The military said on Tuesday that its warplanes had carried out the raids in the Zap region in northern Iraq a day earlier, destroying hideouts and arms caches belonging to the PKK militants.

The militants were planning an attack on border security posts and bases manned by Turkey, the statement added.

Meanwhile, Turkey’s Hurriyet daily cited Foreign Minister Mevlut Cavusoglu as saying that Ankara and Baghdad were in talks for a joint operation against the PKK in Iraq’s Sinjar Province.

“They told us ‘PKK is no different from Daesh, let’s cooperate against this threat,’” he said on his return from his one-day visit to Baghdad on January 21.

The airstrikes in Iraq coincides with Turkey’s fresh operation in northern Syria against US-backed Kurdish militants.

The Turkish president has vowed that his troops would crush YPG Kurdish militants in northern Syria.

The so-called Operation Olive Branch was launched days after the US announced a plan to form a 30,000-strong militant force near the Turkish border in Syria.

Ankara views the Kurdish People’s Protection Units (YPG) militant group as a terror organization and the Syrian branch of the PKK.

Turkey’s parliament has been renewing the military’s mandate for Iraq and Syria operations each year since 2015, when a ceasefire between Ankara and the PKK militants fell apart.

PKK separatists have been fighting a decades-long deadly war against Turkey in quest for an independent state in the country’s southeast.