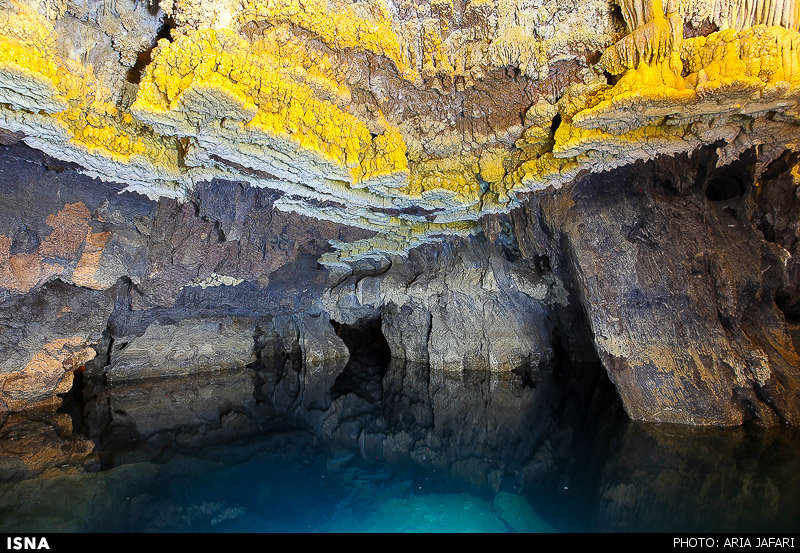 Financial Tribune- On January 26, Spilet Alborz travel agency will organize a tour of Hamedan where visitors will see the capital of the province and the world famous Ali Sadr Cave, the largest water cave in the world.

Rendezvous is 5 am, Argentina Square. Warm clothes are a must, as is a pair of walking shoes for visitors are in for a walk across Hamedan, a city dubbed the capital of Iranian culture and civilization. Hamedan is situated on the foothills of Mount Alvand Mountain, 360 km west of Tehran. The city has cold, snowy winters.

Located along the ancient Silk Road, Hamedan is one of the oldest cities of Iran, said to have been built by the first median king Deioces (709-656 BC). He named it Hegmataneh or Ecbatana meaning ‘city for all’ or ‘place of gathering’ as he united all Median tribes to establish his kingdom.

Itinerary of the tour includes Lalejin City, Iran’s center for pottery and ceramic, where participants will visit pottery workshops and have ‘dizi,’ the traditional Iranian stew, for lunch.

Ganjnameh Tourist Village, as well as the shrines of polymath and physician Avicenna (980-1037) and 11th-century Persian poet Baba Tahir are other sites to be visited.

In Ali Sadr Cave, tourists will traverse the half-lit caverns on rowing boats. Caverns are up to 40m high. Parts of the river running through the cave are 14 meters deep.

The tour will return at 10 pm. Details at Spilet.com.