A Look at Iranian Newspaper Front Pages on January 21

Iran Front Page- IFP has taken a look at the front pages of Iranian newspapers on Sunday, January 21, and picked headlines from 18 of them. IFP has simply translated the headlines and does not vouch for their accuracy.

Also a top story was the visit of Iraqi Kurdistan’s Prime Minister Nechirvan Barzani to Tehran, which is aimed at mending Erbil’s ties with Tehran.

The US government’s shutdown over the Congress’ refusal to pass the proposed budget also received great coverage today. 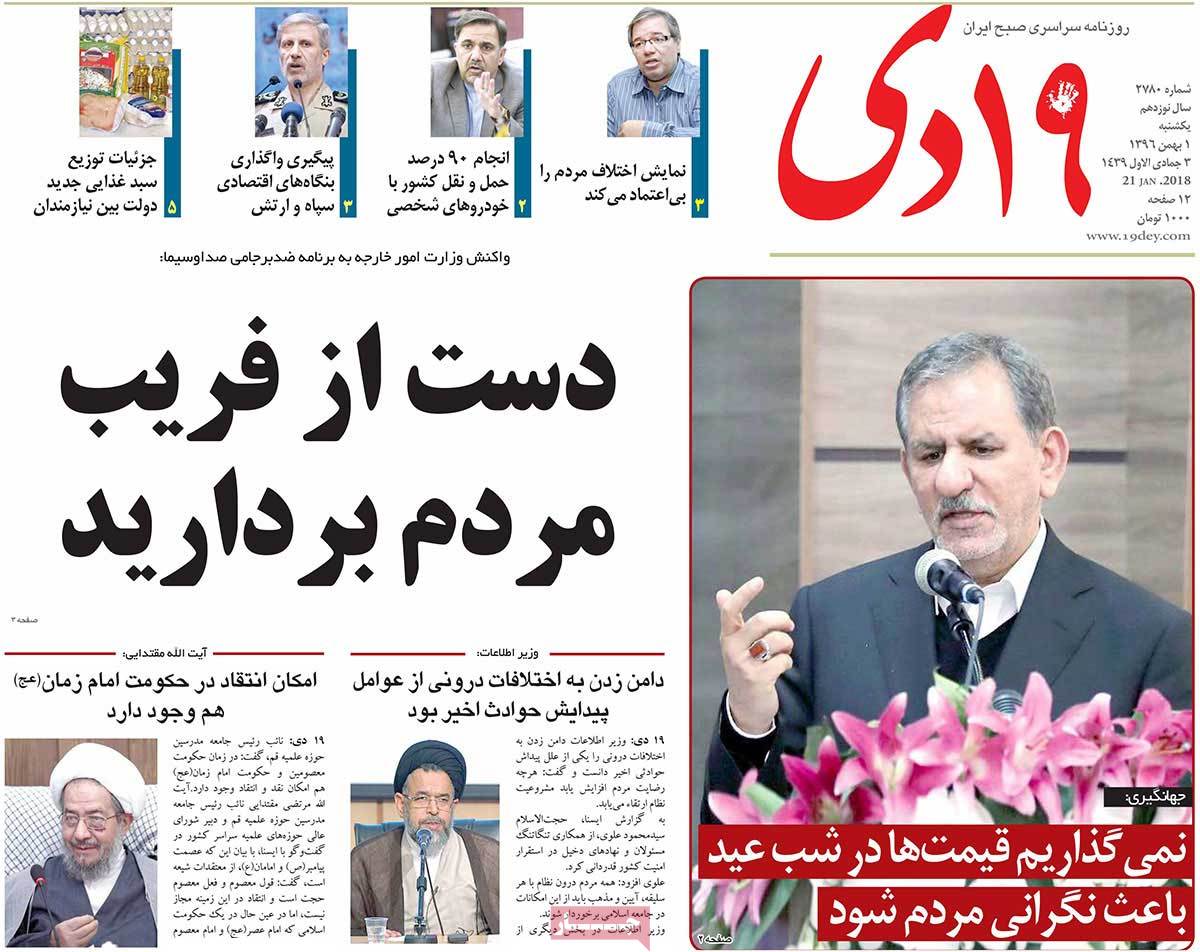 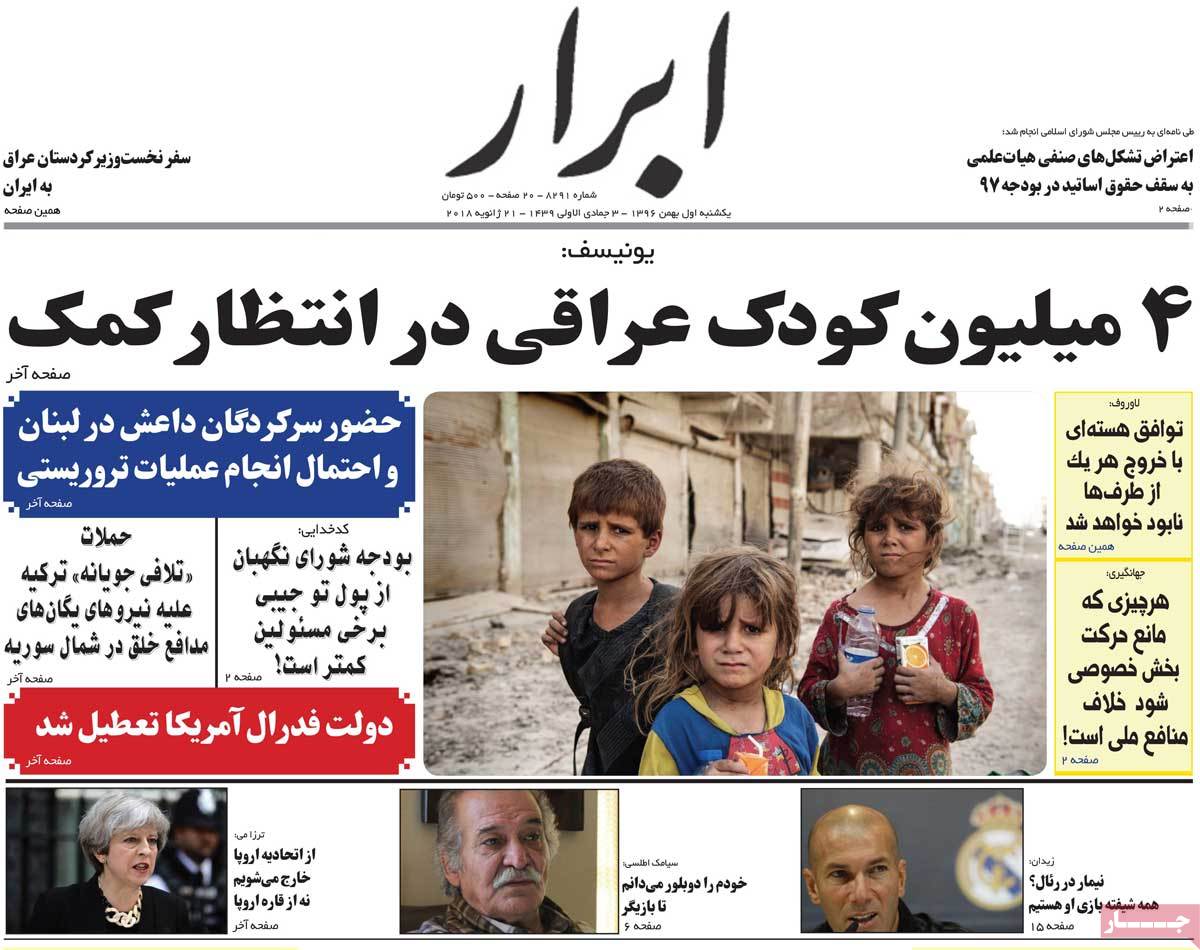 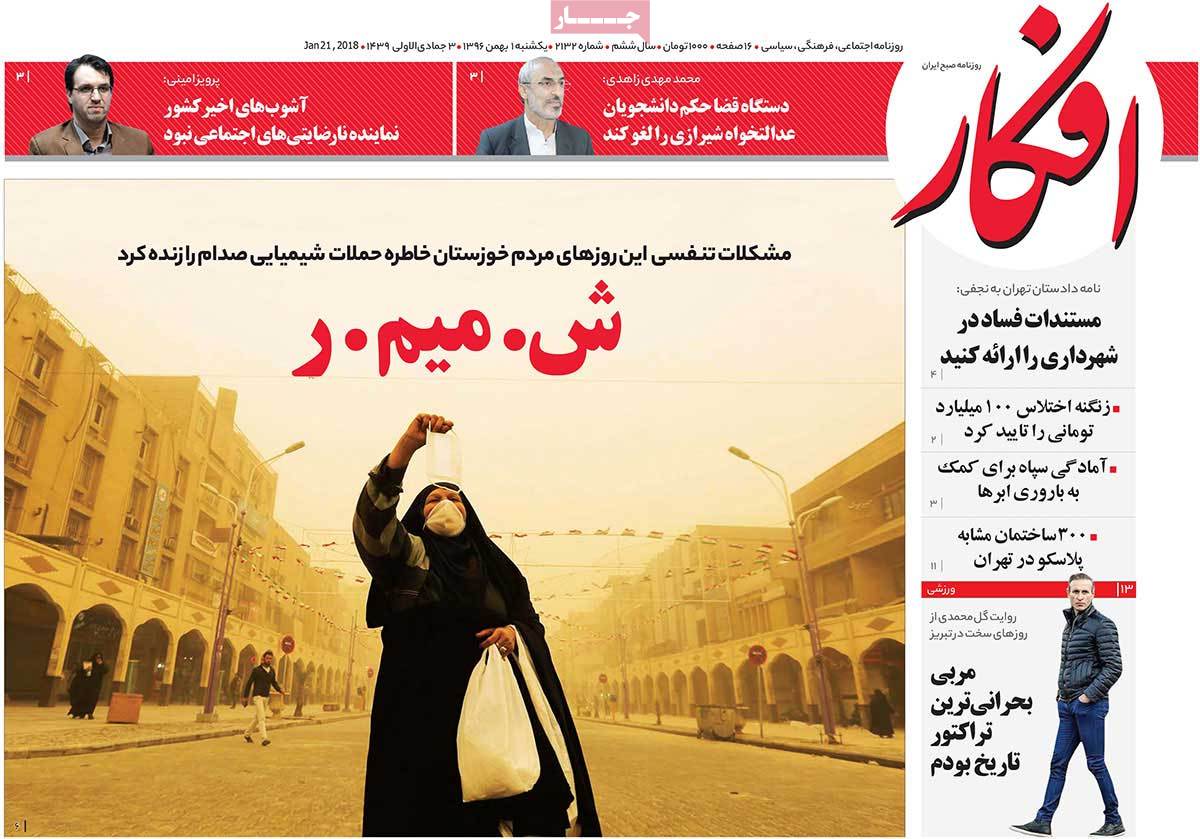 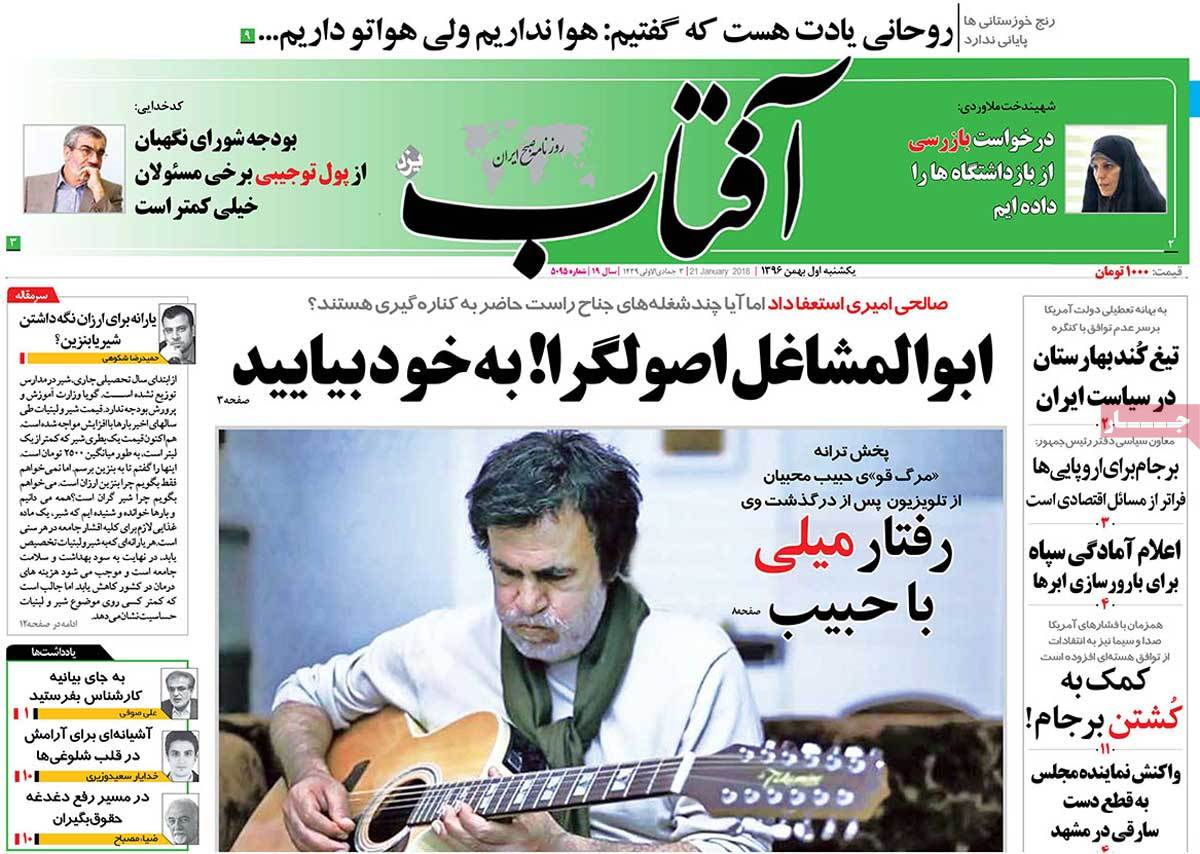 1- People in Khuzestan Can No Longer Tolerate Dust Pollution

1- Iran First VP: People Have Every Right to Yell at Officials 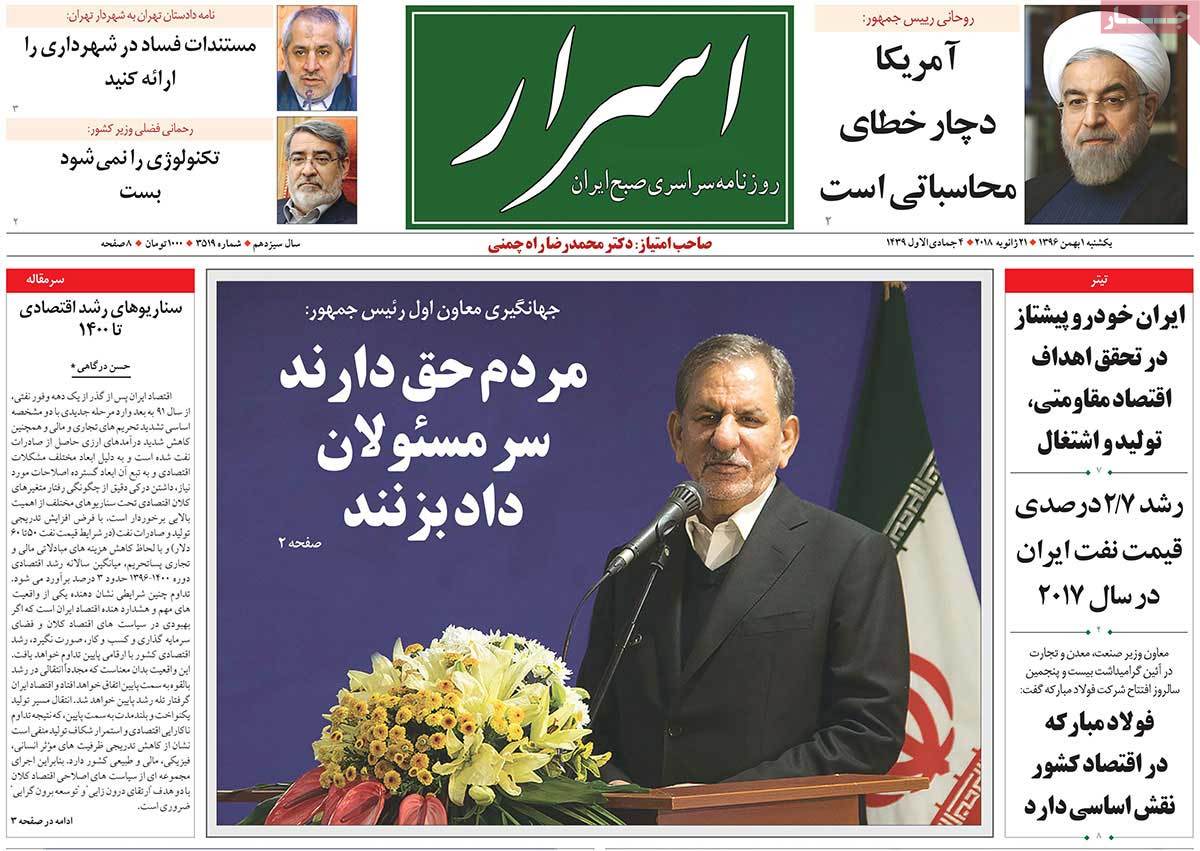 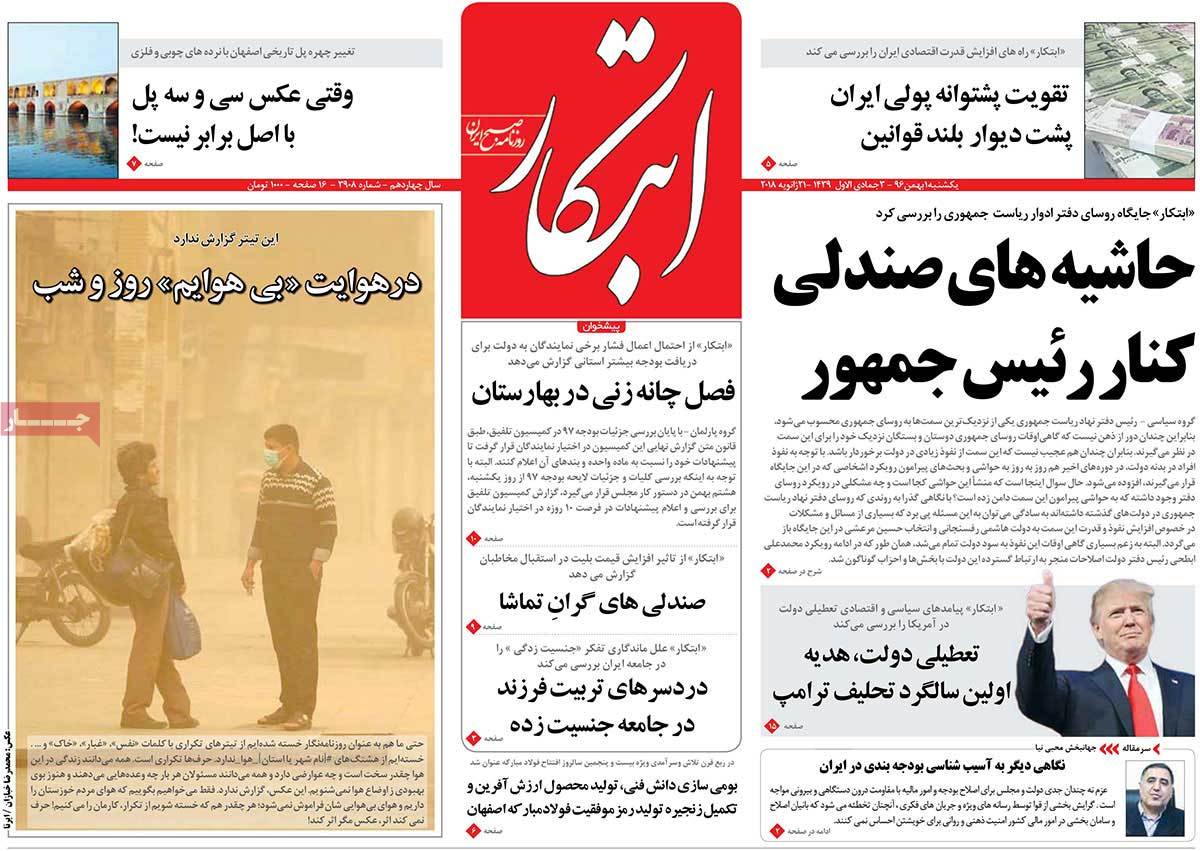 1- White House vs Democrats: US Federal Gov’t Shut Down 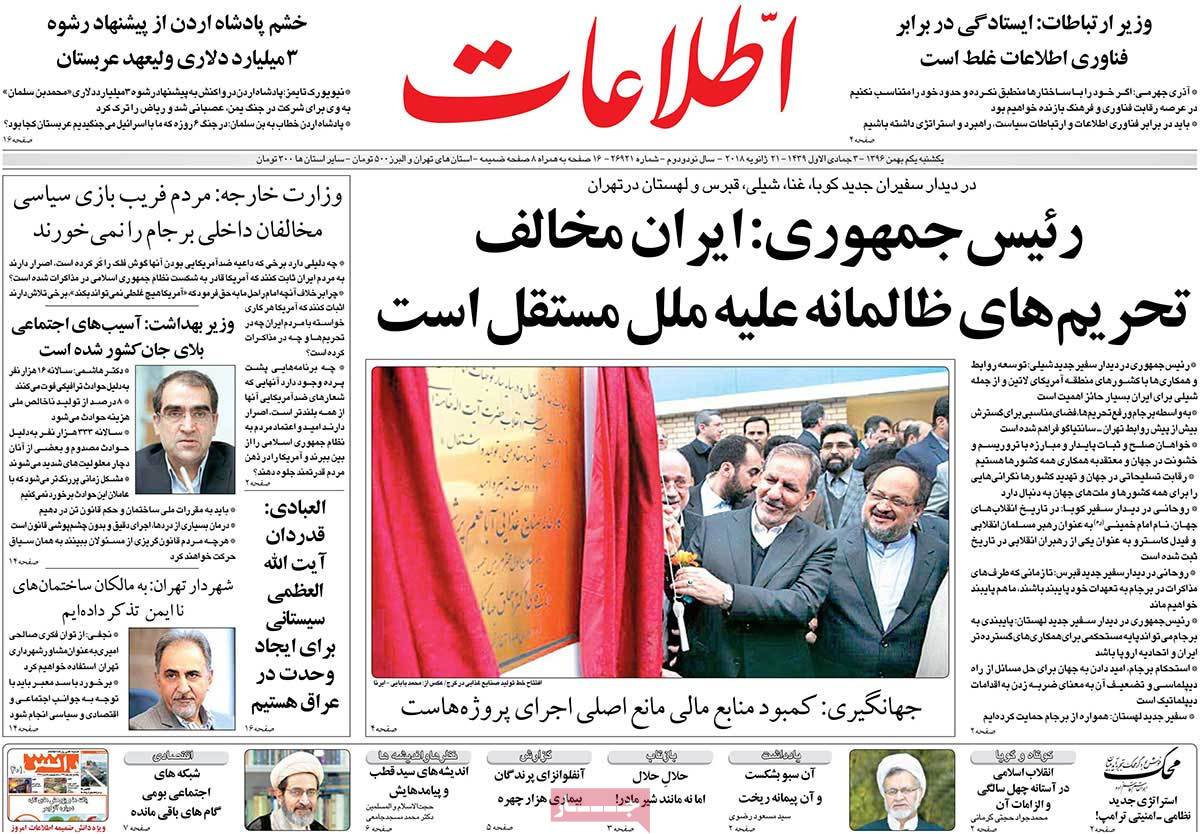 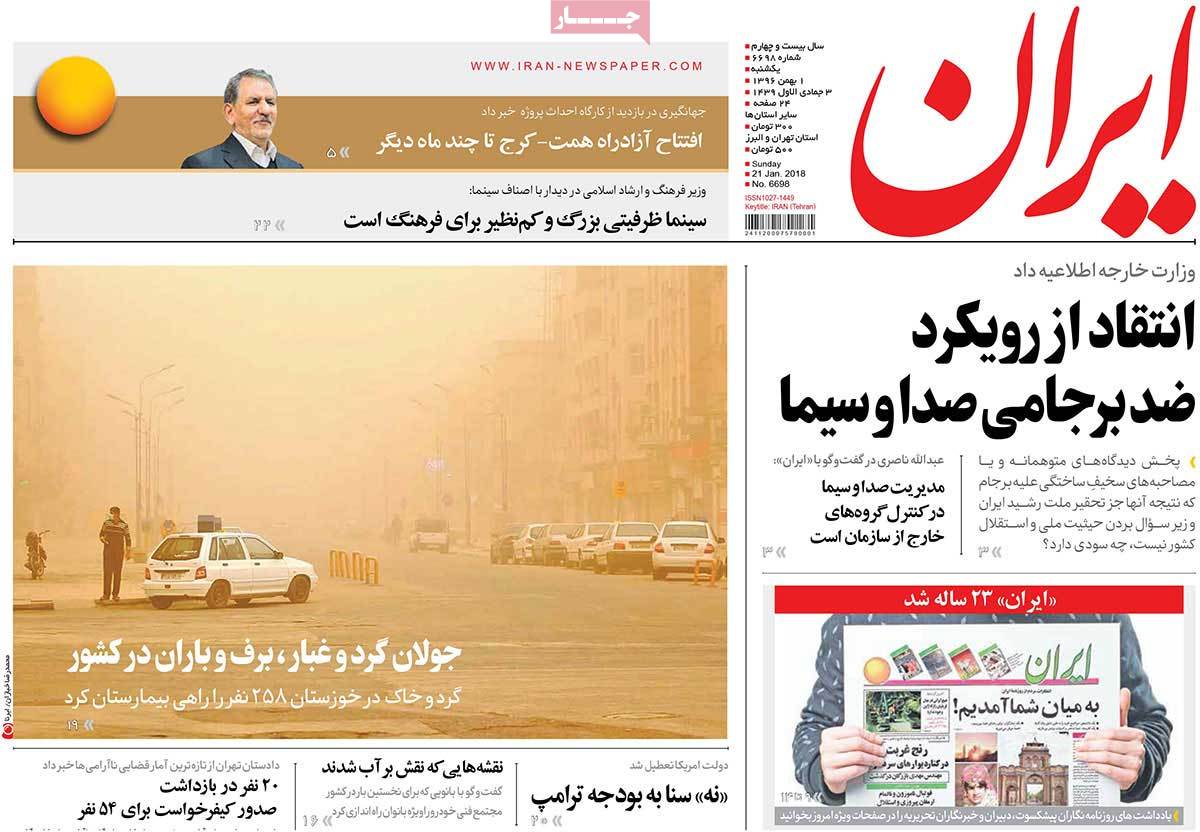 1- Lavrov: Iran Nuclear Deal to Collapse without US

2- Iran Foreign Ministry Calls for Prosecution of a Critic of JCPOA! 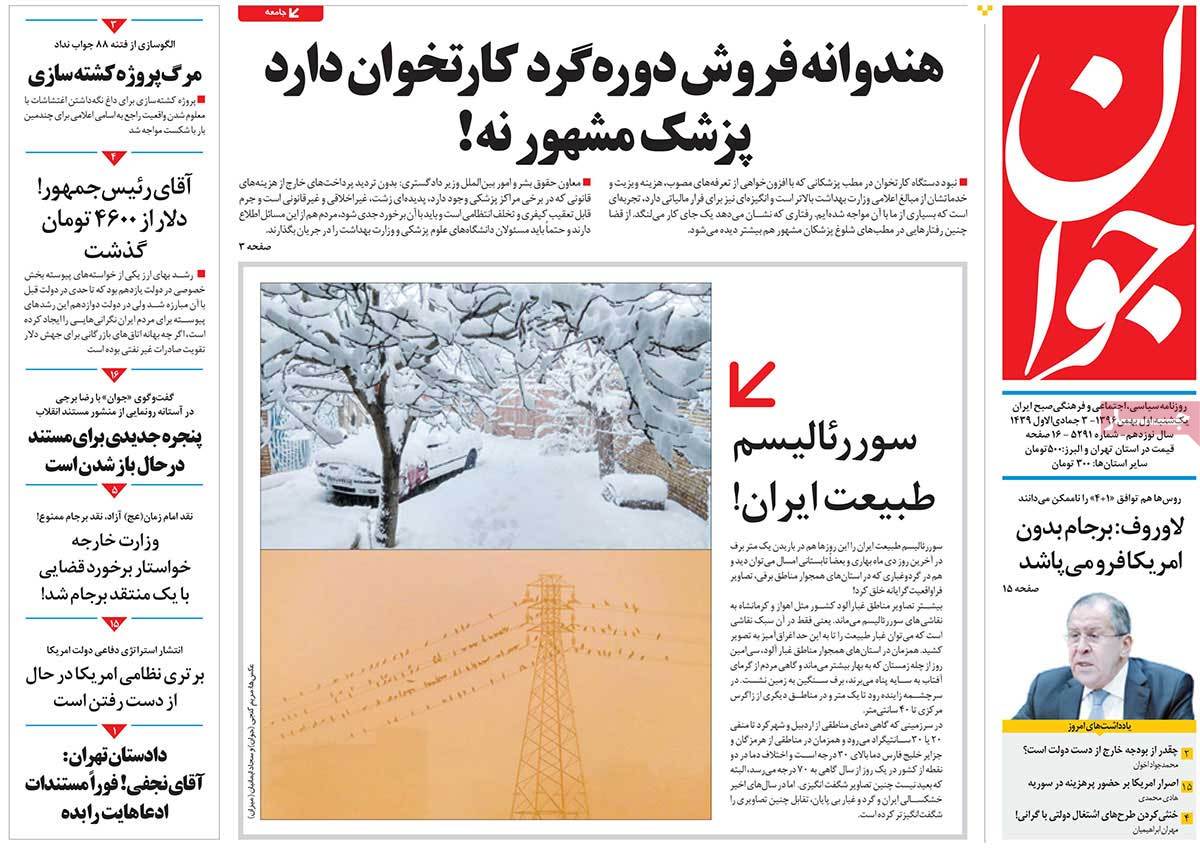 3- Israeli Journalist: Mossad Has Assassinated at Least 3,000 People So Far 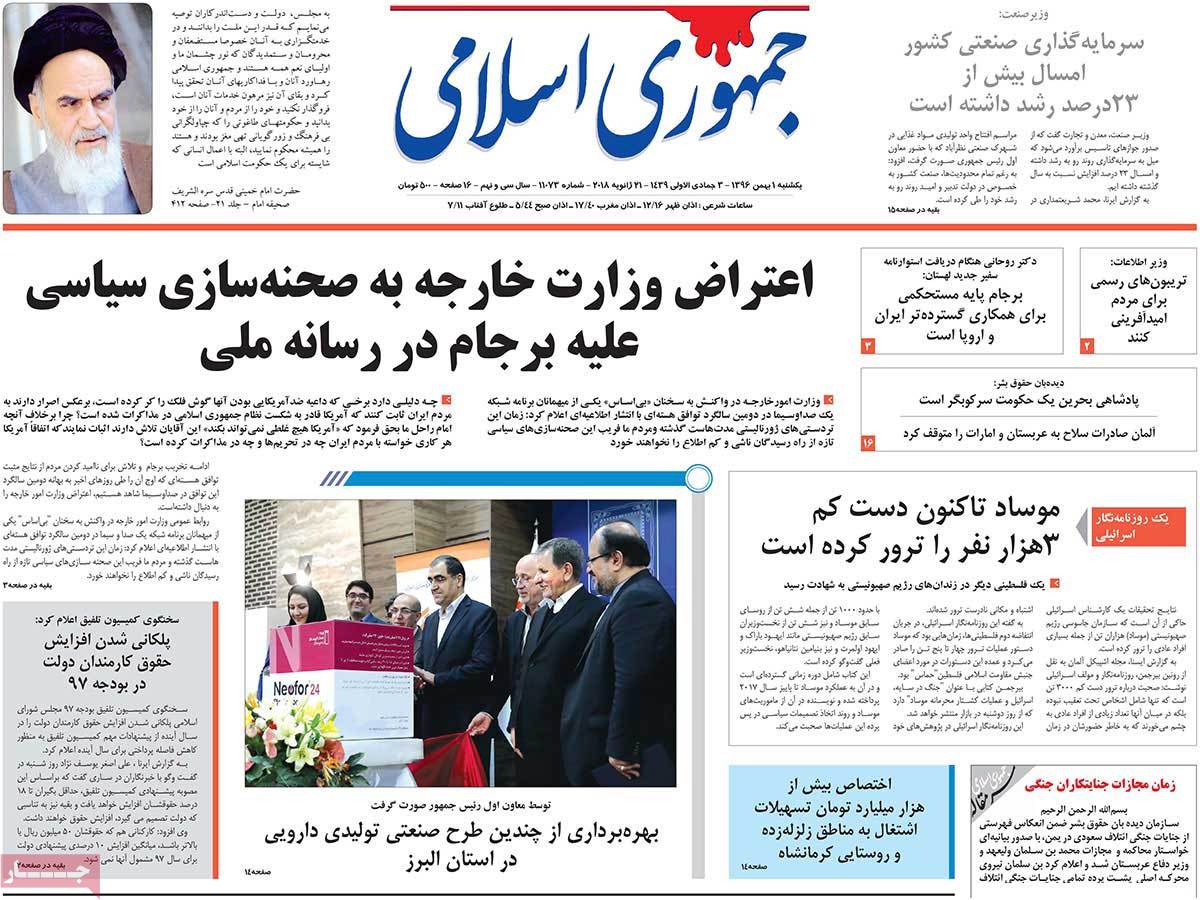 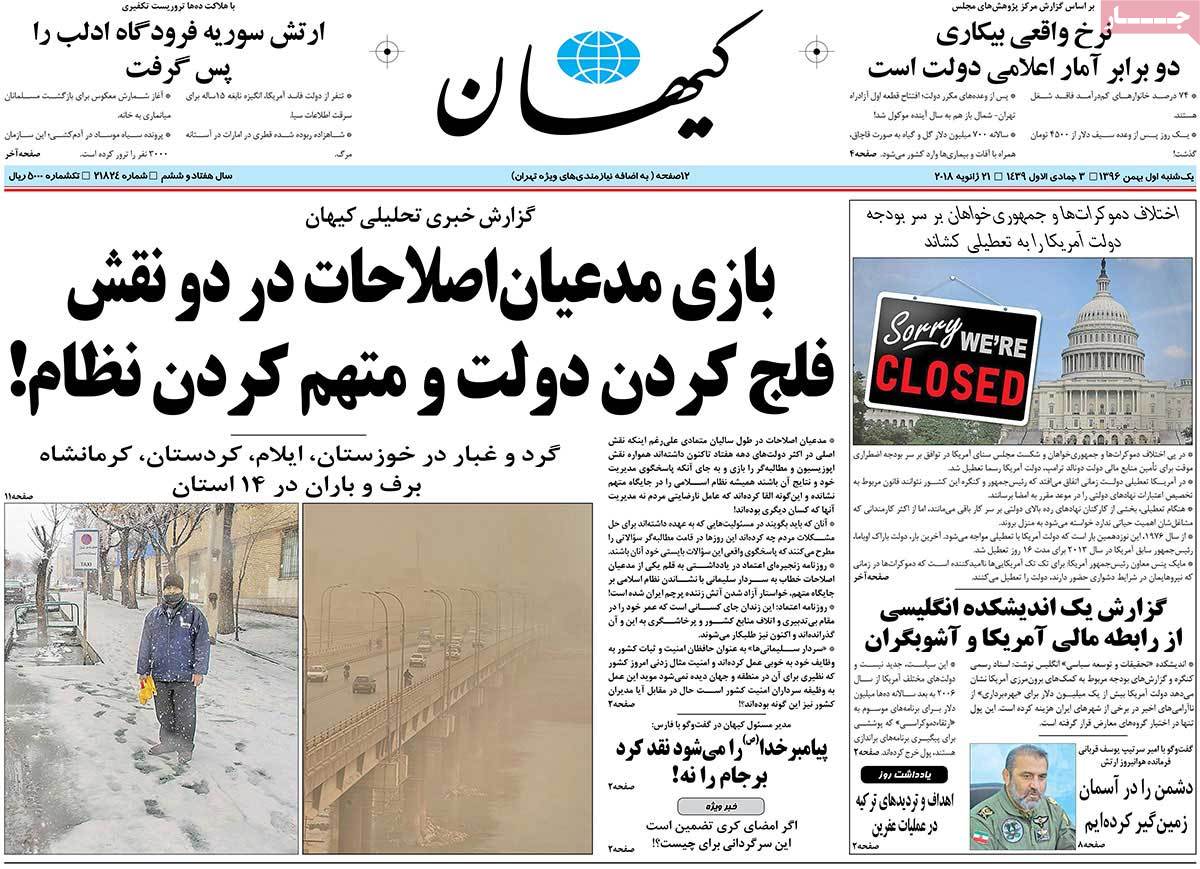 1- Europe’s Staying in or Withdrawal from JCPOA 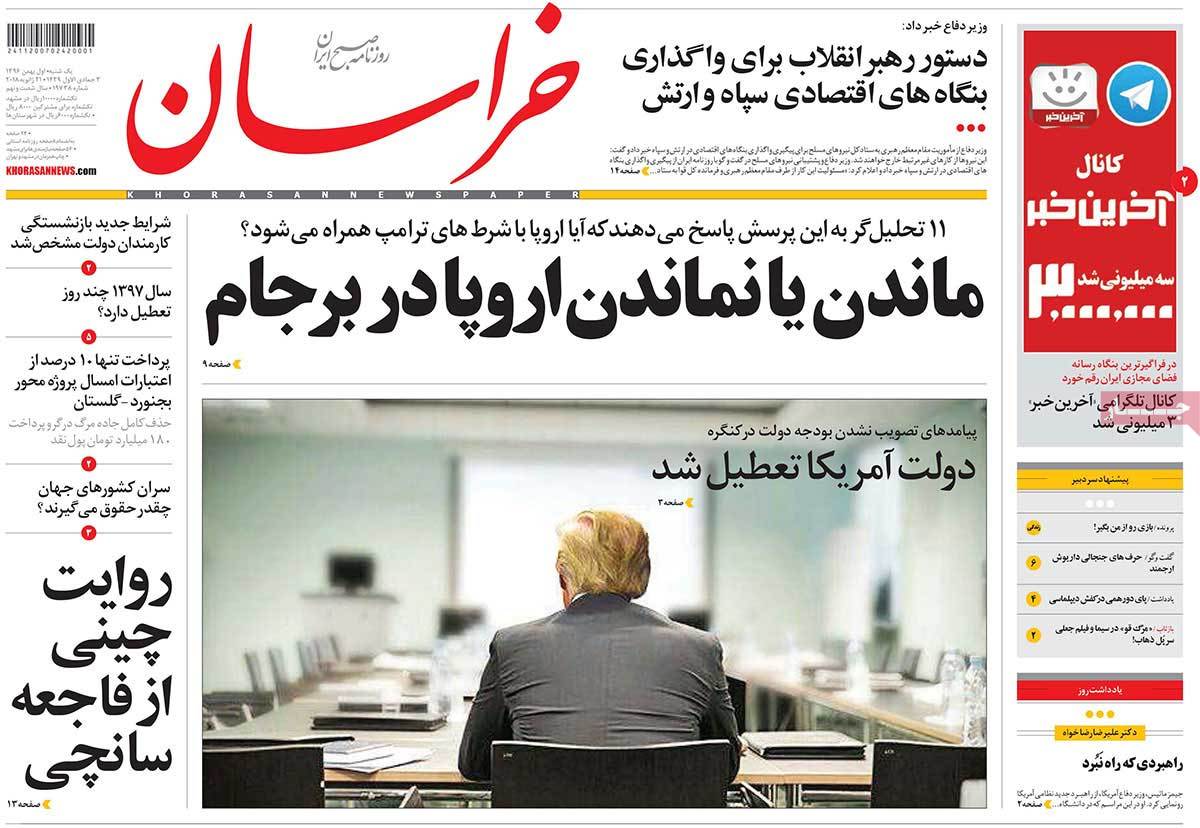 1- Ayatollah Hashemi Shahroudi: US Has Waged Economic War on Iran 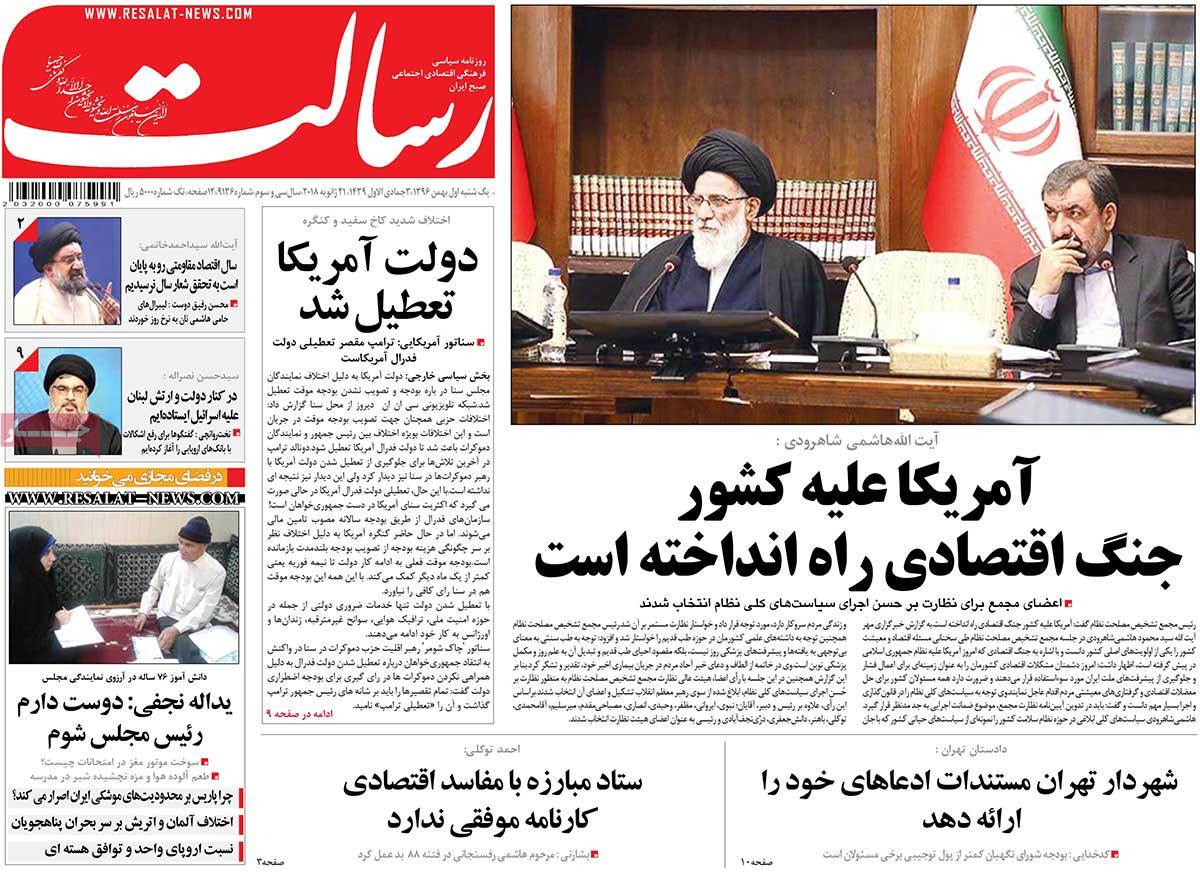 1- Half of Iran to Run out of Water

2- Iran First VP: We Must Rely on Young Minds instead of Oil 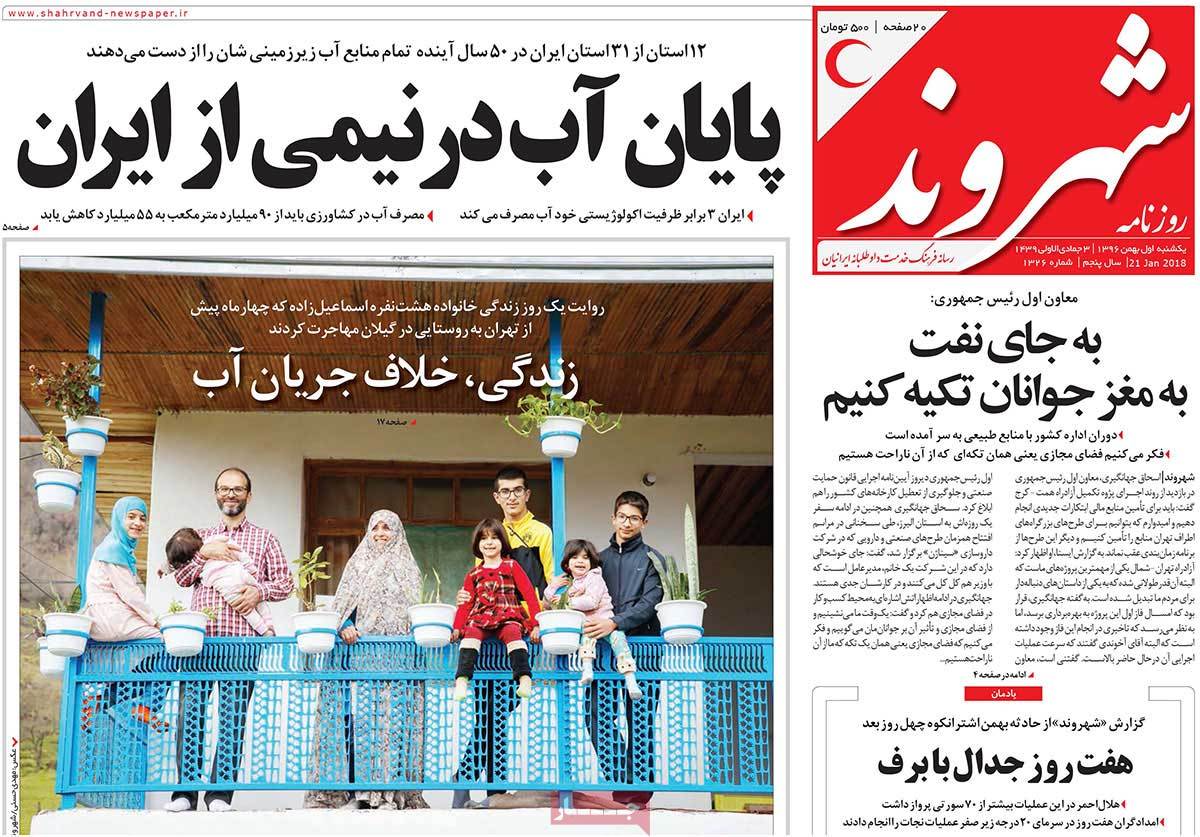 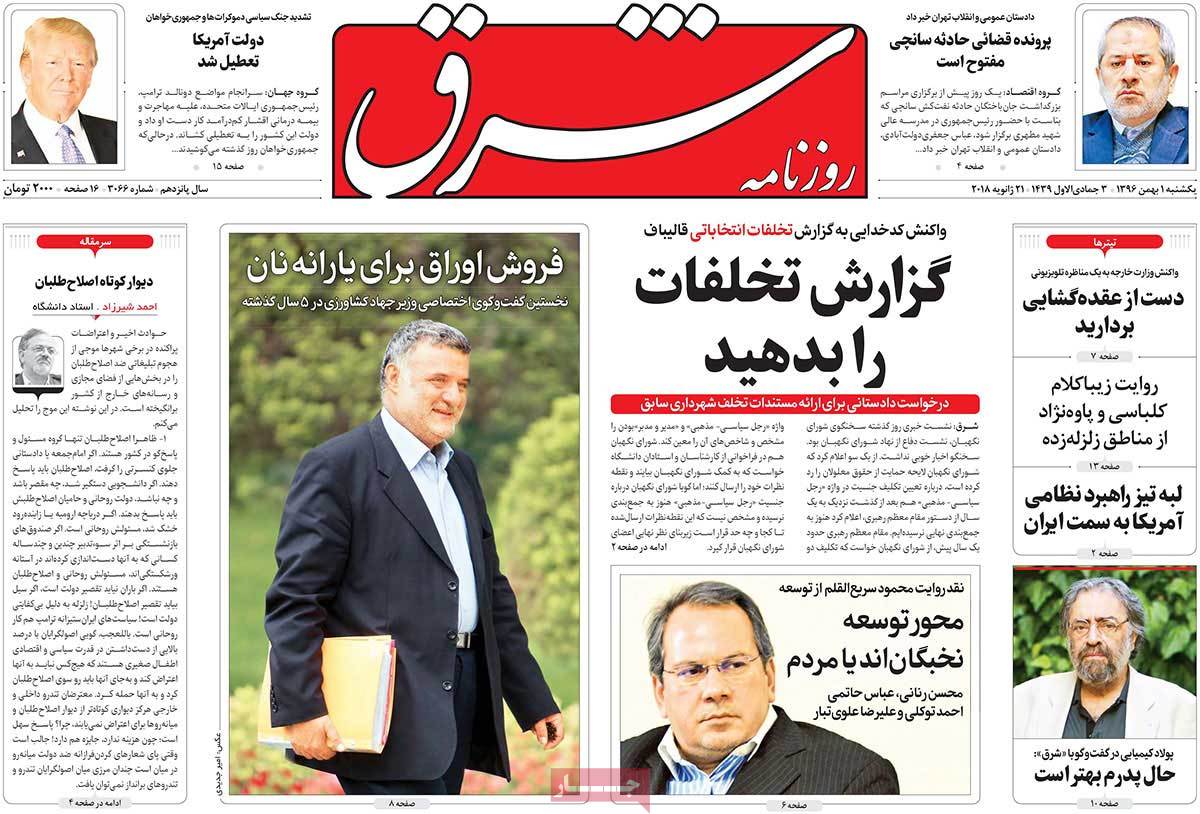 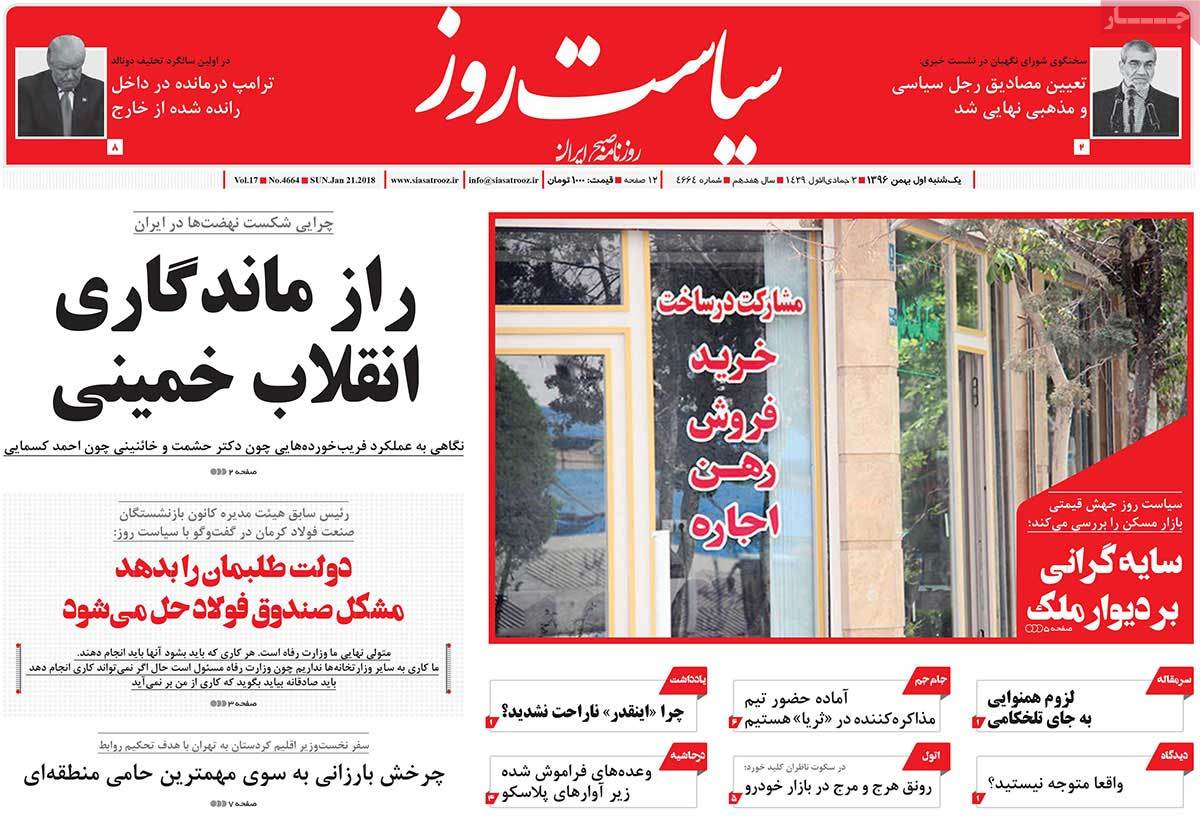 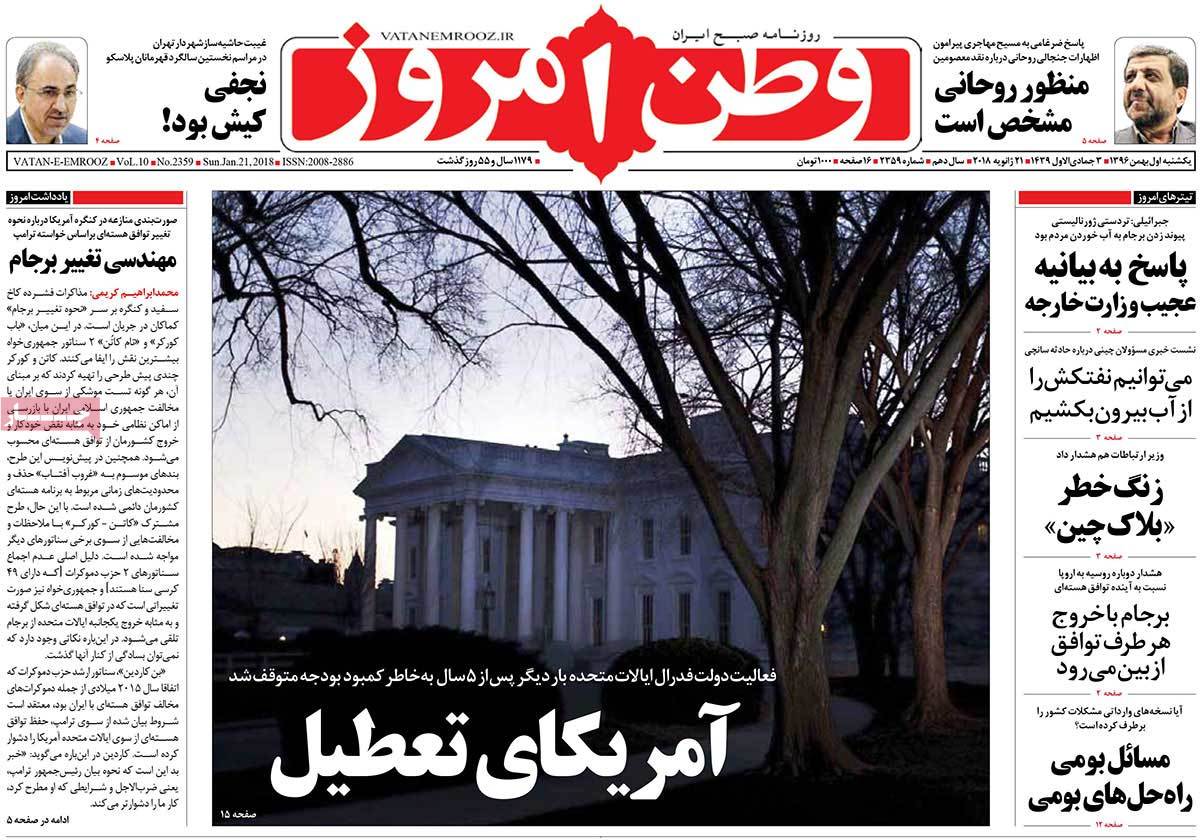