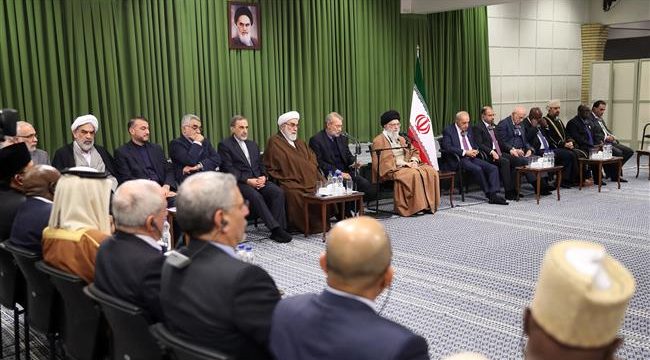 Tasnim – Leader of the Islamic Revolution Ayatollah Seyed Ali Khamenei called on the Islamic Ummah (community) to pay special attention to the ongoing developments in Muslim states, Palestine, Yemen and Bahrain in particular.

Meeting the participants of the 13th Conference dedicated to the Parliamentary Union of the Organization of Islamic Cooperation, today (Tuesday), Ayatollah Khamenei asserted, “There are important topics on the agenda of the conference, but some important issues are also missing. Issues on Yemen and Bahrain are important issues that caused deep injuries and need to be resolved.”

According to official website of the Leader, Ayatollah Khamenei offered his advice to his Muslim brethren, stating, “My advice to my brothers in the Muslim World is that we need to be clear on fundamental issues of the Muslim World in order to be able to create trends [that can increase awareness] and influence public opinion.”

Addressing the participants of the 13th Conference on Parliamentary Union of the Organization of Islamic Cooperation, Ayatollah Khamenei stressed, “Do not let them ignore you, and make the main issues of the Muslim World be ignored through a conspiracy of silence. The dangerous and horrendous Imperialism of Western media—which is dominated by Zionists—must not be allowed to make these issues be ignored.”

Pointing out that it is possible to defeat the Zionists in the soft war, just as in the hard war, he reminded the audience that “Palestine is an important issue of the Muslim World which has been often ignored”.

In another part of his speech, Ayatollah Khamenei stated, “We’re ready to act brotherly even with those among the Muslims who were once openly hostile to Iran.”

“The World of Islam, with such a large population and plenty of facilities, can certainly create a great power within the world and become influential through unity. Such warmongering among the World of Islam must be stopped and we should not allow that a safe haven be created for the Zionist regime. We are ready to treat brotherly even those from among the Muslim world who were once hostile to us.”

“I believe that this struggle against the Zionist regime will bear fruit, just as the resistance has progressed today. There was a time when the Zionists chanted “From Nile to Euphrates,” today they are building up walls around themselves, so that they can protect themselves on that occupied land,” the Leader underlined.

Ayatollah Khamenei reminded that Palestine is a collective: a country and a history. Palestine extends from the river to the sea, and al-Quds (Jerusalem) is undoubtedly its capital. This recent move by the US officials–who have recently been acting more blatantly towards Quds– won’t get anywhere and their moves won’t bear results.

Remarking that the governments which help the United States and the Zionists are betraying, the Leader added, “Like what the Saudis do. This is certainly a betrayal of the Islamic Ummah and the Muslim World.”

Indicating the fact that striving for scientific development is an important issue for Islamic countries, the Leader of the Islamic Revolution added, “The West was able to achieve wealth and power through science, but because they lacked faith and capacity, their knowledge led to oppression and arrogance.” 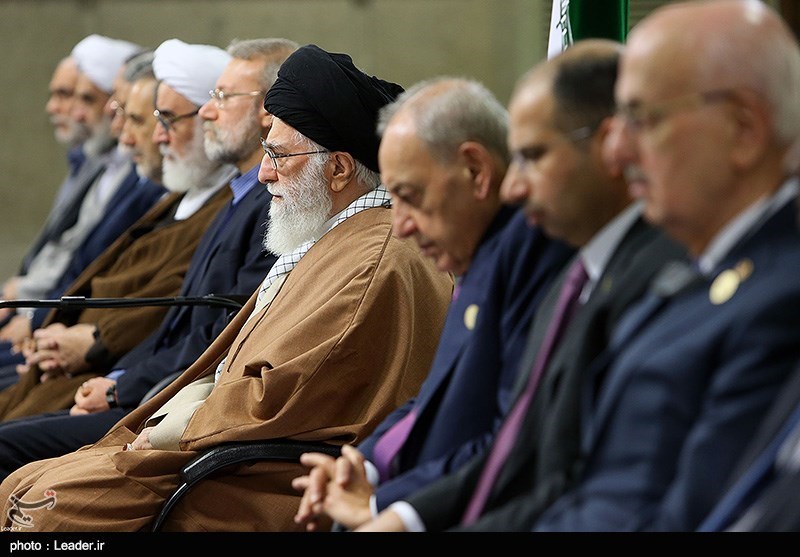 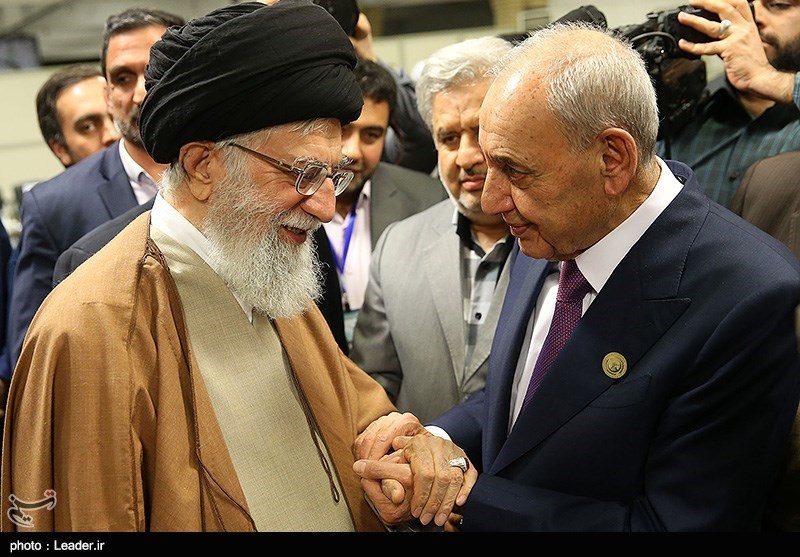 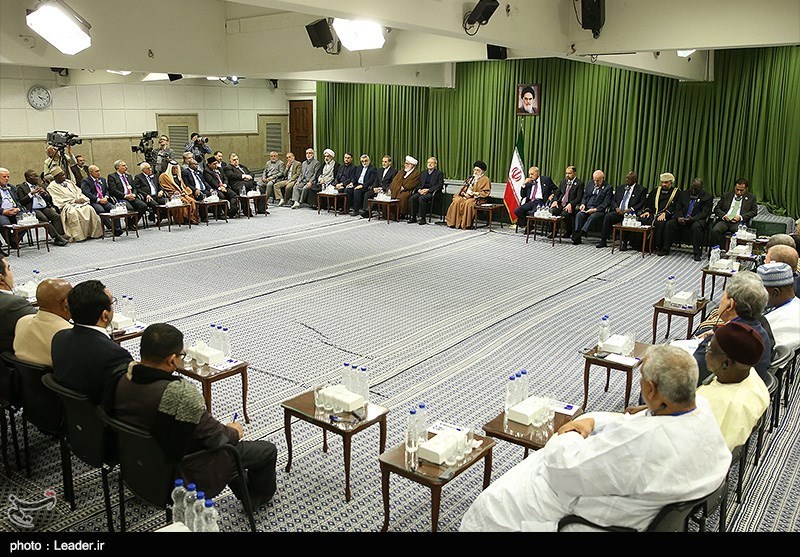