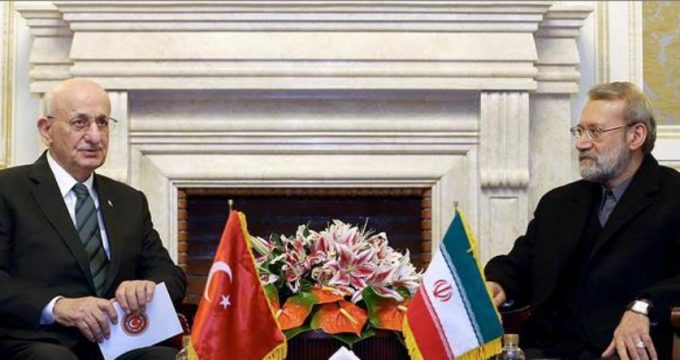 IRNA – Parliament Speaker Ali Larijani in a meeting with his Turkish counterpart İsmail Kahraman in Tehran on Monday called for broadening of banking relations between the two countries.

‘The banking ties should be expanded which is important for the two countries’ businessmen,’ Larijani said during the meeting.

The Iranian parliament speaker said that Tehran and Ankara have deep-rooted cooperation.

Larijani noted that the Americans are trying to disrupt the situation of the regional countries, and said, ‘The clues to US mischief in the region are quite evident.’

He called for all-out support for the people of Palestine and the Holy Quds, and said, ‘The Americans want to gradually resolve this issue and we should not let the Palestine issue to become a pretext; Turkey plays an important role in this respect.’