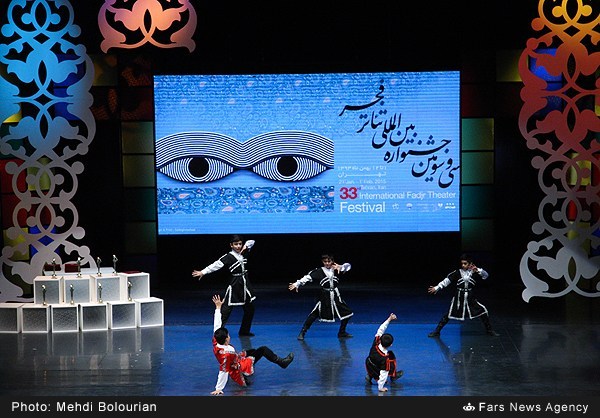 IFP – A group of European theatre festival organizer who recently visited Iran have praised the Iranian theatre audiences saying these people are ‘wonderful’ in terms of their enthusiasm and reactions to what they see on the stage.

Ways to introduce Iranian theatre troupes to international festivals were discussed at the meetings. In addition, the delegation pledged to provide the grounds for some performances by European troupes in Iran.

The European group visited Iran last month to get more familiar with Iranian theatres, a Farsi report by ISNA said.

In an exclusive interview with ISNA, two of these directors shared their impression of their visit to Iranian theatres.

Lou Colombani from the Parallel Festival in Marseille said “something notable about the theatres I watched in Tehran was that each of them had its own unique features without trying to emulate European theatres like plays of Shakespeare and Molière.”

He went on to say that the audiences included many young people. “This comes as in Europe, this is the elderly who are the main audiences of the theatres. In some performances, I felt that the Iranian audiences were bursting with a huge amount of energy which was conveyed to the stage.”

Meanwhile, Director of the Festival Grec de Barcelona Francesc Casadesús said, “We had the chance to visit the directors of the theatres and speak with them on their styles.”

He said new generations of directors have taken the central stage in Iran’s theatre putting together plays for the Iranian youths. “By focusing on the problems that the young generation is grappling with, the directors have managed to attract a huge number of audiences, most of them, the youths.”

The two directors also praised the Iranian plays for their diversity and said they established close connections with the Iranian theatres and invited some of them to their festivals.

They also referred to the activities of some of theatre directors, actors and actresses in the Iranian cinema saying it is very surprising for them because in Europe such issue is very rare.

In reply to a question on how they became familiar with Iranian theatres, Casadesus referred to the works made by Peter Brook on Iranian passion and said “we watched works by Brook and a number of older generations of the European directors on the Iranian culture and became interested to get more familiar with them.”

Casadesus said though he had seen a number of Iranian theatres in the European festivals, he decided to travel to Iran to closely watch the production process of Iranian plays.

Elsewhere in the interview, Casadesus said he had the chance during his stay in Tehran to visit some unknown corners of Iranian theatres which are not usually noticed by the tourists.

“One of the main features of Iranian theatres is the creativity of their writers and directors which usually flourishes under limitations,” he noted.

The director also stressed he is not looking for copies of western theatres in Iran, adding, “We are interested in unique theatres which draw on their own artistic values.”

For his part, Lou Colombani referred to the achievements of Iranian movies saying cinema can provide foreigners with a good opportunity to understand a country’s art. “Unlike cinema, theatre is more complicated and needs hefty productions,” he noted.