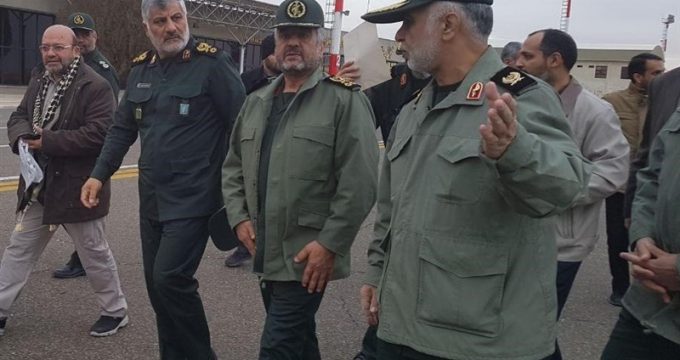 Tasnim – The commander of the Islamic Revolution Guards Corps (IRGC) said his forces have accomplished a mission to provide temporary housing for villagers in the western province of Kermanshah that were left homeless by a massive earthquake in November.

Major General Mohammad Ali Jafari said on Wednesday that the IRGC forces have completed the task of providing quake-hit villages of Kermanshah with Conex boxes to accommodate the local residents.

The IRGC had undertaken to construct 8,000 Conex boxes after the earthquake, but managed to set up more than 8,100 ones in the rural areas in less than 45 days, the general added.

More than 620 people died and some 10,000 others were wounded in the 7.3 magnitude earthquake in Kermanshah on November 12.

According to President Hassan Rouhani, the quake destroyed 11,000 rural houses and 4,500 urban dwellings in the province.

Following the disaster, military forces, including the IRGA, rushed to help the affected areas.