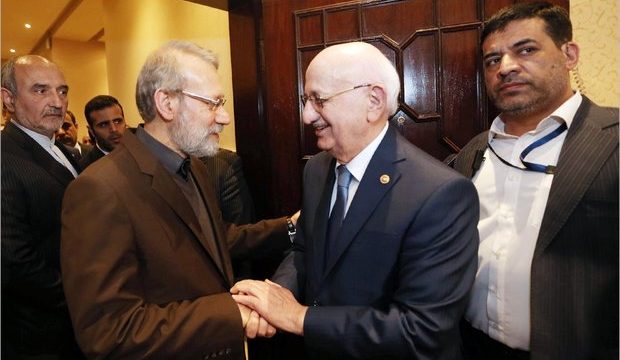 Larijani made the remarks in a meeting with his Turkish counterpart.

Calling for efforts to increase the value of trade exchange between Tehran and Ankara, Larijani said the two Muslim neighbors could also work on many projects in the road construction as well as pharmaceutical and hospitality industries.

For his part, Speaker of the Grand National Assembly of Turkey Ismail Kahraman stressed the need for close coordination between Iran and Turkey on regional issues, saying mutual cooperation would keep preventing terrorist groups from reaching their objectives across the region.