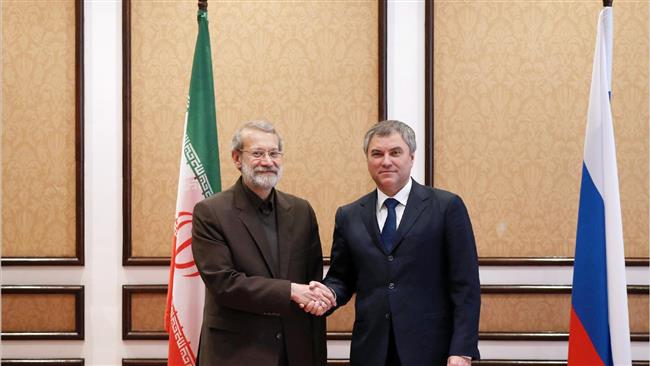 The United States’ decision to recognize Jerusalem as the capital of Israel will provoke aggression and “war” between Palestinians and Israelis, Iran’s parliament speaker Ali Larijani said on Sunday.

“People do not want to stay silent, there will be a rebellion, a war. This is a gamble, it is high time for [US President Donald] Trump to understand what is happening,” Larijani said on the sidelines of the conference devoted to the fight against terrorism.

The parliament’s speaker pointed out that the United States was trying to split the Middle Eastern region. He also refuted US remarks that Washington had defeated terrorism in Syria.

“That was you [United States], who created it [terrorism] there,” Larijani added.

On December 6, Trump announced his decision to recognize Jerusalem as the capital of Israel and instructed the US State Department to move the US embassy in Israel from Tel Aviv to Jerusalem. The decision caused mass criticism across the world.

“I think there will be no miracle at Geneva talks. Geneva process is only slowing down the political settlement. Astana process [on the contrary] is a breeding ground for settlement,” Larijani said at the anti-terror conference in Pakistani capital of Islamabad.

The lawmaker also noted that the presence of the United States in northern Syria would only have destructive consequences.

Syria has been engulfed in a civil war since 2011, with government forces fighting numerous opposition factions and terrorist groups. The UN Security Council resolution 2254 adopted in December 2015 urges UNSC member states to support efforts to introduce a ceasefire and calls for talks between the Syrian government and opposition.

The international community has taken a number of steps aimed at settling the crisis, including through negotiations in Geneva and Astana. The eighth round of Astana talks took place earlier this week. Russia, Turkey and Iran, the guarantors of the ceasefire in Syria, agreed to establish a working group on the release of detainees, adopted a statement on humanitarian mine clearance in the country and made the decision to meet in Russia’s southern resort city of Sochi on January 19-20 to prepare for the Syrian National Dialogue Congress, all in the course of Astana-8 talks.

The eighth round of Geneva talks took place from November 28 to December 14. The round was the longest one since the talks beginning, however it has not brought any breakthrough. During the negotiations, the Damascus delegation went back to Syria for several days after refusing to participate due to the opposition’s call on President Bashar Assad to leave, which had been considered by Damascus representatives as a precondition for the talks.