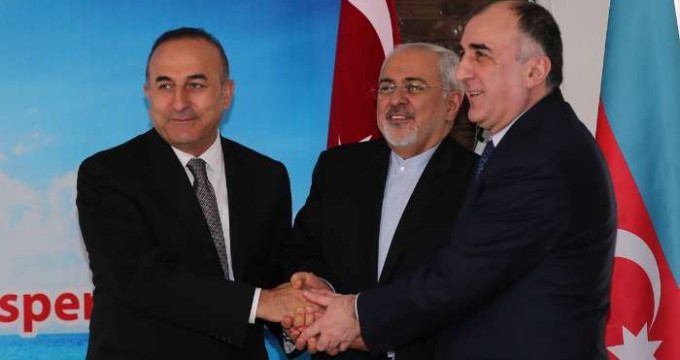 The 5th trilateral meeting of foreign ministers of Turkey, Azerbaijan and Iran would be held on Dec. 20 in Baku, Turkish Foreign Ministry said on Monday.

According to a statement, the ministers will exchange views on “the prospects for enhancing regional cooperation and review the decisions taken in the previous meetings.”

“The mechanism of Trilateral Meeting of the Ministers of Foreign Affairs of Turkey, Azerbaijan and Iran enables to exchange views on regional issues in a trilateral format; contributes to enhancement of cooperation on the basis of common interests and consolidation of regional prosperity, stability and security,” it said.