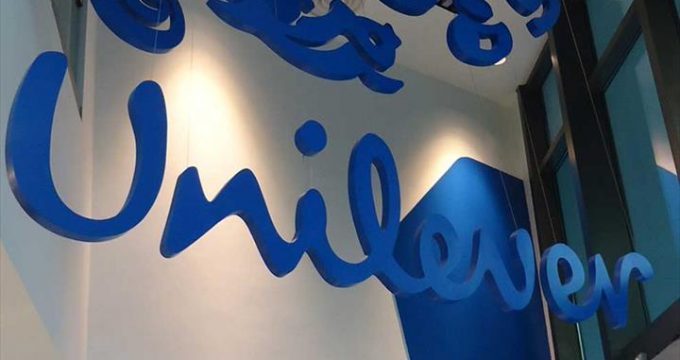 Bourse and Bazaar | Esfandyar Batmanghelidj: Unilever, acting through its Iranian subsidiary, has signed a joint venture partnership with Golestan Company, the makers of Golestan tea and one of Iran’s best known consumer goods companies. The agreement was signed on November 29, but was formally announced this week.

The new partnership will see Unilever and Golestan join forces to locally manufacture and sell food products in Iran. The company’s announcement emphasizes that “the new joint venture company will develop, manufacture, market and sell new brands and line of food products in Iran.” This suggests that more than simply an agreement to locally produce brands from the Unilever stable in Iran, the companies will create new offerings that best suit Iranian tastes.

Özgür Kölükfakı, General Manager for Unilever in Iran, Central Asia, and the Caucuses, noted Golestan’s “local manufacturing and distribution capabilities” as the basis for a partnership that “strengthens [Unilever’s] contribution to Iran.” The announcement did not include details as to the amount of new investment earmarked for the joint venture company.

Though it has diversified into other foods, Golestan Company is best known for its eponymous tea. The ubiquity of Golestan tea in Iran reflects the company’s early innovation in distribution and marketing. Golestan was one of the first Iranian FMCG companies to bring distribution in house, allowing greater end-to-end control of the supply chain, with an impact on everything from pricing to brand positioning on store shelves.

Unilever’s commitment to Iran has intensified since 2016, when global CEO Paul Polman made a visit to the country to meet with the expanding local team. Unilever sees Iran as an battleground as it competes in detergents and personal care with the likes of German Henkel and the American Procter & Gamble, and in food and beverage with the likes of Swiss Nestle and French Danone.

That Unilever will now operate not just its local representative office in Unilever Iran, but also a full manufacturing joint venture, reflects a trend among FMCG multinationals working in the country. While Unilever has owned a production facility in Qazvin since 2003, most FMCG companies have typically partnered with Iranian companies within licensing or contract manufacturing models, which saw globally recognized brands produced in Iran but without direct ownership or operation by the international partner, who would instead receive revenues in the form of a fee. This approach exposed multinationals to less risk, but also limited their ability to create value in the Iranian market.

Since the lifting of international sanctions on Iran in 2015, several forces have combined to further push companies towards joint venture partnerships or outright control of their Iran-based manufacturing interests. Not only has the Iranian and regional market matured in the two decades since many international brands began to be locally produced in Iran, offering greater opportunities at scale, but improvements in foreign investment protection and greater political comfort with foreign-owned local enterprise, have made joint ventures more appealing for international firms. This trend has led to new ownership-centered partnerships in the automotive, steel, pharmaceutical, and FMCG sectors, among others.

Consumer preferences have also driven the shift in strategy. Data from market research firm IranPoll indicates that 55% of Iranians believe that European products sold in Iran are “mostly counterfeit.” Iranian consumers still have a strong affinity for local brands, in part because nearly half of Iranians believe that European companies “do not have a good understanding of the needs and the taste of the Iranian people.”

To address these concerns and build local trust, multinational companies need to become more deeply engaged in the Iranian market. A significant 58% of Iranian consumers believe that “opening an official representative office in Iran will increase confidence in the quality of European producers’ products in the Iranian market.” In this context, Unilever’s move to establish a local joint venture with a trusted Iranian partner, and to focus on the development of new product lines tailored to local tastes is a smart response to consumer demands.

Today, in the Iranian FMCG market, the likes of Danone, Groupe Bell, Nestle, and Henkel are either operating with or actively exploring the potential for direct ownership of their local manufacturing interests. The most advanced company in this regard is Henkel, which brought out its Iranian shareholders in 2016 to convert its extensive manufacturing joint venture into a fully-owned subsidiary.

The determination with which FMCG multinationals are investing in the Iranian market is bearing fruits for Iranian consumers. The availability of consumer goods is one of the few areas where Iranians have seen improvements first-hand since the nuclear deal was implemented two years ago. In a recent survey conducted by Bourse & Bazaar in partnership with IranPoll, 43% of Iranian consumers have noted an increase in the “availability of goods made by multinational companies” for sale in Iran.

Said Ahmad Nasiripour, Managing Director of Golestan, relayed his hope that new partnership with Unilever points to a “much brighter future” for the company and its consumers. Expectations will certainly be high.