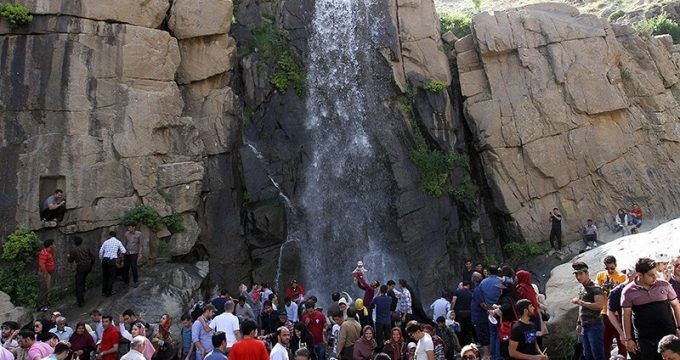 Al Monitor | Saeid Jafari: A threefold increase in the departure tax proposed by the government has prompted outrage among many Iranians. The proposed hike is part of the administration’s new budget plan for the upcoming fiscal year, starting March 21, 2018. President Hassan Rouhani submitted the draft budget to parliament Dec. 10, but the controversy surrounding the document may prevent its approval.

The proposal of a new government budget in Iran has always been accompanied by a great deal of debate. However, the latest draft seems to be drawing more criticism than before, particularly in the parts that involve departure taxes.

But what are departure taxes and how did they come to be? Iran’s parliament approved this tax in 1985, given the country’s unique situation at the time, namely the Iran-Iraq War and the shortage of government funds. According to the measure, any person who wished to travel abroad via air was required to pay a fee of 50,000 rials ($1.40) to the treasury. Over time, this law became permanent and the fee steadily increased. The current fee is 750,000 rials ($21), but under the new budget plan submitted by Rouhani, this figure would increase to 2.2 million rials ($61.80) for one’s first trip abroad. The fee would rise to 3.3 million rials ($92.70) for the second trip and then to 4.4 million rials ($123.60) for all other trips over a 12-month period.

A social media frenzy ensued after news of the proposed fee hike broke, prompting government officials to respond to the situation. “The fact that there are twice as many [Iranian] tourists who exit the country as [foreign] ones who enter is not a good thing,” said Ali Asghar Mounesan, the head of Iran’s Cultural Heritage, Handicrafts and Tourism Organization, on Dec. 10. “Previously, some 100,000 rials ($2.80) of each departure tax would go to the Iranian Cultural Heritage Center. With the increase, 400,000 rials ($11.24) [of each departure tax] will be allocated to this organization.”