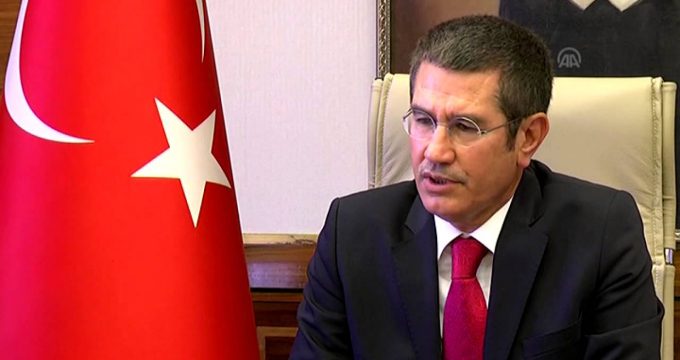 No Muslim can ever accept Trump’s decision: Turkish defense minister

IRNA – Turkish Minister of National Defense Nurettin Canikli said on Tuesday on a phone call with his Iranian counterpart Brigadier General Amir Hatami that announcing the Holy Quds as the Israeli capital is a big mistake that cannot be accepted by any Muslim.

‘Recent developments in the region have accentuated the collaborations between Iran and Turkey and no power can adversely affect the friendship and fraternity between the two nations,’ said Canikli.

He added Trumps decision to recognize the Holy Quds as the capital of the Zionist regime is a big mistake and unacceptable for all the Muslims in the world.

He accepted the Iranian defense minister’s invitation to visit Iran and stressed that the two countries should continue cooperating the framework of Astana meeting.

On Wednesday December 6, Trump recognized the Holy Quds as the capital of the Zionist regime and ordered the US embassy be moved from Tel Aviv. The city is a holy place for all Muslims around the globe and is an inseparable part of Islamic sanctities.

The decision is an overt violation of the UN resolutions. The UNSC Resolution 2334, issued on December 23, 2016, underlined, ‘It will not recognize any changes to the 4 June 1967 lines, including with regard to Jerusalem, other than those agreed by the parties through negotiations.’