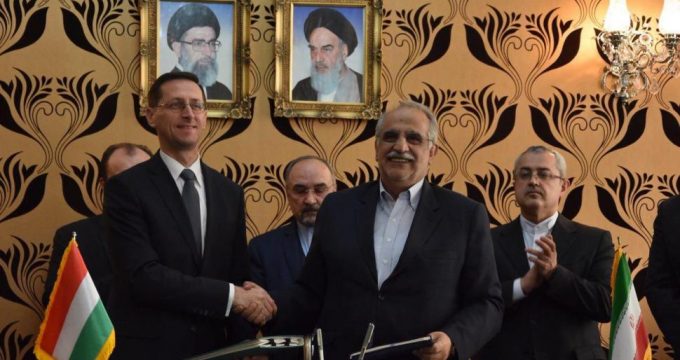 IRNA – An Agreement on persuasion and support for investment between Iran and Hungary and joint venture contract and investment in the field of agriculture were signed between private sectors of the two states.

Meanwhile, a joint venture contract and investment in the field of agriculture and agro-industry was signed between Hungarian LAC Holding and Iranian ‘Nika Basir Payam’.

Masoud Karbasian said on the sidelines of the signing ceremony that these agreements will help investment atmosphere between the two countries and given the Hungarian membership in European Union, it will reduce risk of investment.