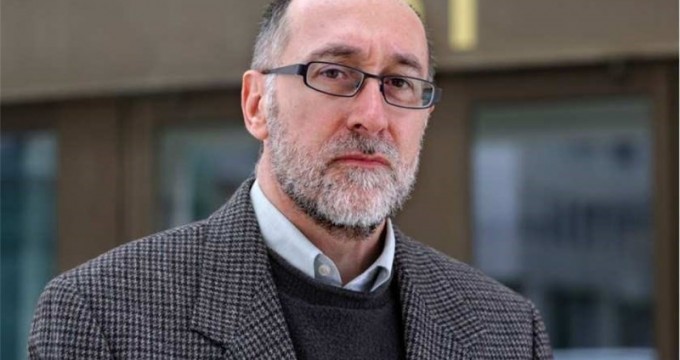 Tasnim – An Ottawa-based scholar described Ayatollah Khamenei’s second letter to Western youth in 2015 as “incisive” and “profound”, noting that the letter suggests that humanism can prevail in the West despite attempts by Washington and certain lobbies to create chaos.

“(Leader of the Islamic Revolution) Ayatollah Seyed Ali Khamenei’s letter remains as incisive and profound today as in 2015. It is a beautiful and earnest communication from a thoughtful leader who clearly wants world progress towards cooperation, meaningful development and security for all peoples,” Denis Rancourt told the Tasnim News Agency.

“… Powerful Israel lobbies in Western countries have disproportionate undemocratic influence and drive or facilitate public policy towards: state suppression of criticism of Israel, vilification of targeted Muslim nations, a massively supported military and expansionist role for Israel in the Middle East, and large-scale Western wars in the Middle East, which serve continued imposed regional dominance of the USA and Israel.”

He added, “Despite these difficulties, the Leader’s letter proposes that humanism and collaborative co-existence can prevail if the Western youth are moved to generate a societal sense of compassion, justice and self-respect, sufficient even to make elite planners take note.”

Denis Rancourt is a former professor of physics at the University of Ottawa. He has published more than 100 academic papers. He was a member of Ottawa-Carleton Institute for Physics and the Ottawa-Carleton Geoscience Centre. He is the author of the book “Hierarchy and Free Expression in the Fight Against Racism.”

Tasnim: Leader of the Islamic Revolution Ayatollah Seyed Ali Khamenei’s second letter to the youth in the West was released on November 29, 2015, following Paris terrorist attacks claimed by the Daesh Takfiri group. How much do you think the letter has been successful to help the world distinguish between the true Islam and the Takfiri ideology? Why did the Leader choose to directly address the Western youth once again in form of a letter?

Rancourt: Ayatollah Seyed Ali Khamenei’s letter remains as incisive and profound today as in 2015. It is a beautiful and earnest communication from a thoughtful leader who clearly wants world progress towards cooperation, meaningful development and security for all peoples.

The letter is a testament to a life of reflection and action in protecting and supporting a nation that was violently and disrespectfully invaded and defiled by crass Western interference. With this leadership, Iran has flourished, preserved its unique mosaic of cultures and exercised sovereignty over its economy; despite unending malicious USA attempts to isolate and weaken the nation in every sphere.

Nations whose leaders have sold out to the USA have only an illusion of security and temporary material wealth. Fundamentally, these occupied nations have coerced populations that are spiritually and intellectually degraded by the depravity of their undemocratic leaders. I’m referring to the example of Saudi Arabia, which is a human disaster.

Likewise, the military and apartheid state that is Israel is also experiencing a deep spiritual and cultural melt-down of its Jewish population, by virtue of its longstanding pact with the USA to be an oppressive force in the region and to relentlessly advance its “cleansing” operation against the Palestinian people.

In the face of military, spiritual, cultural and security threats to Muslim nations in the region, in the face of graphically demonstrated existential threats from overt and covert wars, all arising from the USA and its partners in thuggery, Ayatollah Seyed Ali Khamenei chose to directly address Western youth.

Thus, the letter presumes a fundamental ability in Western youth to perceive the authenticity and truth of the Leader’s earnest appeal to humanism and reason. The Leader’s goal is that a wave of reason and compassion might sweep across many youth, thus preparing and inducing a new world in which the international criminality of powerful Western nations is constrained, and even transformed.

One can only admire this goal. But I fear that the same vile system that supports terrorism in the Middle East has also been long at work making much of the Western youth and most of the Western domestic populations more uninformed, blind and unfeeling than would be ideal in a just world. I hope I am wrong on that point, and I may well be wrong.

Tasnim: “Military campaigns targeting the Muslim world over recent years, which have taken countless lives, are another example of the West’s contradictory logic. Besides human losses, the invaded countries have lost their economic and industrial infrastructure, their drive towards growth and development has been halted or slowed down, and in some cases, turned back tens of years. Nonetheless, they are rudely asked not to consider themselves as oppressed. How can a country be reduced to ruins and its city and village be reduced to ashes and then (its people) be told not to consider themselves as oppressed! Instead of inviting (people) not to understand or forget about tragedies, isn’t honest apology better? The pain endured during these years by the Muslim world due to the hypocrisy and insincerity of the aggressors is no less than material damage.” It seems that US President Donald Trump is seeking to raise Islamophobia and provoke violence against Muslims as he recently retweeted anti-Muslim videos. What’s your take on this?

Rancourt: Yes, Western institutions such as their non-government organizations (NGOs) and their media and think tanks, and even the United Nations committees and agencies that are dominated by Western influence, viciously delegitimize and undermine all attempts to recognize the truth about violent USA colonization of the Middle East. The campaign is more than mere propaganda. It is an attack against international law and fundamental human rights.

As such the Middle East is brutalized while being barred from having a voice to denounce the mass crime, never mind access to international instruments that would actually prevent and repair the onslaught.

I don’t think that US President Donald Trump’s twitter and other agitations are significant at all in the big picture. The USA cannot afford to further suppress its domestic Muslim population. Its main policy instead is always to assimilate and buyout. The Trump agitations are merely partisan politics at work and attempt to gain popular support from disgruntled citizens. The anti-Muslim laws are part of this manipulation and are short-lived and incidental to mainstream USA.

Tasnim: “As long as double standards dominate the Western policy, and as long as terrorism is divided in the eyes of its powerful supporters into good and bad categories, and as long as interests of governments are given precedence over human and moral values, the roots of terrorism should not be sought anywhere else…unfortunately, these roots have also penetrated deeply the cultural policies of the West through consecutive years, and have led to a soft and silent onslaught,” the Leader stated in the letter. How much do you think the letter helped the youth to know more about the US’s hate-mongering against Muslims?

Rancourt: I think any concerned youth can easily find the objective facts that prove the USA military regime’s profound hatred of Muslims, and disrespect for international law and human values. The nation-murdering Middle-East wars speak for themselves: Iraq, Afghanistan, Libya, Lebanon, Syria, Yemen…

I think the Leader’s letter will have had a profound spiritual and moral impact on its readers, to convey a vision of hope of the will to improve the world, starting from a realistic view of historic and present events. The reader will have been moved to see his or her role in transforming popular consciousness away from cynicism and towards compassion and actuation of justice.

It is the brutal Western leaders that want to control world energy and natural and labor resources for elite gain, using murderous and immoral means, who are the deviants. Ayatollah Seyed Ali Khamenei’s letter conveys that even these deviants and their networks can be constrained by humanist and universal values if Western citizens work and live to their higher ontological calling, in order to change the Western culture of acceptance of USA-regime violence.

I also believe that one of the greatest accompanying influences to change the Western culture of accepting Western-state-made violence is for the nations who are attacked to effectively repel the attacks by diplomatic, cultural and military means. This was achieved recently in Syria and such victories of resistance do much to change consciousness and cultural attitudes in the West.

Tasnim: The Leader also noted that terrorism and the effects of it are a common worry or a common pain that the Muslim world shares with the rest specifically the West. How can the world use this capacity to condemn terrorism, particularly Israel’s state terrorism?

Rancourt: Israel is a waring, occupying apartheid state, palpably committed to “cleansing” and suppression. Unfortunately, it appears that a controlling majority its Jewish citizens have adopted a mentality in which the Israeli state can only resort to force and expansionism. Under such conditions, containment by military self-defense is vital, in combination with strenuous diplomatic pressures, and civil-society pressures such as the economic and cultural boycotts, and calls for divestments and sanctions (BDS).

Israel’s violence is not limited to the Middle East. Powerful Israel lobbies in Western countries have disproportionate undemocratic influence and drive or facilitate public policy towards: state suppression of criticism of Israel, vilification of targeted Muslim nations, a massively supported military and expansionist role for Israel in the Middle East, and large-scale Western wars in the Middle East, which serve continued imposed regional dominance of the USA and Israel.

Despite these difficulties, the Leader’s letter proposes that humanism and collaborative co-existence can prevail if the Western youth are moved to generate a societal sense of compassion, justice and self-respect, sufficient even to make elite planners take note.