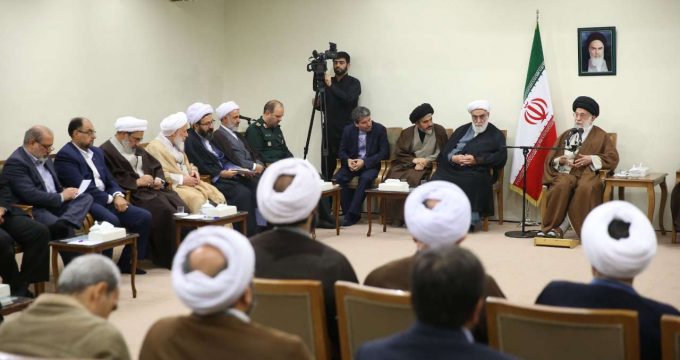 IRNA – Memory of [wartime] martyrs should not be forgotten by certain ‘fake magnitudes and false manifestations’, warned Supreme Leader of the Islamic Revolution Ayatollah Seyyed Ali Khamenei said on Sunday.

Ayatollah Khamenei also stressed the need to ‘revive the memory of martyrs and the spirit of sacrifice and martyrdom.’

He made the remarks in a message which was read out to a conference on martyrs of the northwestern Iranian province of West Azarbaijan.

The Leader had talked about the importance of revitalizing the memory of martyrs in an earlier meeting with organizers of Sunday’s conference.

‘Such conferences to remember the memories of martyrs can be an effective move to foil plots for fading away memories of those who sacrifised their lives to defend the country and its Islamic Revolution’ during the eight years of imposed war against the country (1980-1988), the Leader added.

Some 12,000 of West Azarbaijan Province’s youth had lost their lives during the eigh-year war which was imposed on Iran in 1980s by the Iraqi dictator Saddam Hussein.

Saddam Hussein was toppled in 2003 by a US-led coalition. He was executed on December 30, 2006, for committing ‘crimes against humanity.’