A Look at Iranian Newspaper Front Pages on November 29

Iran Front Page- IFP has taken a look at the front pages of Iranian newspapers on Wednesday, November 29, and picked headlines from 13 of them. IFP has simply translated the headlines and does not vouch for their accuracy.

The top story in all newspapers today was the remarks made by the Leader of Iran’s Islamic Revolution Ayatollah Seyyed Ali Khamenei in a Tuesday meeting with top navy commanders.

During the meeting, Ayatollah Khamenei urged the naval forces to continue their rapid progress and expand their presence in the high seas.

Several papers also covered the comments made by Iranian President Hassan Rouhani in his televised interview on Tuesday night, in which he talked about the performance of his administration in the first 100 days of his second term in office.

1- Judiciary Spokesman: Decision to Be Made about Ahmadinejad Soon 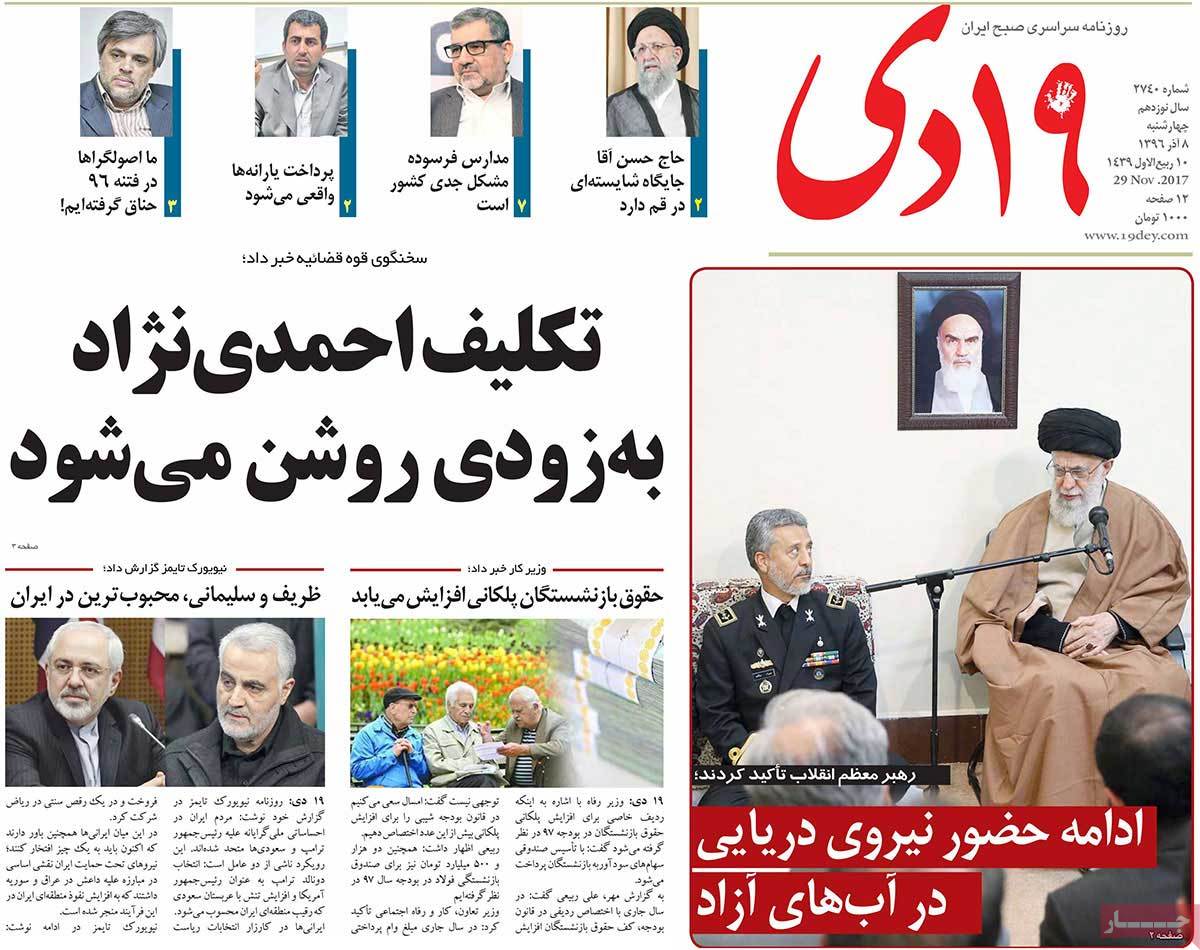 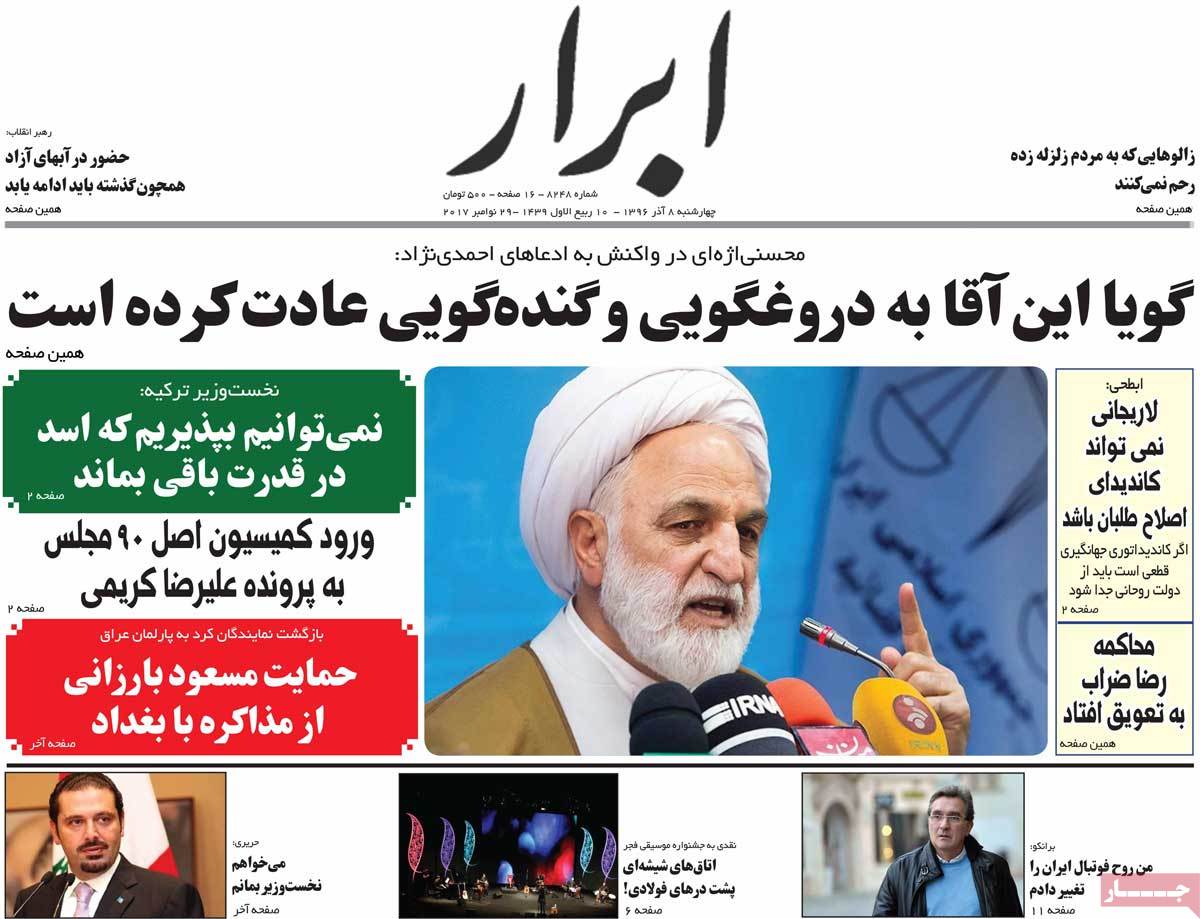 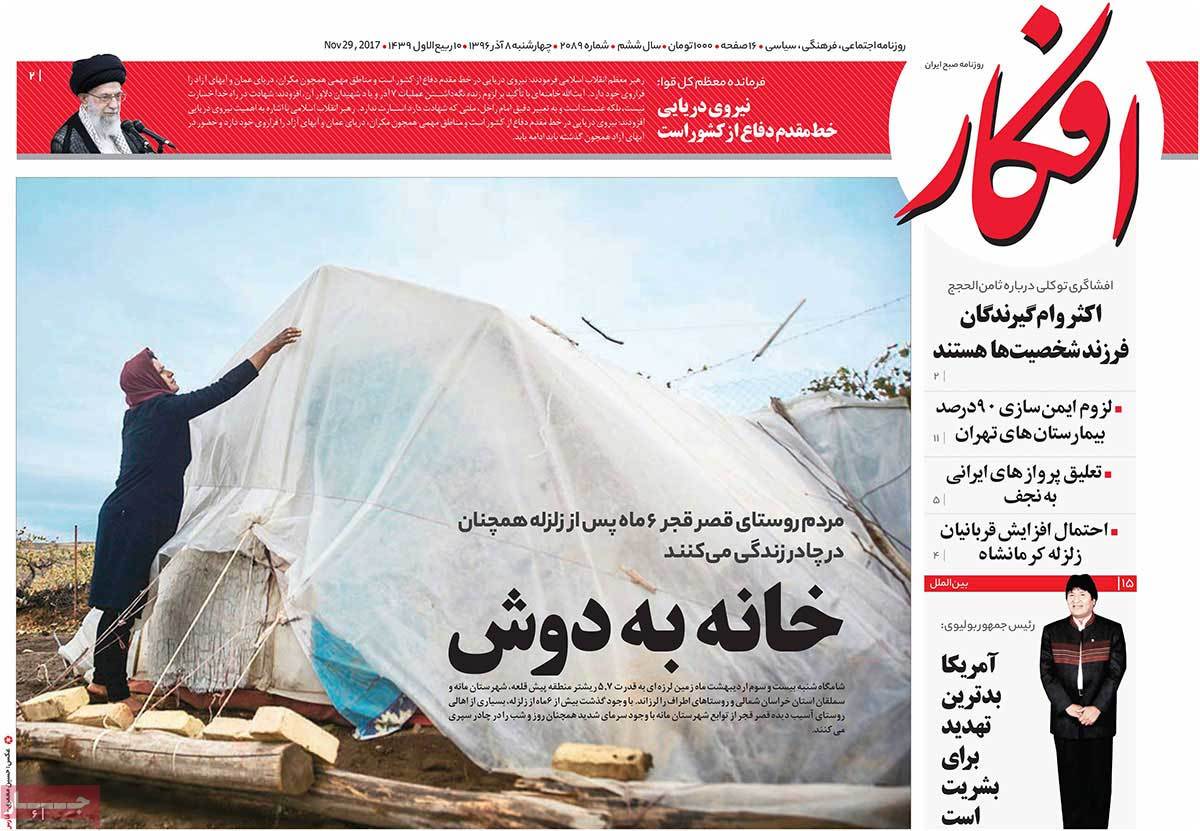 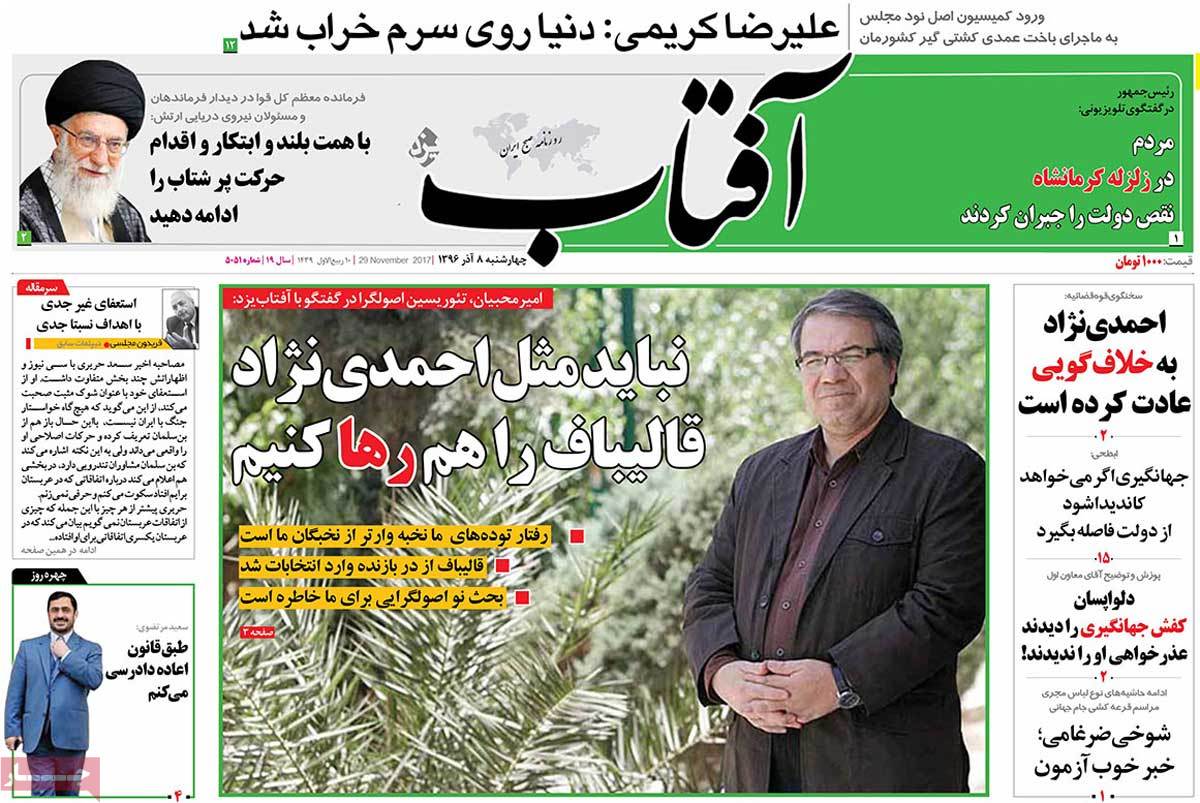 1- Iran Leader: Presence in High Seas Should Be Continued like Before

2- Rouhani: I Haven’t Forgotten Any of My Campaign Promises 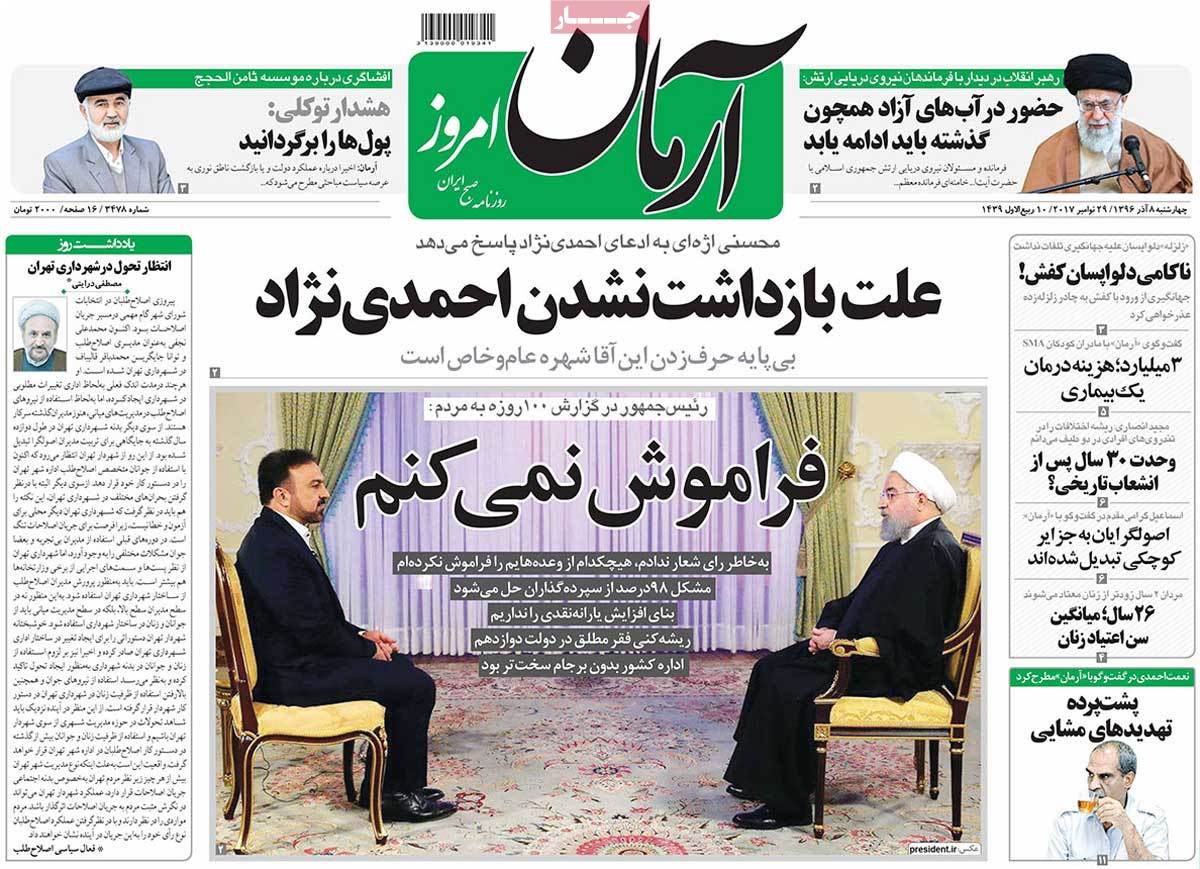 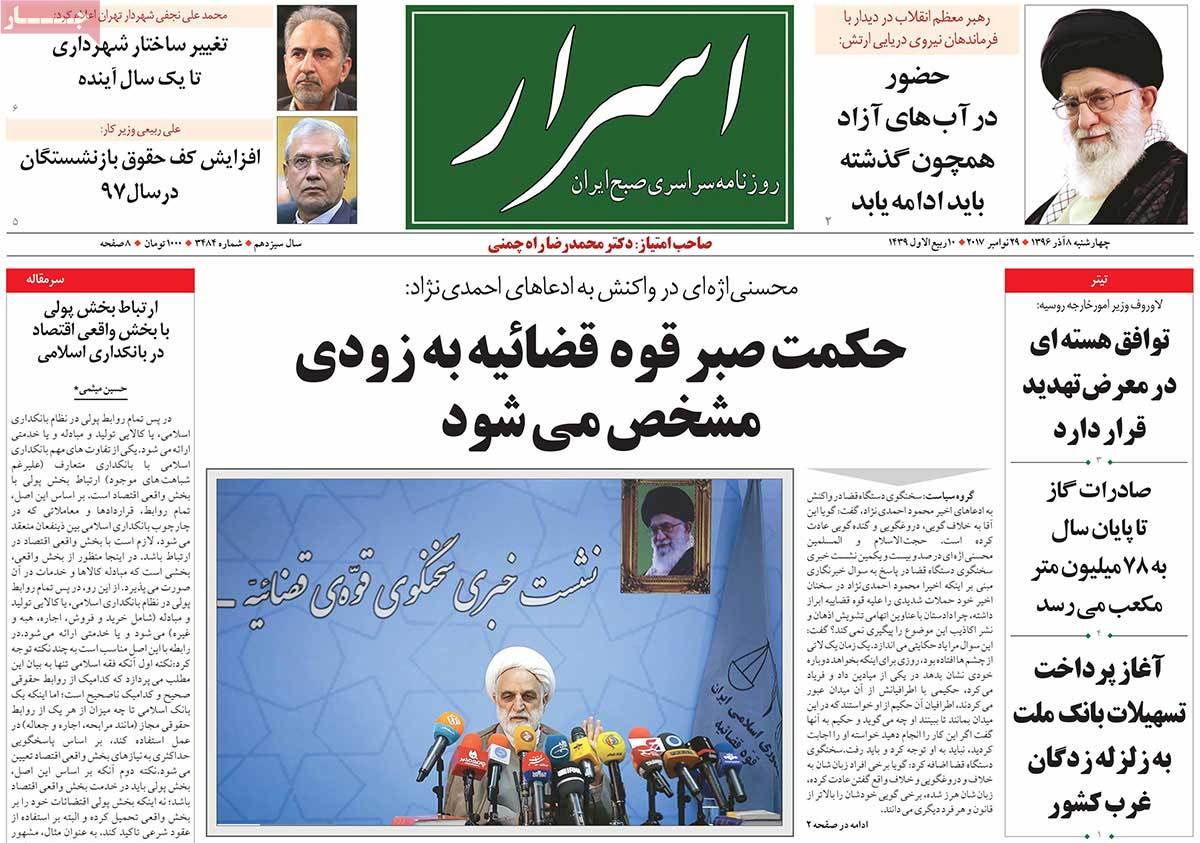 1- Rouhani’s Aide: Citizens’ Rights to Be Added to School Books in Coming Weeks 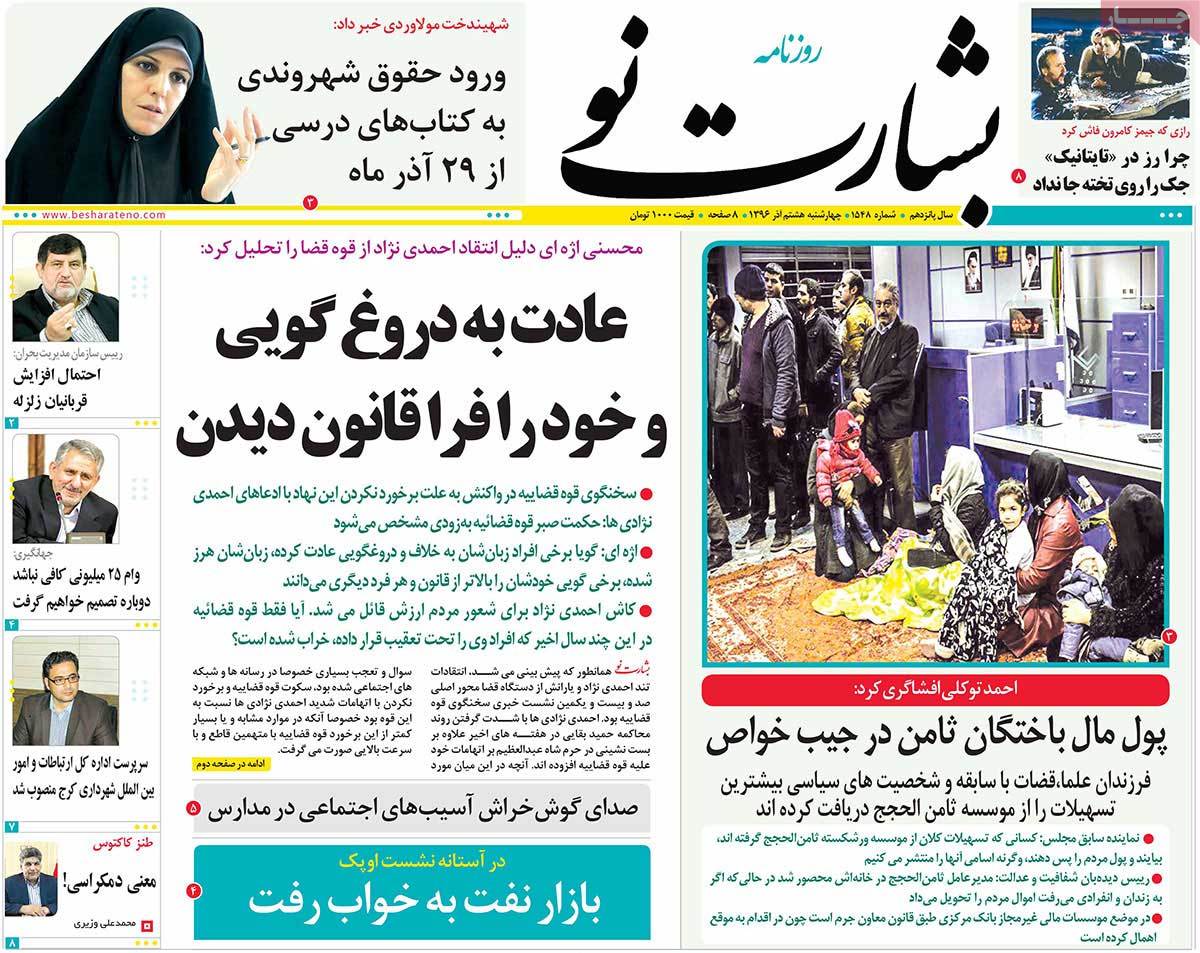 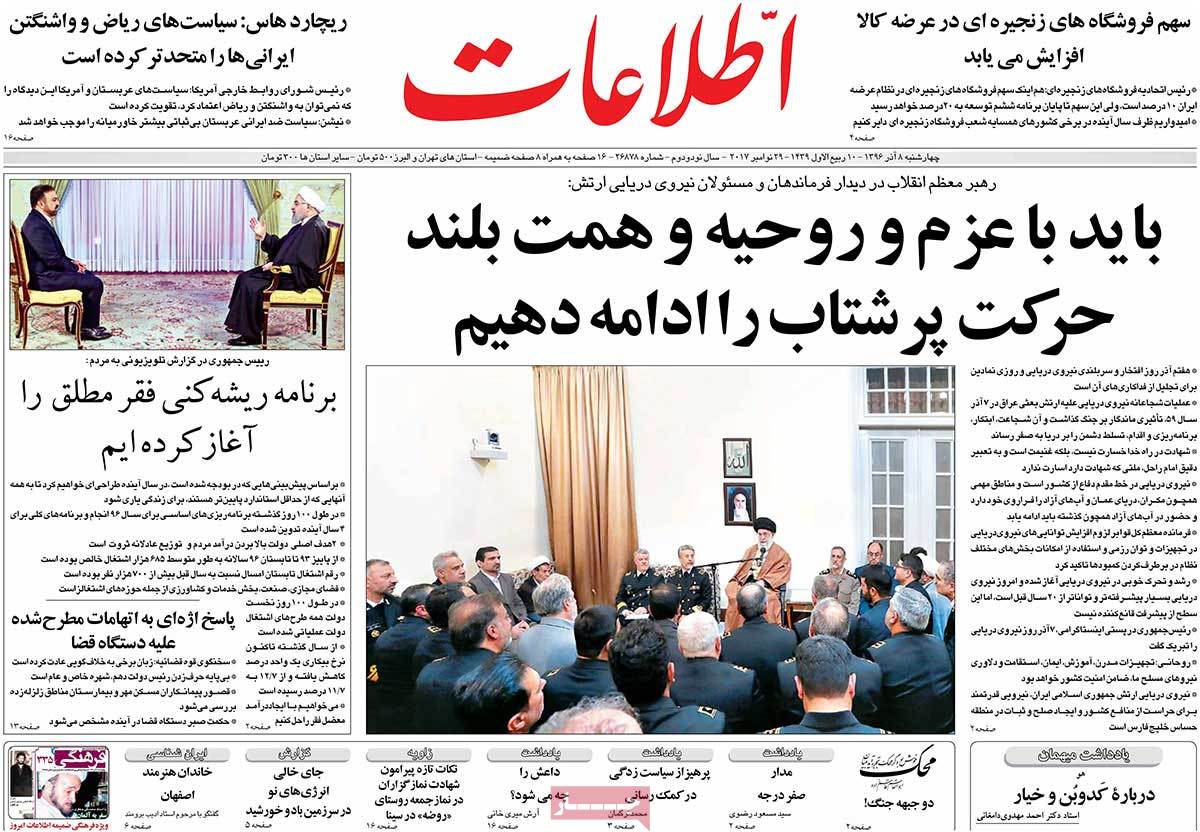 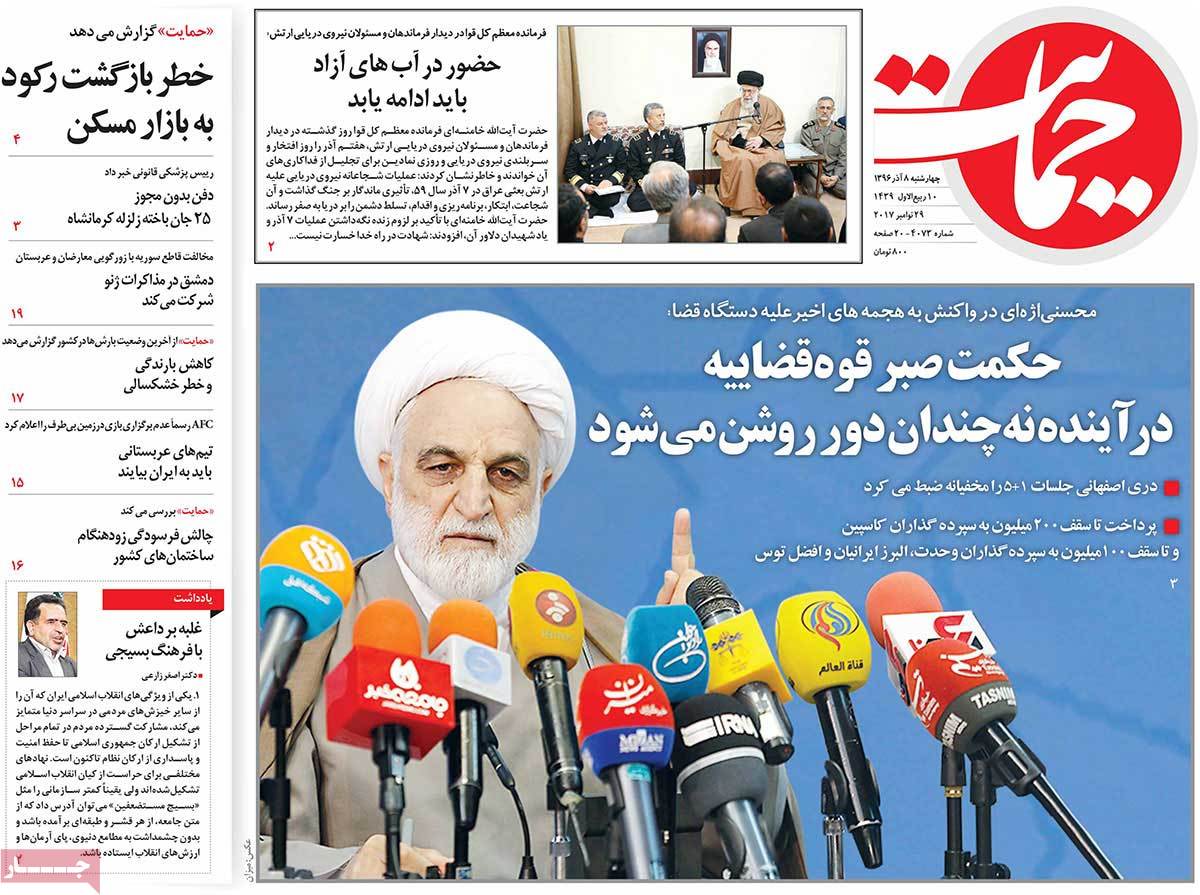 1- Rouhani: We Won’t Have Serious Fluctuation in Forex Rates 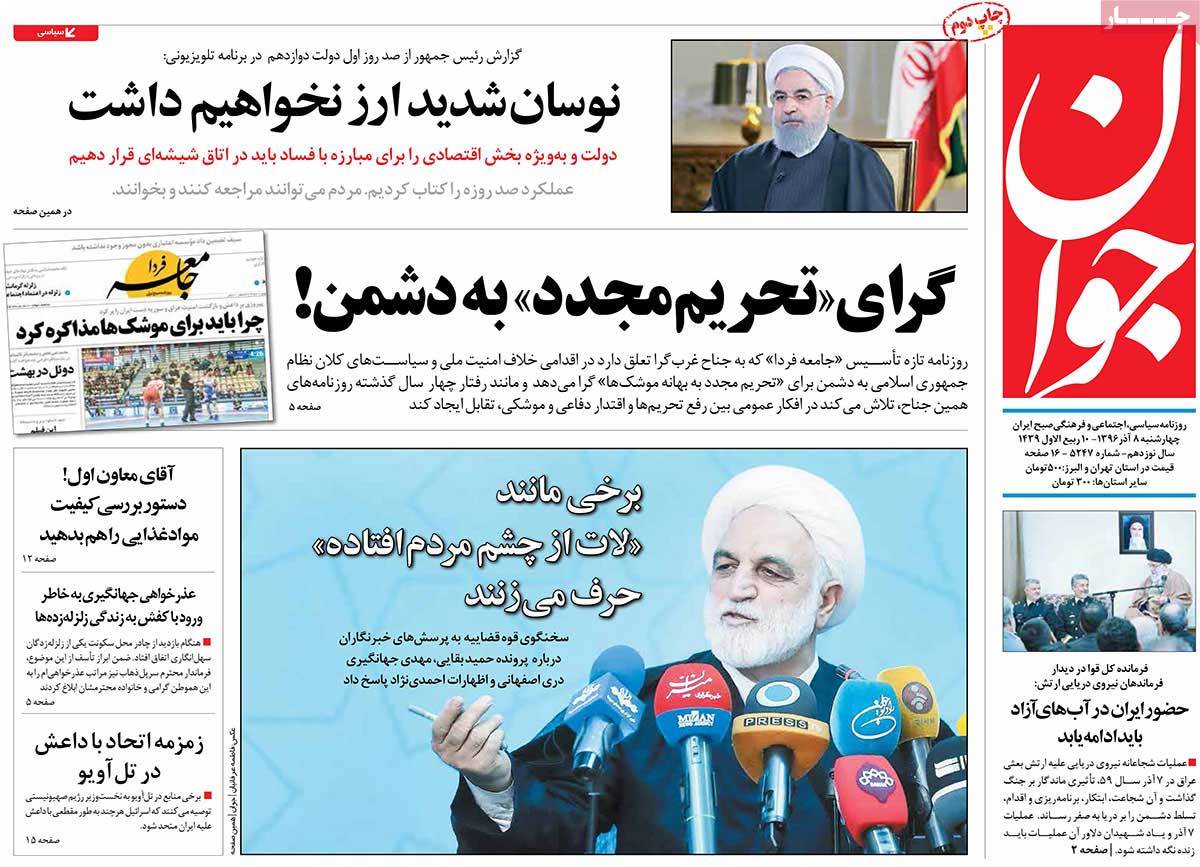 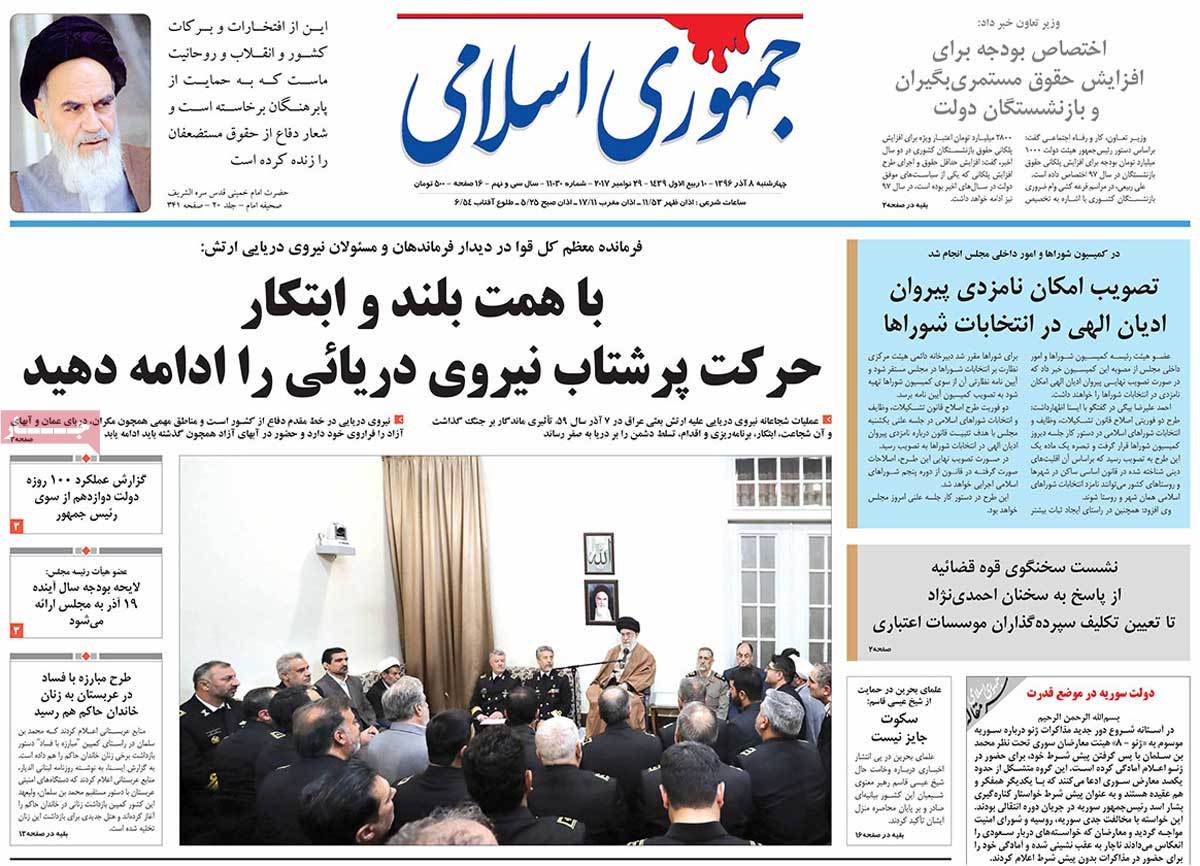 1- Rouhani: We Hope People Are Satisfied with Our Promise Fulfilment in First 100 Days! 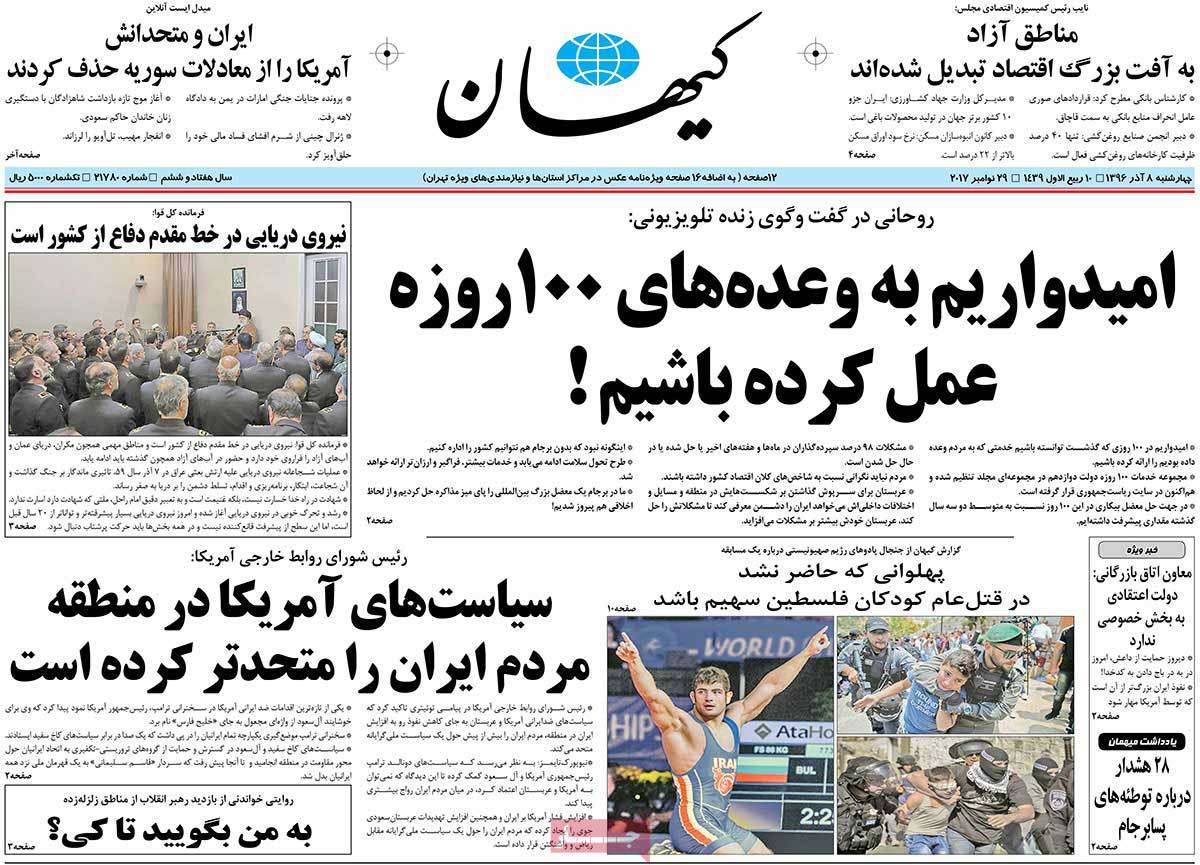 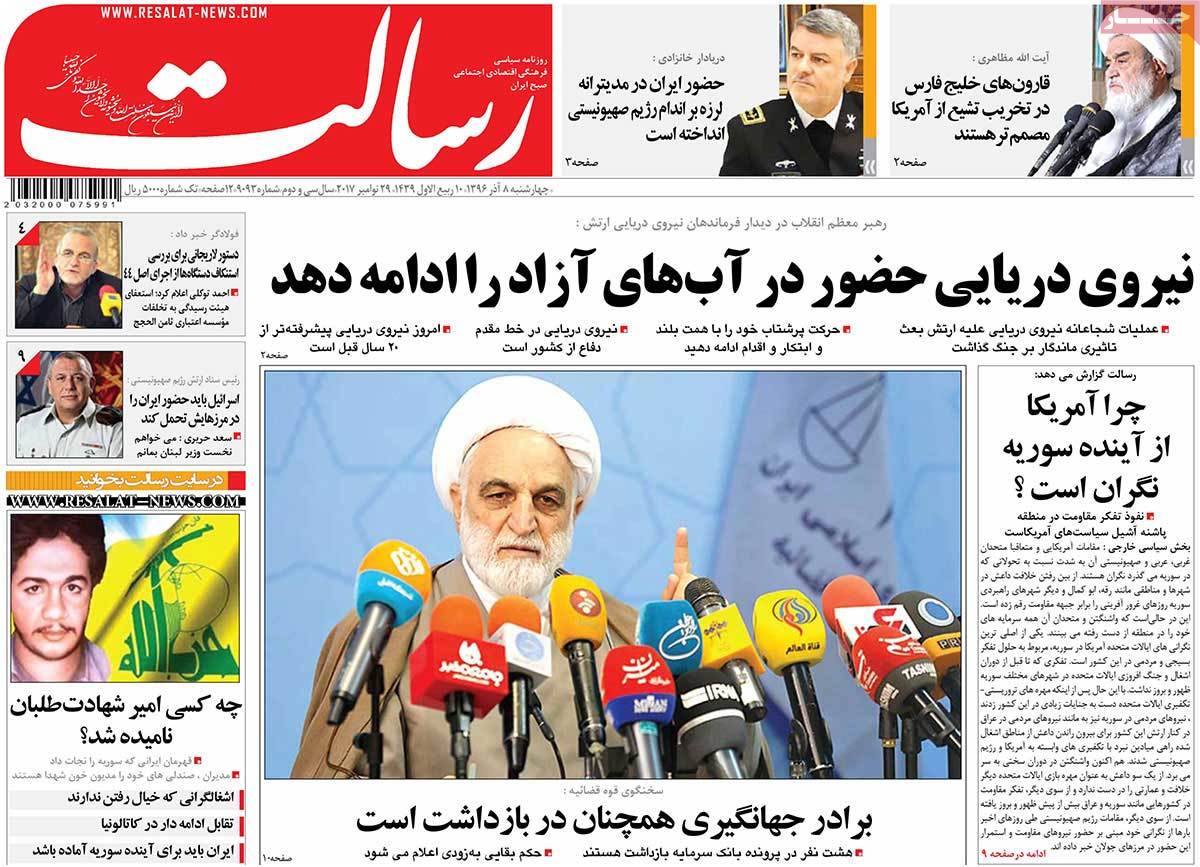