A Look at Iranian Newspaper Front Pages on November 26

Iran Front Page- IFP has taken a look at the front pages of Iranian newspapers on Sunday, November 26, and picked headlines from 16 of them. IFP has simply translated the headlines and does not vouch for their accuracy.

Also a top story was the efforts underway in western Iran to help the quake-hit people recover. 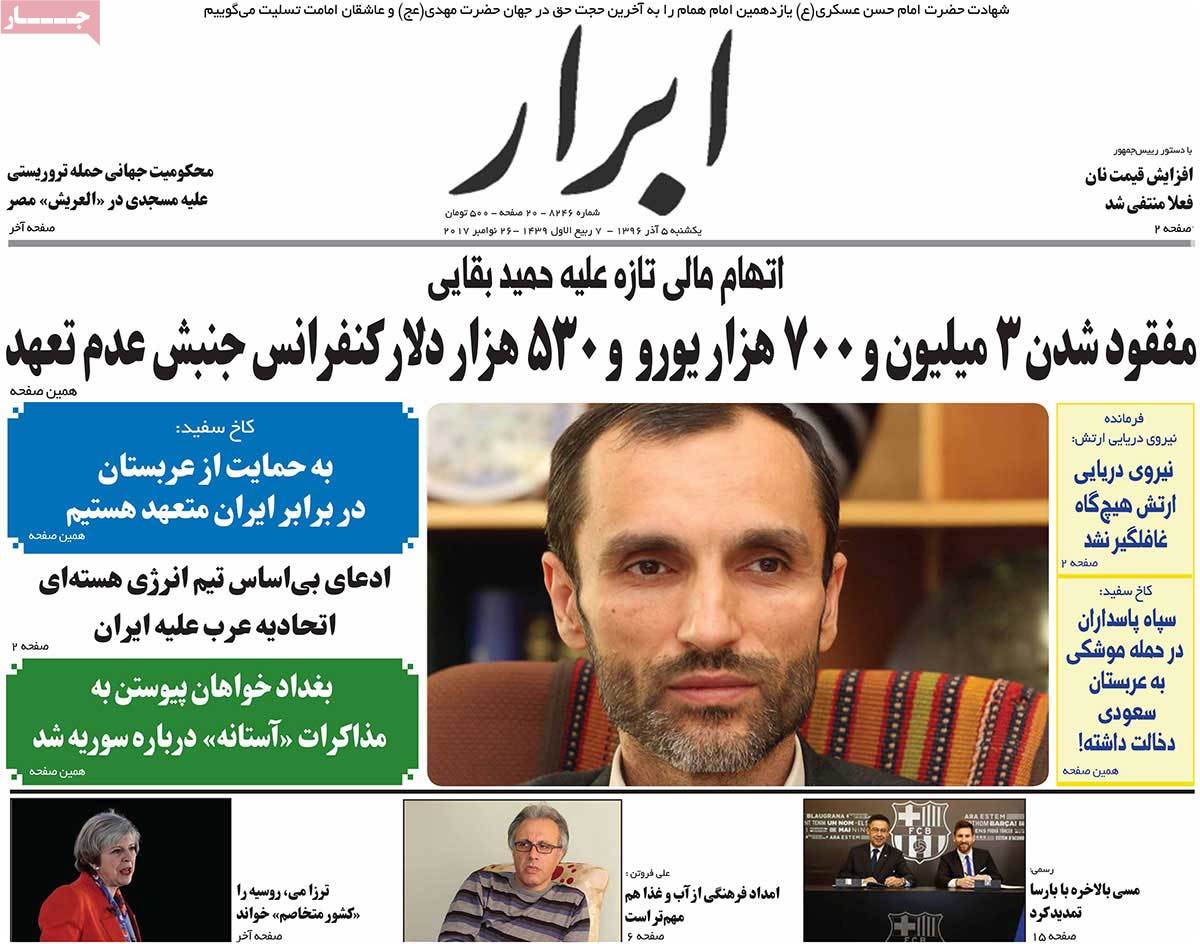 1- How Will Iran Reconstruct Iraq and Syria? 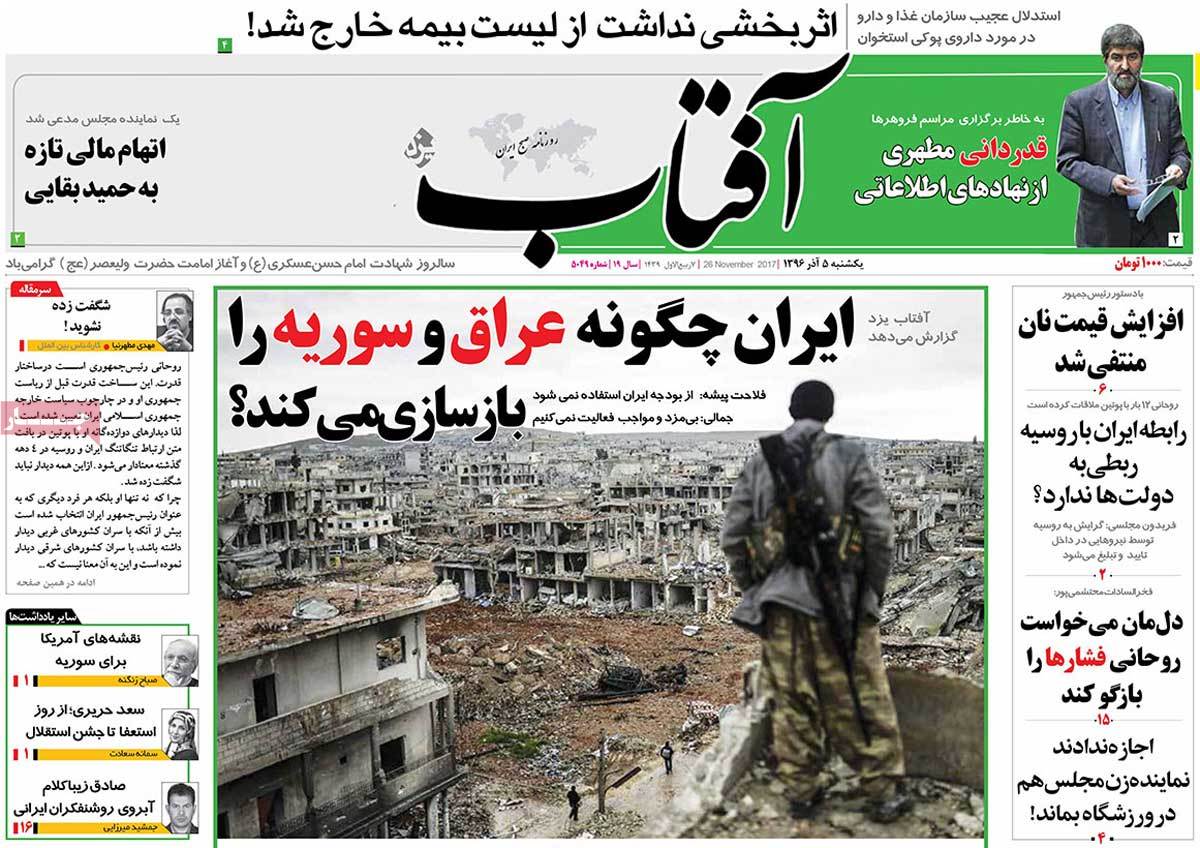 1- Analyst: We Should Beware of Bin Salman 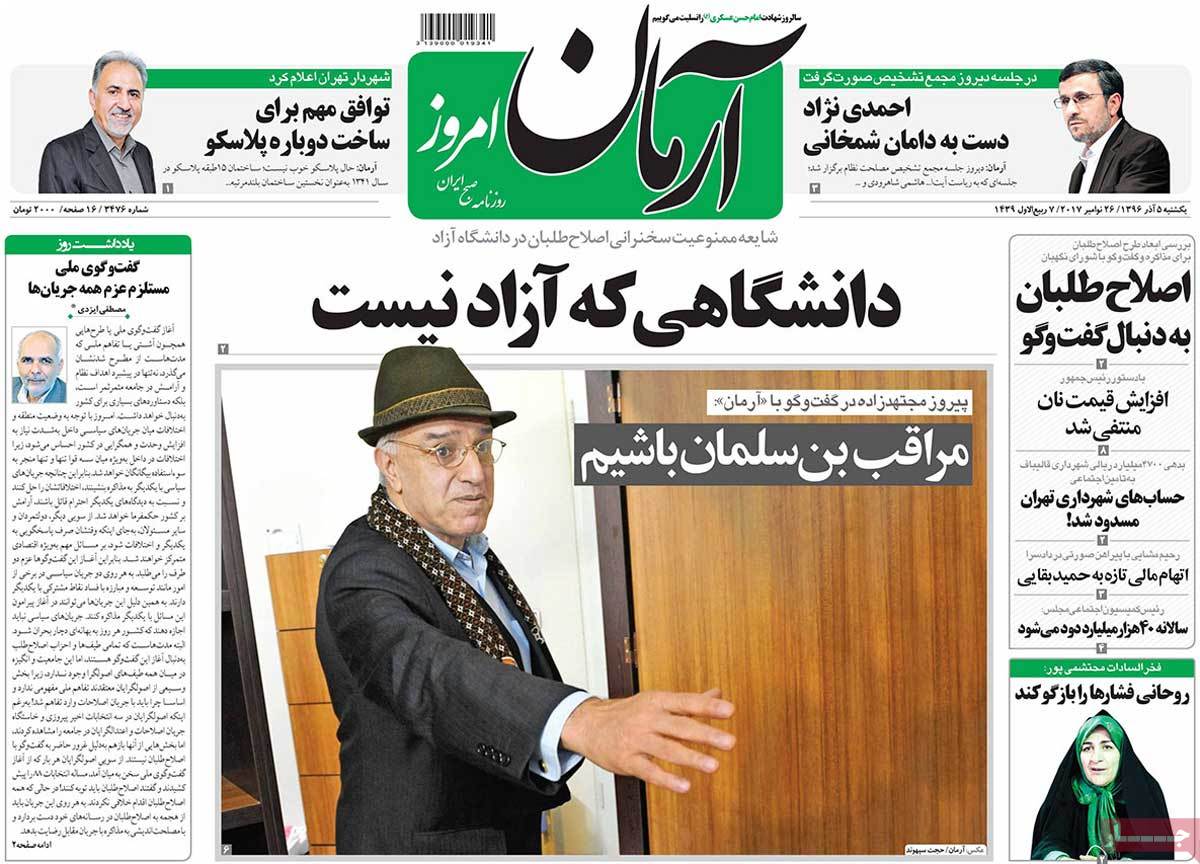 1- Rouhani to Assad: Iran to Stand by Syrian Nation in Fight against Terror

2- US Underlines Its Continued Commitment to Iran Nuclear Deal 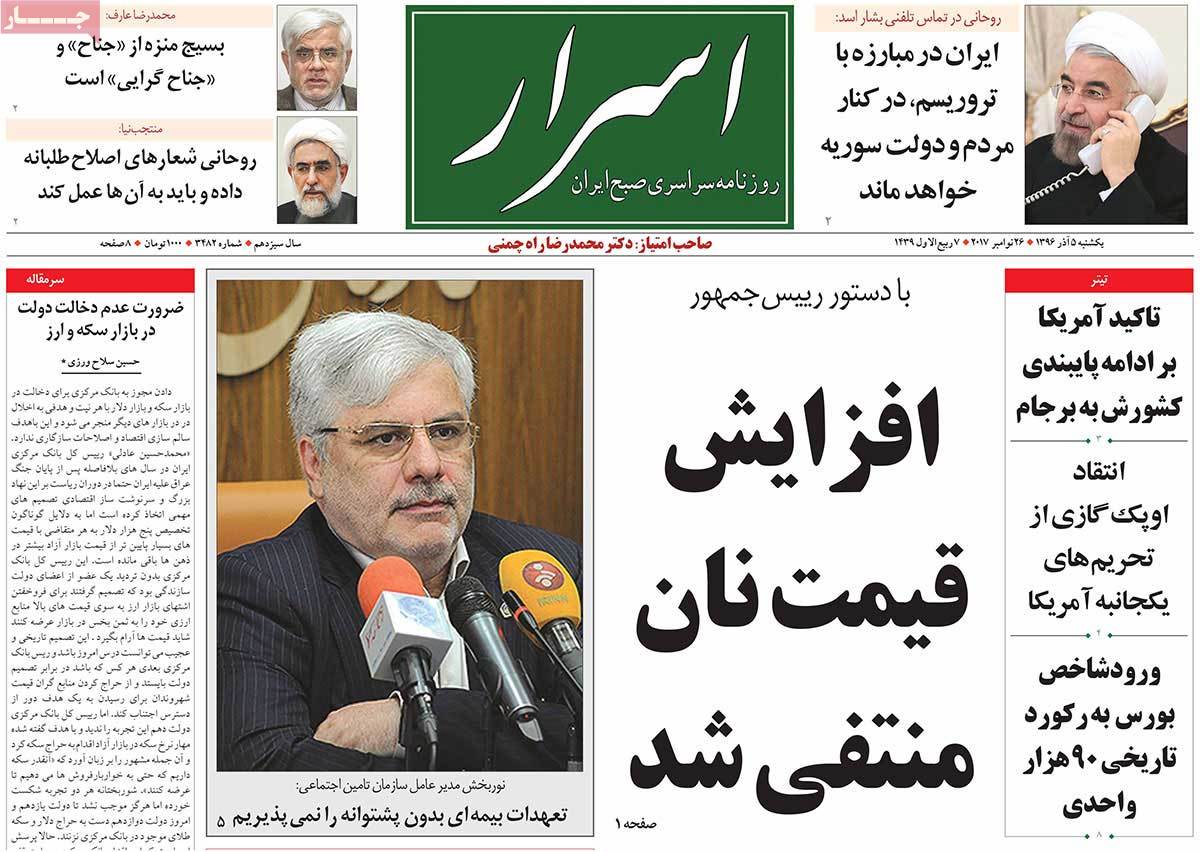 3- End of ISIS, Survival of Daeshism: A Review of Emergence of Extremist Groups 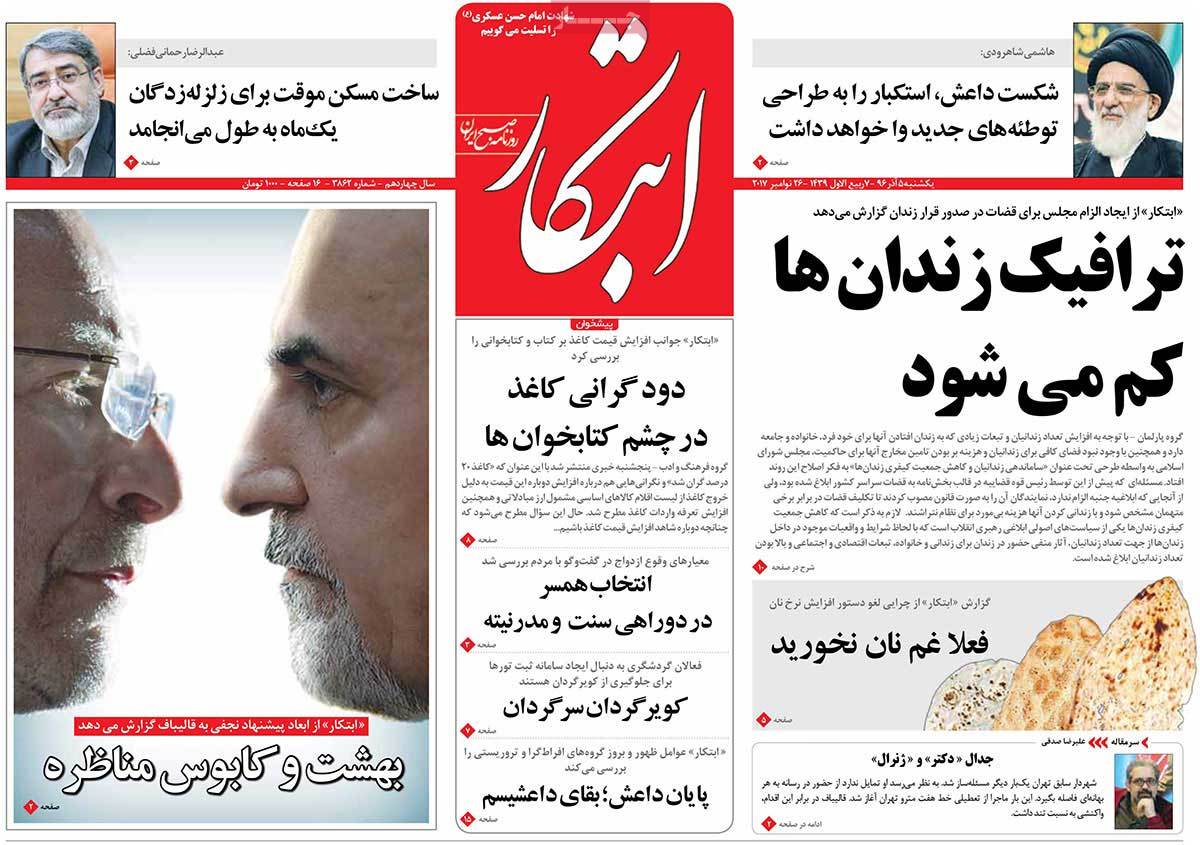 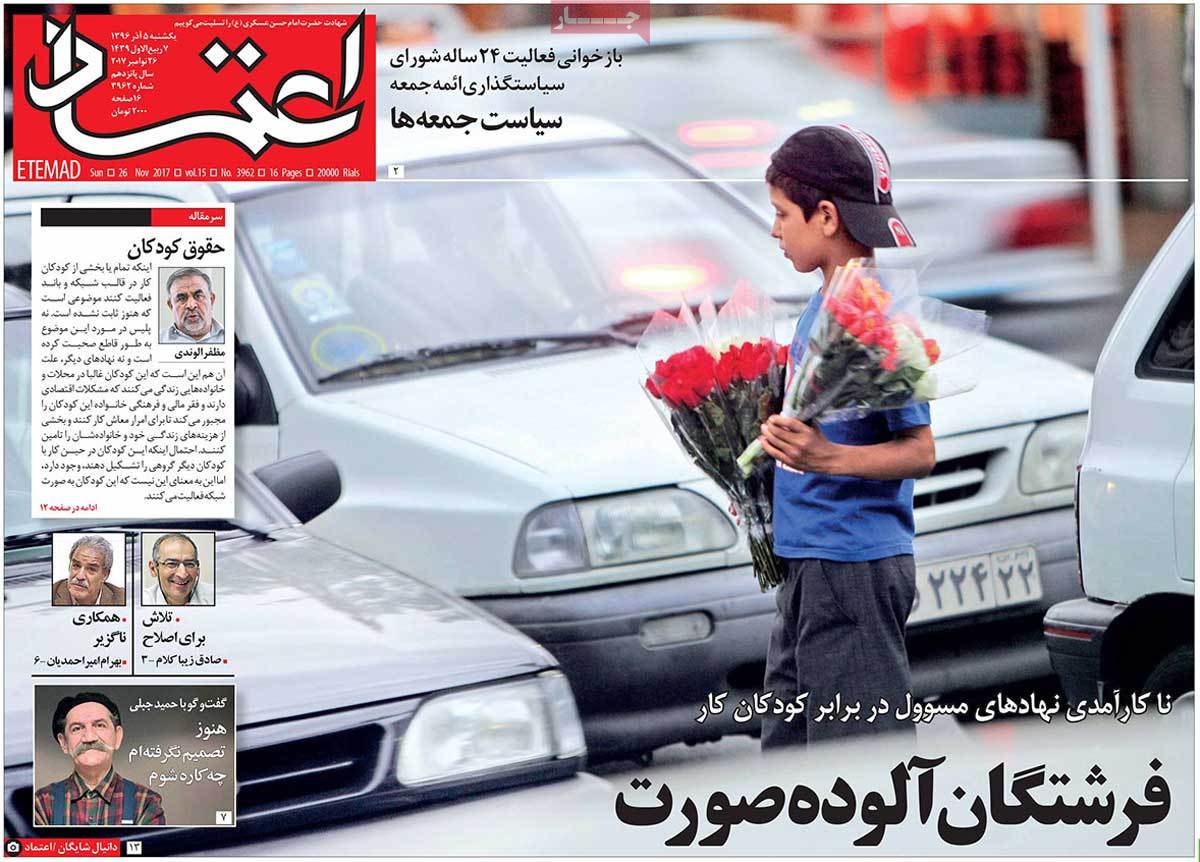 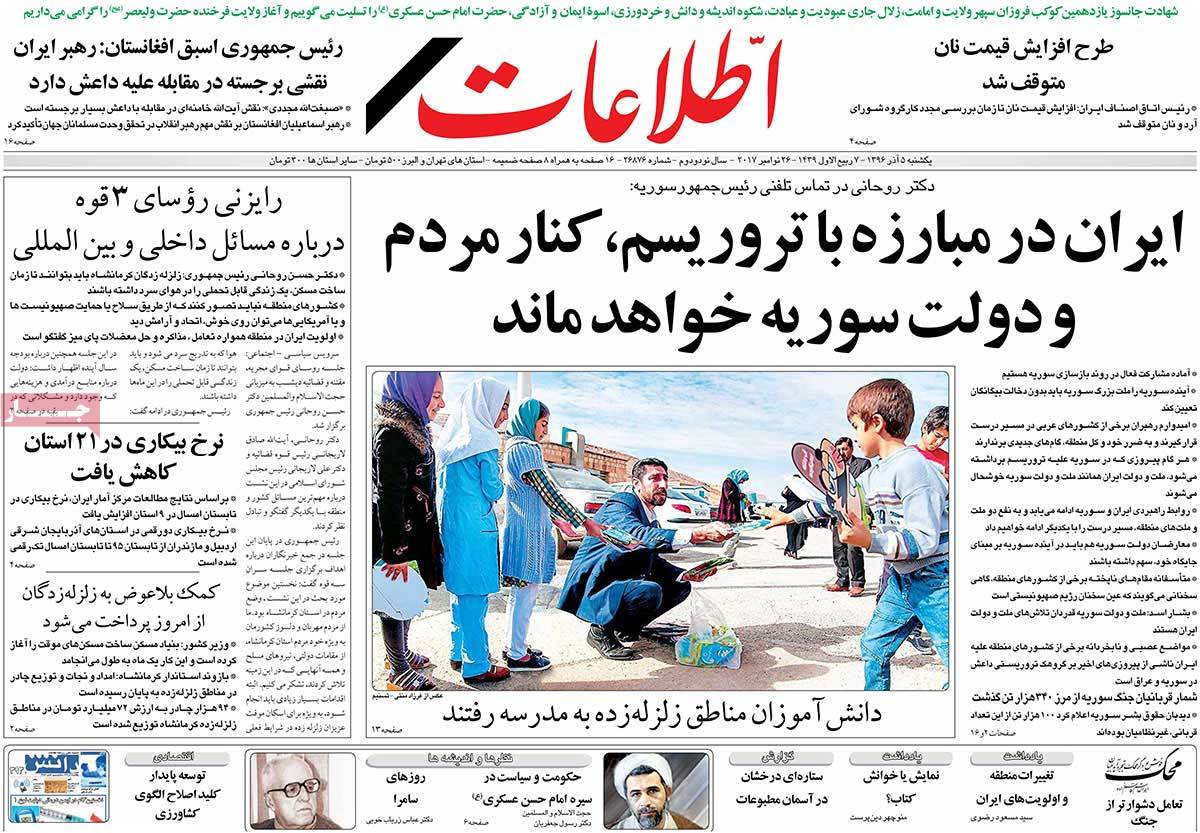 1- Rouhani: Iran’s Priority Is to Resolve Regional Issues through Negotiation 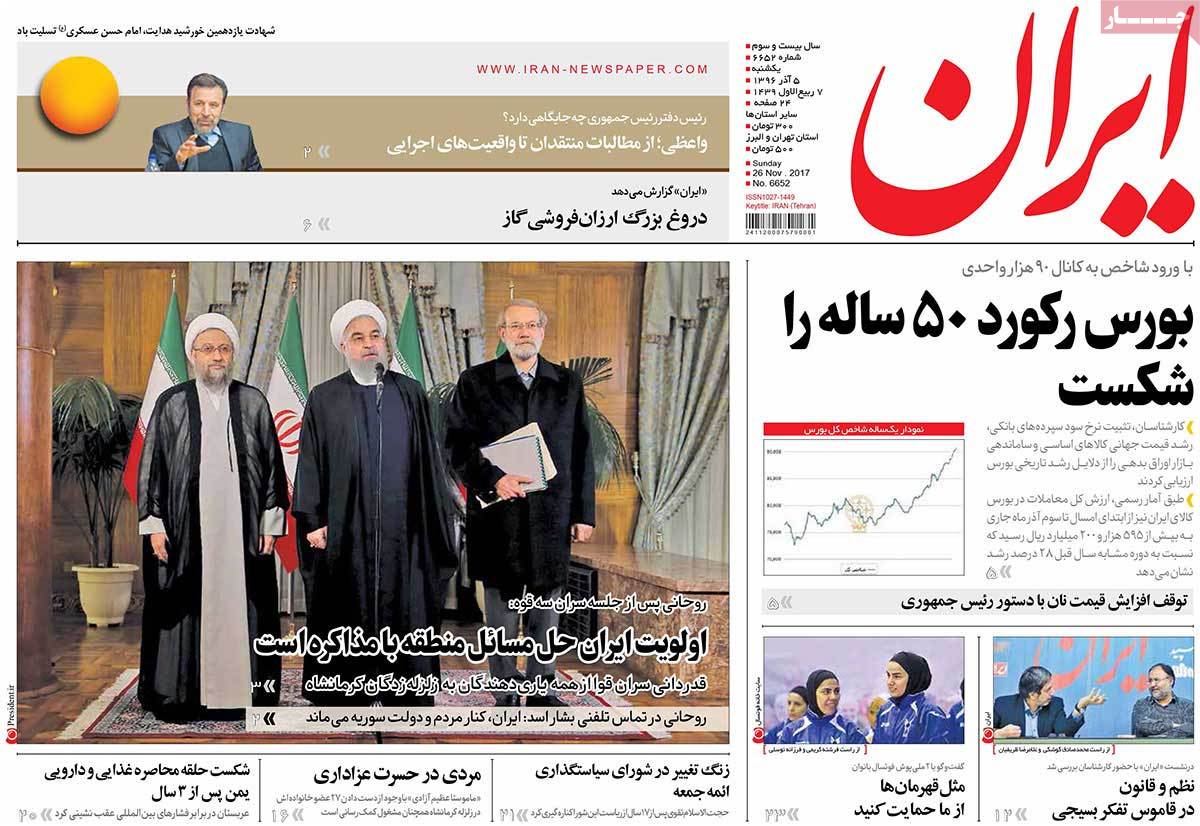 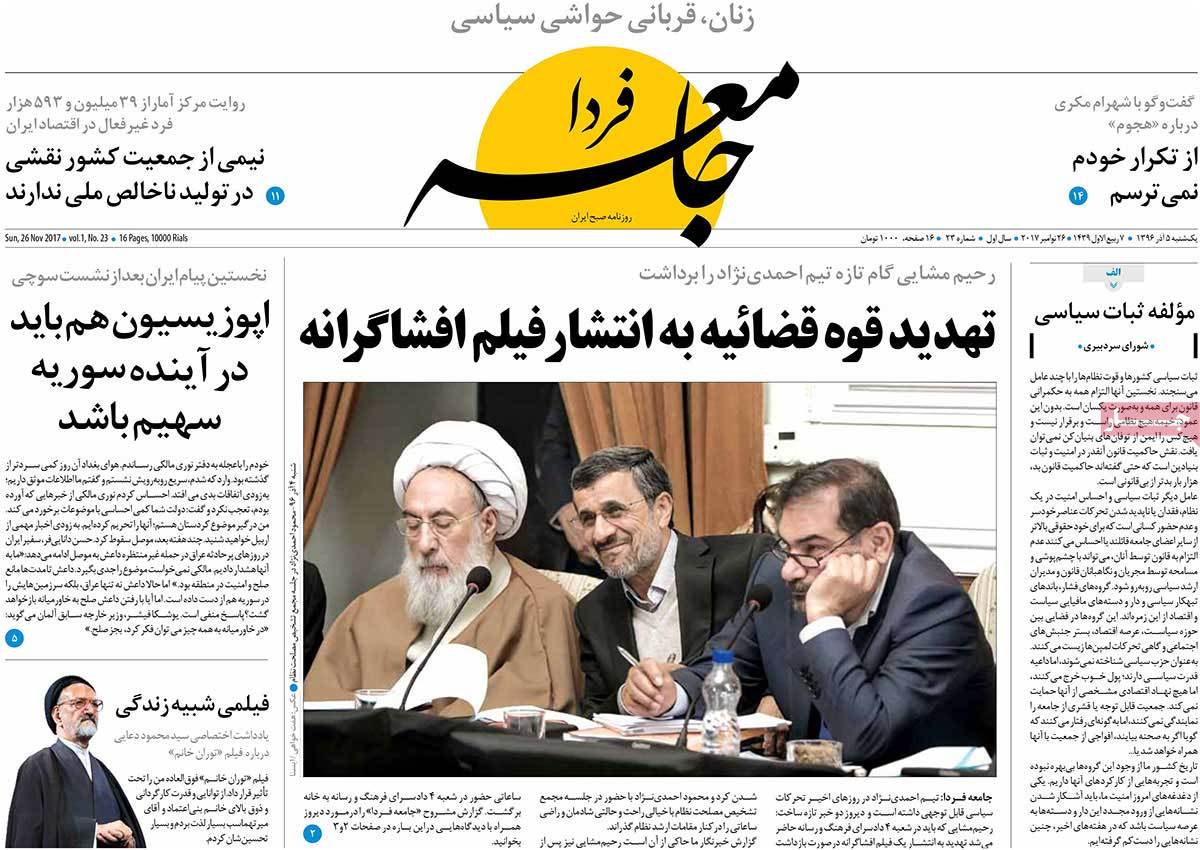 3- Rouhani: Zionists behind All Regional Adventures 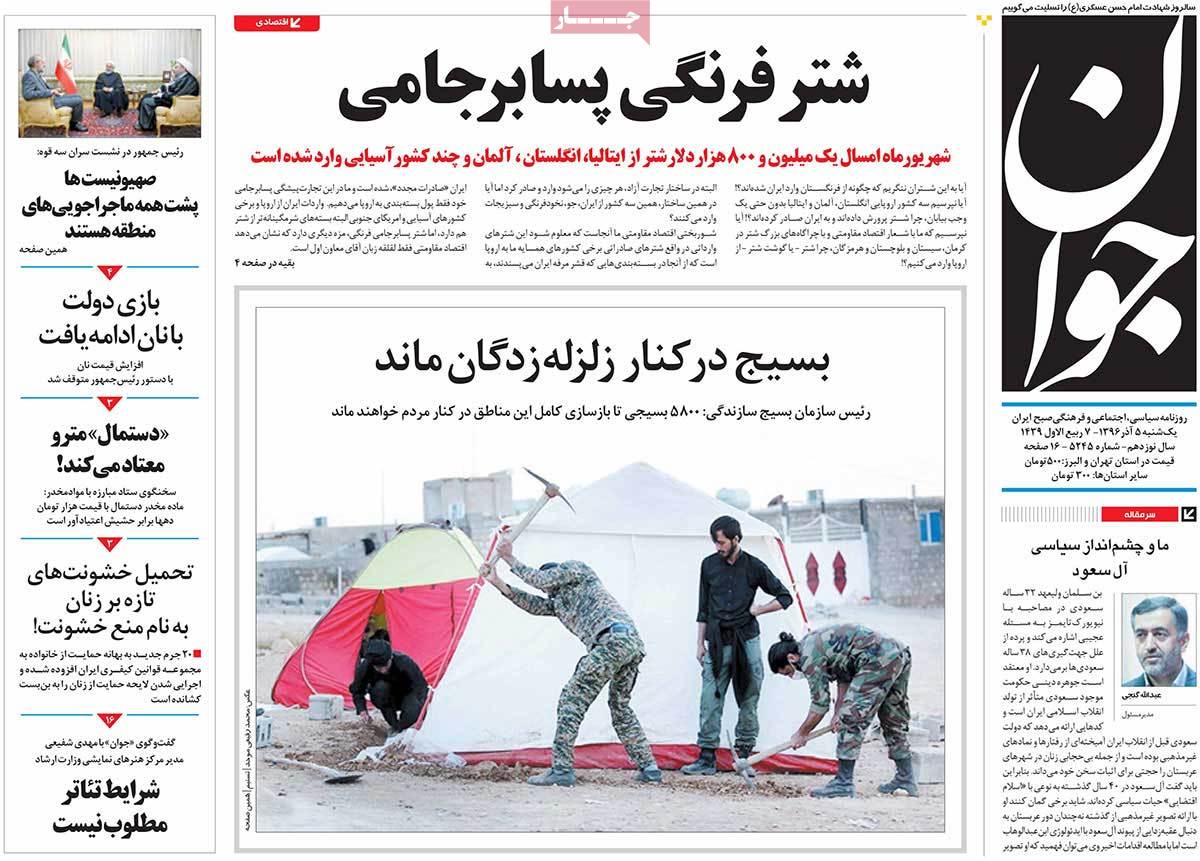 1- US Envoy to IAEA: Washington to Remain Committed to Iran Nuclear Deal

2- UNICEF: 23,000 Yemeni Infants Killed in Past Year as Result of Saudi Atrocities 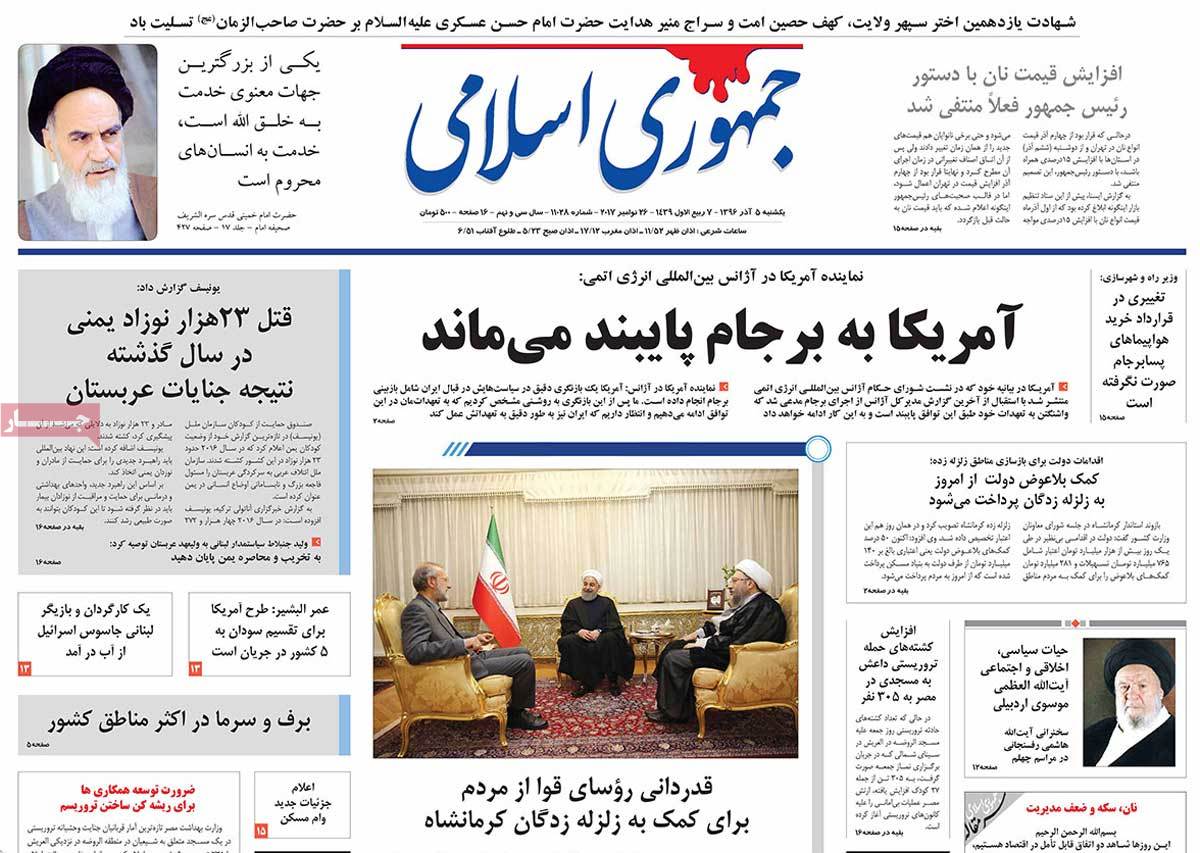 2- Criticizing Bin Salman Deemed as Act of Terrorism Based on New Saudi Law! 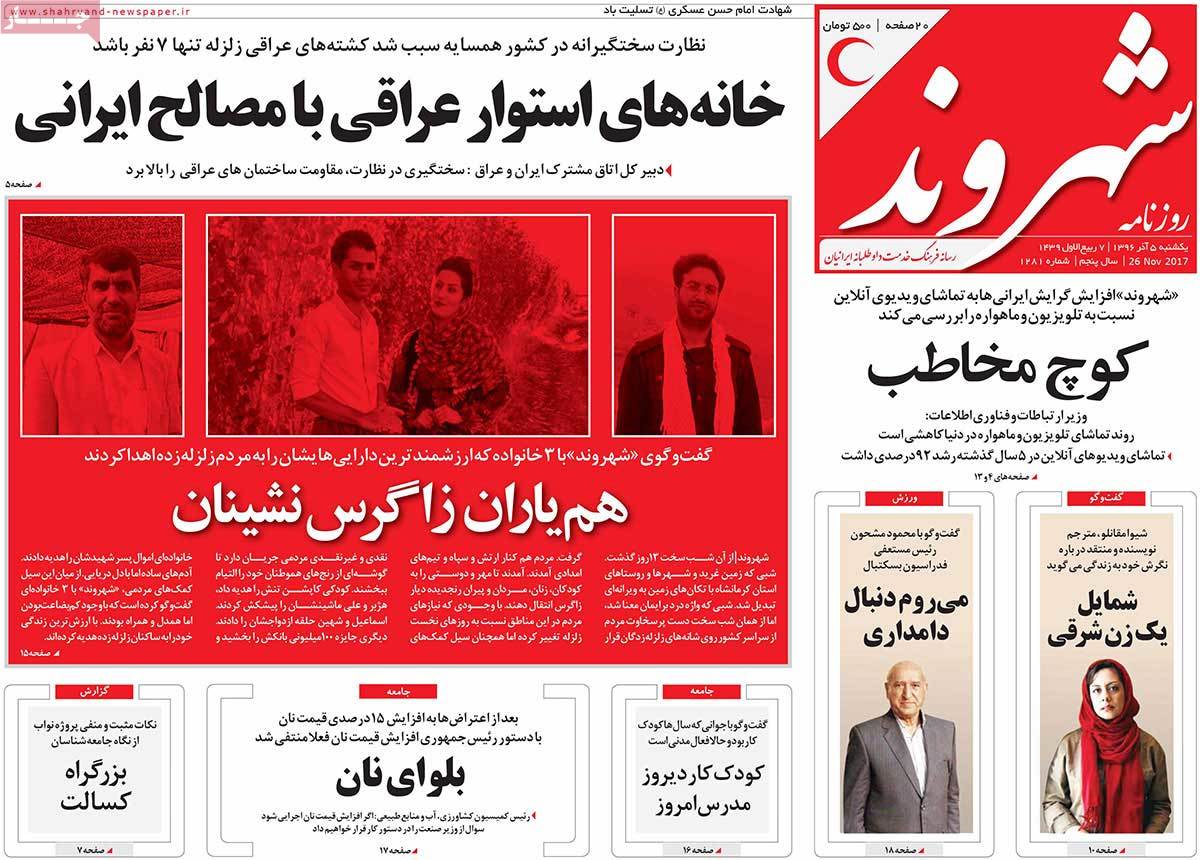 1- Analyst: Change in Behaviours of Iran, Turkey Is a Tactic 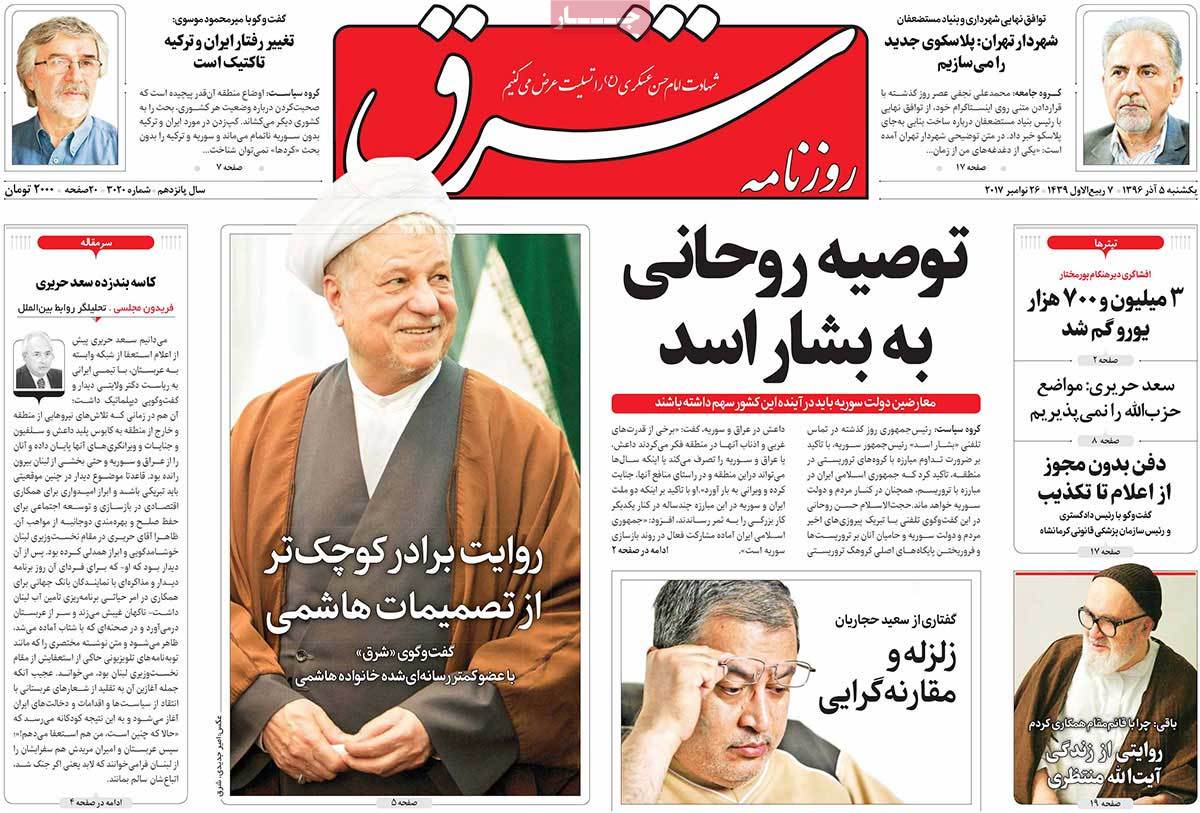 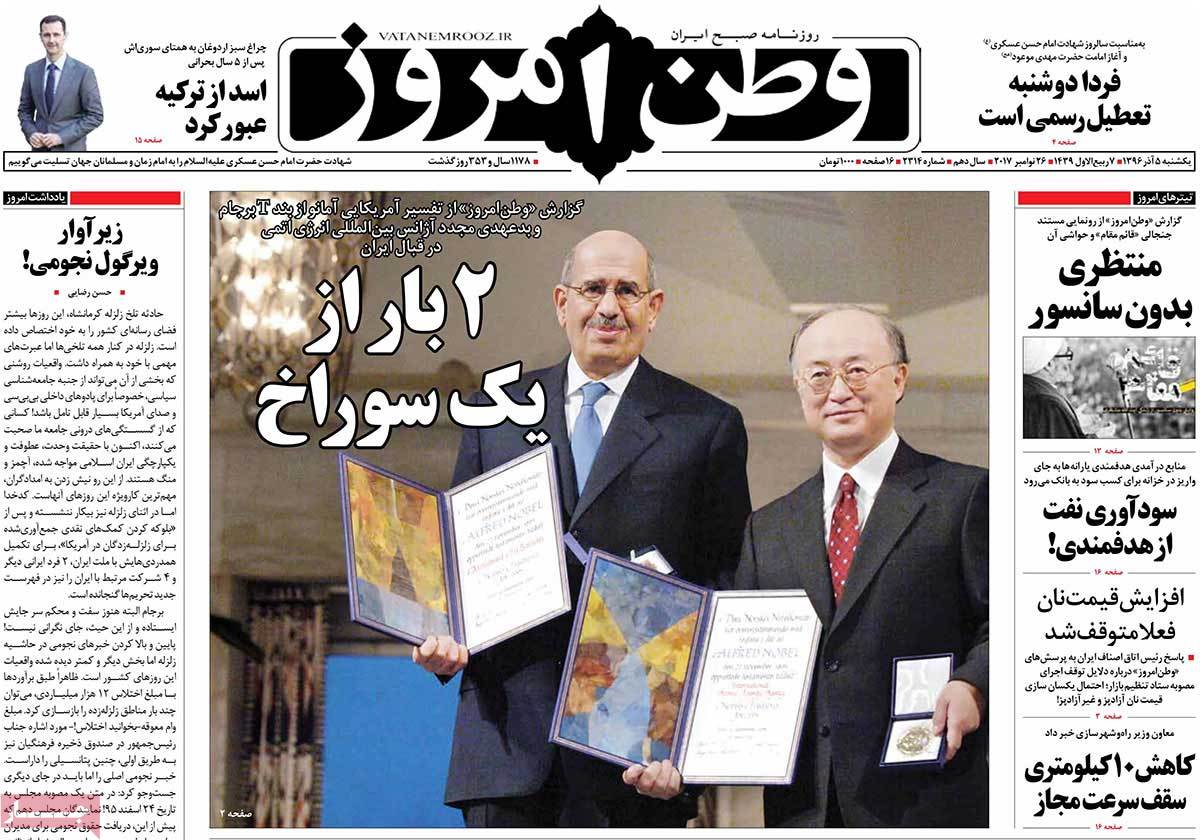