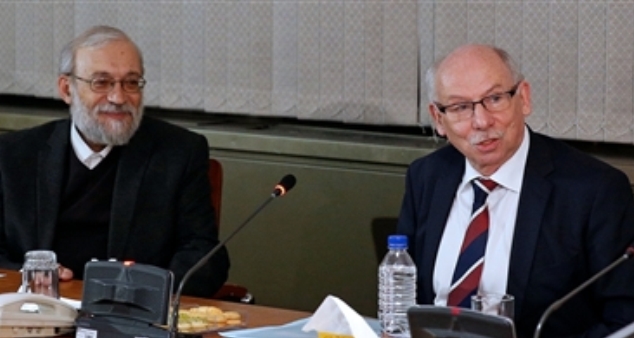 IRNA – Although Saudi Arabia and Bahrain are big violators of human rights, the West has good relations with them, secretary of Iran’s High Council for Human Rights announced here on Sunday.

‘Based on this evidence, we say the European Union (EU) follows the unbalanced policies on the human rights,’ Mohammad Javad Larijani said in a meeting held in the Iranian capital with head of the visiting European Parliament’s delegation Janusz Lewandowski.

‘So, when the Westerners criticize the human rights situation in Iran, we doubt because they follow a double-standard policy on this issue,’ Larijani added.

Iran analyzes the West criticism (of human rights situation in Iran) within the framework of a series of political measures, he said.

Criticizing sanctions imposed on some Iranian individuals on the pretext of human rights issues, Larijani asked, ‘Why is there no such a list for the biggest human rights violators like Saudi Arabia and Bahrain?’

He further called on Europe not to see Iran through the Western standards but through Iranian successes.

Larijani reiterated that Iran’s democracy is based on ‘Islamic wisdom.’

For his part, Lewandowski said that it is natural to see differences between thoughts and viewpoints about the human rights issue.

At the meeting, he also expressed the European Parliament’s full support for the July 2015 nuclear deal between Iran and the world powers.

The European Parliament delegation arrived in Tehran on Saturday for a three-day visit.