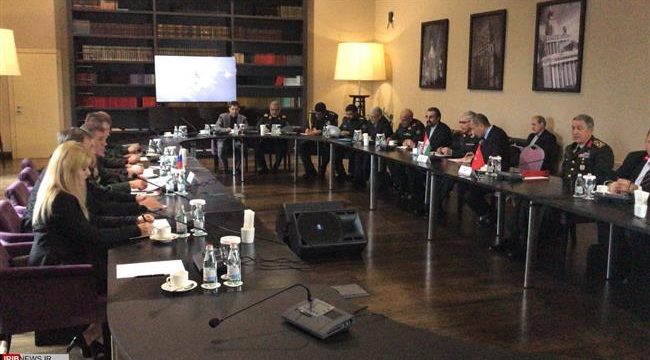 Press TV – Military chiefs of Iran, Russia and Turkey have held trilateral talks in the Russian Black Sea resort city of Sochi to coordinate a common counter-terrorism strategy in Syria.

The talks, which were held on General Baqeri’s proposal, came following the recent liberation of the last areas held by the Daesh terror group in both Syria and Iraq.

Speaking on the sidelines, Gerasimov said, “I expect that today we will find common approaches to continue further work in the Syrian direction.”

The three countries joined efforts in late 2016 to launch a peace process aimed at defusing the crisis in Syria. Iran and Russia are Syria’s allies, while Turkey sides with anti-Damascus militants.

They have, since early 2017, been mediating talks between the Syrian government and opposition. The talks have led to the establishment of four deescalation zones across the Arab country.

According to Gerasimov, “Russia and Iran have done much to resolve the Syrian crisis.”

He noted that the three countries’ joint efforts had, as a whole, helped to preserve sovereignty and territorial integrity of Syria, stop the war, and create conditions to restore peace and bring refugees back home.

“Completely eradicating militant groups, which is only a matter of time, will allow us to move to the post-conflict settlement. But before we do that, we need to secure the previously achieved military gains to prevent terrorists from returning to Syria,” the Russian general stressed.