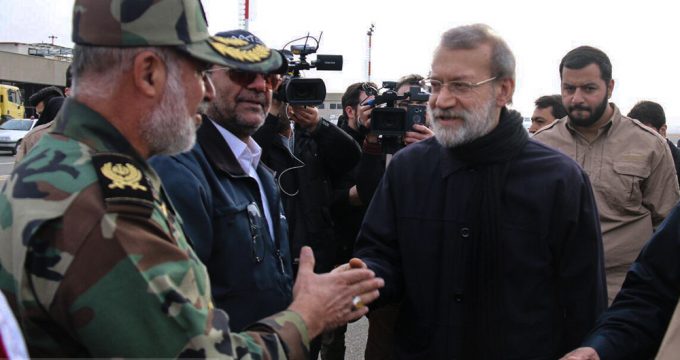 IRNA – Majlis Speaker Ali Larijani has arrived in western city of Kermanshah to tour the regions, hit by a killer 7.3 magnitude quake on Sunday last week.

Governor General of Kermanshah Houshang Bazvand, parliament deputies representing the city of Kermanshah, and a number of provincial officials were at the local airport to welcome the speaker.

Larijani is in Kermanshah to receive firsthand account of the relief and rescue operations in the quake-stricken areas.

Ministers of Petroleum Bijan Namdar Zangeneh and of Economy and Finance Masood Karbasian accompany the speaker in the visit.
President Hassan Rouhani had visited the area on Tuesday.