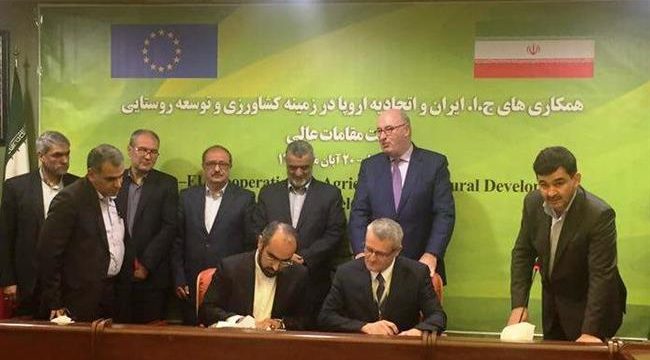 Speaking at a press conference in Tehran on Saturday, Hogan highlighted the reasons behind the existence of banking problems hampering Iran-EU trade two years after the Iran nuclear deal, known as the Joint Comprehensive Plan of Action (JCPOA), came into force.

The banking problems are related to major European banks, he said, adding that Iranian banks also need to reach the world’ latest standards.

Hogan further made assurances that he would try his best to remove the banking problems between Iran and the European Union, adding, however, that two years is not enough time for resolution of the problems.

Hogan is in Tehran at the head of a high-ranking EU delegation that comprises 70 members including some officials from Directorate-General for Agriculture and Rural Development of the European Commission as well as representatives of some renowned companies from different European countries.

The visit comes against the backdrop of a new wave of interest in ties with Iran after Tehran and the Group 5+1 (Russia, China, the US, Britain, France and Germany) in July 2015 reached the nuclear deal and started implementing it in January 2016.