A Look at Iranian Newspaper Front Pages on November 7

Iran Front Page- IFP has taken a look at the front pages of Iranian newspapers on Tuesday, November 7, and picked headlines from 18 of them. IFP has simply translated the headlines and does not vouch for their accuracy.

The latest developments in Saudi Arabia, particularly the Crown Prince’s purge of his rivals, remained a top story in all Iranian newspapers today.

Several papers also covered the Texas shooting where dozens of people were killed and wounded.

1- Rouhani: I Won’t Back Off in Fulfilling Commitments 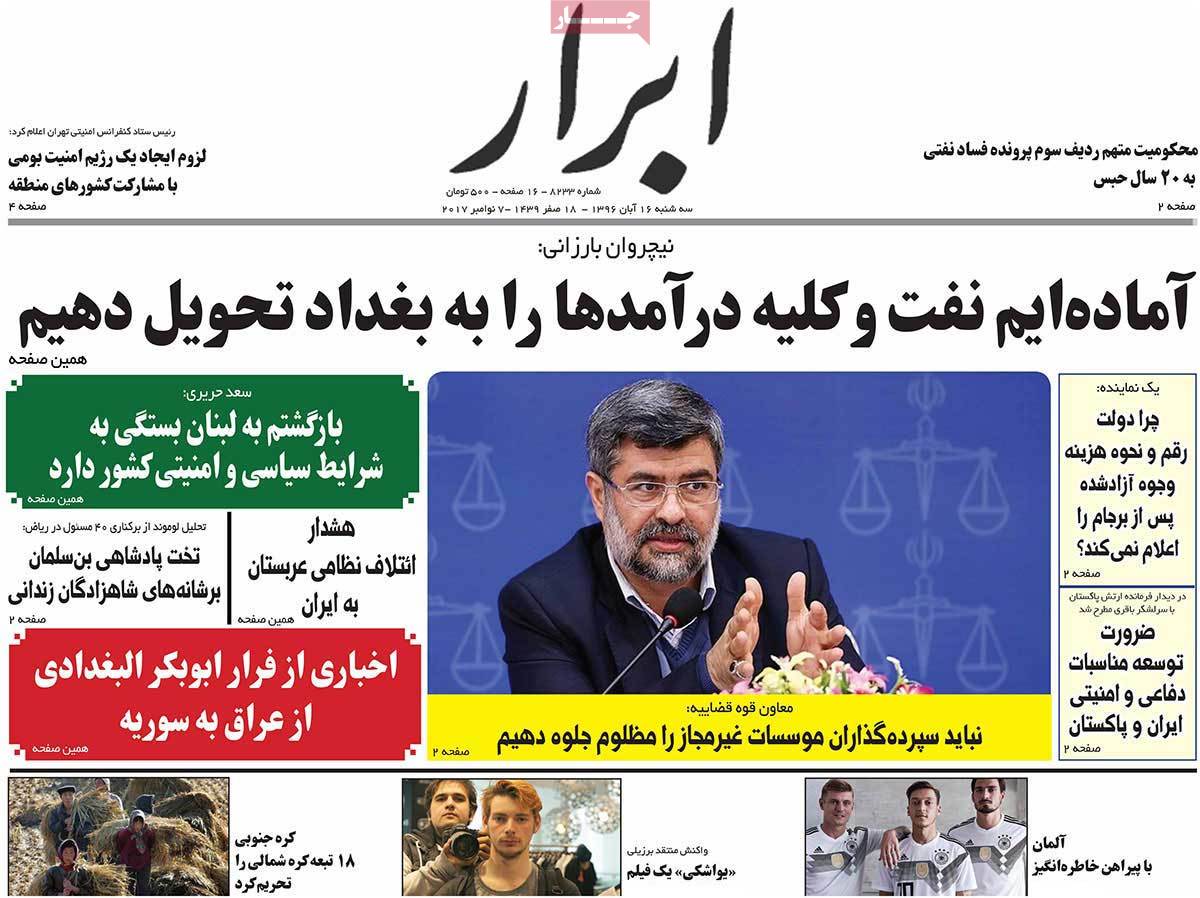 1- As per FATF Deal, Iran Gov’t Approves Bill to Fight against Money Laundry 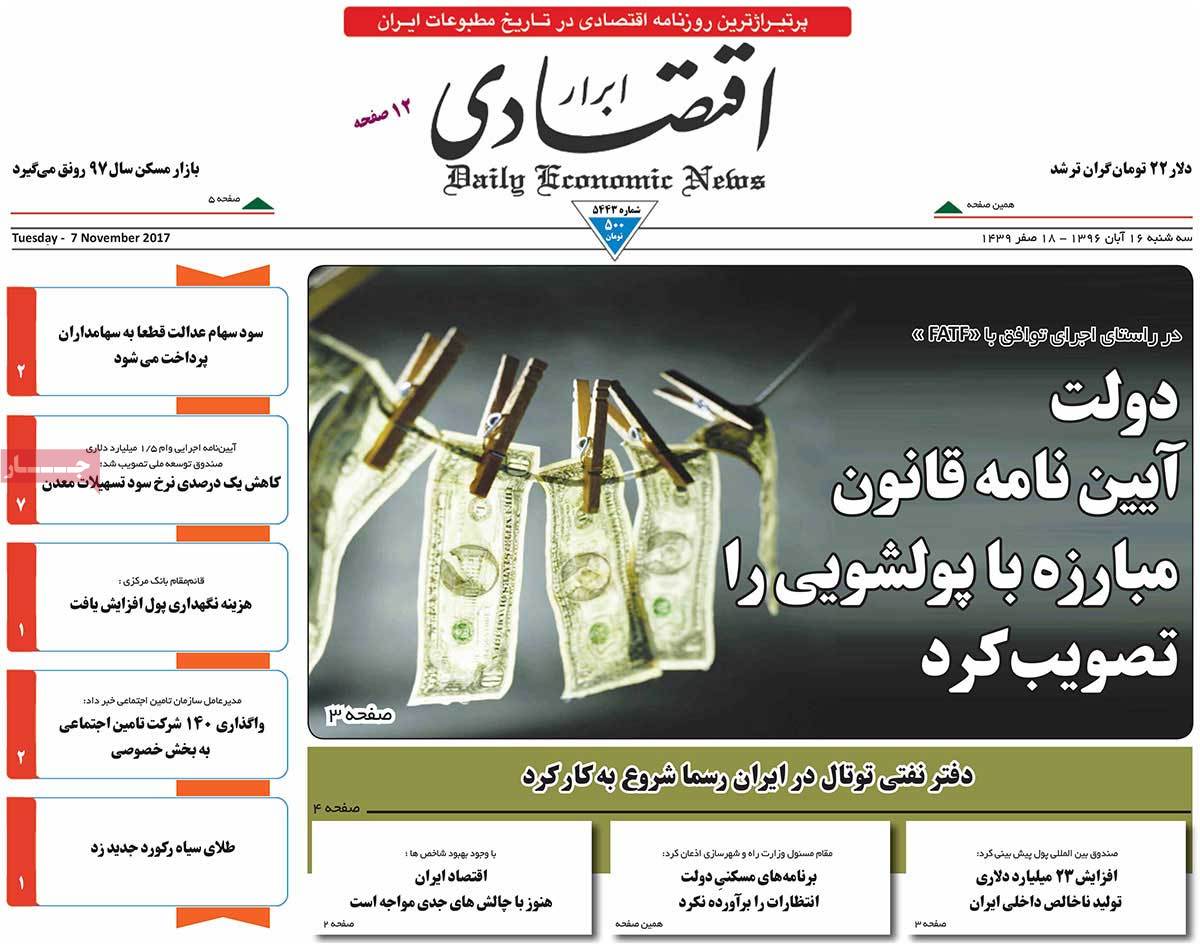 1- Silence towards Rouhani’s Turn to Conservatives 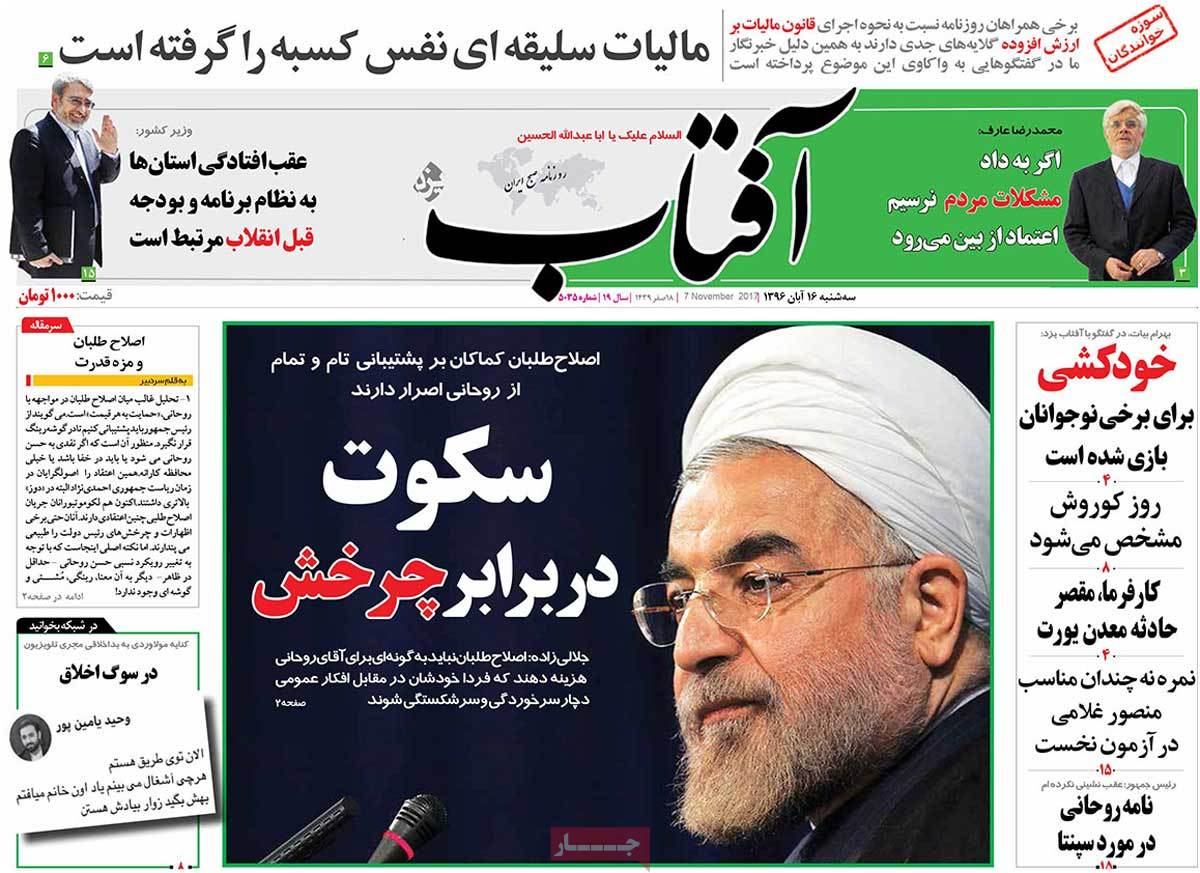 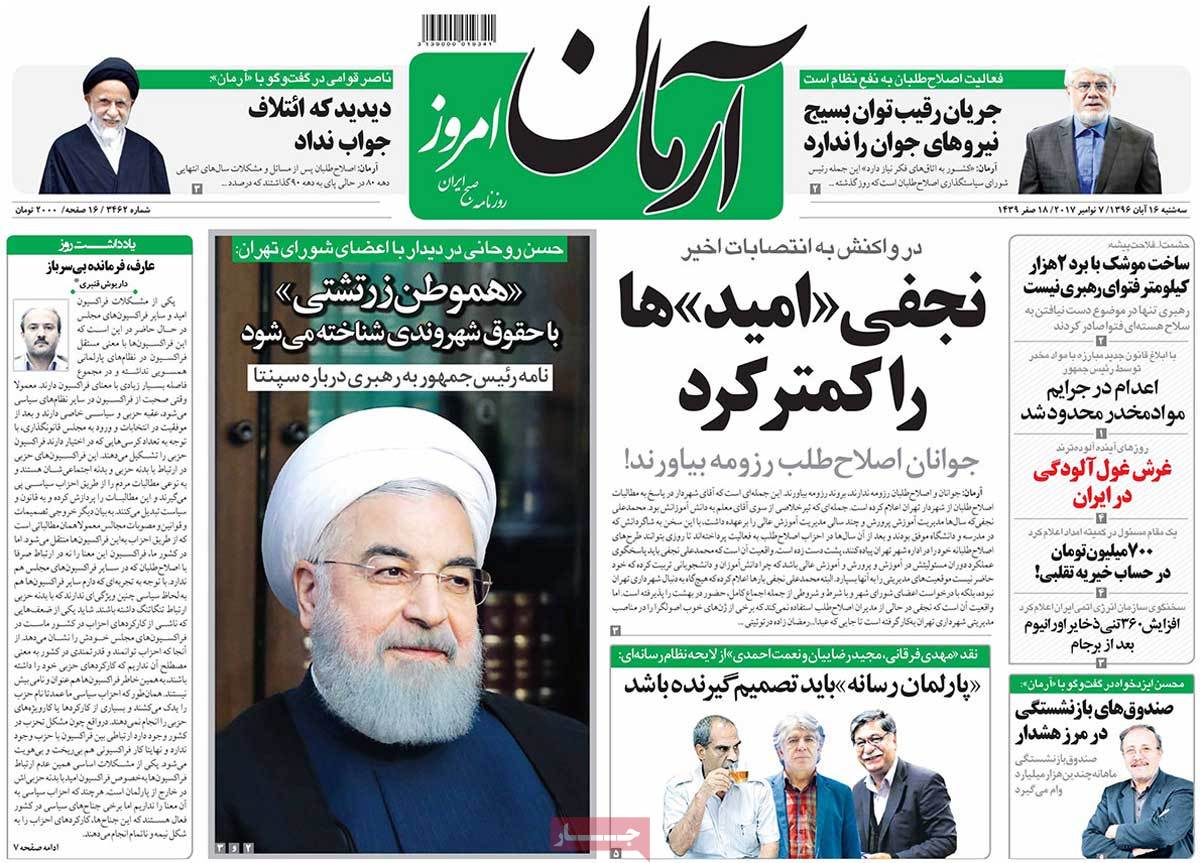 1- Dangerous Game: What Saudi Arabia Looks for by Raising Issue of Military Confrontation 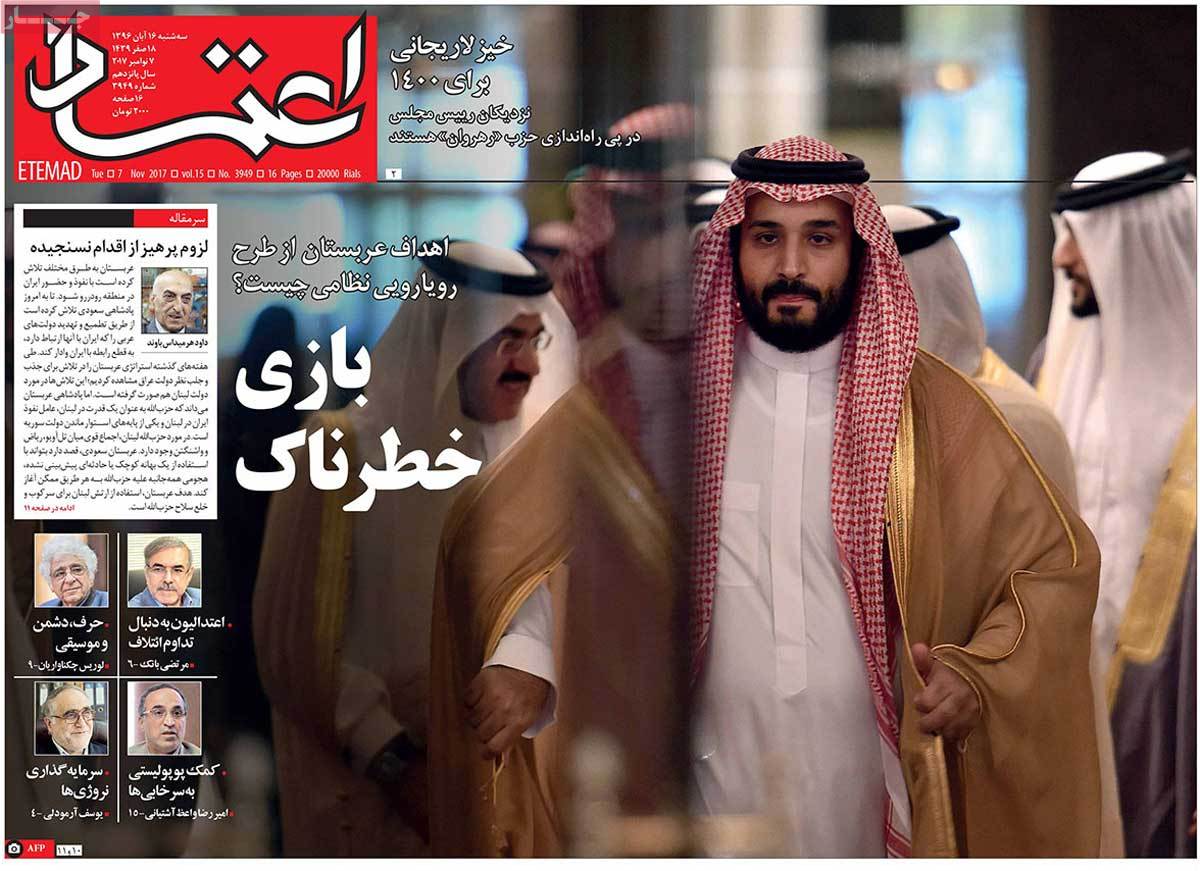 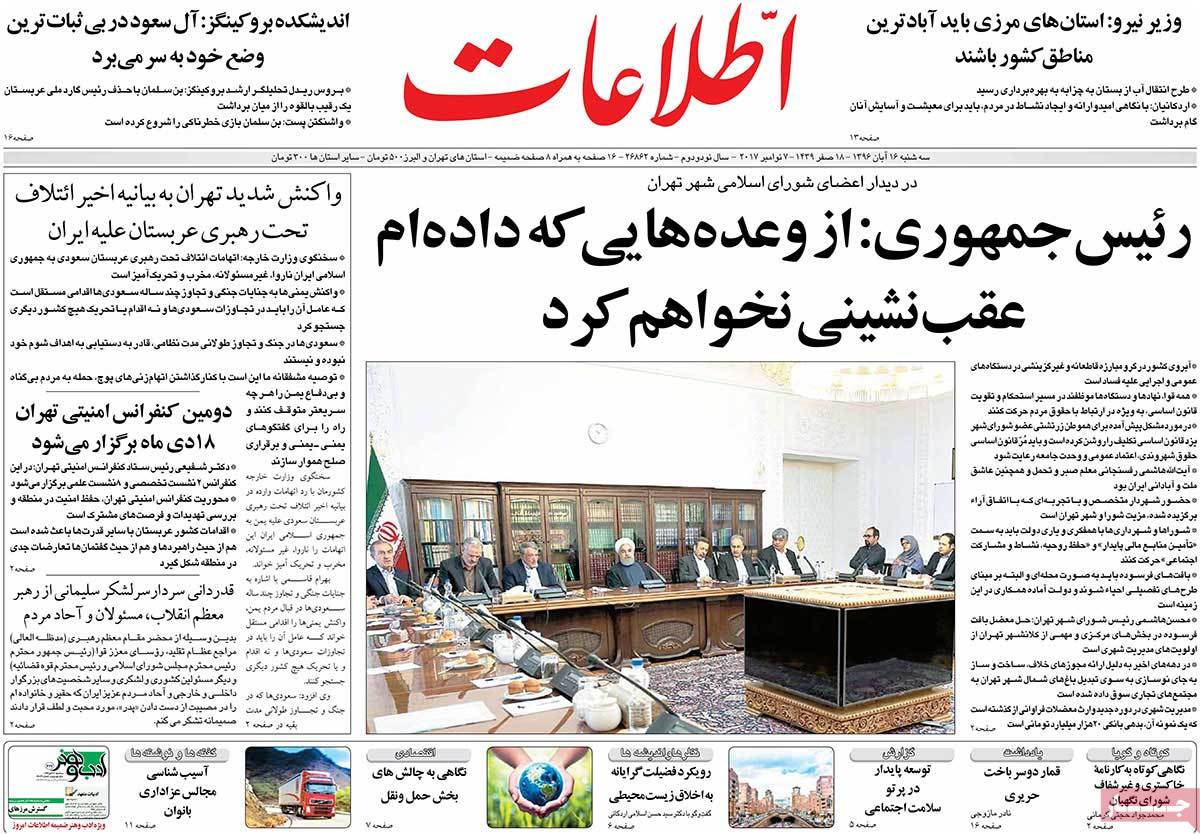 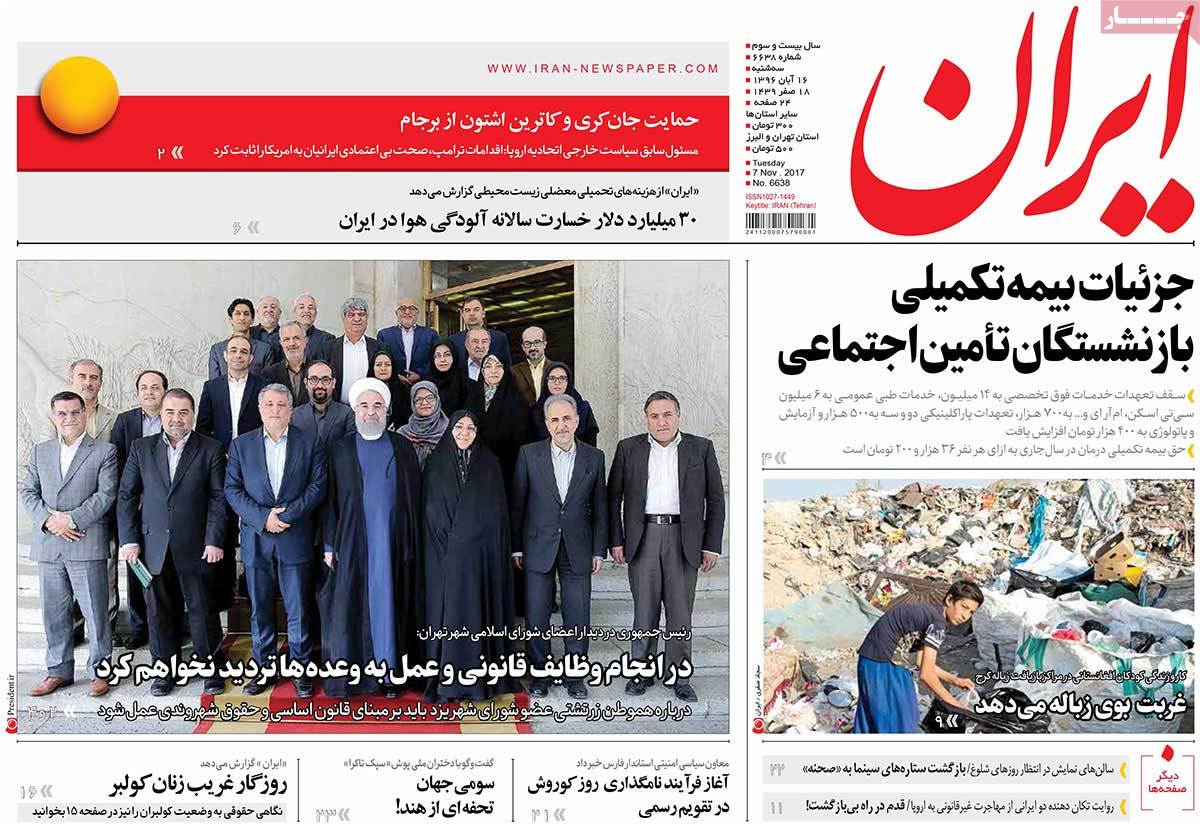 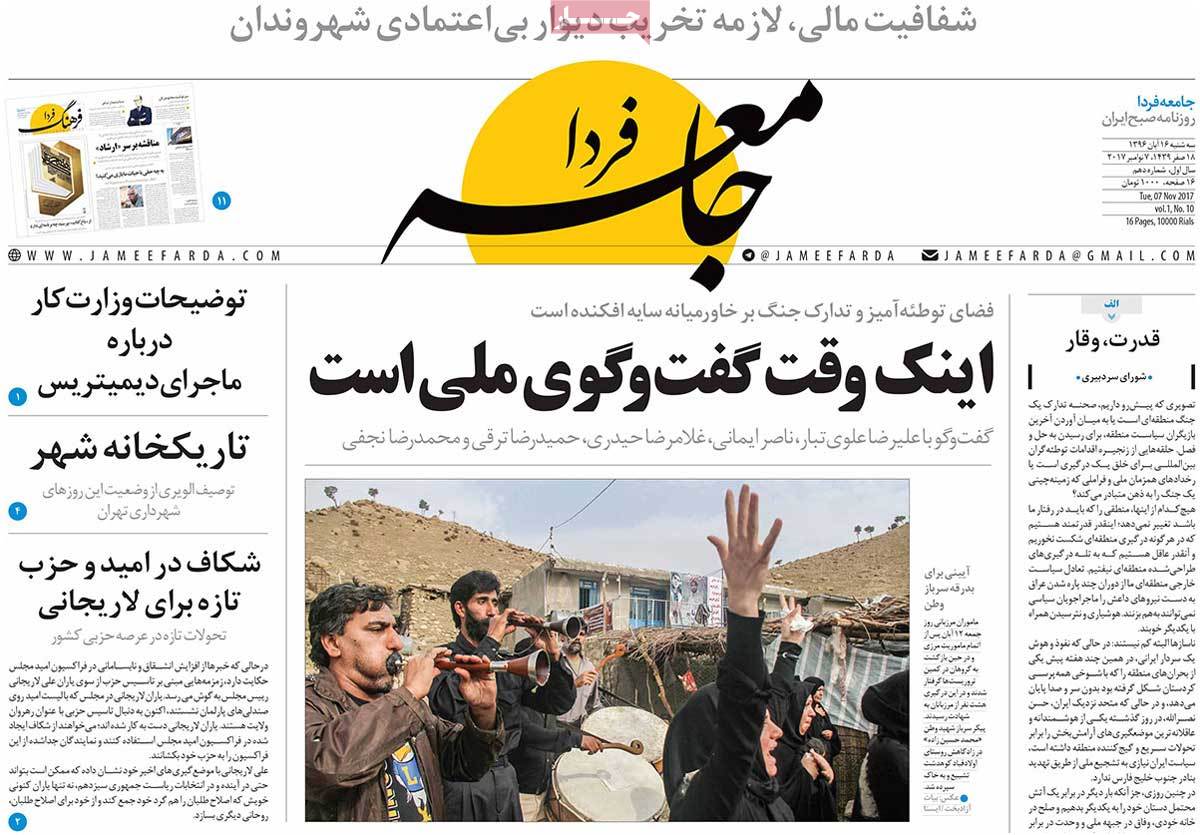 1- Village Industries to Be Revived by $1.5 Billion Budget Allocated by Leader

3- White Terrorism in US, from Concert to Church 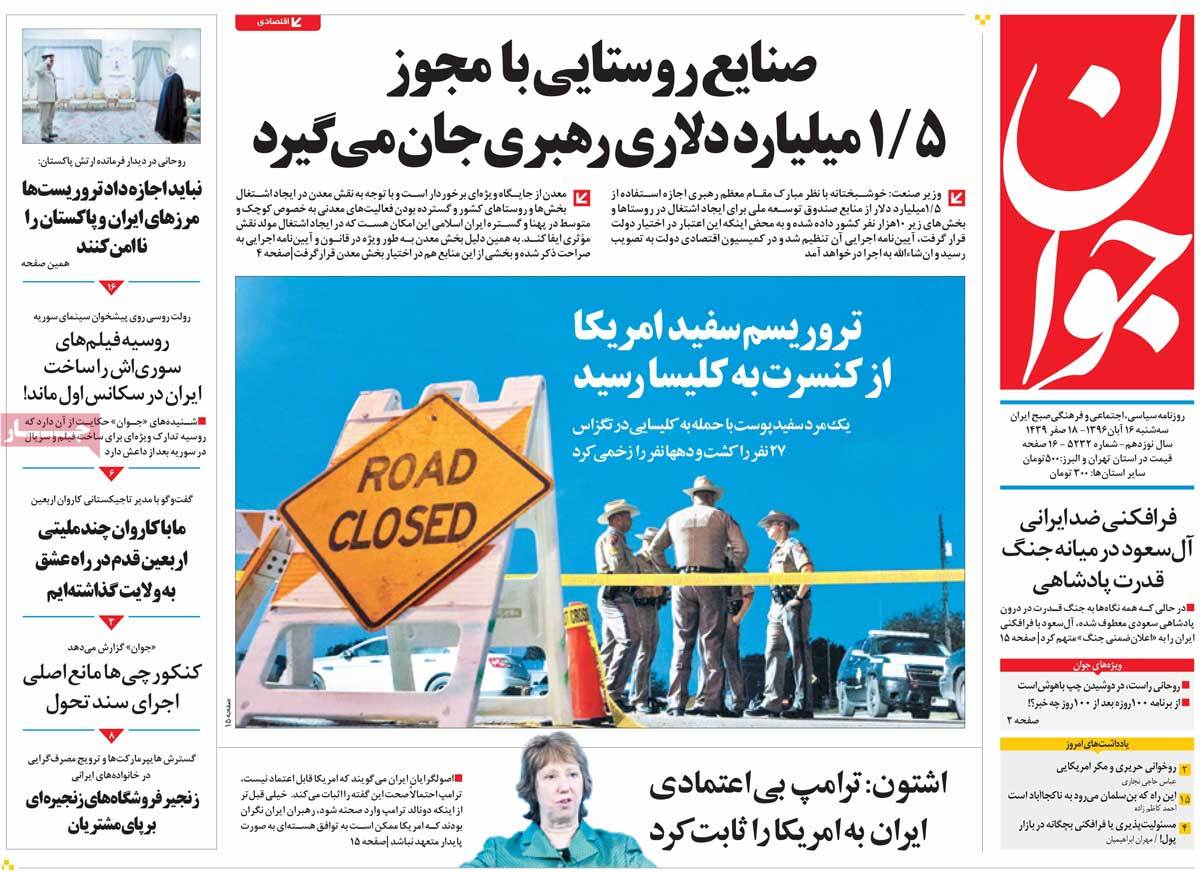 1- Ashton: Trump Proving US Is Untrustworthy 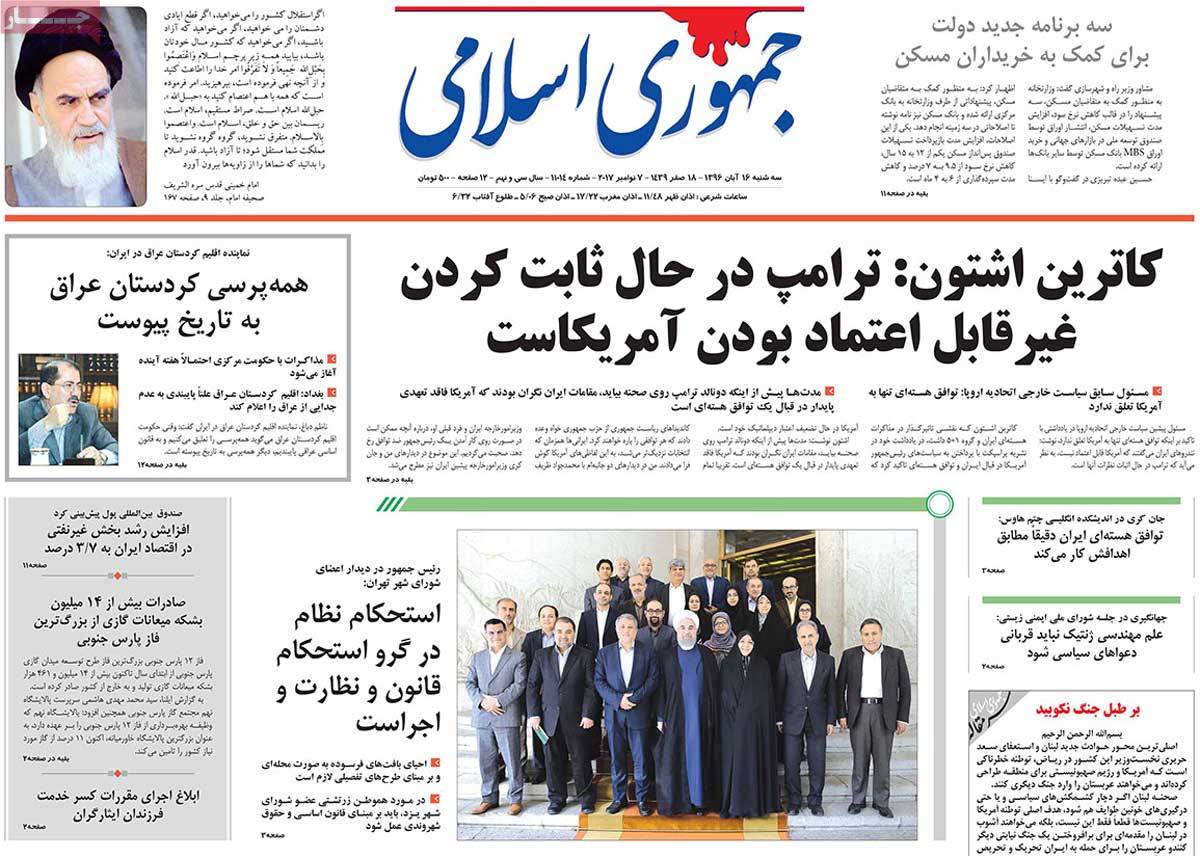 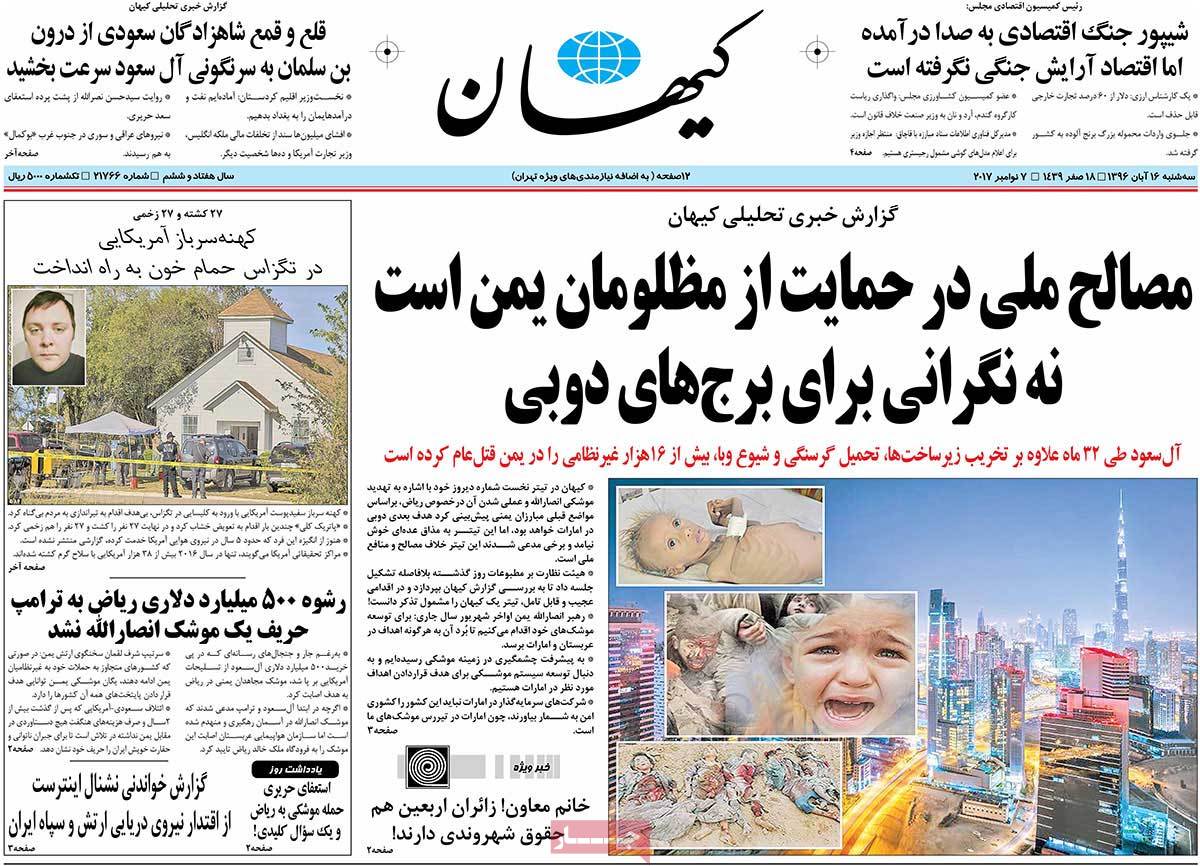 1- Europe’s JCPOA Scenarios: Will Europe Stay with Nuclear Deal or Join US? 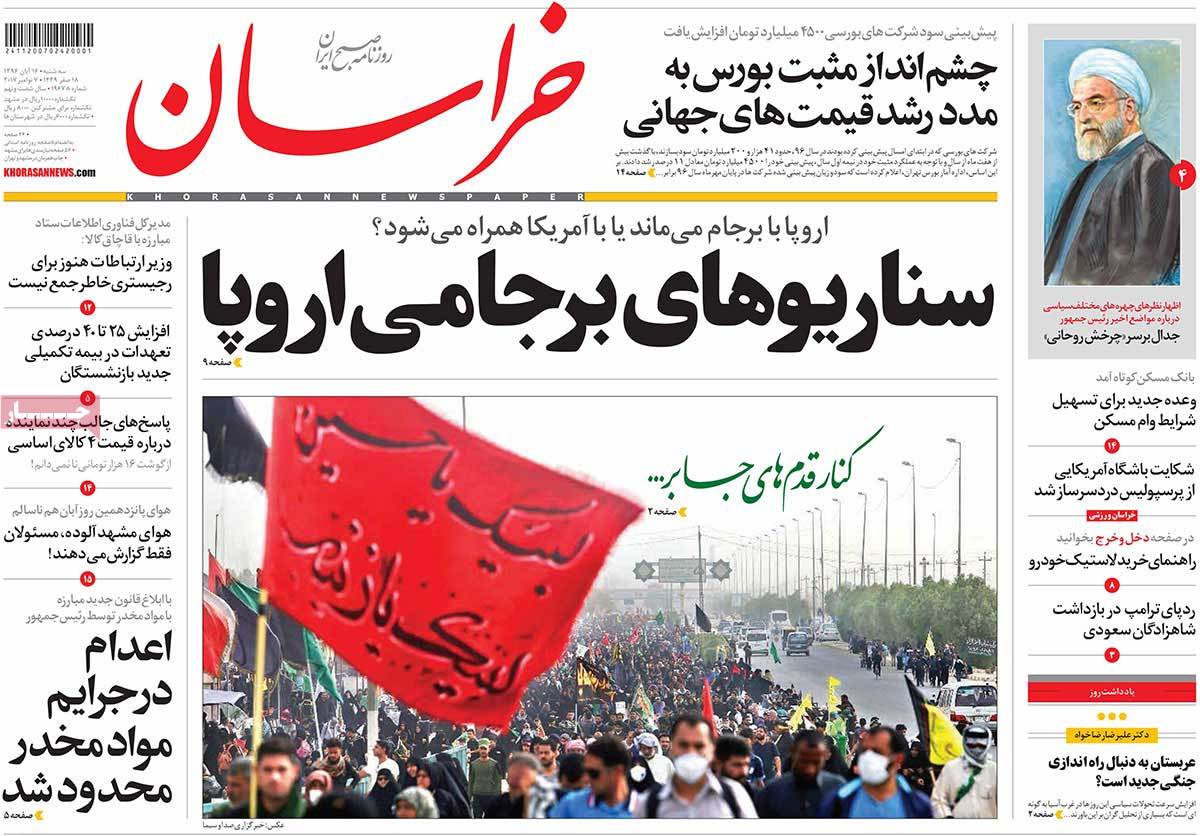 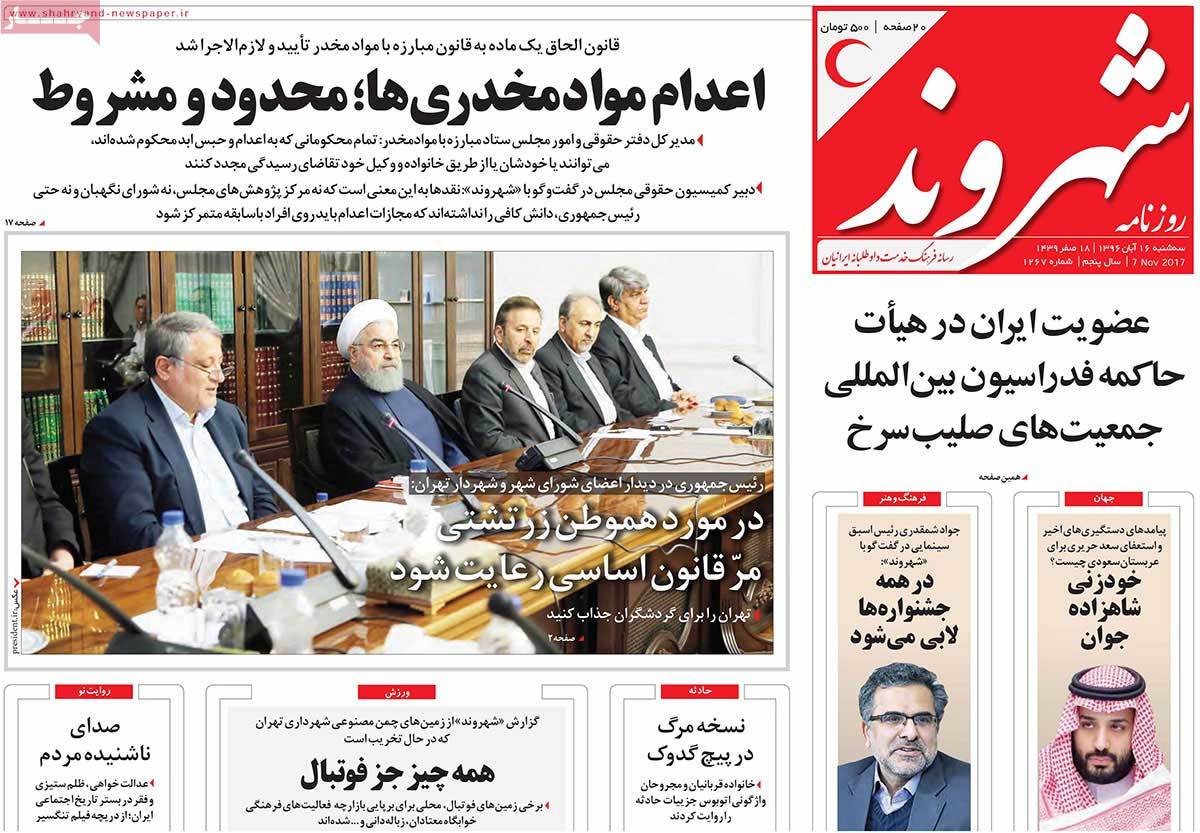 1- Iran to Arab Leaders: Stop Massacre of Yemenis instead of Playing Blame Game 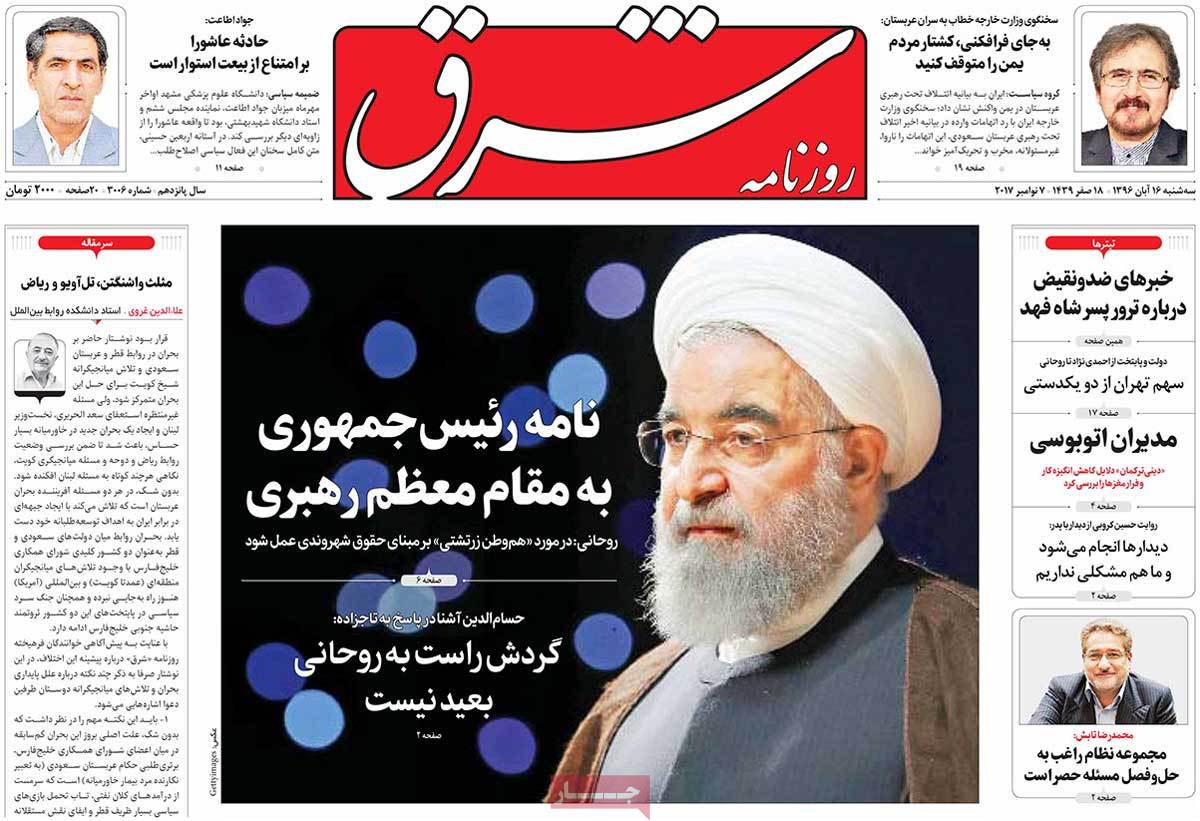 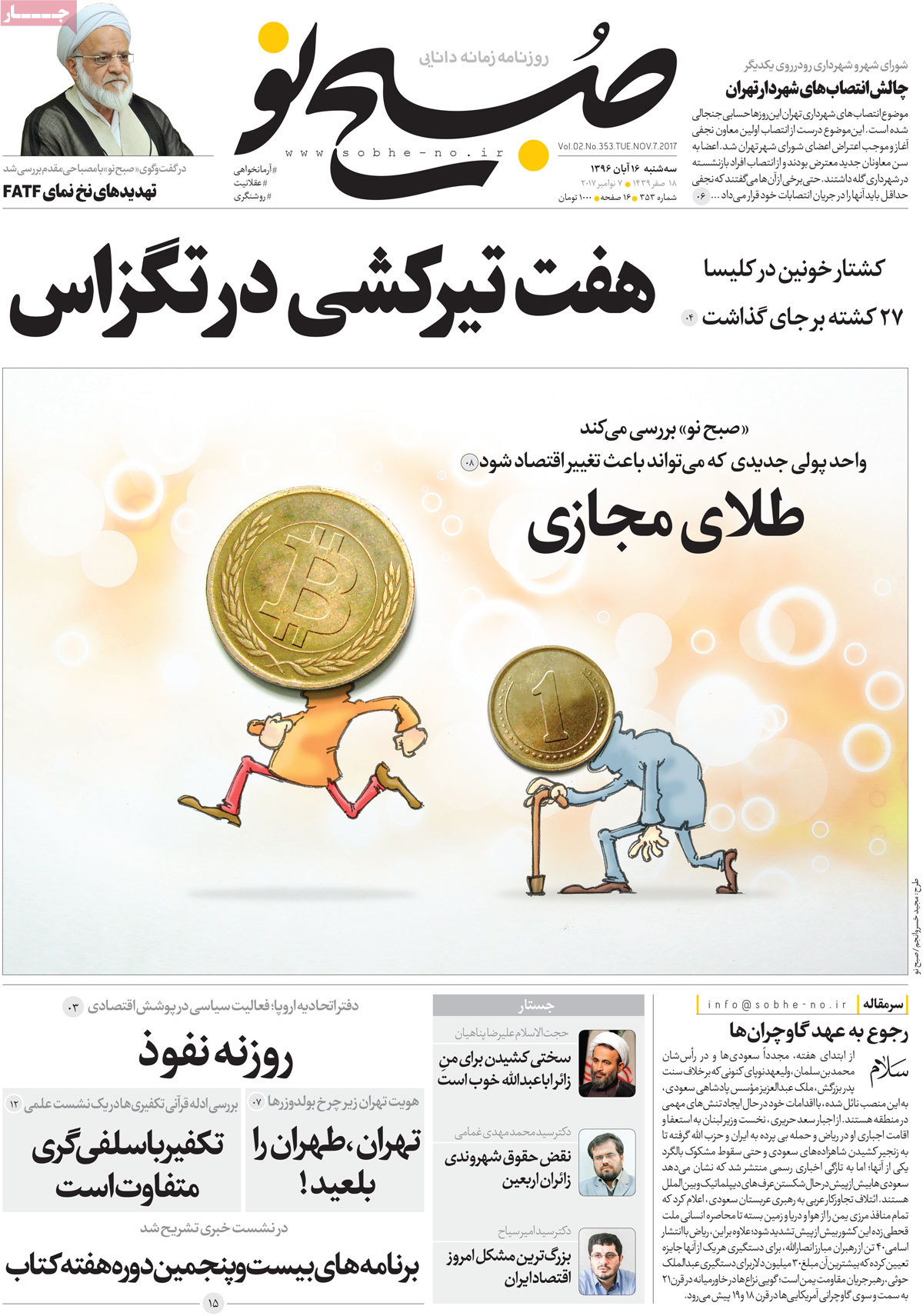 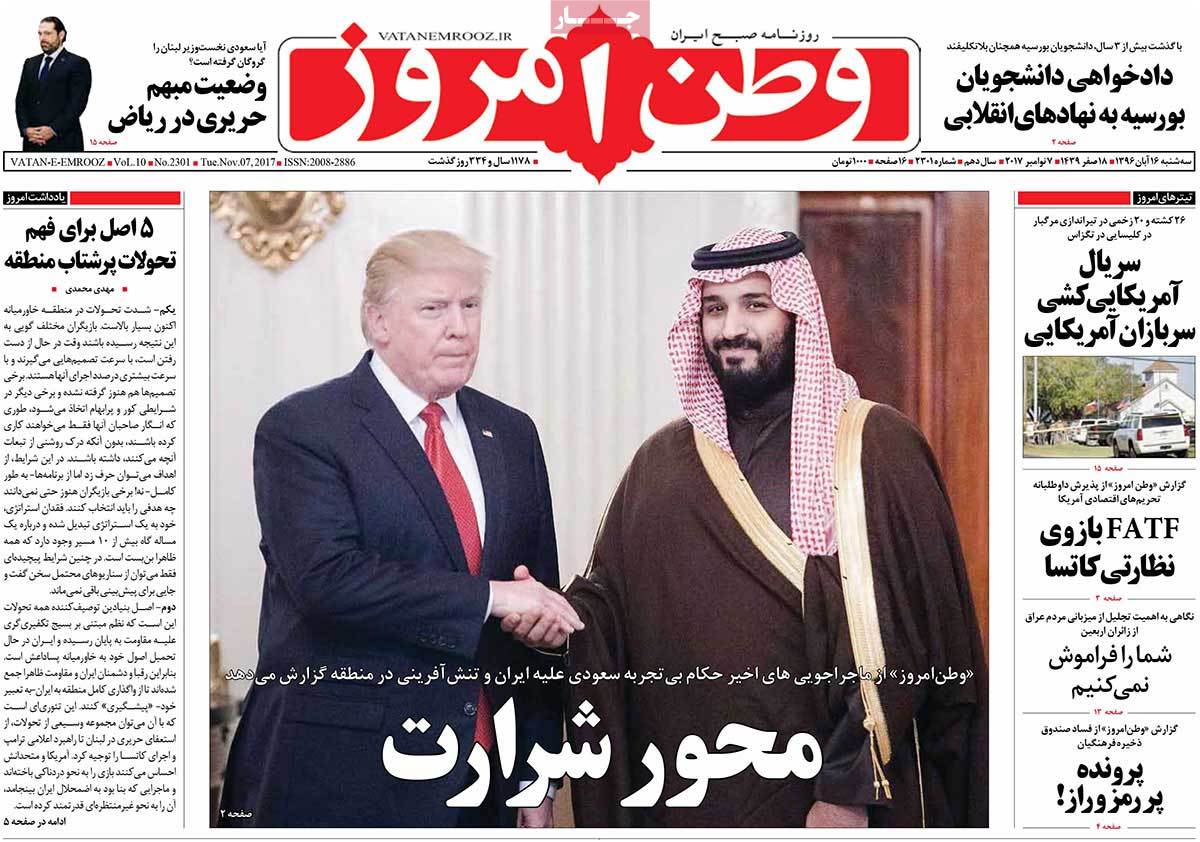