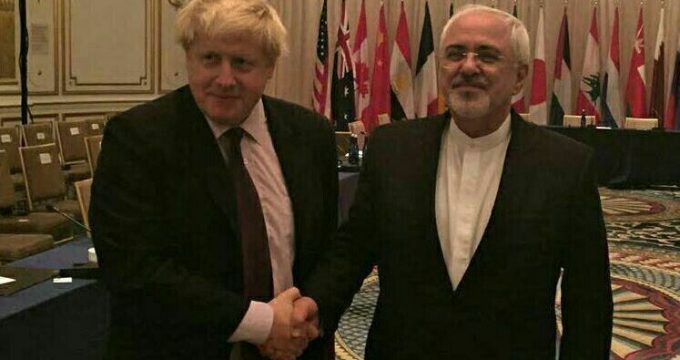 Britain’s Foreign Office said that Johnson would call Zarif, “to raise again his serious concerns about the case (Nazanin Zaghari-Ratcliffe) and ensure his remarks are not misrepresented,” according to AP.

This came after a charity on Monday accused Johnson of leaving Nazanin Zaghari-Ratcliffe facing more prison time by making an inaccurate statement about why she was in Iran.

Johnson told a parliamentary committee last week that she was “simply teaching people journalism as I understand it” when she was arrested at Tehran airport last year.

The Iranian judiciary’s High Council for Human Rights said Johnson’s comments proved Zaghari-Ratcliffe “had visited the country for anything but a holiday.”

Zaghari-Ratcliffe’s employer, Thomson Reuters Foundation, claimed she hadn’t been working in Iran but was on vacation.

Villa urged Johnson to correct his “serious mistake,” saying it “can only worsen her sentence.”

Zaghari-Ratcliffe was apprehended while leaving Tehran for London over her involvement in post-election riots in 2009.