A Look at Iranian Newspaper Front Pages on November 6

Iran Front Page- IFP has taken a look at the front pages of Iranian newspapers on Monday, November 6, and picked headlines from 18 of them. IFP has simply translated the headlines and does not vouch for their accuracy.

The top story in all newspapers today was the resignation of Lebanese Prime Minister Saad Hariri and the global reactions to the surprise decision.

Iranian papers particularly covered the remarks made by the Secretary General of the Lebanese Resistance Movement Hezbollah, Sayyed Hassan Nasrallah, about Hariri’s resignation and Saudi Arabia’s role in this decision.

1- 4,000 People Stranded in Iran-Iraq Border Crossing without a Visa 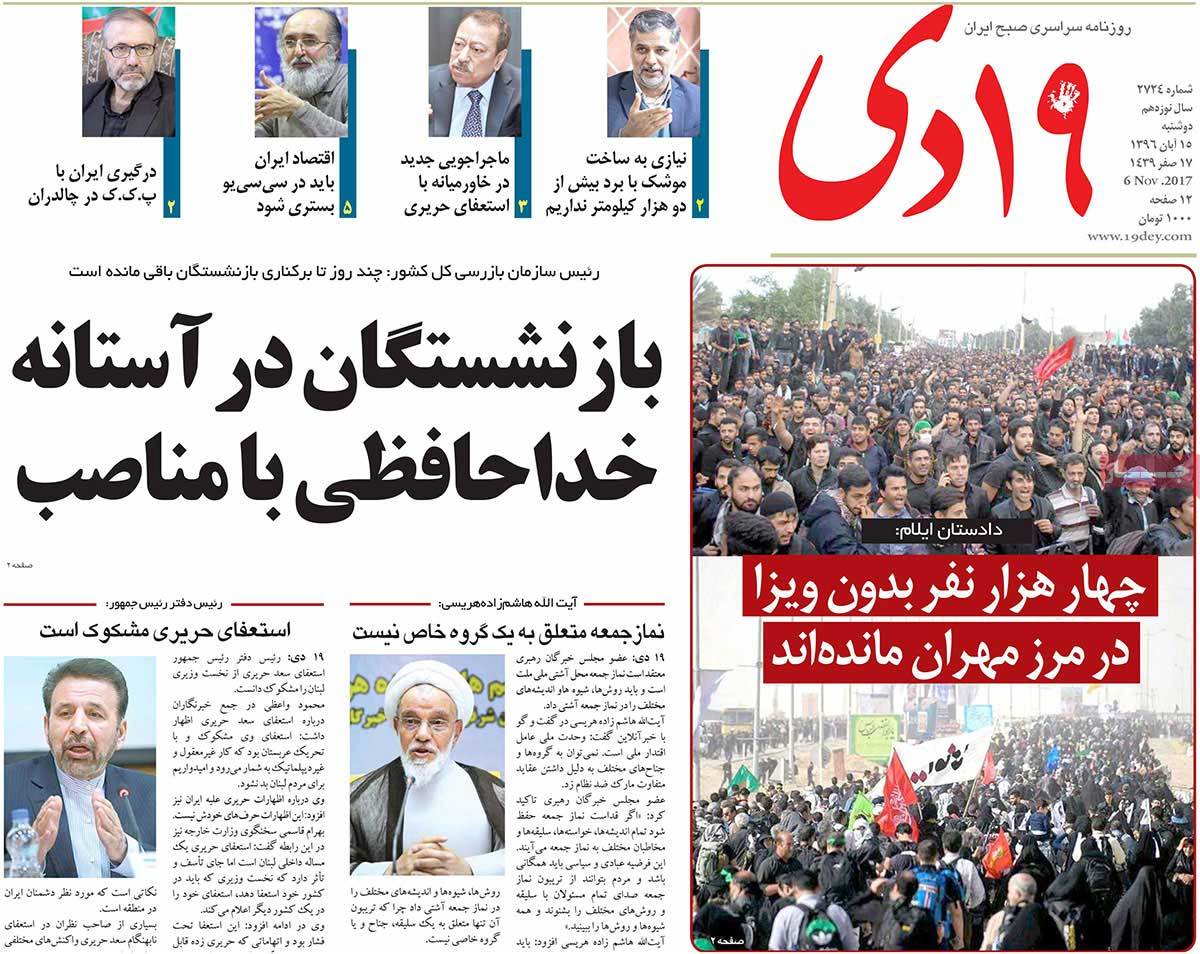 1- US Spokesman: Withdrawal from Nuclear Deal Not to Put Iran under Pressure 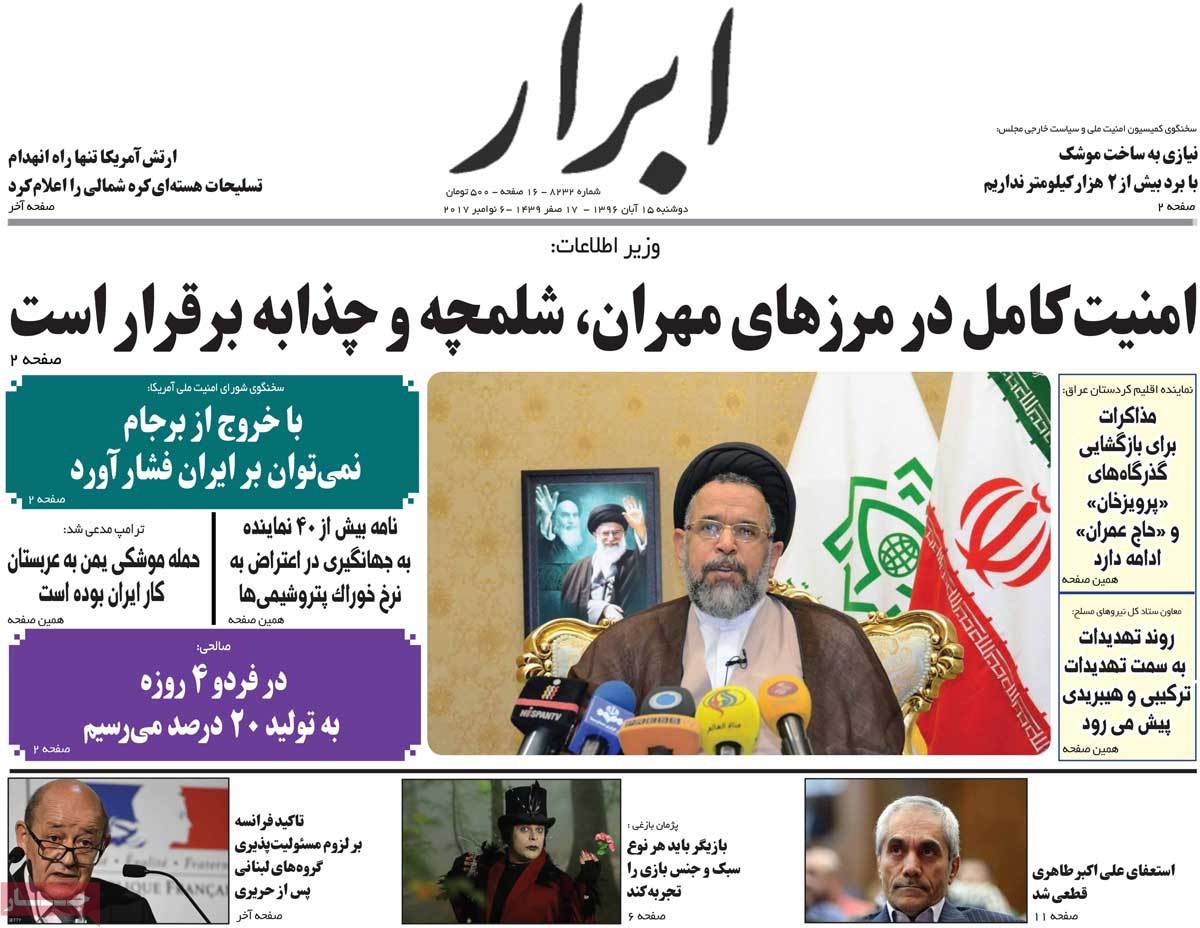 1- Total Showing Resistance to US 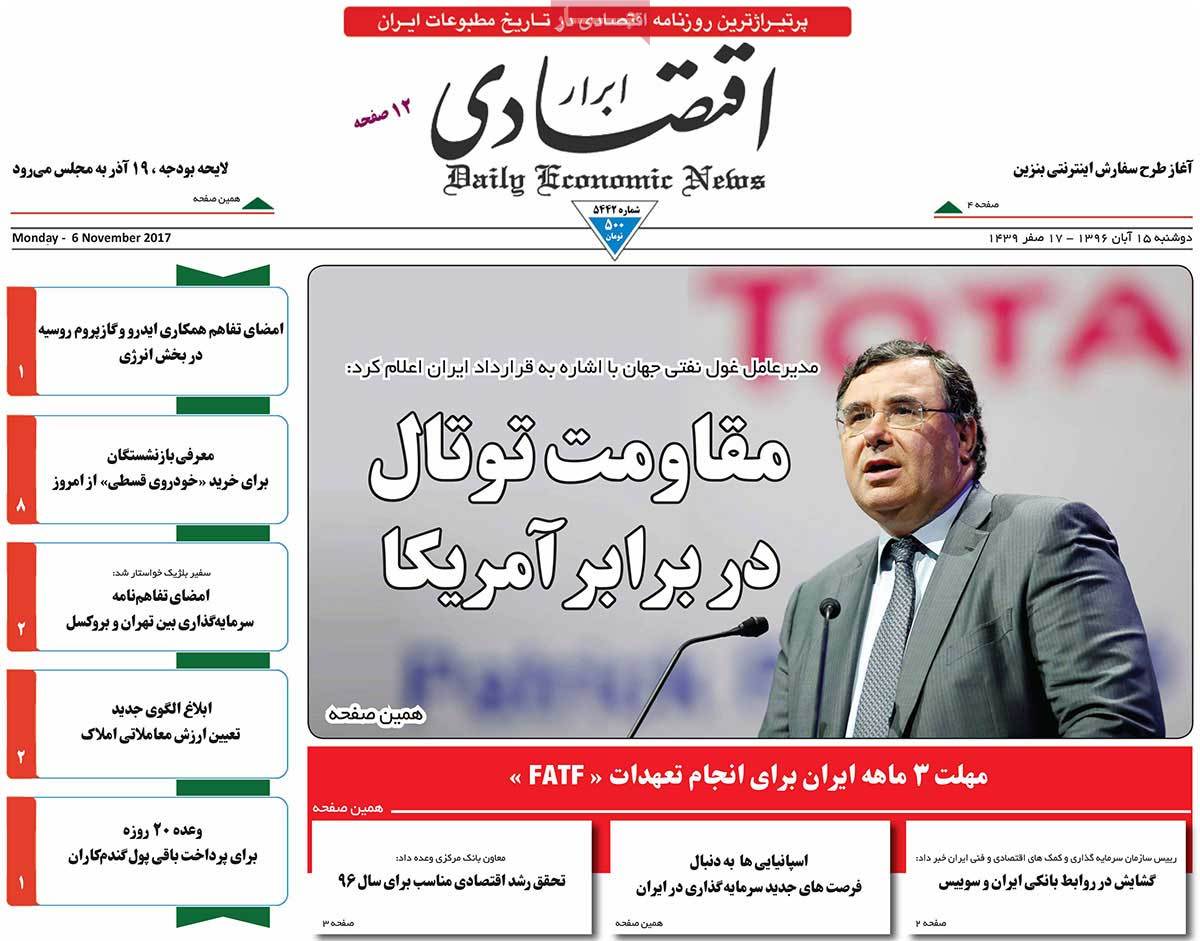 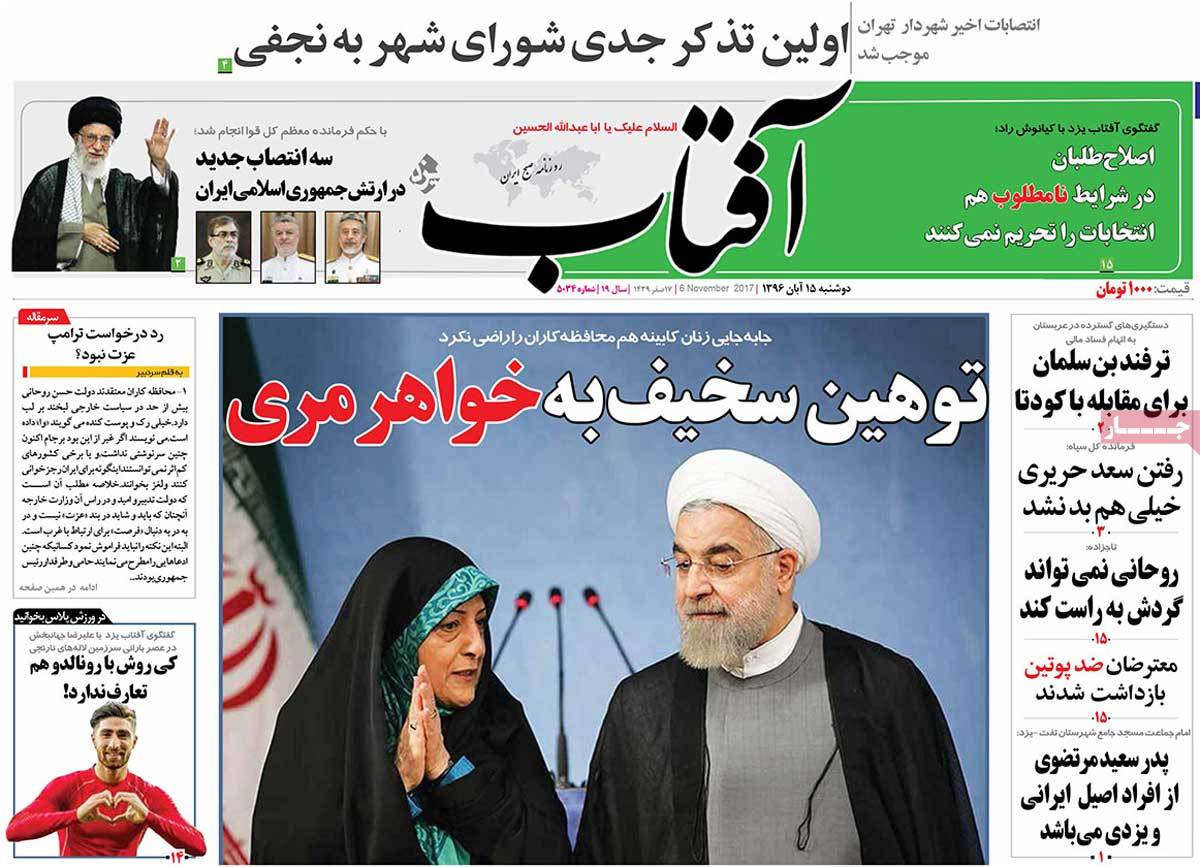 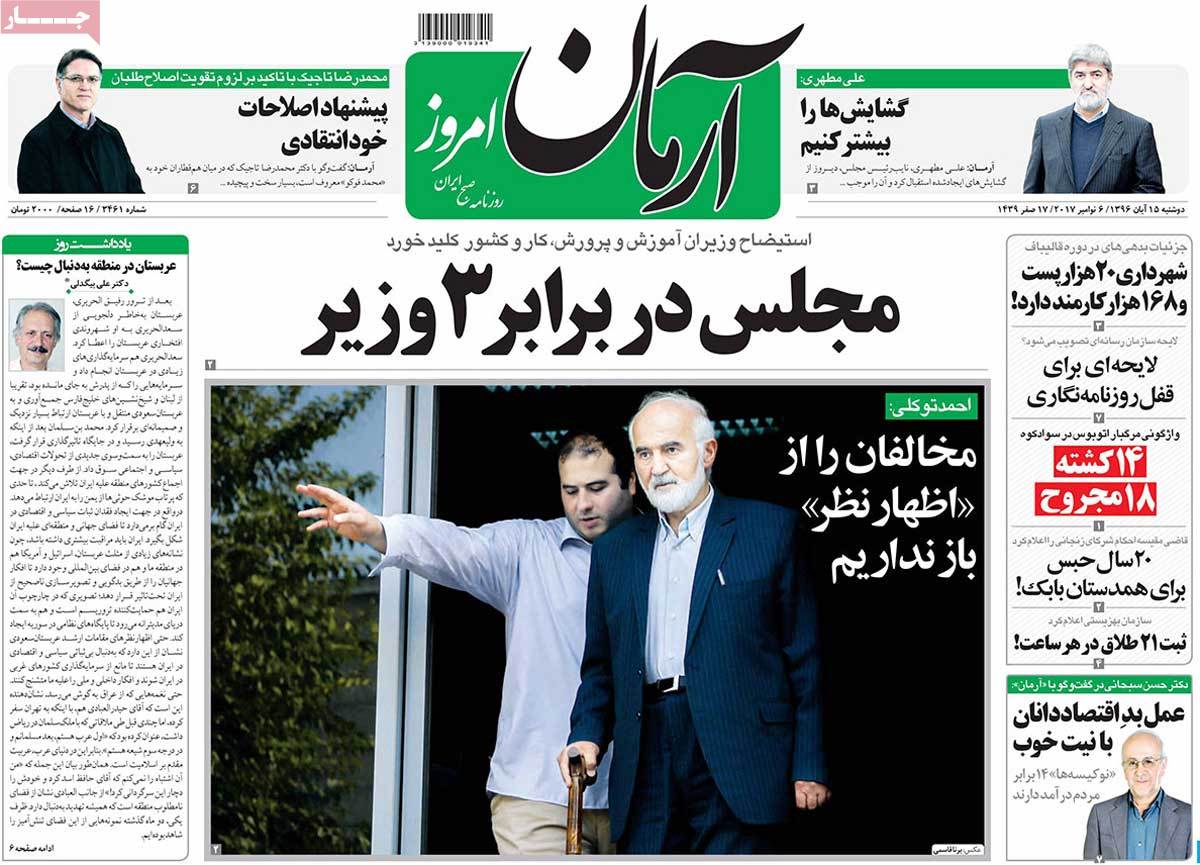 1- Millions of People in Arba’een Walk 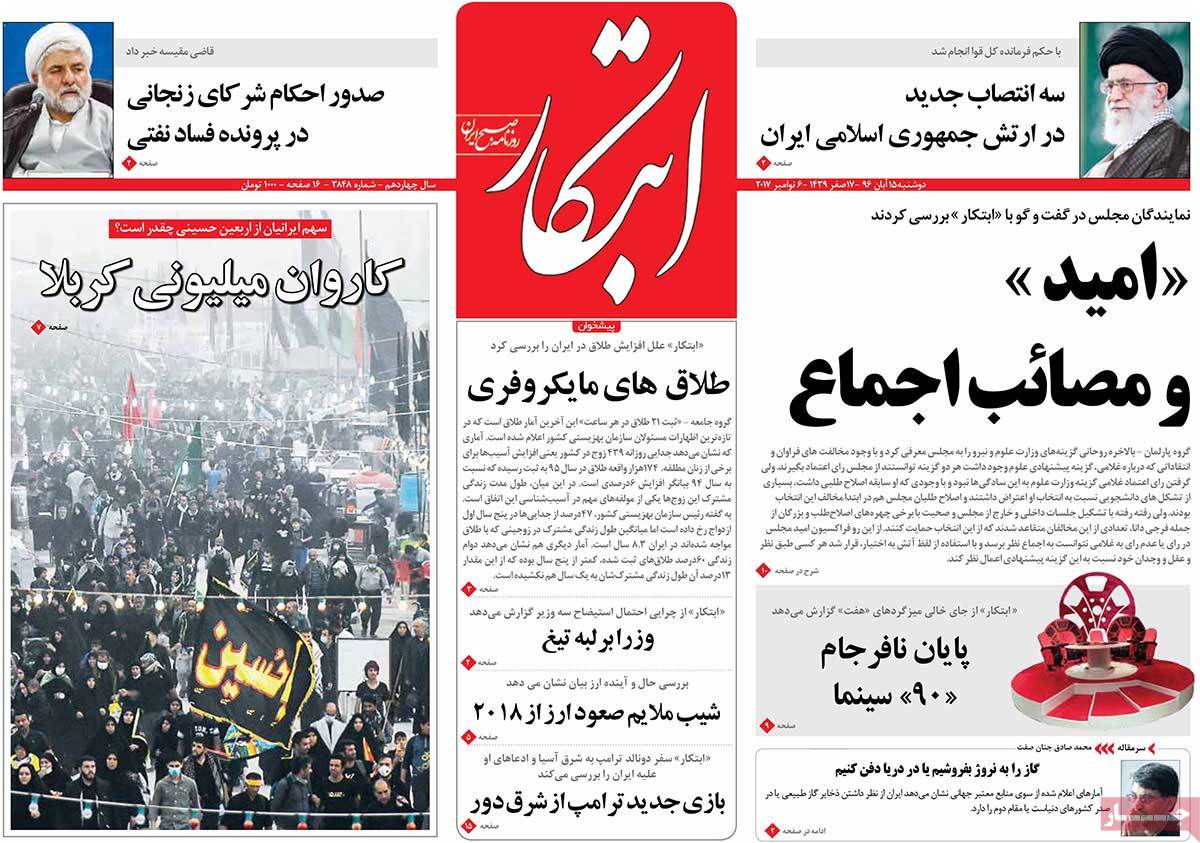 2- Nasrallah: Reasons for Hariri’s Resignation Are in Riyadh Not Beirut 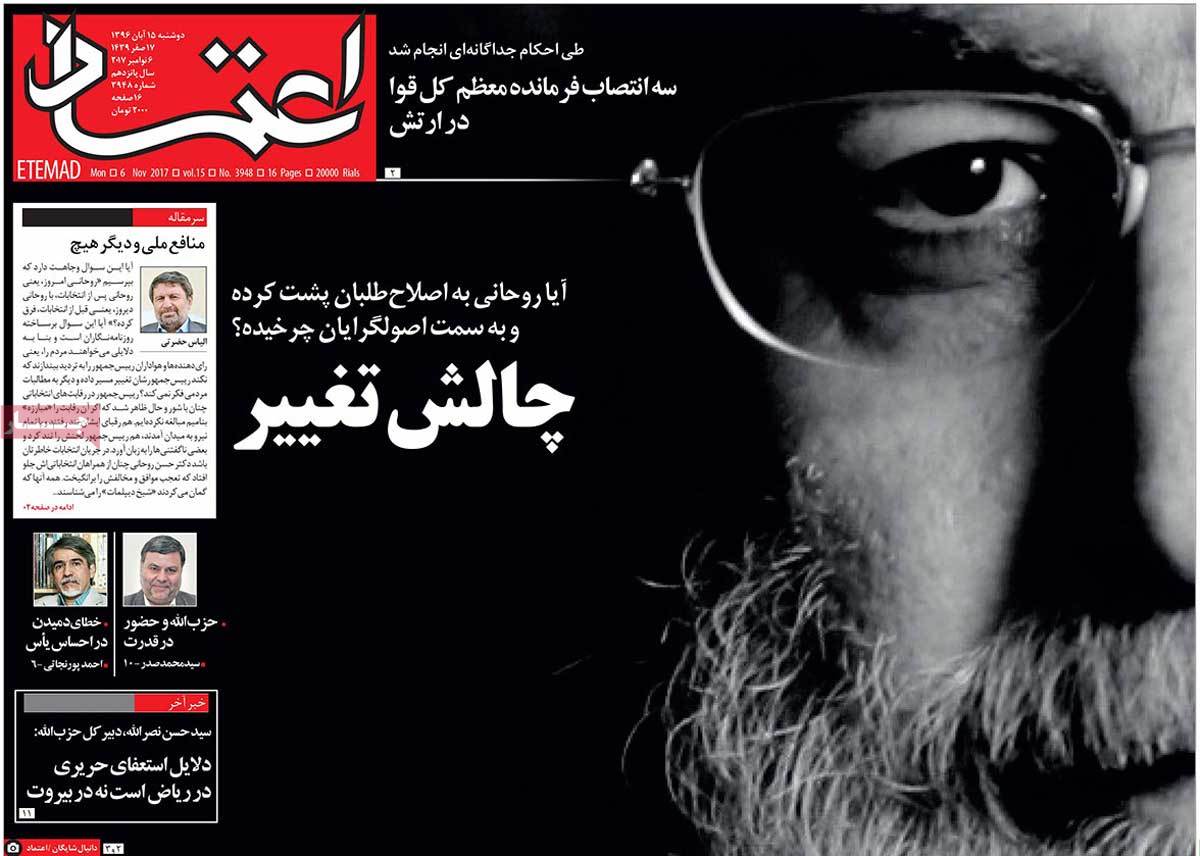 2- Ayatollah Sistani: Use of Non-Muslims’ Skill Not Forbidden

3- IRGC Chief-Commander: Transfer of Iran’s Missiles to Yemen Not Possible 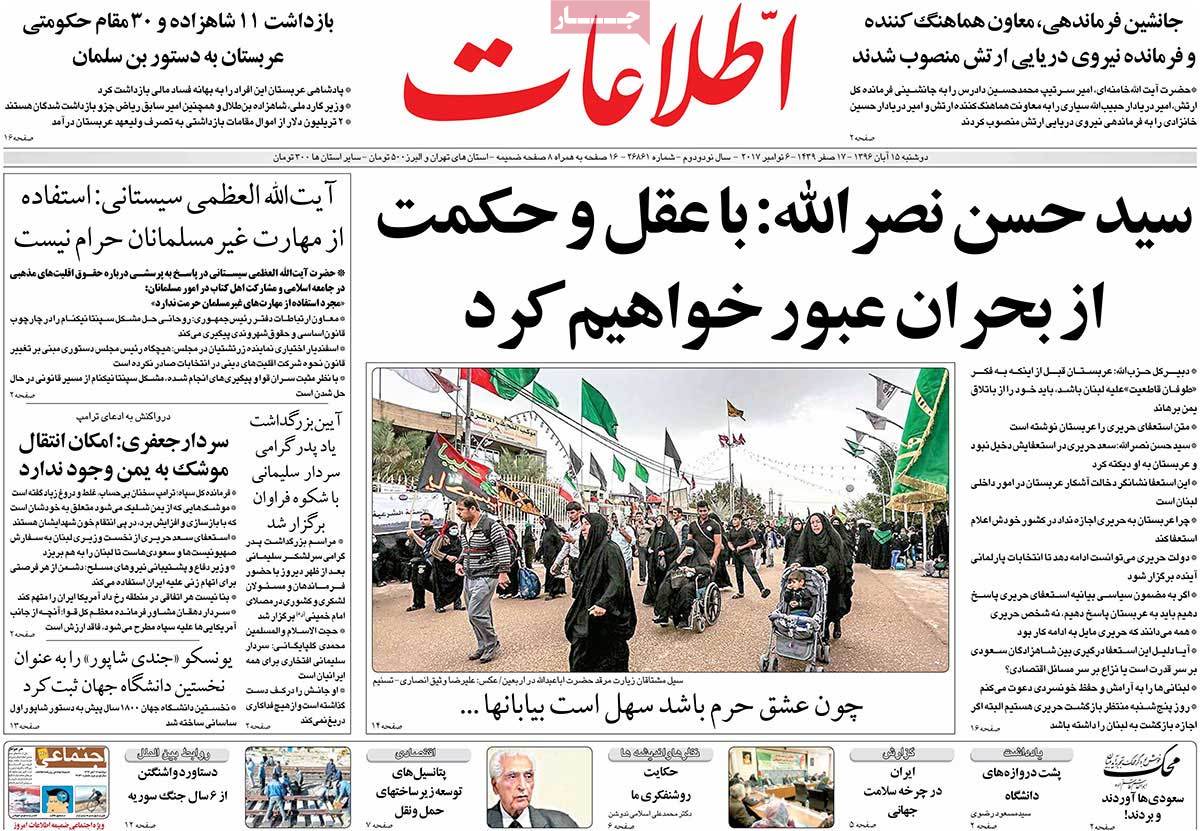 1- Every Arba’een Pilgrim to Plant a Sapling 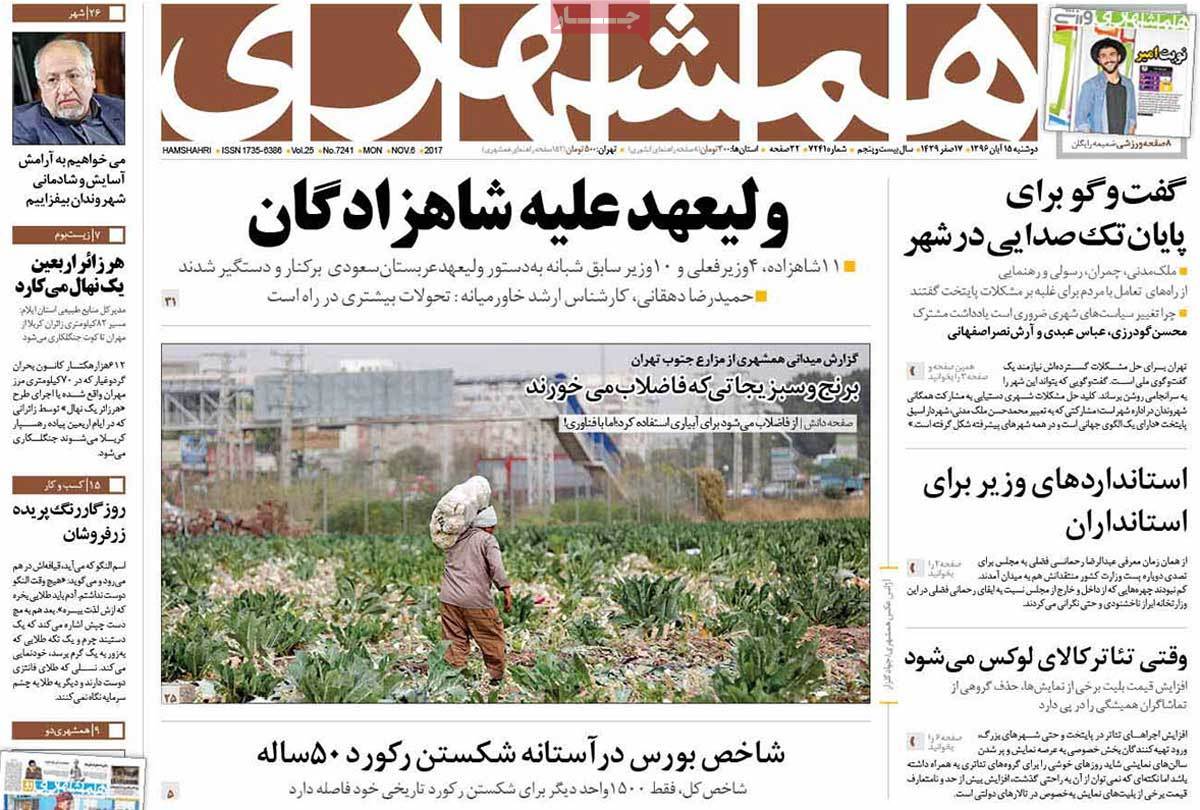 2- Iran’s Beach Soccer Stars: Our Next Goal Is to Win World Cup 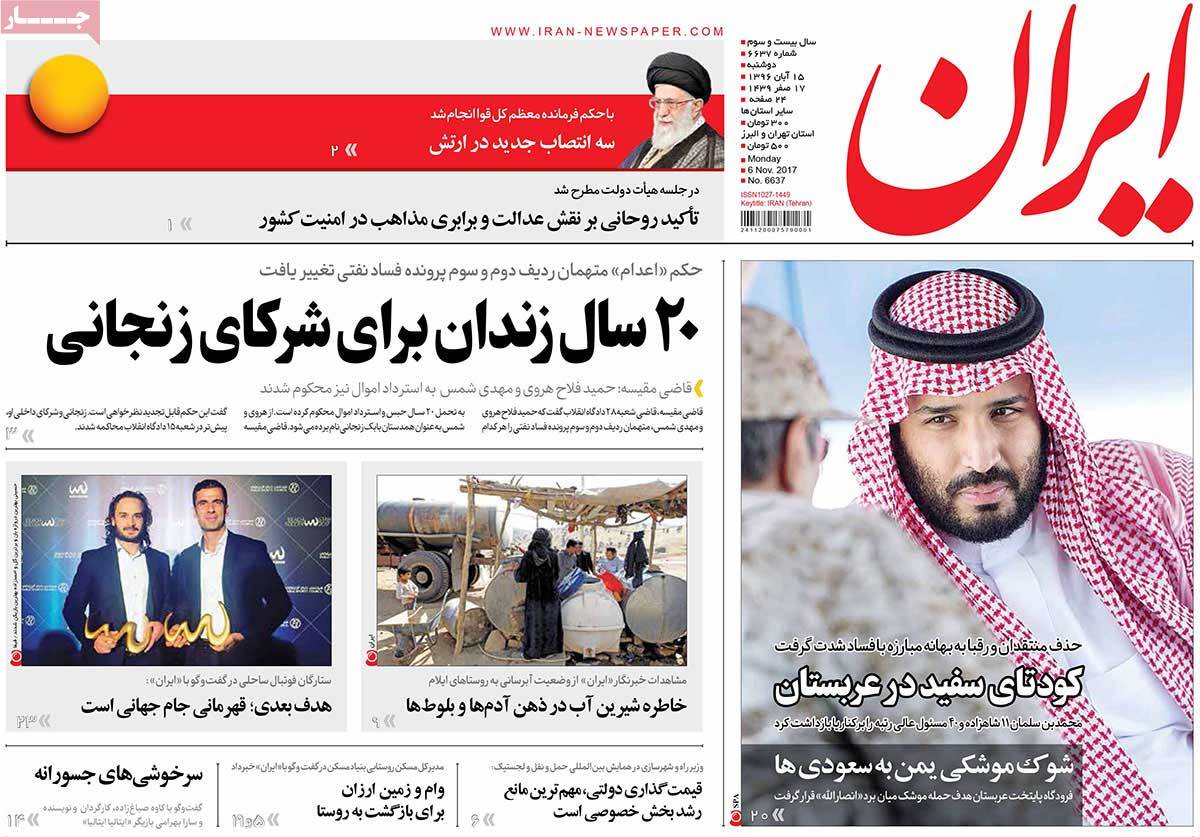 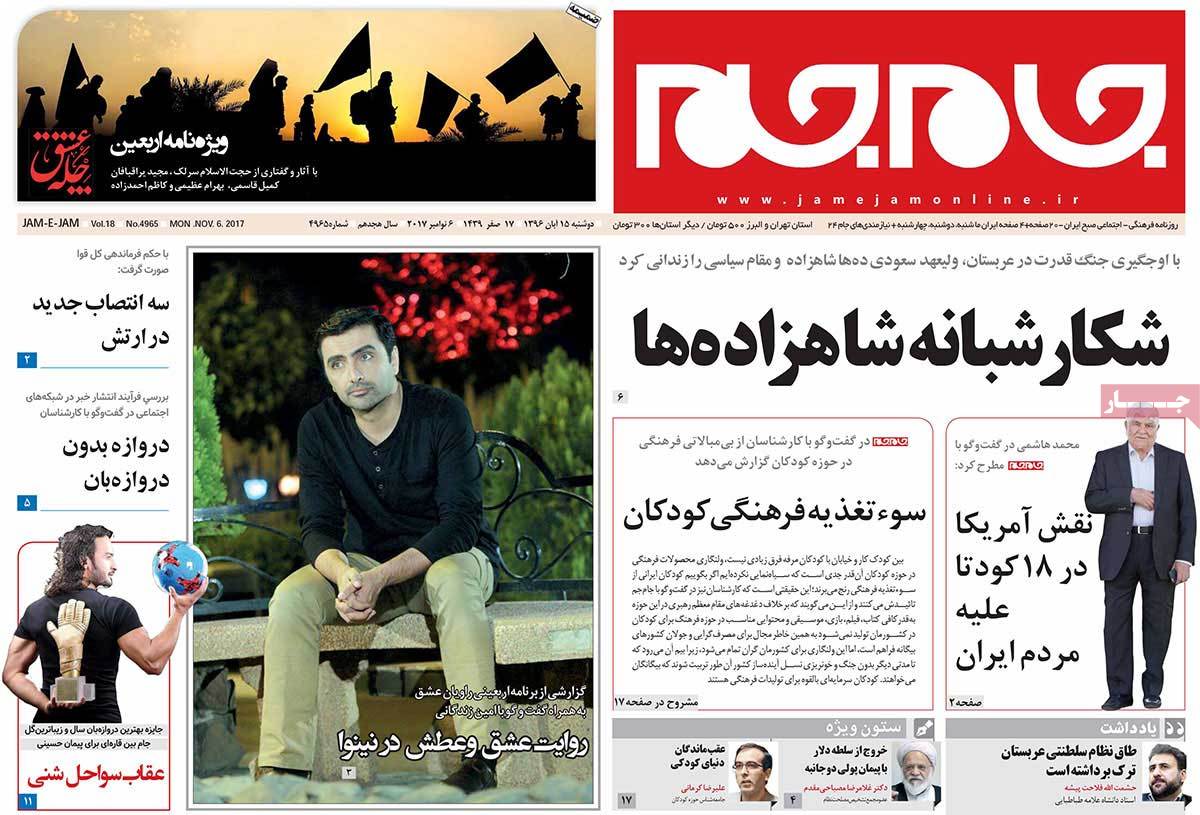 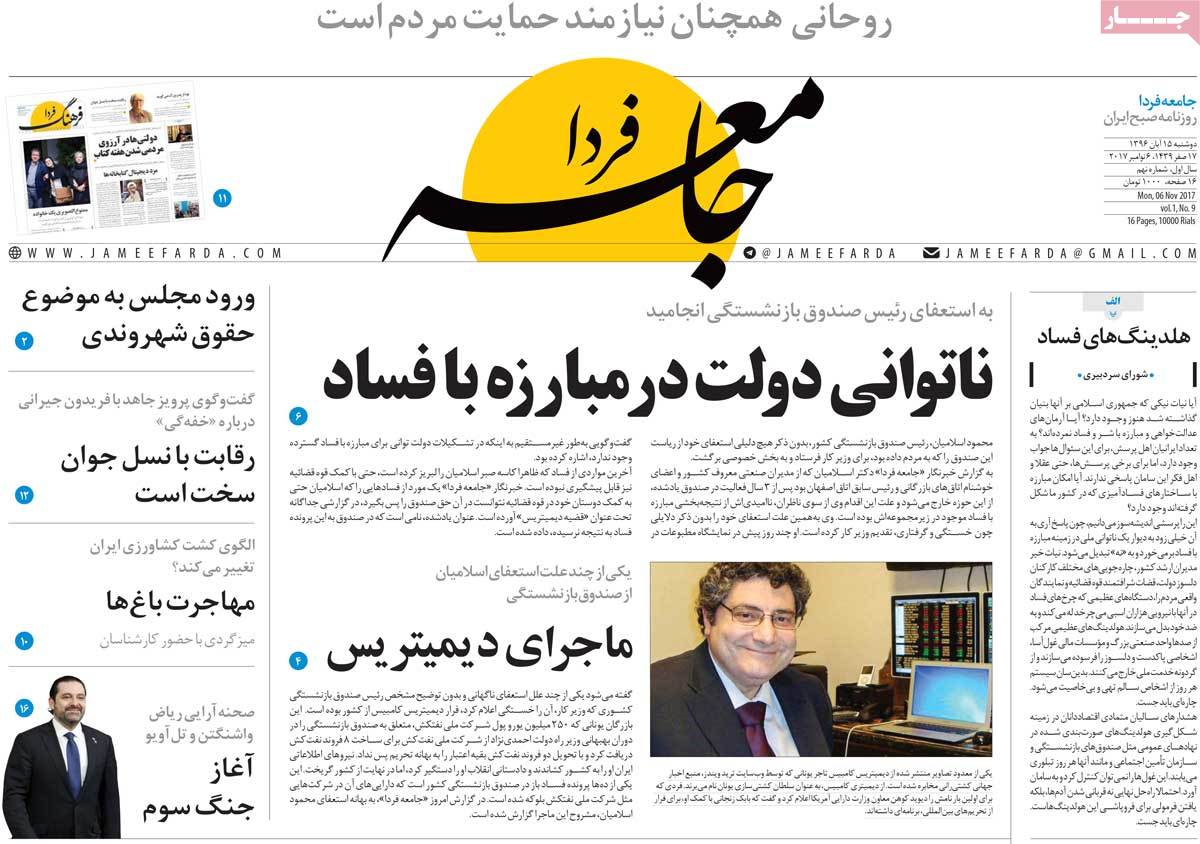 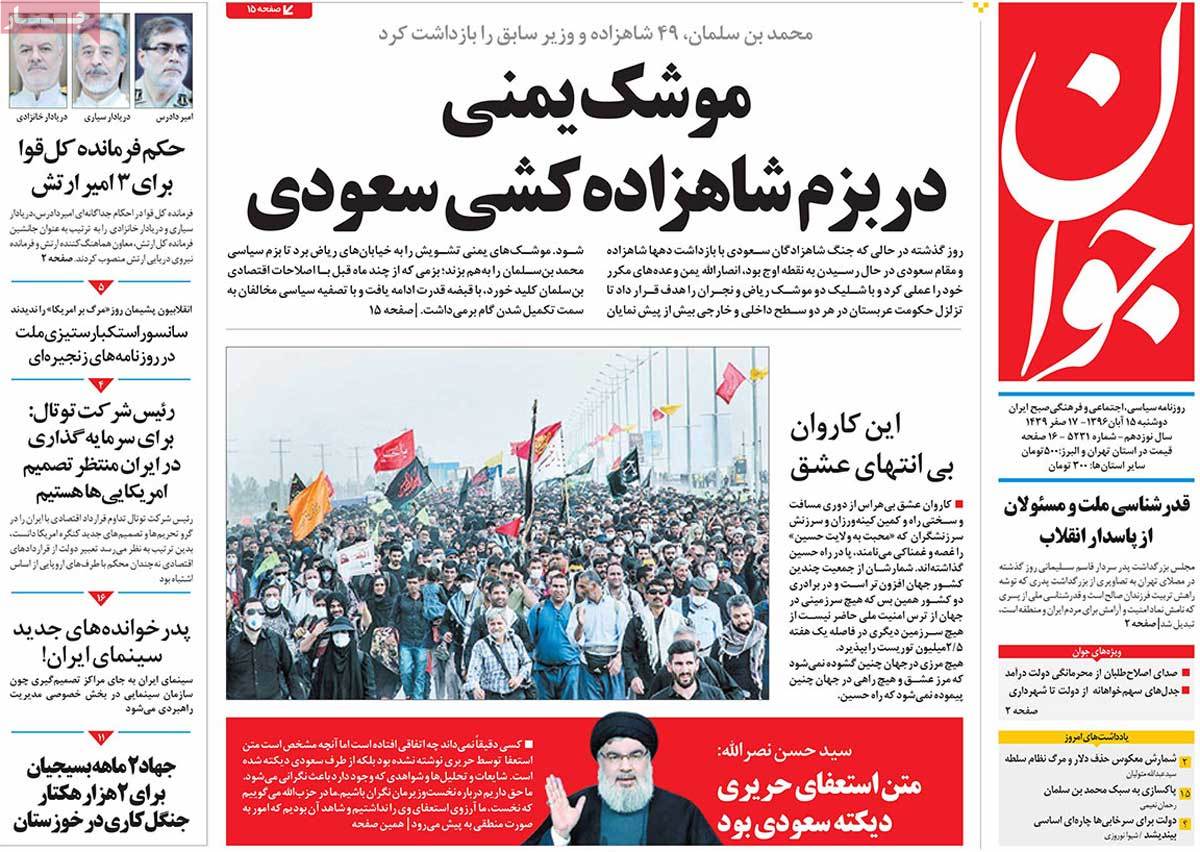 1- CEO: Total Not to Withdraw from South Pars Project Easily 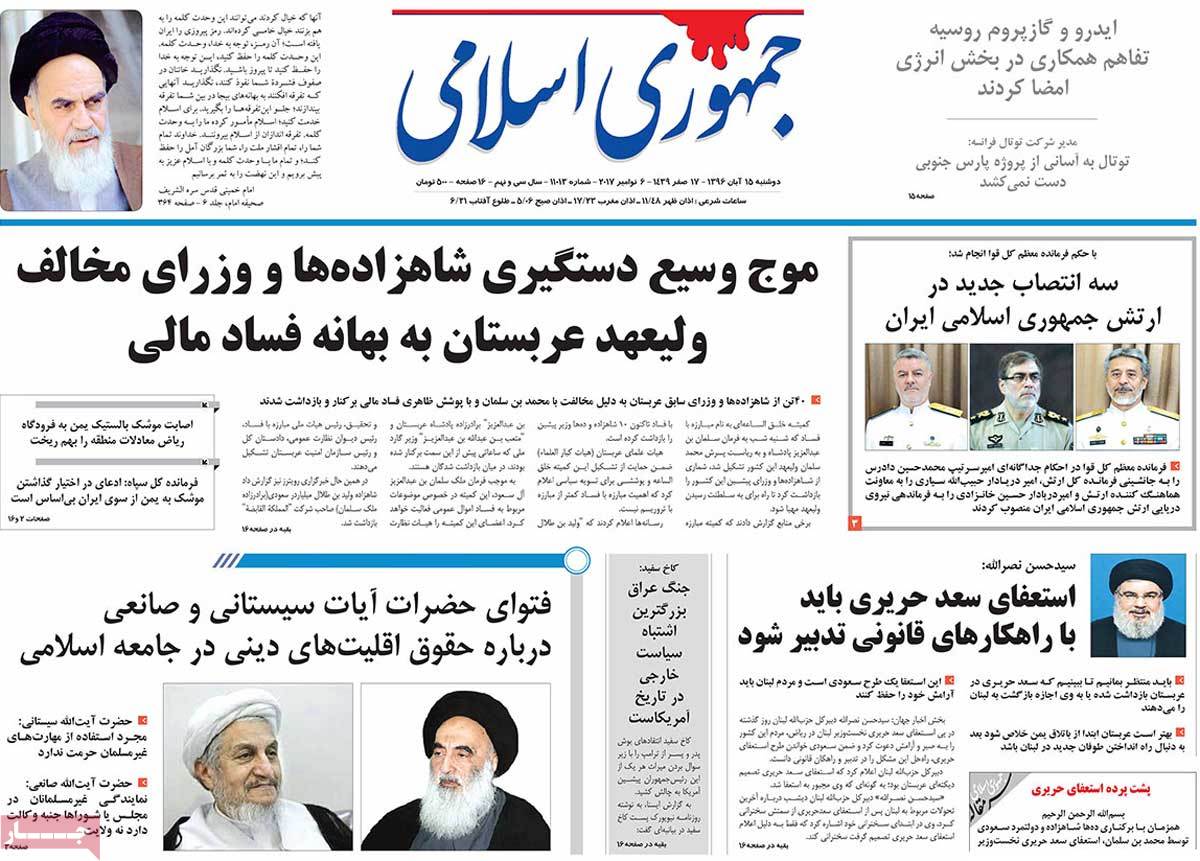 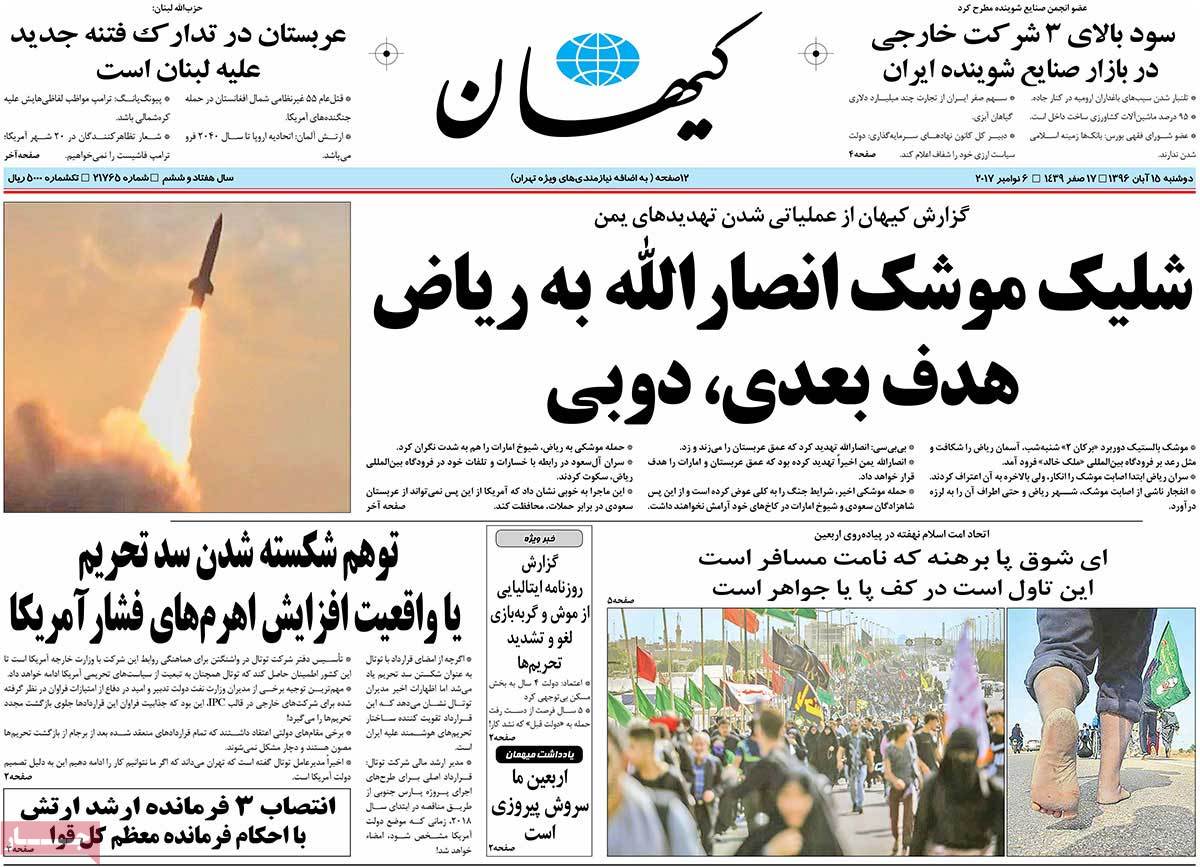 1- Netanyahu Cannot Do Anything against Iran but Making a Fuss 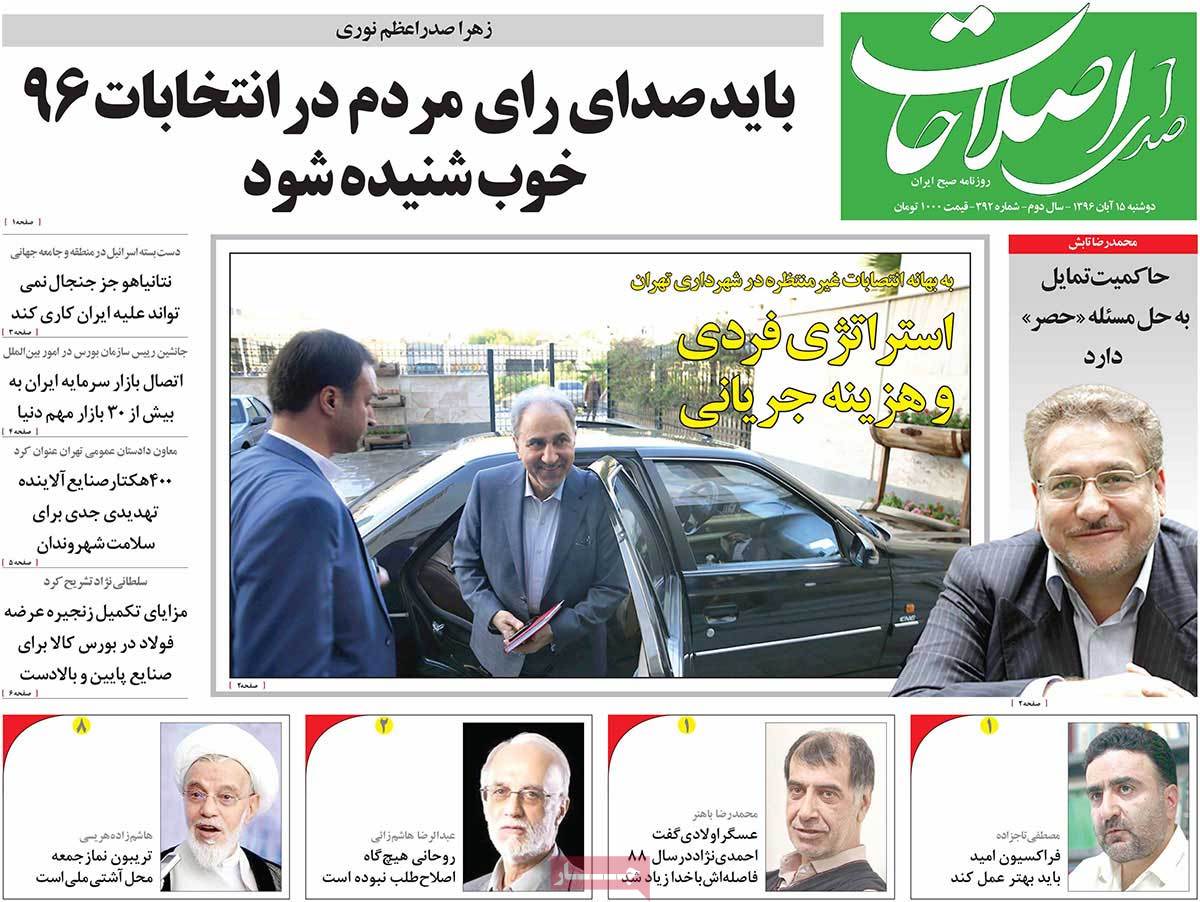 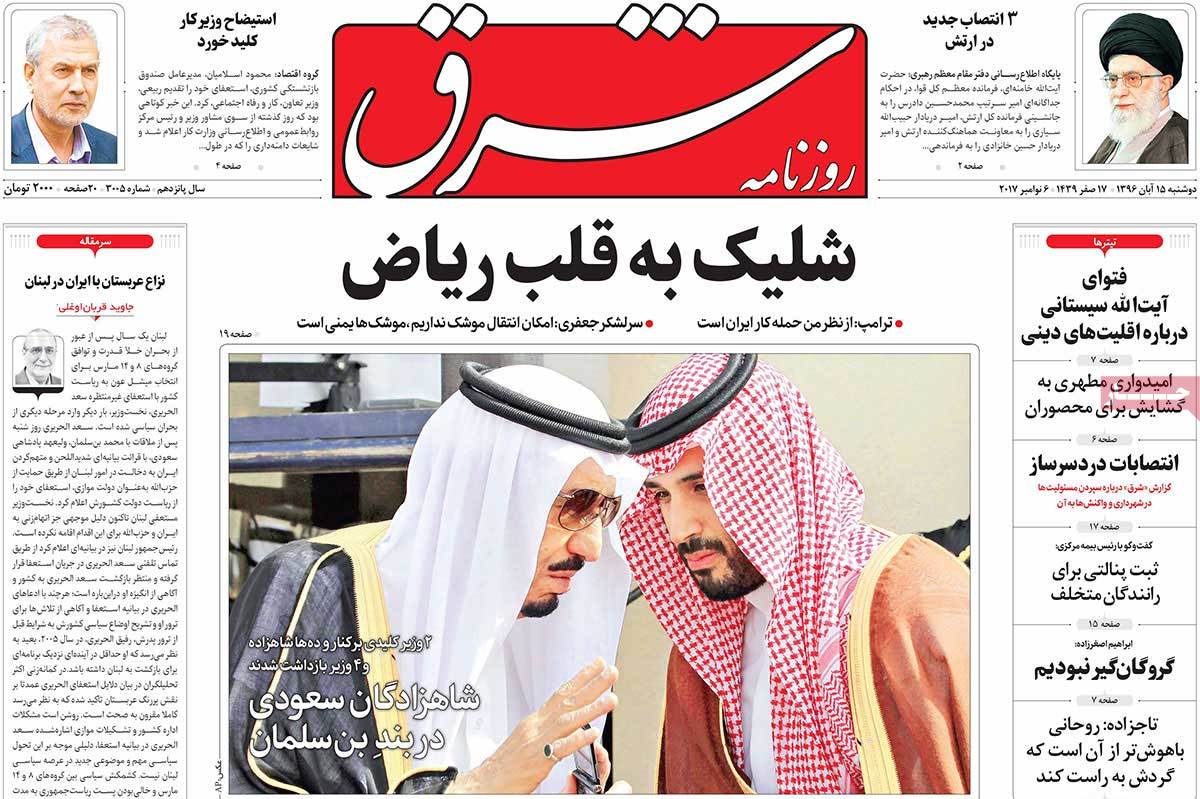 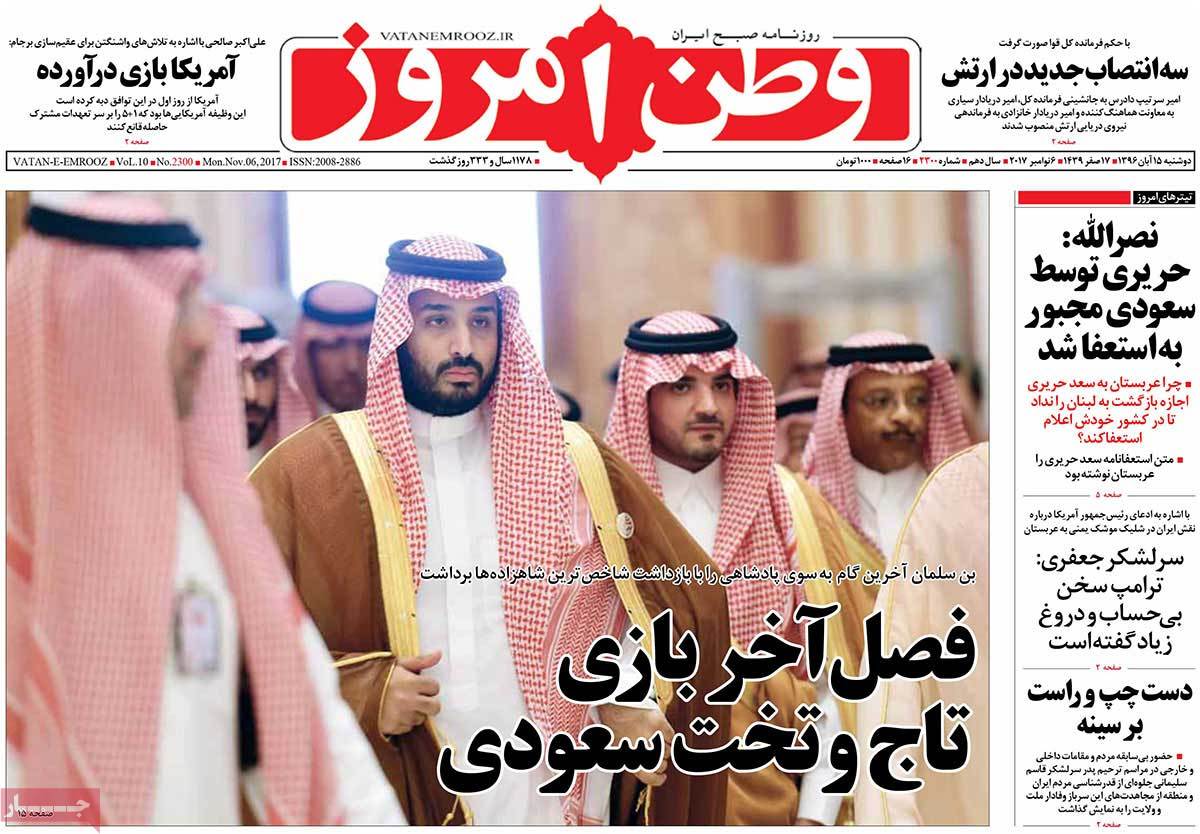