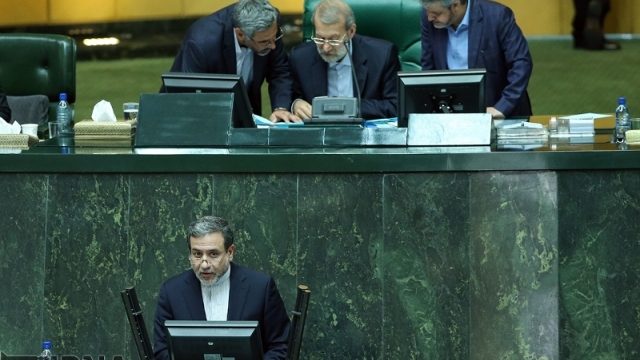 IRNA – US bad intention is the biggest obstacle on implementation of the July 2015 nuclear deal between Iran and the world powers, a senior Iranian diplomat said here on Wednesday.

‘With its ill will, the US has always acted against Iran’s interests in the international deal,’ Abbas Araqchi, Deputy Foreign Minister for Legal and International Affairs said in Majlis (Parliament) open session.

Araqchi, who is also head of Foreign Ministry Headquarters to Monitor the implementation of the nuclear deal also known as the Joint Comprehensive Plan of Action (JCPOA), said the cases of the US lack of commitment have increased in recent months and also in the tenure of the new US President Donald Trump who won the Nov 8 presidential election in America.

Araqchi, who attended the Majlis session this morning to discuss the Foreign Ministry’s 7th report on the JCPOA, noted that it is an almost complete report on the US hostilities, disloyalties, violations and also delays in implementation of the nuclear deal.

Since the announcement of ‘Implementation Day’ of the JCPOA on January 16, 2016, Iranian Foreign Ministry has been responsible for giving regular reports on the implementation of the deal to Majlis every three months. Majlis discusses reports every six months.